I recently reactivated a premium subscription for a music streaming service, but instead of using it to discover new music, I’ve been revisiting the pop and R&B hits of the ’80s and ’90s, respectively. It’s the stuff I grew up with. Lolawolf can relate. The trio’s style is a darkly introspective take on synthpop that draws inspiration from the sounds and feelings of the ’80s and the sensual, R&B grooves of the ’90s.

According to Lolawolf’s James Levy, the band came together last summer over a shared desire to record “just for fun.” Jimmy Giannopoulos and Zoë Kravitz lived a couple blocks away in New York and Levy joined them for a song. And then, “boom.” Soon after, Kravitz was filming in Los Angeles and Levy and Giannopoulos came out to keep her company. “It was just kind of something to do,” revealed Kravitz. “To waste time.”

Although Lolawolf’s origin story is that of a diversion, their brief history has spawned a universally acclaimed self-titled EP, with a second already completed and ready to drop “real soon.” In regards to future hopes and plans for Lolawolf, Kravitz intimated “if people are responding, then we’ll keep on giving, so we’re just going with the flow.”

Lolawolf had the unfortunate position of playing in Los Angeles the same night as Miley Cyrus’ Staples Center performance, which included a smooch with Katy Perry and an appearance from The Flaming Lips. “That’s where everybody is right now. Probably why the front room is empty,” Kravitz lamented. “I wanted to go.” Following our pre-show chat, I returned inside to find the barely illuminated Bootleg Bar had finally filled with anxious fans and friends loudly buzzing. 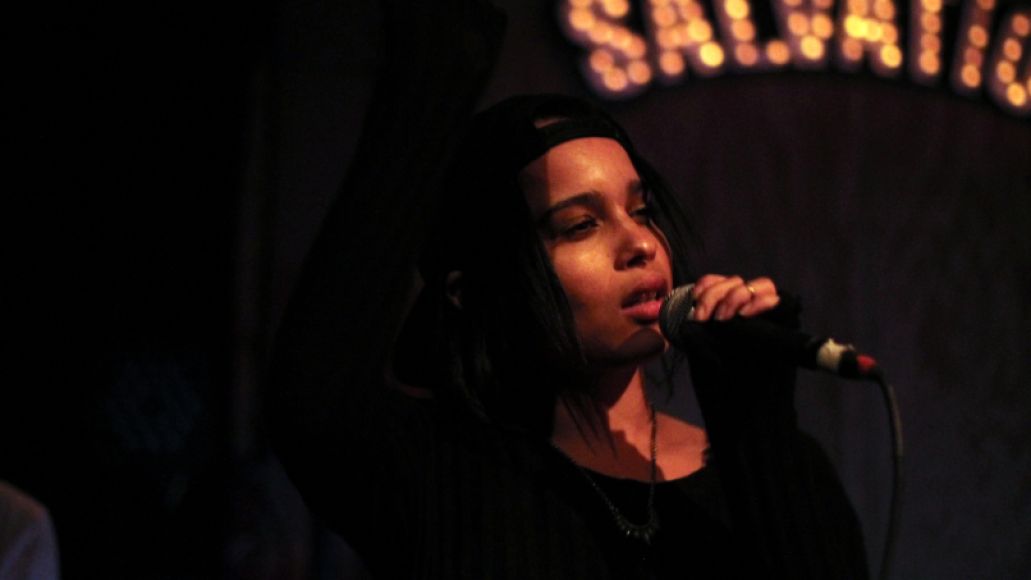 My biggest concern with seeing Lolawolf was how they would translate onstage since their brief history only includes a handful of live shows. These fears proved unfounded because the trio exhibited a chemistry of a band whose history was anything but brief. Giannopoulos and Levy share a longer history together as Reputante, and with Lolawolf, they locked into like-minded bass-and-synth grooves while Kravitz danced along, usually with a tall can of Tecate in hand.

During our outside interview, Kravitz revealed that performing onstage felt more vulnerable compared to being in front of the camera. “I think when you’re in front of the camera doing a film, you’re saying someone else’s words and you’re wearing different clothes than you would normally wear and you’re acting like someone else and pretending the camera’s not there. And this is pretty much yourself saying your diary onstage to a bunch of people who are watching you, so it just feels a bit more vulnerable to me.”

All eyes were on Kravitz as she commanded the stage with an exposed but confident level of intimacy, often appearing as if she had lost herself to the moment. Besides her seductive coos and sways, Kravitz at one point unleashed a fury of drum machine punishment during one of their tribal to-be-released numbers.

Lolawolf’s vibe juxtaposed the more detached, laid back leanings of the West Coast with an East Coast grit and intensity. Songs such as “What Love Is” felt like long-lost ’80s pop anthems in the way they balanced the sweetly playful with enough of an edge to draw some blood. Half of the set consisted of songs from their upcoming EP and drew more influence from the ’90s and brought a TLC and Ginuwine-inspired overload of sensuality that left many breaking a sweat or clutching their date. 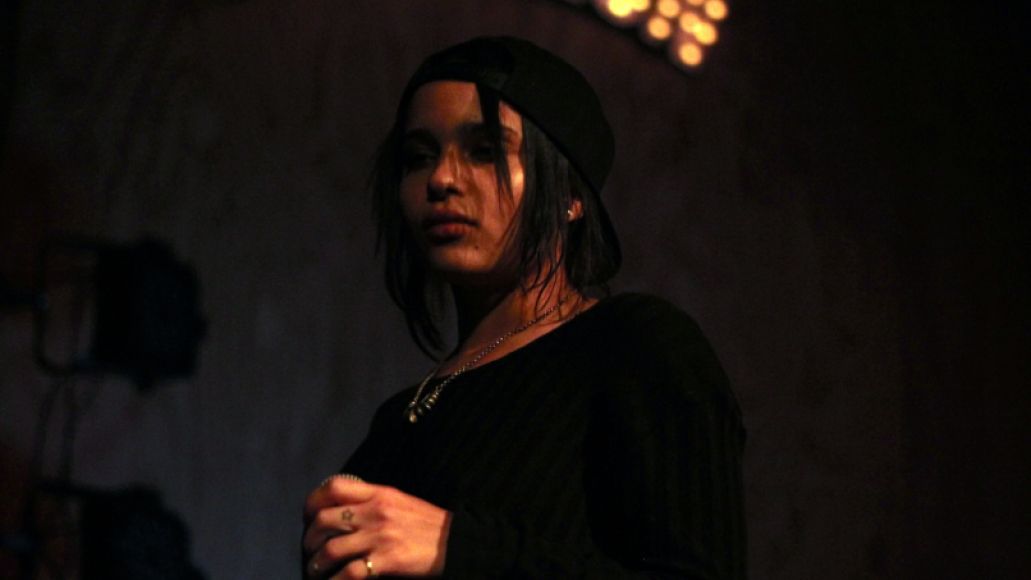 Lyrically, Kravitz cut straight to the point. During single “Drive (Los Angeles)”, she asked “Would you take me to the west side? Would that be alright? I could stare out your window. And fuck you tonight,” before promising “not to break down after my second line.” On “Chainz” she pledged, “I’d put you in chains if I could change you.” Lolawolf’s zeal is how they go beyond the pop acts of yesteryear that could only allude to the sex and drugs side of rock and roll, or certainly never acknowledge it with such candor. For Lolawolf, the “R” in R&B may as well stand for “dark.”