Cults is a band. They are from New York. They are young and attractive. They have long hair that, slick with sweat and product, tumbles dramatically over their faces. They made a song that was in an iPod commercial. Cults’ music is pretty and pleasant and a perfectly fine thing to sway to. Nobody will remember them in 20 years.

That’s an unfair assertion. I apologize. But they’re opening for the Pixies, a band approaching their 30th anniversary, a band whose music hasn’t aged and magnetism hasn’t waned. The Pixies sound, objectively, like no one else, so when a band that sort of sounds like everyone else opens, it can’t help but collapse under the aura of legend that surrounds it.

And legends they are. Earlier that day, before I conducted my own amusing/frustrating interview the band, I heard several other journalists bumblingly introduce Black Francis, Joey Santiago, and David Lovering as such. The band knows it, too, and has been operating as such since it reunited in 2004. As I watched them shuffle through those interviews (mine included), I could only think one thing: they don’t need us. The audiences are going to come. Backlit with shuttering fluorescents, they play the hits and, subsequently, cash the checks. Rinse and repeat. The only things separating the Pixies from a band like Tommy James and the Shondells are the venues they play and an indie credibility that’s iron-forged. 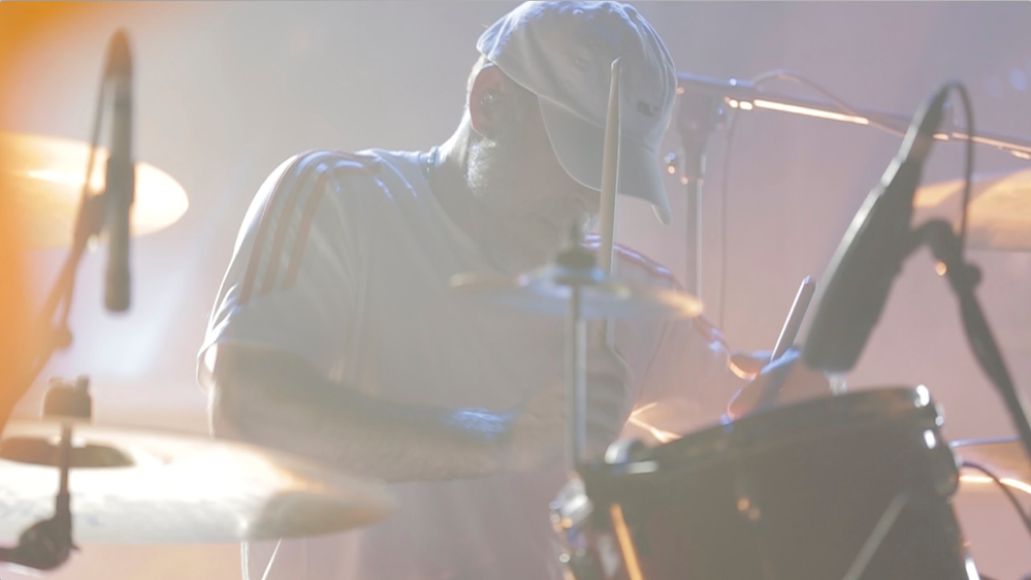 Well, that and incredible songs. But the Pixies catalogue demands passion, engagement. And I realized that over the years, through some kind of cultural osmosis, I’d prepared myself for a complacent set, proficient but with a lack of engagement. I realized I wasn’t as excited to hear “Where Is My Mind” live as I was to see the Pixies and be able to say for the rest of my life that I saw the Pixies.

Perhaps that’s some sort of definition for what constitutes a “legend.”

This made me smile. The Pixies formed in 1986, but here was this guy extrapolating their legend further, building myths, inflating the dragon to twice its size. 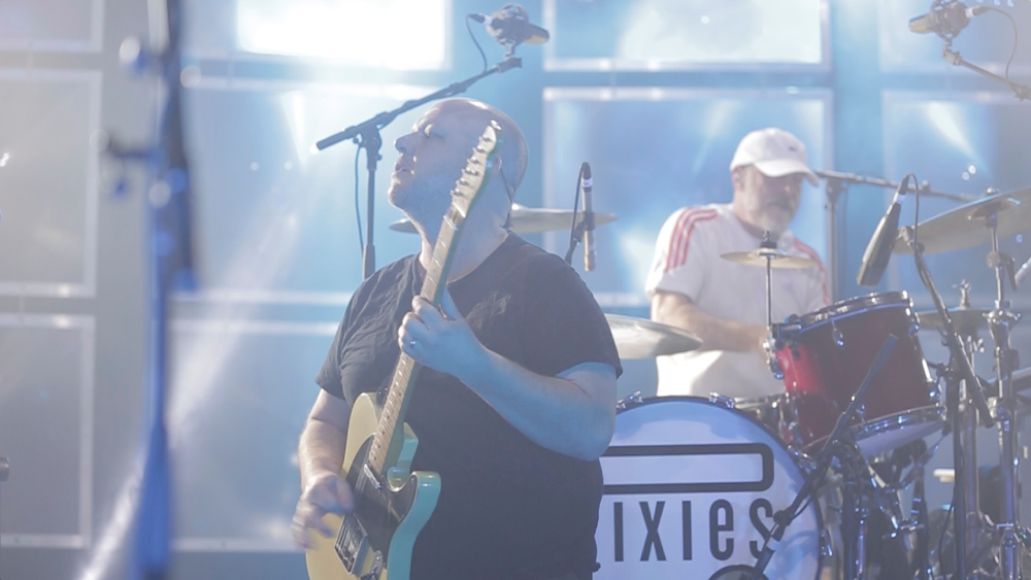 And that’s when I heard “River Euphrates”. I did not expect to hear “River Euphrates”. Suddenly, I was screaming along to “River Euphrates” and I wasn’t this jaded music writer at the Riviera anymore, lamenting about legends and disappointment. I was the high school kid shredding my vocal chords on some summer day, purging my adolescent angst as I cruised Detroit suburbs in my ’96 Cavalier. And I never left that head space for the rest of the concert, because they never let me leave. “Gouge Away”, “Here Comes Your Man”, “Hey”: we sang every one, me and that packed house. “La La Love You” made us melt. “Vamos” made us shriek. And their new songs, the ones off those much-maligned new EPs? They could’ve been deep cuts off their back catalogue, ones we never quite remembered the words to. “Was this on Bossanova?” my friend asked during “Andro Queen”.

They’re not so bad, guys, these new EPs. And those shows in the mid-to-late aughts, the ones we left feeling unsatisfied? Those probably weren’t so bad, either. They’re just, perhaps, not what we wanted. We want Doolittle, Trompe le Monde. We don’t want legends. But the Pixies are legends, and the joy we get from seeing them live isn’t in discovery, as it was on their records, but in the recollection of what those songs mean to us.

Last night, the Pixies were not complacent. Nor were they all that surprising (though hearing their cover of “In Heaven” was a delight). They were simply building the legend. And I’m glad I got to be there for it.