The restoration of the United Artists Theatre to its former glory was an ambitious task that proved successful and is the latest moment in the revitalization of Downtown Los Angeles. A centerpiece of the recently opened Ace Hotel, the theatre’s brand of opulence is more appropriate for the kind of cathedral that appears on postcards from Europe rather than a Depression-era cinema turned 21st century concert venue.

Spiritualized are a likewise ambitious band, with Ladies and Gentlemen We Are Floating in Space as their masterpiece. As luck would have it, they were in town to perform it for the opening night of the United Artist Theatre. Yes, the Ace Hotel, Goldenvoice, and FYF joined forces and ingeniously booked a band to perform an album about lost love, obsession, crushing loneliness, and self-medication on the day of chocolate boxes and roses. Thanks to the “spiritual” side of the band and the venue’s cathedral-like elegance, the Valentine’s Day show was an almost-religious pilgrimage for the lonely hearts of Los Angeles and beyond.

Prior to the start of the show, a heart-shaped spotlight illuminated the stage curtain, and shortly before 9:30 p.m. the curtain was finally raised to reveal 30 people onstage, including an orchestra and nine-piece gospel choir. When Jason Pierce intonated “All I want in life’s a little bit of love to take the pain away” during “Ladies and Gentlemen We Are Floating in Space,”  it was as if he were a reverend introducing a sermon, and tonight’s service had a theme of heartache. To complete the hymnal effect, the choir incorporated segments of “Can’t Help Falling in Love” during “Ladies” and remained to support the band throughout the night and deliver the event’s ultimate moment of catharsis with a rendition of gospel classic “Oh Happy Day.” 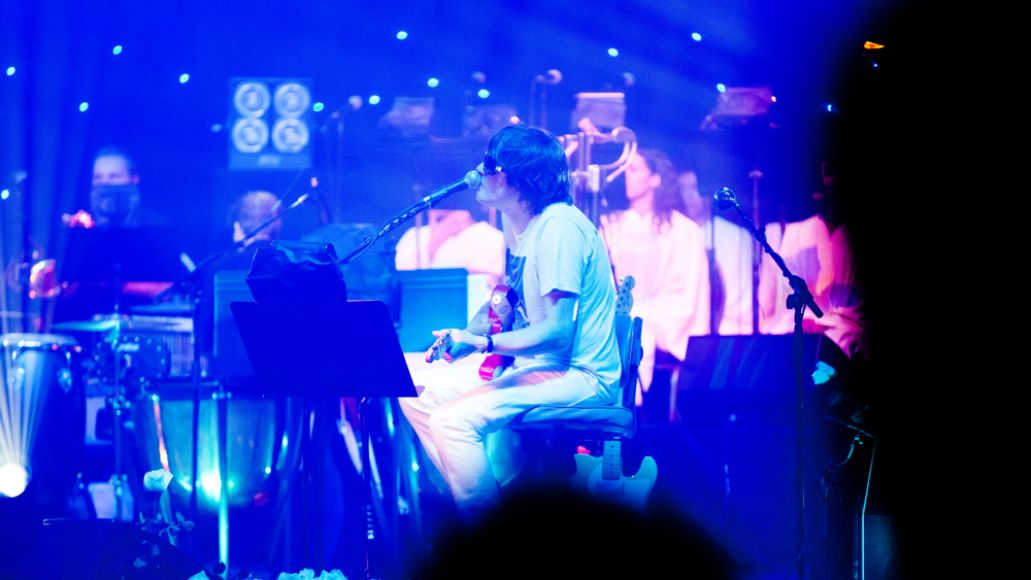 
Despite the gospel influence and comparatively delicate numbers like “Stay with Me” and “Cool Waves”, Spiritualized proved to still be primarily a rock band. Specifically, a space rock band with a penchant for lengthy instrumental freakouts such as the storm of blaring horns and screeching feedback on “Electricity” or the extended climax of on the jazz-influenced “Cop Shoot Cop”. With so many sources of dissonance and a light show that inspired moments of delicate beauty and strobe onslaughts in equal measure, Spiritualized were often overwhelming. A pair of fans that humblebragged they took “just enough mushrooms to enjoy the set” earlier in the evening couldn’t deal and had to leave well before the encore.

Jason Pierce is anything but a rock frontman, however. Pierce remained seated at the side throughout the night rather than front and center and barely spoke between songs. Nevertheless, fans still affectionately squealed “J. Spaceman!” at least once after every song. Banter, energy, and charisma aren’t remotely necessary, though. A Spiritualized performance is less about the show and more about the journey, and on Valentine’s Day we were given a once-in-a-lifetime voyage throughout the cosmos. 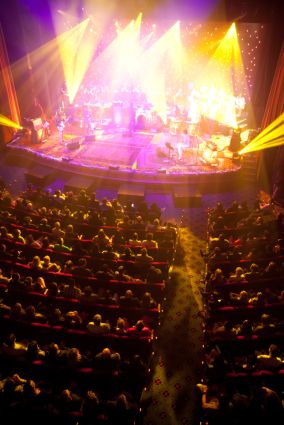 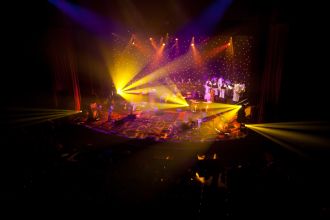 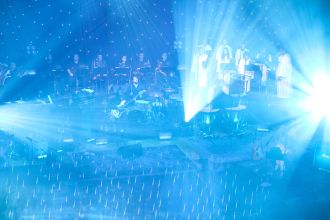 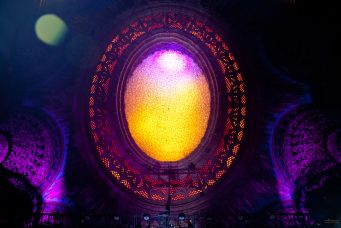 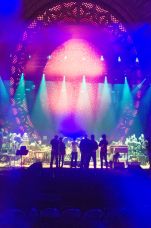