At some point or another, all of us have plead musical ignorance. No matter how hard we try, there’s always one album that slips past our eardrums, that embarrassing void inside our personal music library. Even writers here at Consequence of Sound have missed out on legendary albums loved the world over. But what good would we be to not correct that mistake? It’s a feature we call, Wait, You’ve Never Heard.

The reason that I’ve never heard For Emma, Forever Ago is that I’ve been avoiding it. I have hated Bon Iver for as long as I’ve known who Justin Vernon was. Oh, trust me: Plenty of people have tried to change my feelings about him. I’ve heard the passionate reasoning, and I’ve heard clips. I got a free track from Starbucks, and I still hated it. I hated that track so much I deleted it — a free song, mind you. Vernon sings like he’s half-holding his breath, and in terms of lyrical comprehensibility, he’s right up there for me with Dylan (whose voice is at least enjoyable). So, even though practically everyone I know is crazy about For Emma, Forever Ago, I wrote it off.

I’d have gone right on offending the men in my life (science has shown that nothing turns off a hipster date quite so fast as my opinion of Vernon) if not for Brian Fallon. I got into vinyl and discovered The Gaslight Anthem around the same time, and they’re equally passionate love affairs. On my very first Record Store Day, Black Friday 2012, I went to two different stores to score the Hold You Up 10”. All three of the tracks are quite good, but it’s “Skinny Love” that really snagged me. Back the tone arm went, again and again — I just couldn’t get over that song.

Around the 20th consecutive repeat or so, my extraordinarily patient boyfriend, with just a hint of smugness, burst my bubble: “You know that’s a Bon Iver cover.”

“But this is BRIAN FALLON. It doesn’t matter who wrote the song,” I replied with characteristic ironclad logic. Still, it’s not often that our opinions about music differ so widely, so later that day, I sampled the original. Fallon’s style and deeper voice are more my taste, and quickly enough I was back to the 10”, convinced I still hated Bon Iver.

But a funny thing happened on the way to the haters’ convention: I noticed that the record player helped me listen to music in a fundamentally different way. Whereas on the computer I’d often skip around, jumping track to track, the turntable demanded to perform its duty. The smoothness of the sound and the hypnotic nature of the rotations got me to sit down, away from the controls, and just be. As a result, quieter music started to turn me on, songs that had gotten lost in the metallic hum of my MacBook. I started lying on my back and listening all the way through to albums I’d never sat through before. I had meaningful experiences with Godspeed You! Black Emperor and Andrew Bird instrumentals.

At Christmas 2012, my brother presented me with Sufjan Stevens’ Greetings from Michigan: The Great Lakes State, with no way of knowing that I thought I hated Stevens for basically the same reasons as Vernon. One day, from the other room, my boyfriend put on a record, something I didn’t recognize, and though it felt too quiet at first, it grew on me, and when the first side ended, I flipped it over. It was, of course, Michigan.

A flash hit me then: If the turntable could rehabilitate my opinion of Stevens, could it do the same for Vernon? Could I finally break through and understand why so many people who I love also love him? The used vinyl bin at my local haunt coughed up a copy of For Emma for $10, and I decided to find out.

On the first spin, I have to admit, I wasn’t won over yet. When I flipped the record and “Blindsided” began, my cat started to yowl along with the music. It took me a few hours to work through spins two and three (both sides this time, the cat sleeping indignantly in the other room).

I still can’t understand what Vernon’s saying, except on “Skinny Love”, which I know from the Gaslight version. While I fished for the liner notes, out fell the original download code for the MP3 version (apparently I’m not the only person who can’t get into Bon Iver). It still works, and the electronic version reveals a disparity: Some of the crackles and pops, the small background noises that had started to grow on me, are the result of the slight markings on my record, which resulted in its discounted price. The intentional noises (like on the back ends of both “Blindsided” and “Re: Stacks”) fade and slip away through my laptop speakers. Now that I’ve grown to expect it, I miss the fuzz and turn back to the physical media.

By the fourth and the fifth spin, I’m starting to enjoy the proceedings a bit more. It’s snowing hard outside, the right conditions for this record, and I’m starting to hear how this could be good with a glass of wine. Home alone and allowing it to play as background music, I’m able to approach it more as an instrumental. I usually prefer my music with a clear narrative thread (a la Gaslight Anthem, Bruce Springsteen, The National), but subtler arrangements like these are growing on me via vinyl. If I let For Emma be atmospheric background ether rather than trying too hard to listen, I can actually enjoy it. 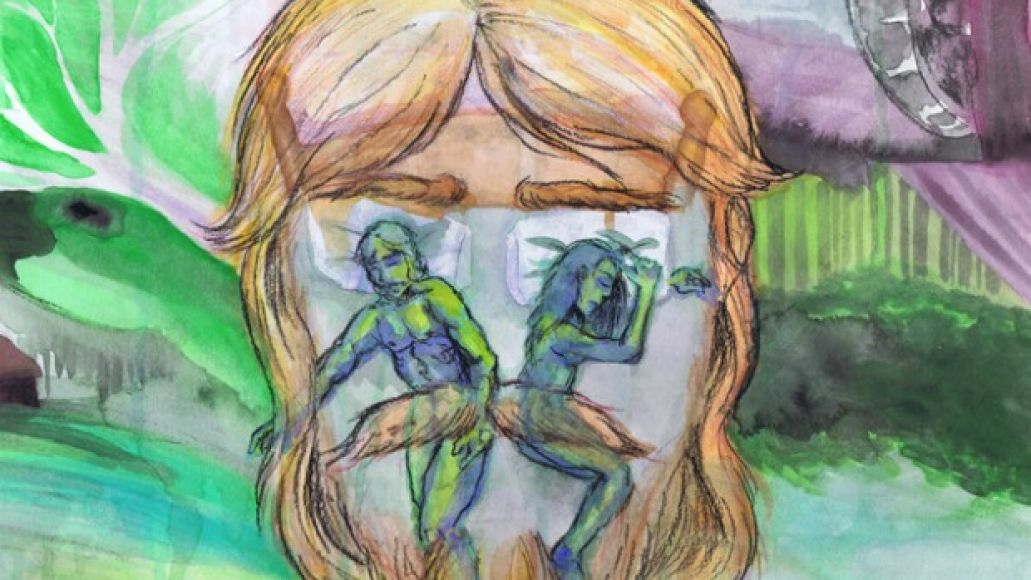 At the end of my week of listening, I’m starting to anticipate and sink into the music, particularly the horn flourishes at the beginning of the title track, and the quiet guitar that coasts off closer “Re: Stacks”. I still find the verses to that song grating, but as background, as atmosphere, I can let them go. I still don’t know what Vernon is saying most of the time, but I’m starting to let that go, too. The cat has stopped howling. I am singing along with “Skinny Love”.

Am I a huge Bon Iver fan? No. I doubt I ever will be. But in the middle of this very not bon Chicago winter, physical media has caused a seismic transformation in my ability to appreciate the music. I prefer my “Skinny Love” like I prefer most of my music (that is, sung by Brian Fallon), but I am glad to be able to give genuine props to the man who wrote one of my favorite tracks. I’m sorry I hated you for so long, Justin Vernon.