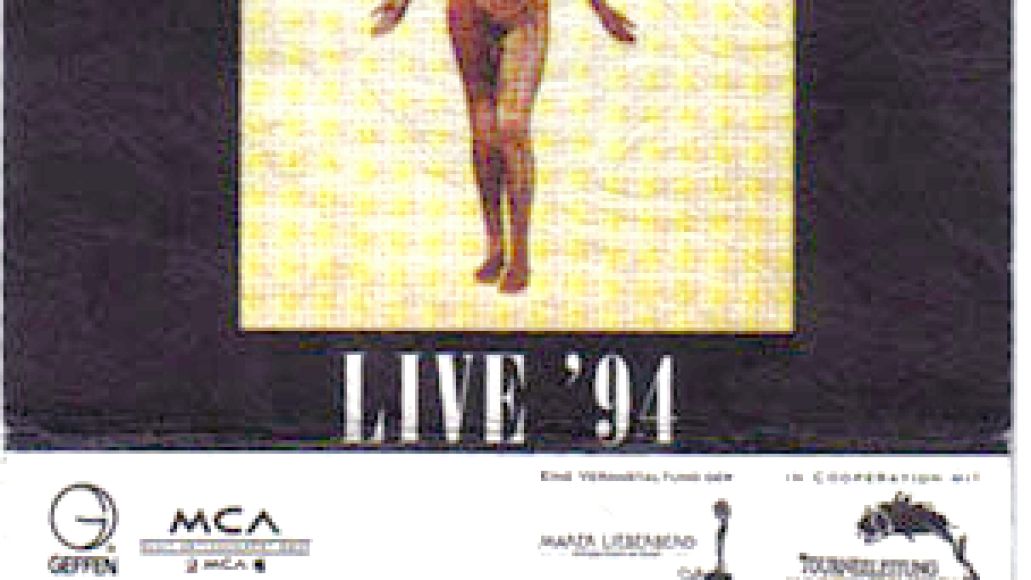 On March 1st, 1994, Nirvana played what would be their final show ever.

The band took the stage that night at Munich’s Terminal 1, an old German airport hanger that had been shut down two years prior. Things started off in as good a place as any, with the band breaking into an impromptu cover of The Car’s “My Best Friend’s Girl”. Kurt Cobain and Krist Novoselic even outroed by signing “Moving in Stereo”.

But it wasn’t long before things got a little hairy for the band. Cobain had a long history of chronic bronchitis, and the illness reared its head by the time he was singing “Drain You”. With his voice clearly taxed, he did his best to soldier on, as rock stars will do. However, outside forces were against Nirvana that night; when the band entered the sixth song, “Come As You Are”, the power cut out.

Undeterred, they continued on acoustically, but ended up cutting what would’ve been the seventh song, “Smells Like Teen Spirit”. Ominously, Novoselic reportedly poked fun at the song having been cut from the set, saying, “We’re not playing the Munich Enormodome tonight. ‘Cos our careers are on the wane. We’re on the way out. Grunge is dead. Nirvana’s over. . . our next record’s going to be a hip-hop record!”

With the power restored, Cobain’s voice strained through the rest of the set before it mercifully ended with a wrenching rendition of “Heart Shaped Box”. The whole show lasted 80 minutes, the shortest of that European tour. Immediately afterwards, Cobain was diagnosed with bronchitis and laryngitis. The rest of the tour was canceled, including two more scheduled shows in Germany, and Cobain absconded to Rome for treatment.

His wife, Courtney Love, met him at the Excelsior Hotel the following day, March 3rd. On the 4th, Cobain fell into a coma after ingesting the tranquilizer Rohypnol and champagne. He was rushed to a hospital, where he had his stomach pumped, and he came out of the coma the next day. “I called Kurt after Rome,” Dave Grohl told Rolling Stone last year. “I said, ‘Hey, man, that really scared everybody. And I don’t want you to die.'”

Though the event was ruled an accidental mixing of drugs, it has often been cited as the beginning of the rock icon’s final descent. One month later, after fleeing a Los Angeles rehab facility, Cobain would take his own life in his Seattle home.

It’s almost tragically fitting that Nirvana’s final show was anything but immaculate. Cobain’s strained vocals, Novoselic’s off-the-cuff remark, even the power outage all seem foreboding in retrospect. Then again, maybe what Grohl said about In Utero could have resonance here:

“The album should be listened to as it was the day it came out. That’s my problem with the record. I used to like to listen to it. And I don’t anymore, because of that. To me, if you listen to it without thinking of Kurt dying, you might get the original intention of the record. Like my kids. They know I was in Nirvana. They know Kurt was killed. I haven’t told them that he killed himself. They’re four and seven years old. So when they listen to In Utero, they’ll have that fresh perspective – the original intention of the album, as a first-time listener.”

So just imagine: You’re a grungy German kid – long hair, loose t-shirt, and a ticket to a Nirvana show. Hey, they don’t come through here every day, and that In Utero album is incredible. Sweat pouring, fists in the air, crowd surfing over 3,000 other fans – this is gonna be a great, great rock show, flaws and all.