A few days ago, the Internet was all atwitter when The Echo Nest’s Paul Lamere collated extensive polling and listening data to create two maps of every state’s most distinct and most listened to musical act. The Echo Nest also made all that data available in a convenient online app, and now a gent by the name of Randal Cooper has used it to figure out each state’s least favorite artists. And the results make one thing clear: No one north west of Missouri likes R. Kelly.

Well, that’s actually a bit misleading. See, what Cooper did was compile data comparing artists listened to more in the general United States than in any particular state. For example, R. Kelly ranks 42nd country-wide when looking at the top 50 artists, but clocks in at 1,029th in Wyoming. Things change when you up to list depth to the top 100, and suddenly John Legend becomes the Cowboy State’s least favorite (79th in the U.S., 1,714th in WY).

Cooper mined data for top 50 (above), 100, and 200 artists (both below) to create three different maps. At 50, Florida, Arizona, Mississippi, Indiana and Ohio are all down on the HAIM girls, while only Illinois and Vermont are Chris Brown haters (apparently, the real Brown aversion shows when you limit to the top 40 acts). Hawaii’s not fond of The Rolling Stones, and for some reason Pennsylvanians don’t dig 2Pac. (Oh, and 15 States end up labeled as disliking R. Kelly.)

Update: The map above is actually from Music Machinery, but features all the same results. It’s just a little easier to read.

As you can see below, the results change as the list depth increases, except that Maine always hates R. Kelly. It also seems Alabama just doesn’t like anyone considered “iconic”: at 50 they have Bob Marley, David Bowie at 100, and Talking Heads at 200. When further looking at the top 200, Mississippi comes out with LCD Soundsystem, so that plus the HAIM hate means that state is pretty much dead to me. 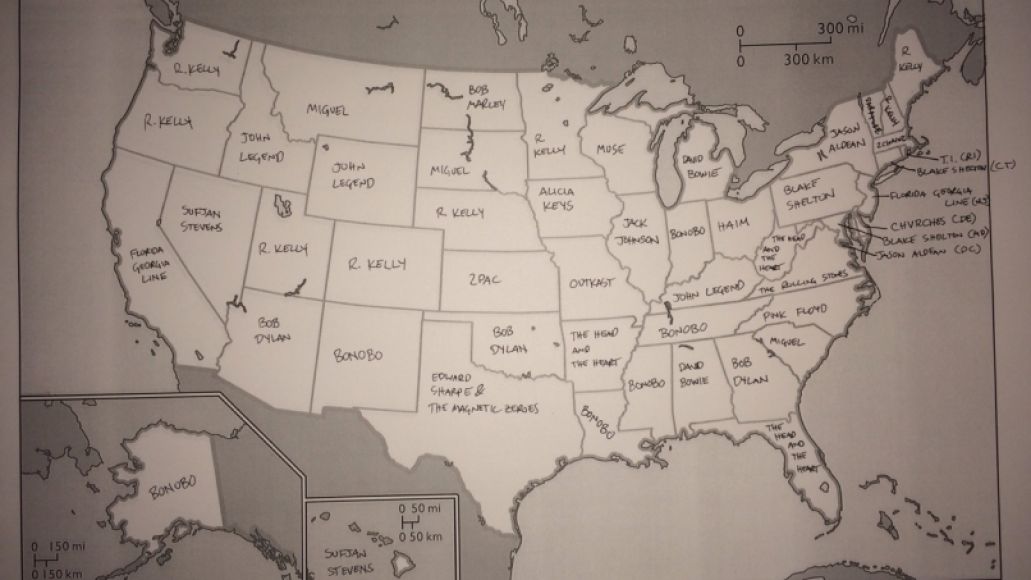 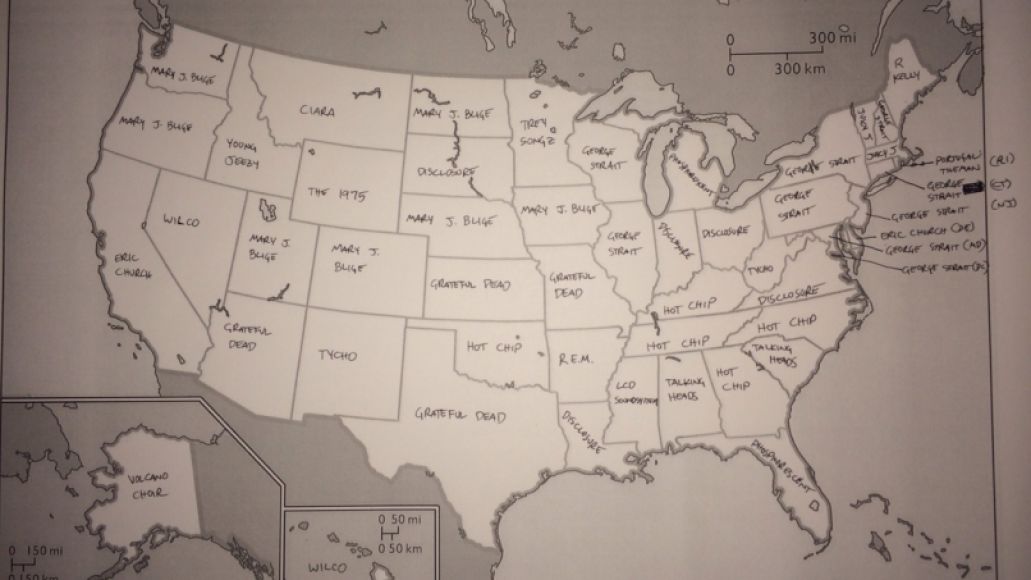 Michael Jackson Estate to Sell Catalog for Up to $900 Million: Report