Welcome to The Drop, Derek Staples’ new column focusing specifically on the ever-evolving market and culture behind EDM through op-editorials, interviews, and investigative reporting. Today, he’s discussing the oft overlooked electronic music scene in Cleveland, Ohio, and the fresh ideas and community spirit that give it life.

Has anyone ever moved to Cleveland because they wanted to?

On Christmas Day of 2013, former Cleveland resident and current genre-bending EDM producer Mat Zo posed a candid question via Twitter: “Has anyone ever moved to Cleveland because they wanted to?” The statement not only caused a minor stir in the dance community (following a reply by DC club owner Antonis Karagounis), it struck a personal chord. No more than 18 months prior, I had relocated to the “Mistake on the Lake” and found myself in a similar anti-Cleveland run on many entertainment-less occasions.

Having spent my formative years in two of America’s EDM hubs (Miami and Chicago), my late-night options were almost limitless — provided I had the funds. Just one weekend in either city pulls in more names from DJ Mag’s Top 100 list than Cleveland has likely seen in the last decade. As NYE 2014 approached and the local fervor surrounding Zedd and Krewella performances sent my distaste for Cleveland’s EDM scene to new heights, I realized I had fallen into the “EMC” trap. As the culture had grown, so had my expectations; I demanded the most coveted headliners, best sound system, highest-priced cocktails, and longest queues for me to bypass with my connections. It took a visit by living legend and founder of US rave culture Frankie Bones for me to realize that, like so many others, I needed to rediscover the P.L.U.R. that first attracted me to the culture. 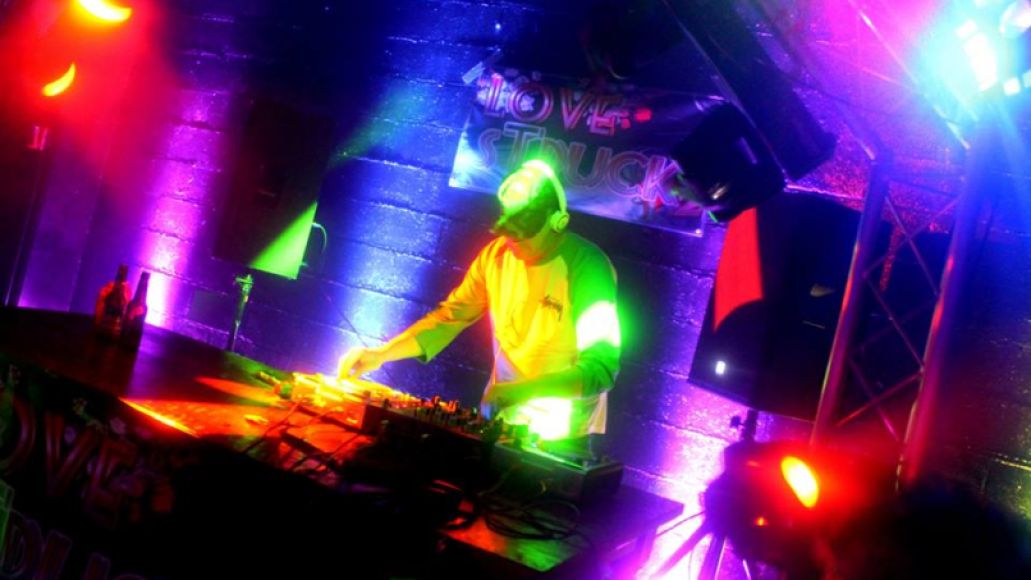 Although readily bypassed in favor of Detroit or Columbus when artists are making the jump from east coast to Midwest dates, Cleveland is actually a microcosm of the broader dance music industry. As it does in most major markets, SFX Entertainment already has its fingers within Cleveland’s limited dance floor coffers thanks to their acquisition of Disco Donnie and that brand’s presence in the city’s hip Liquid nightclub. With a leisurely walk through downtown, one quickly approaches the House of Blues, owned by Live Nation and the venue that most regularly brings in nationally touring bass talent. These two locations may book the most coveted DJ talent, but they barely represent the actual electronic music culture of this oft forgotten music mecca. Instead, it is the tireless work of a handful of underground locals that keep the pulse strong.

Three years prior to Skrillex “introducing” dubstep to the States, Dave Tucker (aka Thunder St. Clair) was booking the best of international bass-heads for his intimate SUB:merged showcase, a series that offered me my first live looks at Buku and Om Unit. GrooveHaus and Tek-Know? keep the thriving underground house and techno revelers shuffling a few times per month. And the unconventionally located Bent Crayon record shop offers a haven for beat seekers, occasionally hosting their own art-space dance parties. Although the aesthetics may be different, a room full of DJs is a common happening in northeast Ohio, each collective fueling off the success and creativity of the others.

The men behind those projects might have a few years experience on Cumulus Entertainment co-founder Shaun Malone, but none have a vision for the future quite like this EDM promoter. In the face of the ongoing morality and safety discussions surrounding dance music (think the tutu-wearing, ring-pop-sucking variety), Malone is using his network of co-eds to assist in the larger social welfare of the Rust Belt city.

Sitting at the back table of Cleveland’s Beachland Ballroom, it’s hard to chat with Malone more than a few moments before another fan wanders over to recognize Malone for his contributions to the local scene, which includes the recent sold-out Radiate event. But Malone is more enthusiastic about discussing the evolving ethics of the scene than his recent success. What started out as a one-off idea with local promoter/DJ Erik Weinert to throw an underground party (which was subsequently shut down by local authorities) is growing into a social movement. Claiming artists like Bassnectar and Gramatik as influence, Cumulus has long been accepting non-perishable canned goods for discounts on tickets — a novel idea given the hedonistic reputation of the EDM market. However, by working with many local venues and crossing paths with the next generation of city and opinion leaders, the concept continues to grow. 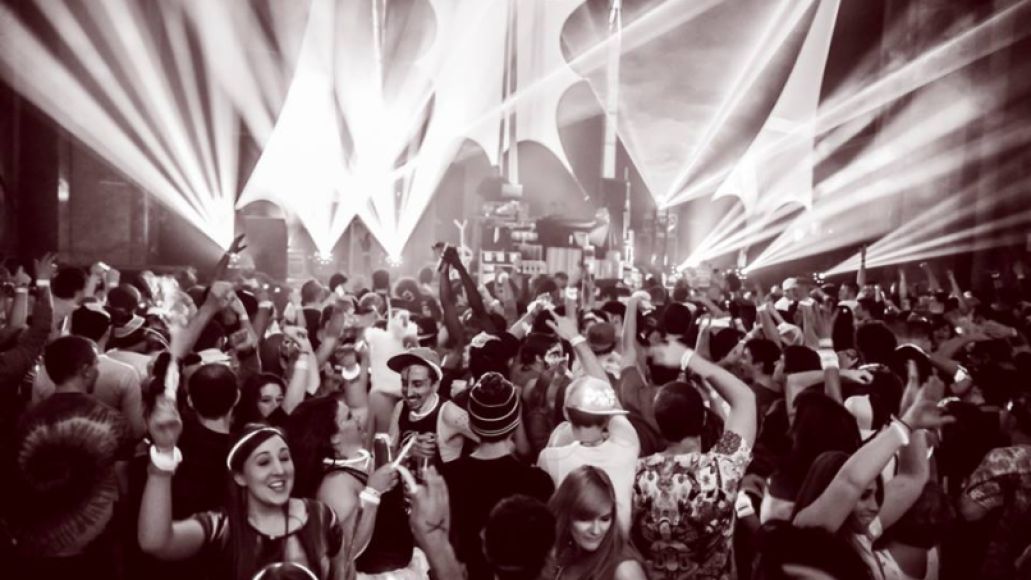 “From the onset, the plan has always been to do something greater: ‘To draw precipitation from the underground and saturate the masses.’ But I think it is arrogant to talk about the future,” Malone says of his plans. “Right now, we are working with Beachland, the Grog Shop, House of Blues, and The Agora on a ‘Tunes for Time’ project. Partnering with the [Greater] Cleveland Food Bank, kids can work at community gardens and other programs to bank up time for free shows at those venues.” Once that relationship is established, the program will have immediate growth opportunities into other non-profits seeking assistance from the city’s youth.

A regulative onslaught on dance music also means added hurdles for programs like these and others around the US (see Dance Safe). According to Malone, Cleveland permit fees have gone up nearly threefold in the last year, making it much more difficult to rent venues within Cleveland. And as public fears grow about the EDM misconception, some venue owners are simply more hesitant to rent space to dance events. “Cleveland is a fragile market. The major promoters here really have to work together to make things work,” explains Malone. However, when those other players are Live Nation and SFX, the little guy certainly has the most concerns. “I often wonder what it means to sell out, but I feel as long as this is for the greater good, it is all worth it.”

Malone, like thousands across the world, is fortifying an electronic music culture that isn’t normally glamorized. While that first rave might have been shut down by police, it was also packed with a handful of individuals that would go on to join the Peace Corps, establish programs at the local food bank, become booking agents, and subsequently become the driving force behind programs like Tunes for Time. With thousands of young adults now mobilized around EDM, this program attests that fans are beneficial for things beyond massive sponsorship fees.

In retrospect, yes, Mat Zo: People have moved to Cleveland because they wanted to. I just had to open my eyes and wash away the bottle-service disillusionment to see it. It’s true that most anyone can DJ — just like most anyone can learn the three chords needed for punk music — and it opens the door for so much exploration of regional musical identities. This personal exploration has uncovered the likes of Freeze-Tag, Andy James, Josh Mace, Broken Keys, and NightTide. As The Drop continues, I look forward to exploring your hometown.

Previously on The Drop: The Big Business of Electronic Music Culture