We’ve all heard about these dinners, whether they are charity galas or award ceremonies or grand openings, with their red carpets and thousand dollar plates — simply put, for most of us, they’re a fantasy. The one time in mday life I ended up in that room, eating that thousand dollar plate of vegetarian world cuisine, only better dressed than honoree Rick Rubin and maybe some of the Magnetic Zeroes, worried about whether the valet parking at the Beverly Wilshire Hotel was free or not, I wasn’t prepared mentally in any way for it to be the nicest event I’ve ever been to. How do you prepare for that?

Now, I didn’t grow up poor by any means. My parents have a big house, sent me to Catholic school, gave me braces, but still, the hotel, even the area of Los Angeles that the hotel was located, are all a complete mystery to me. The building was like a castle, complete with a secret entrance that an informal poll revealed takes about 15 minutes of driving around to find for the first time. The world inside was protected by a fleet of bellhops eager to park cars and transport bags, and huge metal gates blocking any unwanted visitor from accessing the fortress. Just blocks away are shops of the famed Rodeo Drive, with names like Neiman Marcus and Saks 5th Avenue familiar only in that they are clearly expensive brands but foreign enough to really have no idea what exists beyond the window displays. 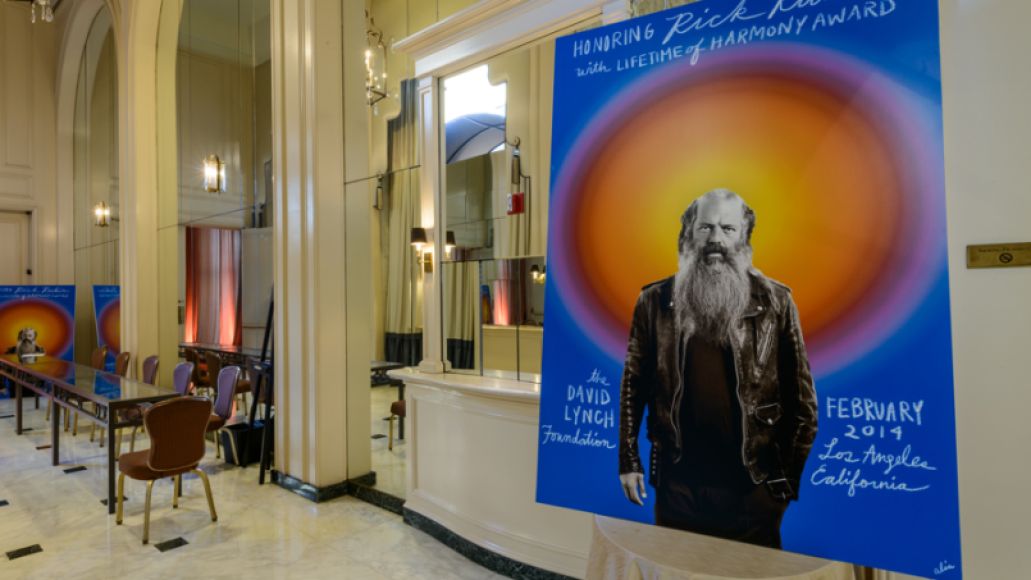 All that said, any review is through a cloud of being treated to something that people almost never get to do. But even more than that, because the host of the night was the David Lynch Foundation, a philanthropic group dedicated to bringing transcendental meditation to poor or traumatized individuals as an alternative mood therapy and medical treatment, the mission was much less music related and best measured by the money they raised. Judging by the auction results, in which items for bid included a 45-minute drive on Mulholland Drive with David Lynch, some significant cash was raised for a cause that seems worthy of closer looks by everyone. If something is really proving effective at lowering suicide rates and general happiness and making children more successful students, all for less than the medication we currently use, why not try it. I don’t think there is anyone against meditation, at least.

But unlike most of the audience, my primary reason for attendance was musical. First of all, it was one interesting character from my world giving an award to another interesting character, the recipient being someone who is known to never accept awards. With David Lynch hosting the evening (partially) and Rick Rubin lounging in the center of the room, the pedigree of those artists alone made the vibe highly respectful and attentive. Add to the fold the first Dixie Chicks performance in the U.S. since 2010, the rarely heard from Damien Rice, and rising baby-face Jake Bugg, and I had plenty of reason to trek across town, beyond the fanciness and the open bar. 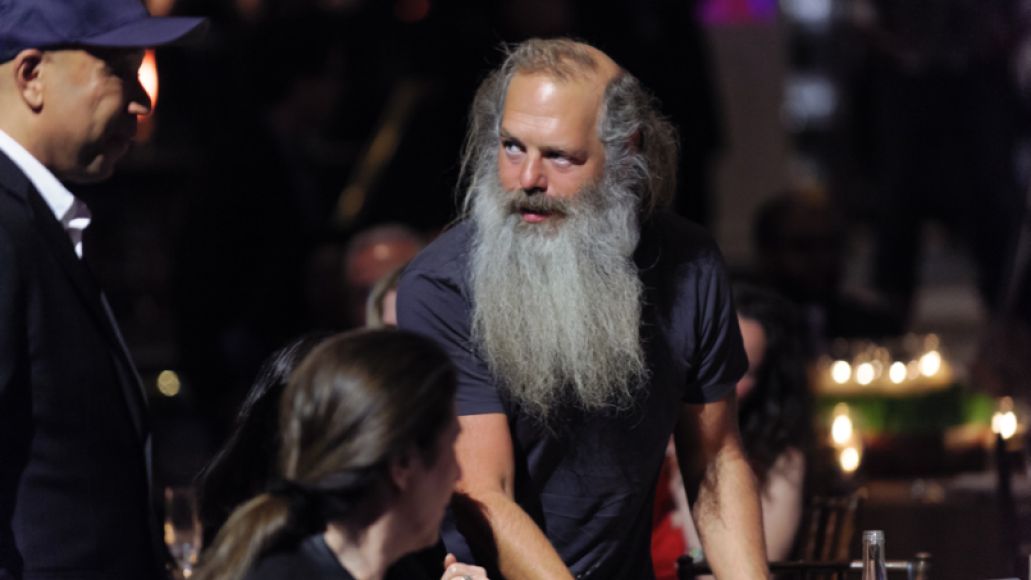 As headliners, the Dixie Chicks maybe get written off by many as a country band, but I’d argue that there isn’t an artist this century that I hold in a higher regard for both their commitment to quality in their craft and, more importantly, their conviction to stand up for their beliefs. Some people might argue that musicians should stick to music and leave politics for politicians, but I think anyone that has the opportunity to change the world they see around them for the better would be a fool or a coward to not seize the chance. What the Dixie Chicks did many years ago was so much more than that, though, as they essentially gave up their career as country artists to back up their beliefs, something few, if any, of us would be willing to match. It was one of the gutsiest things I’ve ever witnessed, and it cost the Dixie Chicks more than most are willing to acknowledge, but they are heroes in my eyes and it was cool to see them having fun and showing their effortless on-stage chemistry as they ran through a short set of songs focusing on their one Rick Rubin produced album, Taking the Long Way, about which Natalie Maines said “was their best work.”

Maines, wearing heels that looked impossible from a distance, proved that thought right when she rocked out too much during the bridge of “The Long Way Around” and hit the deck, helped by bandmate Emily Robison back to her feet where she kicked off her shoes and continued the song with hardly a beat missed. Maines was the utmost professional about the whole thing, using the incident to get the crowd behind her, and mock third Dixie Chick Marty Maguire for missing the whole thing with her back turned. 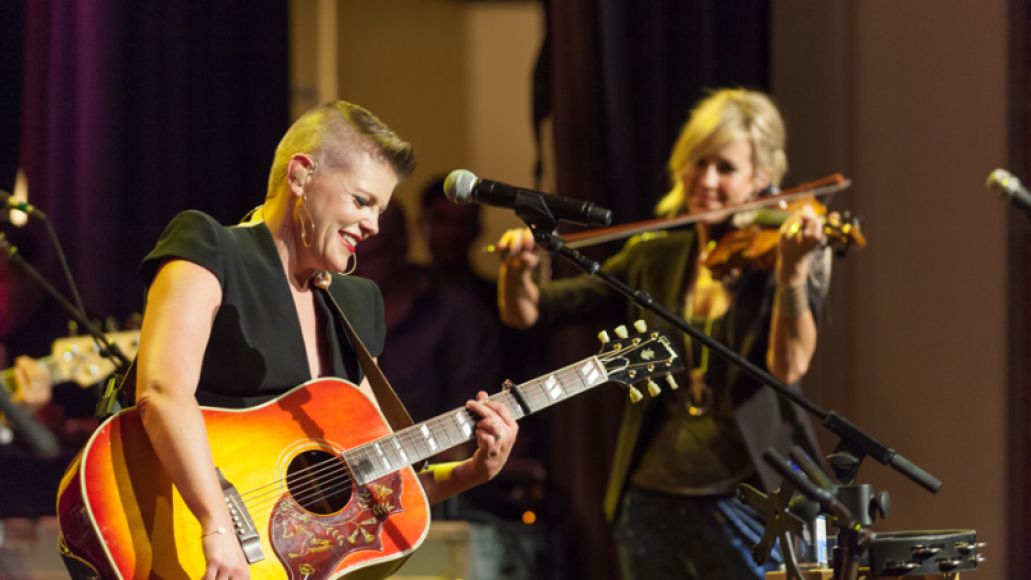 Maines explained her band’s surprise to see Rubin accepting any award, and that was enough to get them to play, highlighting the stunning “Lullaby” as one that Rubin specifically appreciated.

Damien Rice and Jake Bugg both did short acoustic runs — Rice emotional and Bugg posturing or just really pissed off — but surprisingly the banquet was interesting just to learn about Lynch’s foundation, about the meditation cause, and watching Russell Simmons give Rubin the honor that the evening was held for. It was about as Hollywood as the cliches go, with Jim Carrey and Flea among the other diners, but my table was full of meditation instructors that graciously gave me their cards if I wanted to try it. Despite existing a world away from them, the cause made us all equals in one respect, and the humility present from Rubin, who still wouldn’t go to stage and accept the award, to a host of musicians in the video presented to Rubin for the award, that featured Tom Petty, Paul McCartney, Metallica and many more, made even the most out of place feel at ease and allowed the night to serve as a reminder of everyone’s connection being stronger than that which separates us. Which is pretty cool. 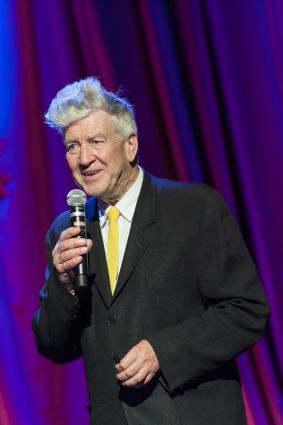 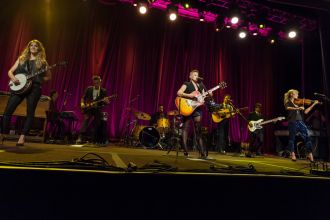 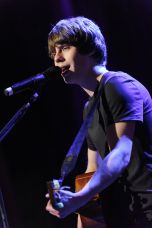 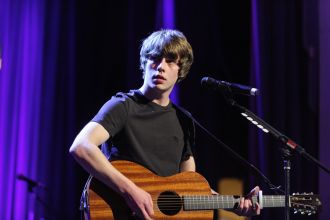 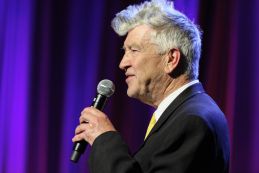 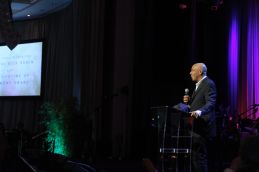 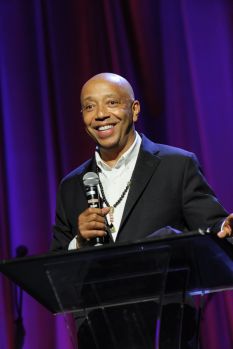 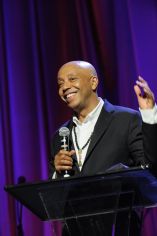 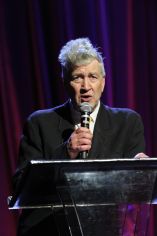 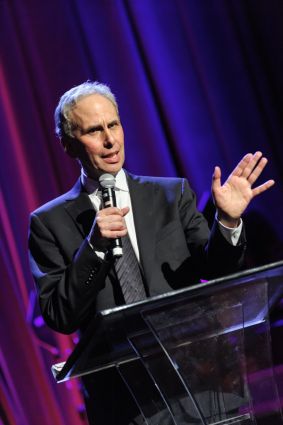