This article was originally published in 2014 and has been updated.

Welcome to Dissected, where we disassemble a band’s catalog, a director’s filmography, or some other critical pop-culture collection in the abstract. It’s exact science by way of a few beers. This time, we sort through the best and worst of rock ‘n’ roll’s go-to bar band not named Bruce Springsteen and the E Street Band.

The Hold Steady may only have eight albums, but dissecting their discography proved to be quite the challenge. More than the vast majority of modern indie rock bands, there are constant echoes throughout their songwriting, with the same people, places, and words reoccurring throughout, not to mention the new ones that get introduced with each record. There’s a detailed mythology at play, albeit one that somehow always manages to stay cryptic.

Did that stop us from trying to decipher it? Hell no. While this certainly isn’t a linear breakdown of the band’s storytelling, it’s, at the very least, an inventory of the patterns in their music. So, take a seat and enjoy. We are the theater. You are the people. 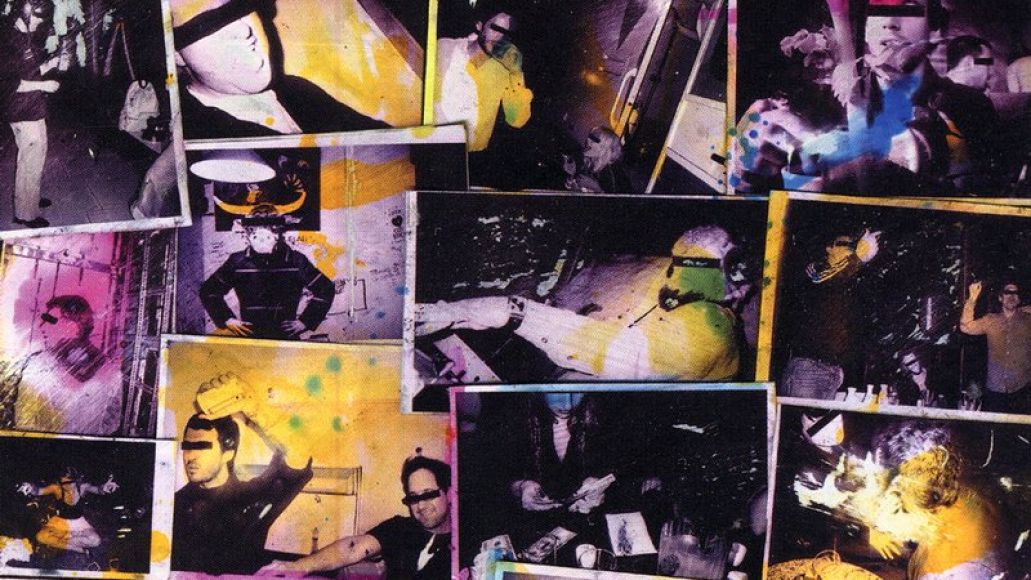 “Holly was a hoodrat” (recurring characters): Not quite yet. Although Holly, Gideon, and Charlemagne take center stage on The Hold Steady’s next two albums, here they’re just mentioned in passing. Holly — referred to by her full name, “Hallelujah” — kisses another chick (“She tasted like those pickle chips”) in “Barfruit Blues,” and Charlemagne claims to see Christ in “Hostile, Mass.”, not yet the full-fledged pimp he’d become on Separation Sunday. His possibly false vision comes up again in the first line of “Killer Parties.” Craig Finn’s characters don’t pop up enough to make Almost Killed Me a true concept album, but the repeated phrases and archetypes hint at the band’s grander ambitions to come.

“The Sweet Part of the City” (recurring locales): Before we go any further, let’s lay out the rules: There’s no way we can find every single recurring person, place, and phrase on a Hold Steady album. They’re everywhere, even on their first record. Here are the ones that immediately come to mind: Ybor City (featured heavily in closer “Killer Parties” and several years later on Stay Positive‘s final track, “Slapped Actress”), the band’s Twin City roots (if not official birthplace), and Lynn, Massachusetts, which, in real life, seems a lot less threatening than its song makes it out to be.

“You know it’s always back and forth” (recurring phrases): The album title itself has popped up numerous times on subsequent Hold Steady tunes, from Stay Positive‘s “Yeah Sapphire” to Heaven Is Whenever‘s “Barely Breathing.” There’s also “She was a damn good dancer,” which predates its usage in Boys and Girls in America‘s “Stuck Between Stations,” arguably the band’s best song.

“Raise a toast to Saint Joe Strummer” (pop culture references): Opener “Positive Jam” is filled with them, teaching a drunken history lesson on the ’20s up through the ’80s that name-drops the Kennedys and MTV. And of course, there’s an assortment of music-related nicknames in “The Swish” and “Knuckles”: Robbie Robertson (“But people call me Robo”), Rick Danko (“But people call me one-hour photo”), Steve Perry (“but people call me Circuit City”), Right Said Fred, Freddy Fresh, etc.

“Certain solos/ They get so scratched into our souls” (best solo): Tad Kubler’s no slouch on the band’s debut album (we love how his shredding on “Most People Are DJs” bleeds immediately into “Certain Songs”), but Almost Killed Me‘s best solo goes to Peter Hess for his helium sax line on “Hostile, Mass.”

“Sketchy Meta”: Seriously, how many times does Finn exclaim the words “hold steady”? Six by our count, although there might be more.

“It was stark, but it was spacious” (album art ranking): Love the Polaroid collage, although I could do without the neon color splotches. It keeps me from remembering what any of the photos look like. Maybe that’s the point? Love it or hate it, the fluorescent haze captures the album’s balls-tripping vibe. #3 (out of 6)

“Everyone’s a critic” (verdict): With every Hold Steady album, the party gets grimmer, meaning that things are still in full, positive swing on Almost Killed Me, save for maybe the closing track. And while the band’s best records are the ones that balance the darkness and the light, there’s not a dud song to be found here. Simply put, Almost Killed Me kicked off a string of four excellent albums.