For this edition of Dusting ‘Em Off, senior staff writer Tony Hardy revisits The Last Broadcast, the Doves’ sophomore album in light of vocalist Jimi Goodwin’s new solo album, Odludek. He breaks down the album’s success and how the British outfit’s record compares to the rest of their oft-forgotten discography.

The news that Doves vocalist and bass man Jimi Goodwin had emerged from the British band’s hiatus with a solo album, some warm-up gigs, and a slot as support for Elbow on its UK spring tour sent me reaching for the duster. I’ve always loved Doves for the passionate way it delivered music and that singular ability to turn heartache into a positively uplifting experience. It is often assumed that the trio hails from Manchester, as legendary “Madchester” venue The Hacienda features strongly in its timeline. However, the band is in fact from my own home county of Cheshire and actually went to my old senior school in Wilmslow.

After releasing its fourth studio album, Kingdom of Rust, in 2009, Doves took a break from what Goodwin called “that whole album-tour-album-tour treadmill.” The frontman is now set to return with a solo offering entitled Odludek – a Polish word meaning “loner” or “pilgrim” – that promises much genre hopping and general excitement. An early taster, “Oh! Whiskey”, augurs well. Goodwin plays almost everything himself on Odludek, while in Doves he is accompanied by twins Jez and Andy Williams (on guitar/vocals and drums/vocals, respectively), plus the unofficial fourth Dove, keyboardist Martin Rebelski.

Except for a compilation album, The Places Between: The Best of Doves, put out in April 2010, and a 2012 five-album box set comprising all four studio albums from Lost Souls to Kingdom of Rust and the 2003 re-issue of Lost Sides, Doves fans have had to sit on their hands until now. The decade-spanning back catalogue does invite regular revisits, however, particularly the Mercury-nominated second album, The Last Broadcast, which reached No. 1 in the UK Albums Chart in 2002. Hearing it again, I’m struck by the energy and intensity of the experience. From the ominous chimes of the overture opener, “Intro”, to the poignancy of the final song, “Caught by the River”, it’s a record that makes full sense played back in precise track order. 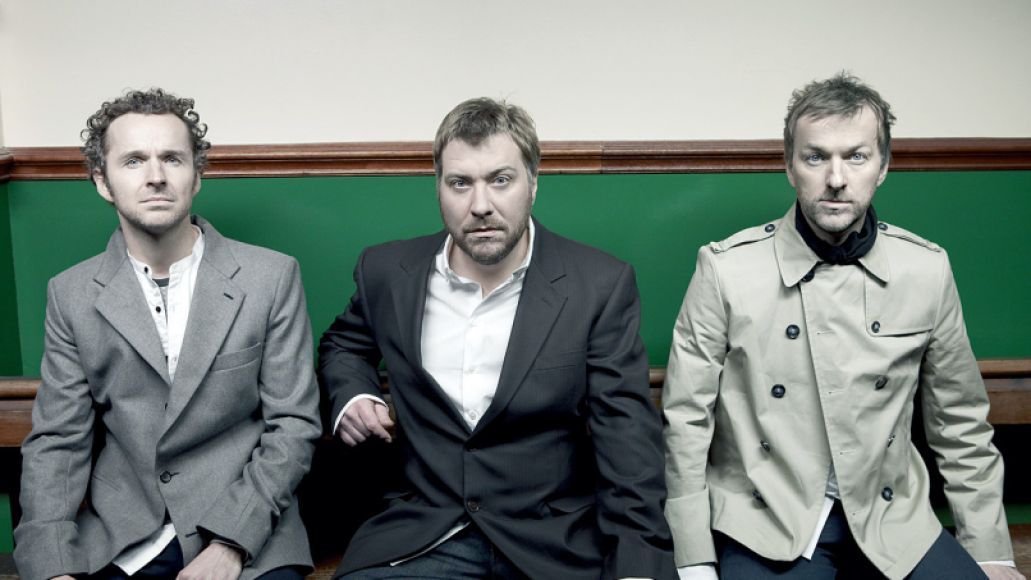 The LP has its fair share of anthems to enthrall a festival or stadium crowd without Doves ever falling into the hollow trap of guitar band with big tunes. While Jimi Goodwin takes most lead vocals, Jez Williams steps up to the mic for the ringing guitar ballad “Words”. “Words they mean nothing / So you can’t hurt me,” he sings. In a sense, he’s wrong because his words actually do have meaning, and the sentiments Doves expound turn bad emotions into good, which is really a cause for optimism. Powerful though it is, “Words” is the hors d’oeuvre before the sumptuous main course of “There Goes the Fear”, famously a top 3 UK single despite being released and deleted on the same day. It was a kind of physical rebellion in an early digital age (and arguably clever marketing, too).

“There Goes the Fear” works well as much for its mood shifts as for its spectacular melody. The chorus is accentuated by Andy Williams’ inspired drum flourishes, which merge seamlessly into the Brazilian-inspired percussive coda. The theme of the song is universal: “You turn around and life’s passed you by”. Yet there’s an underlying belief that things can change: “Think of me when you’re coming down / But don’t look back when leaving town… Think of me when you close your eyes / But don’t look back when you break all ties.” Such sentiments course through the album; the readiness to turn your back on regret and look decisively to the future is all around.

Doves must have been tempted to reserve “Fear” for later in the record, but the sense that this album offers a complete listen is enhanced by the lo-fi oddity of “M62 Song”, a re-imagining of King Crimson’s “Moonchild” that follows it. “Where We’re Calling From” then supplies an atmospheric bridge to the cosmic thrash opening of “N.Y”, another song in this collection that takes surprising turns and highlights another aspect of Doves: the rejection of the formulaic. Similarly, gospel vocals converge on a slow-build anthem in “Satellites” while haunting woodwinds illuminate the Beatles-like “Friday’s Dust”. Neither seems out of place. 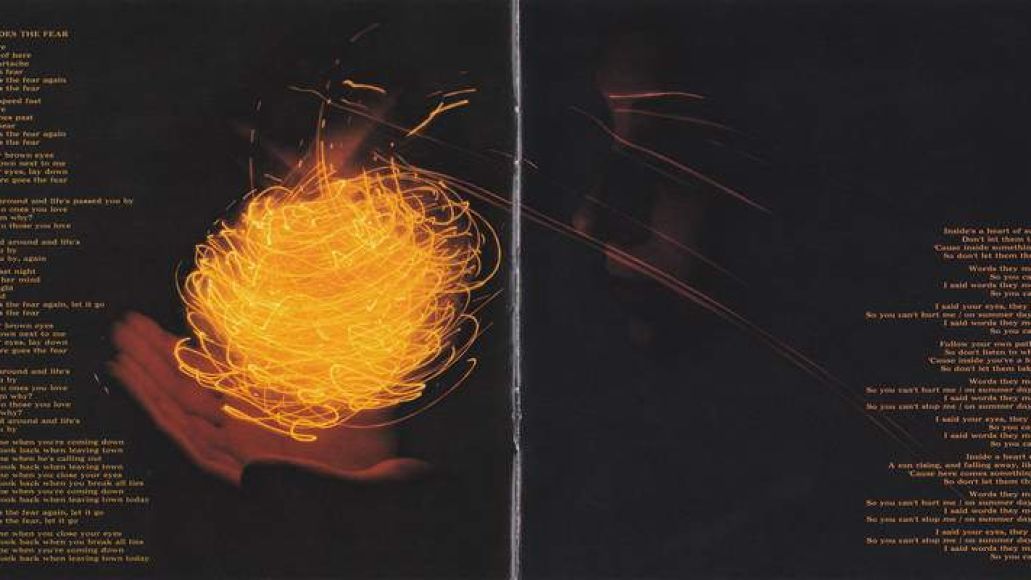 Should this supremely eclectic approach ever threaten to overwhelm, there is the relentless carpe diem of “Pounding” to supply a euphoric antidote. The spacey title track and contemplative “The Sulphur Man” provide more light and shade before the record closes with the magnificent “Caught by the River”, itself a kind of musical sunset that rounds off the album superbly. Back in 2002, the NME said in its 9/10 star review, “Doves have just made the most uplifting miserable album you’ll hear all year.” Twelve years on, the misery is comfortably outdone by the optimism that still shines through The Last Broadcast. Stay tuned for more transmissions in the future; something tells me the last word is still to come from Doves.