Over the weekend, news surfaced of a lawsuit filed by Chipotle against Frank Ocean. As it turned out, Fiona Apple’s cover of “Pure Imagination” that appeared in a recent Chipotle commercial was originally supposed to be sung by Ocean, but he dropped out after seeing the final cut of the commercial. Chipotle sued the R&B crooner for breach of contract and a repayment of his $212,500 advance.

Ocean initially responded to the lawsuit with a post on his Tumblr simply linking to the Wikipedia page for “Defamation”. Now, he’s made a second posting, which contains a photo copy of cashier’s check he apparently sent to Chipotle. It appears he’s paid back the advance, but, as you can see, he’s not very happy about it. 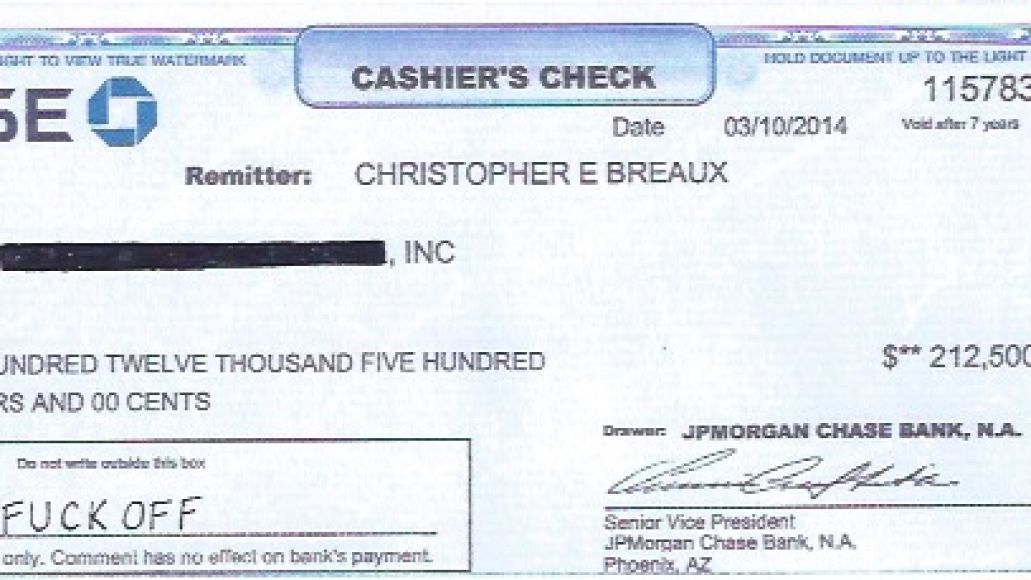 On the plus side, there’s a great new Frank Ocean song to check out, a collaboration with The Clash and Diplo called Hero”. Listen here.