Last week, Julian Casablancas released a teaser trailer for his long-awaited sophomore solo album. In the days that have followed, he’s further previewed the album with a series of surprise shows. The first one came Saturday night at Washington, DC art space Sleep Walking Cult, where he debuted three new songs accompanied by his new band The Voidz. He did that again last night at One Eyed Jacks in New Orleans, this time playing a 10-song set comprised of new songs, material from his debut LP Phrazes For The Young, his Daft Punk collaboration “Instant Crush”, and even cuts by The Strokes. New song titles apparently include “Ego”, “2231”, “Dr. Acula”, and “Arabic”.

According to a source, Casablancas will play a few more surprise shows as he makes his way to South by Southwest later this week. According to one diehard fan who spoke to Casablancas last night, he’ll next play Pensacola, FL. Currently, he’s set to perform at the Fader Fort on Saturday night, but we also hear he has another SXSW show is planned. Keep your eyes glued to Casablancas’ Twitter account, as well as Cult Records’ Twitter account, for more details.

Below, revisit the aforementioned teaser trailer. The album is still without a title or release date; hopefully that changes soon. 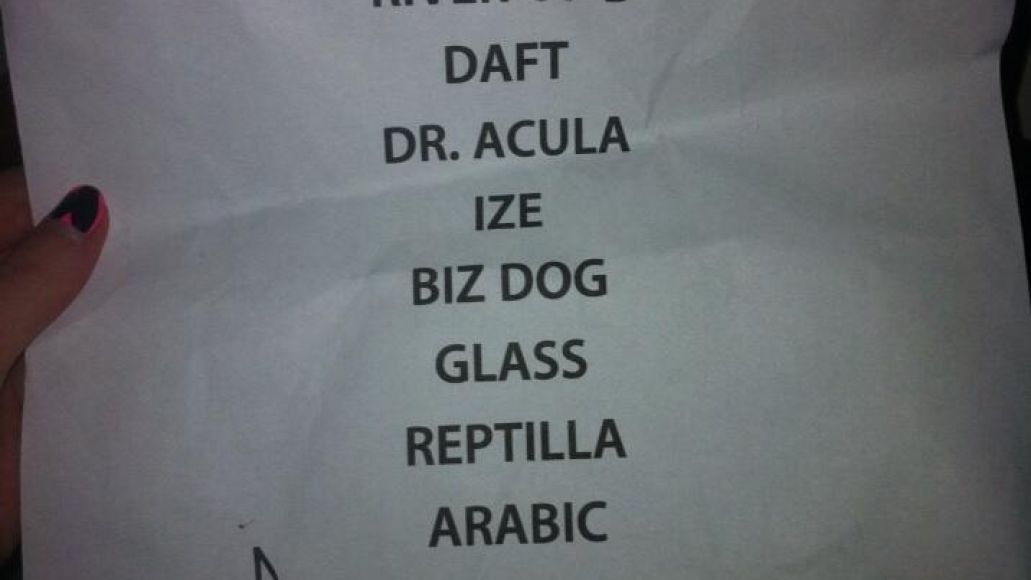