Update: As Revolt! points out, the Craigslist ad is an elaborate hoax put on by a receptionist at Sub Pop Records.

The bastardization of Kurt Cobain’s legacy continues as his old roommate Alex (no relation) has apparently listed a bunch of Kurt’s old stuff — including a pair of skis, a telephone, and a video game — on Craigslist.

As Alex so articulately explains, ” I used to live with Kurt Cobain back in the 90s and I have been holding on to a bunch of his stuff that he left in a box when he moved out. He owed us rent and said he would get the box when he came back and gave us money but he never came back, then when he was famous he never really talked to any of us again because courtney never liked us but she’s a dick so no hard felings.”

I know, what you’re thinking, this thing reads like a scam. But Alex swears it’s not: “i have pictures of kurt with some of it and i have som friends that will talk to you that will say that this is kurts stuff,” he notes. “we lived together in capitol hill and for a short time in olympia, i was in some very popular bands back then but now i am not playing any music anymore, but if anybody reading this wants to jam, let me know heh heh.”

Alex is looking for $55 for the phone, because “i think [Kurt] used to talk on the phone to people in LA. that is why it is expensive.” The skis don’t come with poles (Courtney has those), so those come in at a cool $80. The video game is called “Kingman”, and though there’s some corrosion near the battery, “kurt liked to play this same a lot,” so it’s $25.

If I could help out Alex for a second, might I add that these items would look great inside Kurt Cobain’s childhood home right alongside that mattress of his. And I bet if you try hard enough, you could get Aberdeen to sell you the crying statue too, then you can set it up next to a gas grill, and tell all the townspeople it performs miracles. Or, you could just ignore Alex, because he’s probably a con-artist who never finished the seventh grade. 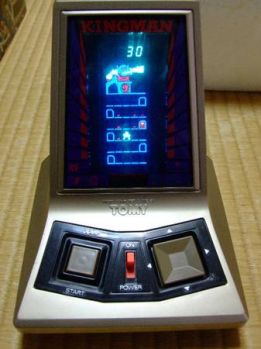 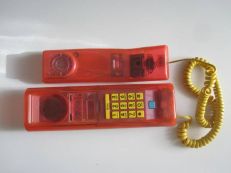 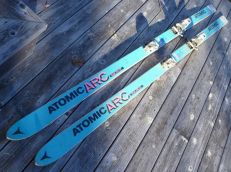 Kurt Cobain's former roommate is selling all his old shit