Swans will return on May 13th with their crowd-sourced thirteenth studio album, To Be Kind, via Young God/Mute Records. Today, they’ve shared first cut “A Little God in My Hands” as a free download. The seven-minute drone doesn’t exactly crack the scope of 2012’s Top Rated favorite, The Seer, though it’s a funereal stretch through aural madness that should do wonders for a mild headache. Listen with the lights out and a cup of cough syrup, why don’t you? Please don’t.

The band also unveiled the album’s extensive artwork. Above, you’ll find its cover, and below you can peruse five similar pieces that will serve as various panels and alternate covers. Conceptual artist Bob Biggs (of Slash Records and Magazine fame) came up with the Gerber-esque portraits and mastermind Michael Gira has offered some context (actually quite a mouthful) for the perpetually confused (via Pitchfork).

I first met Bob Biggs in Los Angeles in 1976/77, through friends in the so-called punk scene there. He was a conceptual artist, but like everyone else with a brain, he was enthralled with the sudden and concussive events endemic to the rise of the beautifully scabrous punk explosion at the time. He was “outside” of it (as was I, in retrospect), but also in it, and had a sardonic view of it simultaneously. I distinctly remember him arriving at the infamous (genesis site of LA Punk) Masque Club, with a Semi Truck bearing a a fully grown, mucous-dripping cow, and leading it down a ramp into the club, where it ambled about, shat, and was then led out. I’m not certain what this was supposed to actually mean, but it was a delightful event, nevertheless.

Later, I was at the house of a friend (and a friend of Bob’s), and I noticed an unfathomable image on the wall. It was a pastel of one of the baby images we are now using as the art for the new Swans album. An uncanny visual cipher, and it stuck with me, all these years… I look at Bob’s baby images as something like the Mona Lisa—utterly inscrutable, but ACHING to reach up to the surface. Or like one of Jasper Johns’ flag paintings—I just can’t figure them out, but they keep calling me back.

I recall asking Bob in 1981 or so if I could use one of those baby images for a record, and he said, definitively, NO.

But those images have remained in the back of my head since then, always nagging. It seems they’re always calling me, calling, calling…

I’m delighted that these images, finally with Bob’s consent, can now act as innocent, but implacable sentinels for the music of Swans, after all these years… God Bless Bob Biggs… 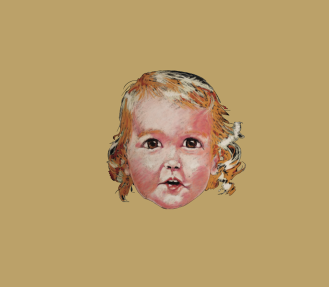 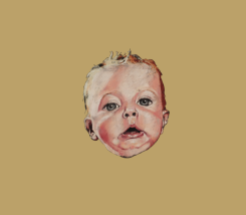 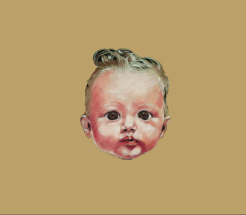