As the final moans of “Wake Up” hushed and the sweat began to dry across the brow of Win Butler, the frontman had all the right to make the short trek to Cleveland’s Rock Hall of Fame and place his adorned attire among the stage dress of rock’s elite royalty. Even with the core members of Arcade Fire now surrounded by some of the most talented live musicians and big-budget stage production, the brothers Butler and Régine Chassagne still connect like their early days in Canadian living rooms. That sense of intimacy, in vast juxtaposition to the grandiosity of a professional arena, was a through-line for the evenings performances; first conveyed across the intricate turntablism of a costumed Kid Koala. 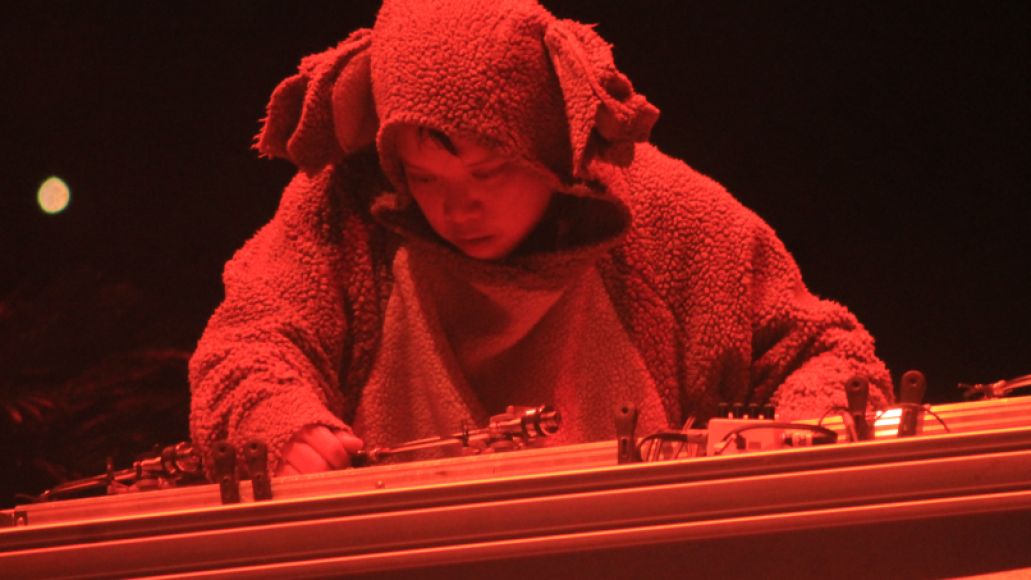 With nearly two decades spent behind the decks, Kid Koala has developed an encyclopedic knowledge of jingles, theme songs, hip-hop, and experimental music — delivering his own sonic concoctions with an ever-present sense of humor. Meant to entertain, and not to simply impress, Kid Koala left the “Drunk Trumpet” at home and chose to tell stories about his family, his young daughter and mother specifically, and share some of their favorite Kid Koala cuts. The DJ didn’t give up the stage to Dan Deacon without dropping some knowledge on the near sell-out crowd, reminding revelers that his wonky melodies were developed from expertly bending the vinyl and instructing them to watch the projection screen for a bird’s eye view into the abilities of an actual DJ. 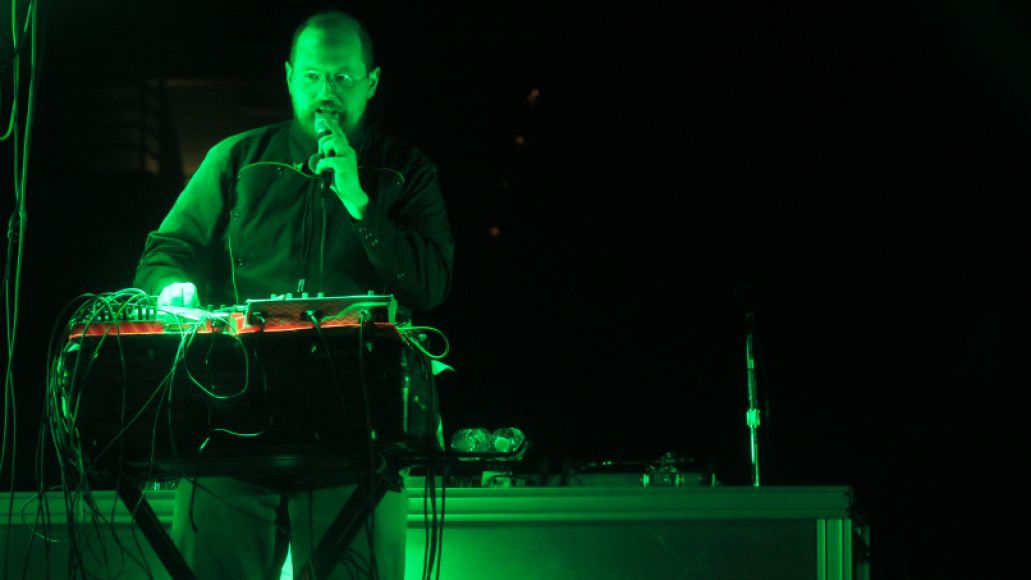 Deacon took this fan engagement about 100 yards further. After years on the road, Deacon has mastered motivating an audience to participate. Whether it be pointing out those that refuse to listen to instructions or setting up group activities with the vigor of a middle-school PTA mom, Deacon’s antics guarantee a communal experience. His psyched-out electro bliss wasn’t a focal point leading into Arcade Fire’s mainstage performance, but a backdrop for fans to grow more familiar with one another and experience the simple joy of living in the now. During Deacon’s hour-long performance, he had the crowd break into a massive high-five pit (in contrast to the circle moshing that goes on at metal shows), human bridge experiment, and arena-wide dance-off. This was one time when wearing a costume was crucial, as Deacon regularly picked the most ghoulish to lead the epic party. 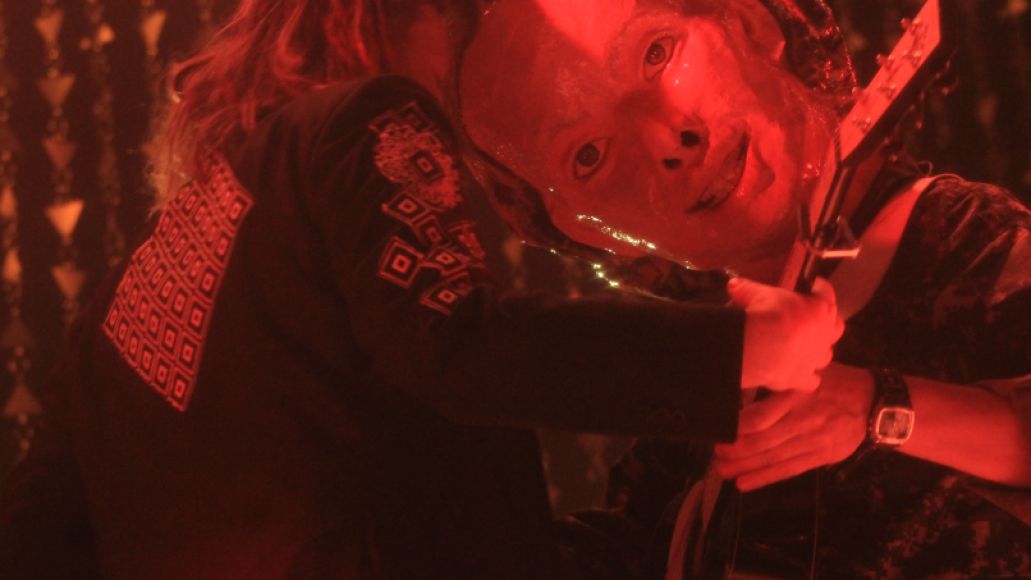 The humor continued as Arcade Fire were forced to throw their big-headed, “Rebellion”-performing Reflektors off the stage. Although touring behind October’s Reflektor, and utilizing a significant amount of mirrors and confetti to solidify the theme, tracks from the album made up less than a third of the set. After bouncing back-and-forth between their newest release and their oldest full-length (2004’s Funeral), the live 12-piece collective nestled into an extended four-track exploration of the Grammy Award-winning Suburbs. No matter the album, the Cleveland fanbase was in sync with nearly every painful cry, tale of hope, or call for action that passed through the lips of Chassagne and Butler. With thousands of eyes peeled on his simmery wardrobe, Butler did use the occasion to remark about some important issues leading into fan favorites: equality (“We Exist”), national catastrophe/social good (“Haiti”), and the Heat losing the NBA championship (“It’s Never Over”). 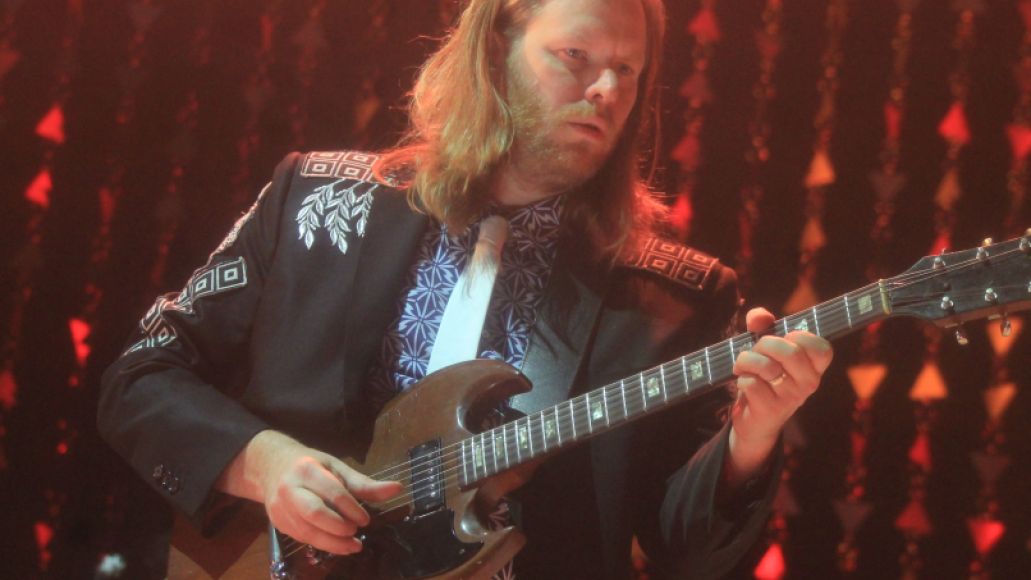 Tracks like “The Suburbs”, “Sprawl II”, and “Afterlife” are spiritually touching in the live setting and almost without equal in the rock realm, but the most moving moment of the night was the band’s (and their Reflektors’) ode to North East Ohio’s own Devo. With the band, and the region, having recently lost Devo’s Bob Casale, the local tribute (which has been a reoccuring even during the Reflektor tour) hit an especially tender nerve. Before officially taking to the stage for their four-song encore, which included a cover of Devo’s “Uncontrollable Urge”, the Reflektors’ grooved to Devo’s cover of the Rolling Stone’s “Satisfaction” on the smaller center stage. 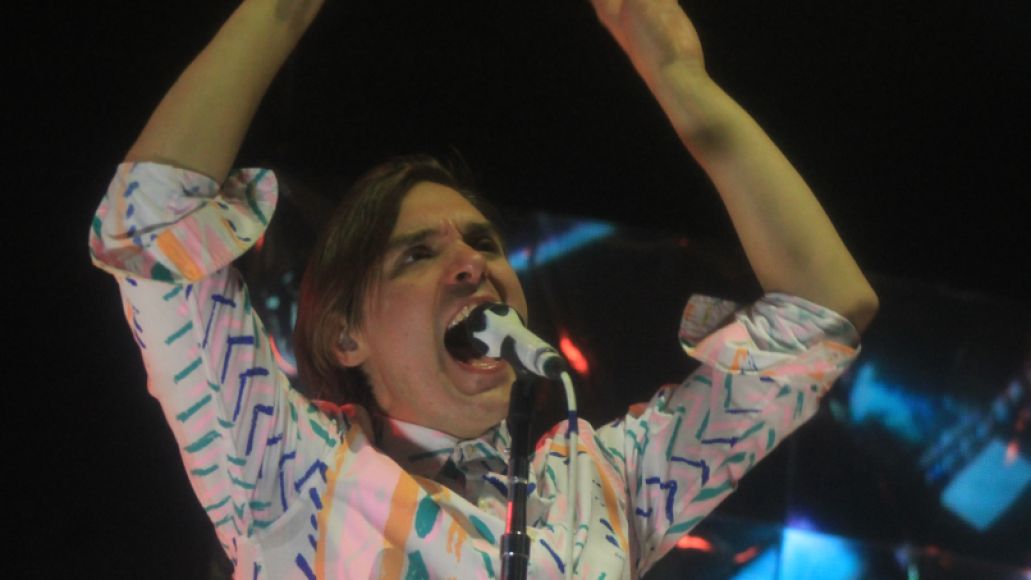 After 21-songs, nearly two hours, and a few hundred pounds of confetti, it was almost an impossibility to pull away from the charisma of Butler, Chassagne, and Richard Reed Parry — who was onstage general when it came to making sure the monitors were working properly for the dense onstage collective. With about 90% of the audience hanging out to listen to Kid Koala spin a few extra tracks, Arcade Fire have seamlessly made the step from indie-darling to pop-culture sensation. A growth that members of the band have openly questioned in the past. So, be you die-hard fan or post-Grammy convert, this is the obligatory live experience of 2014. 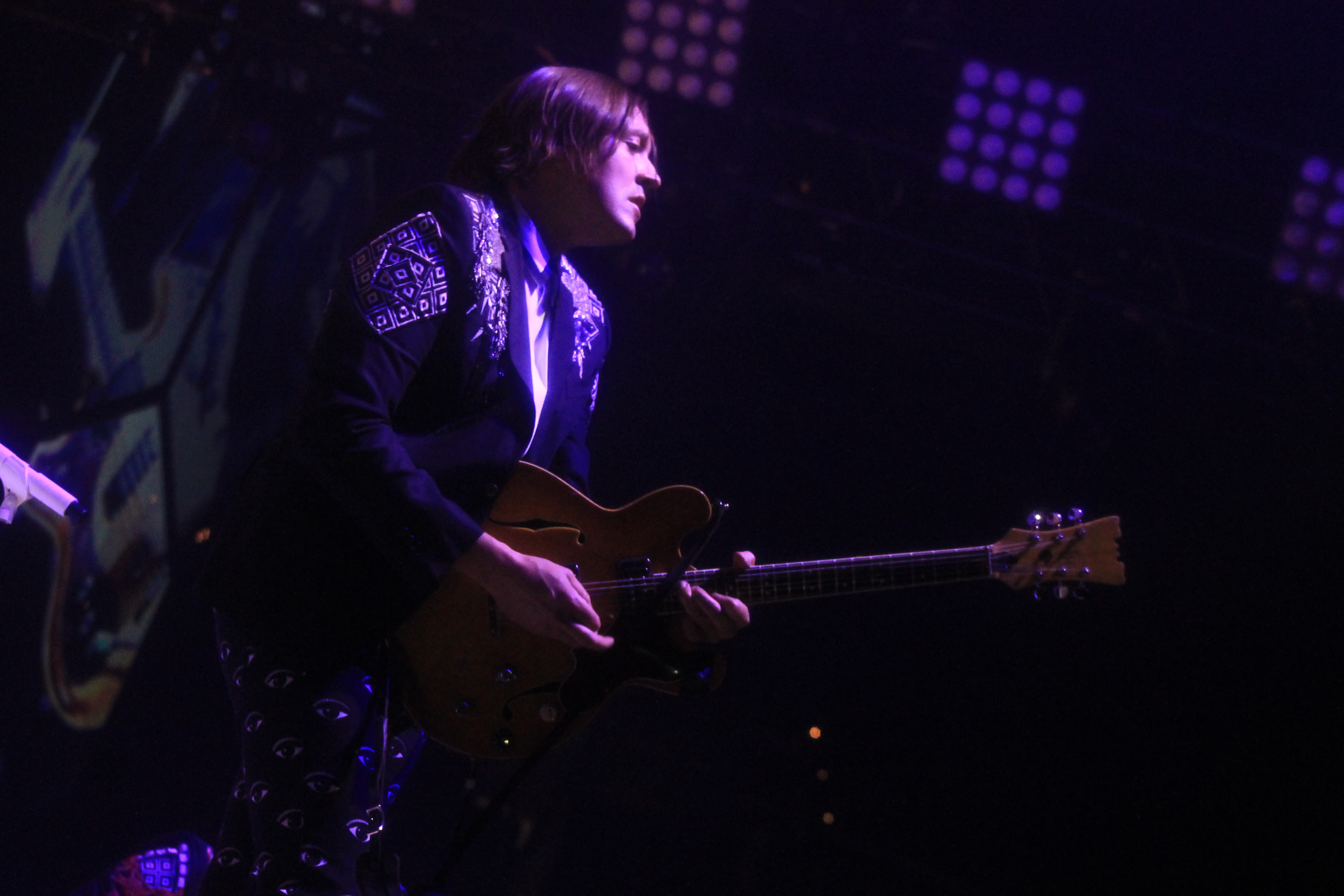 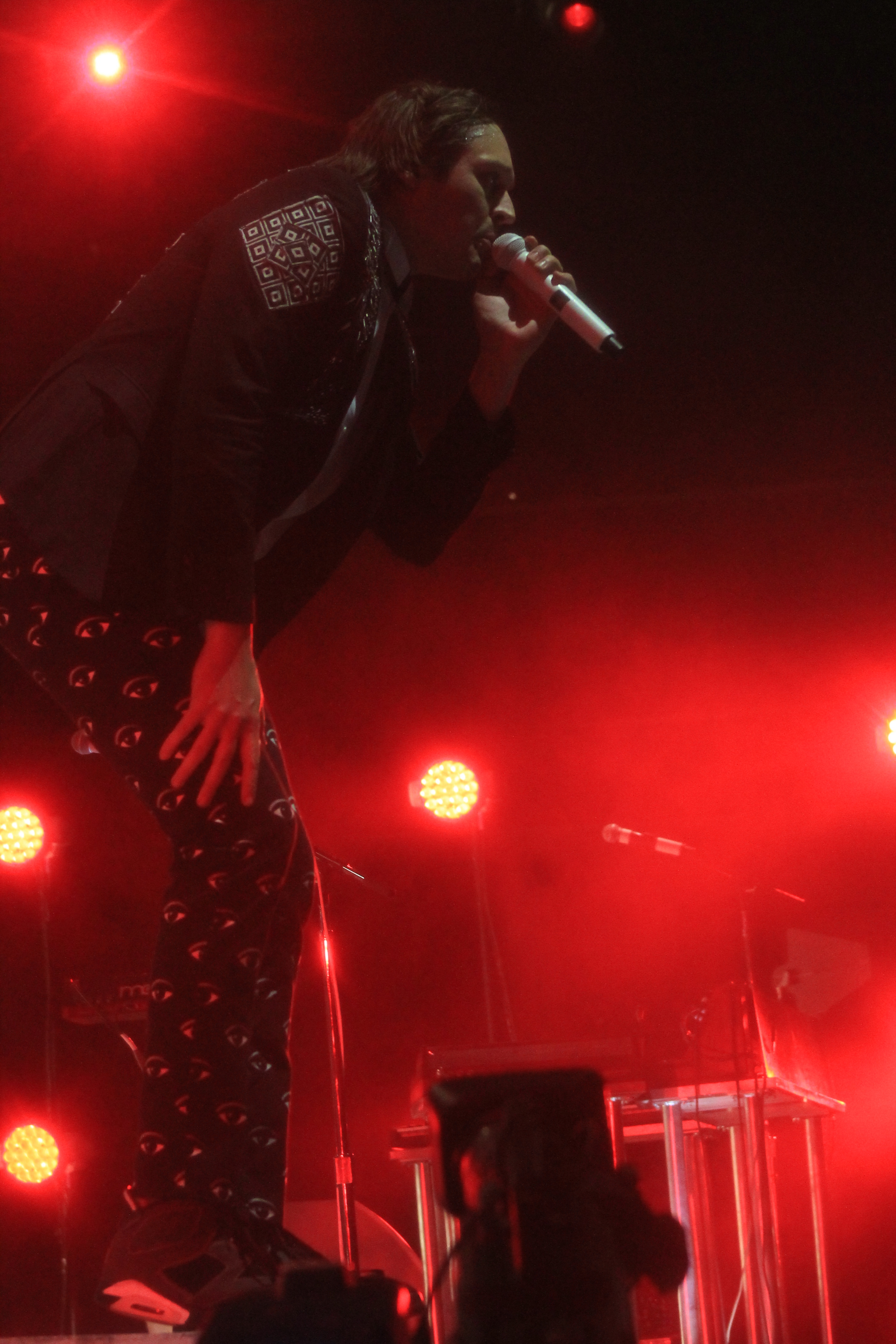 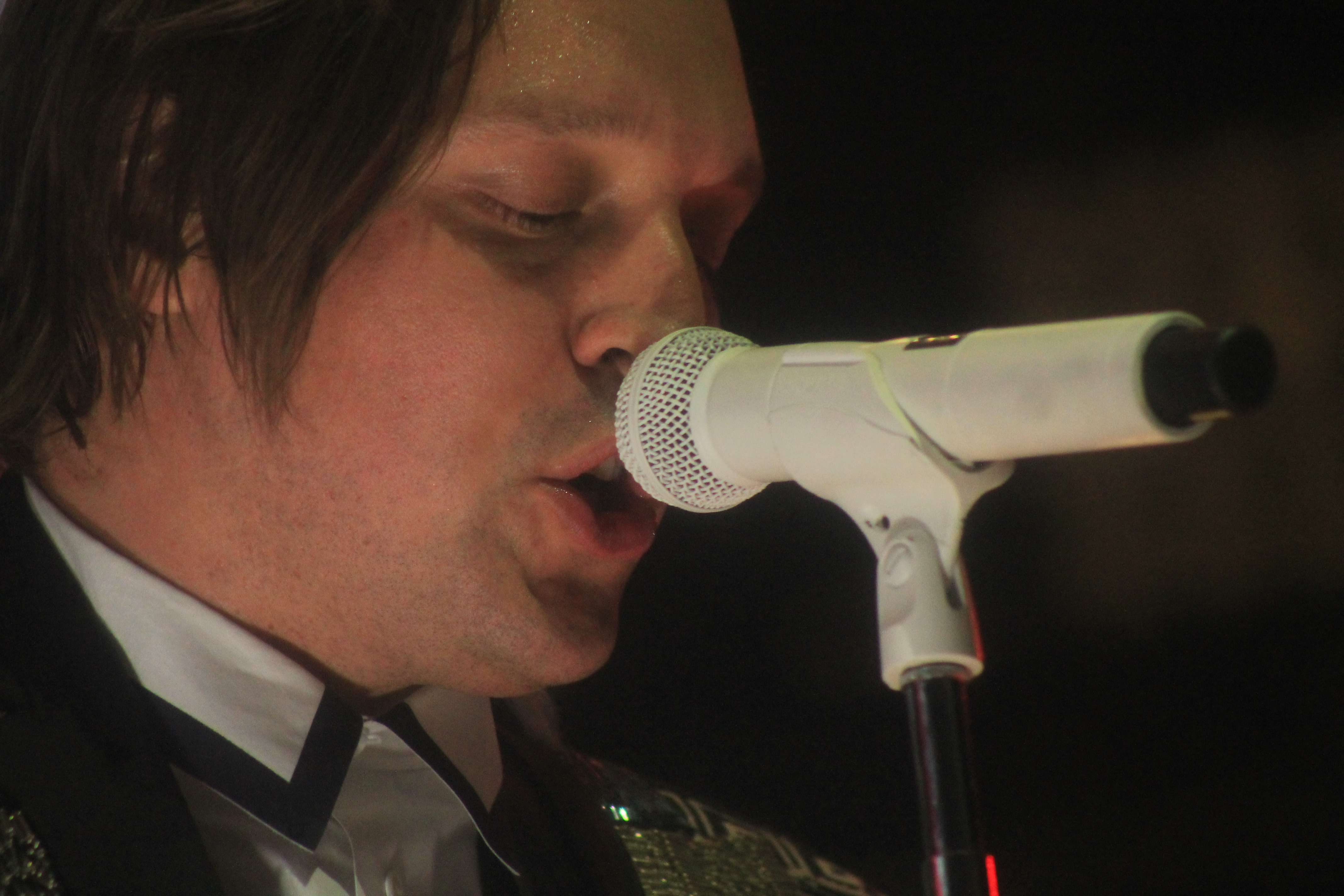 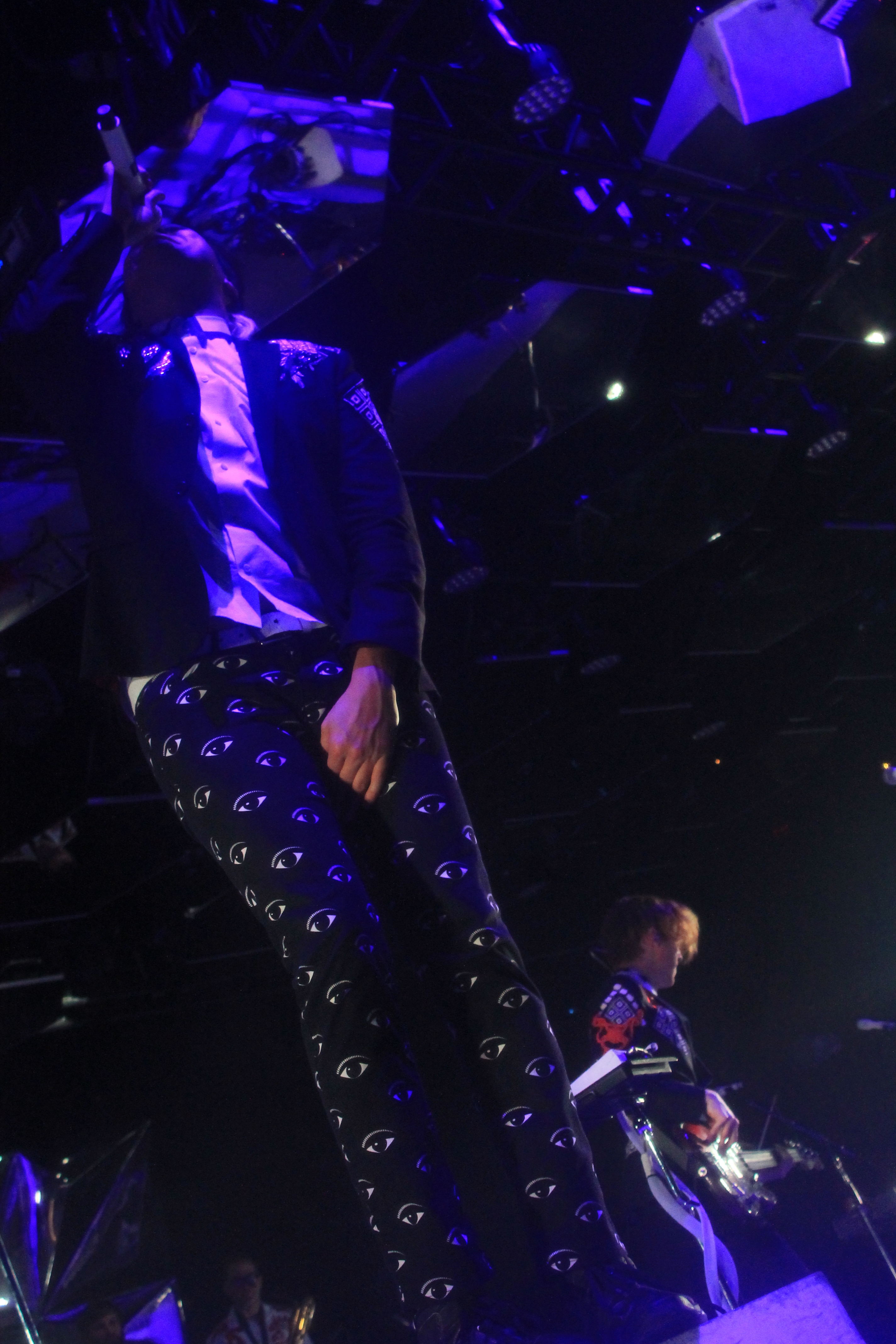 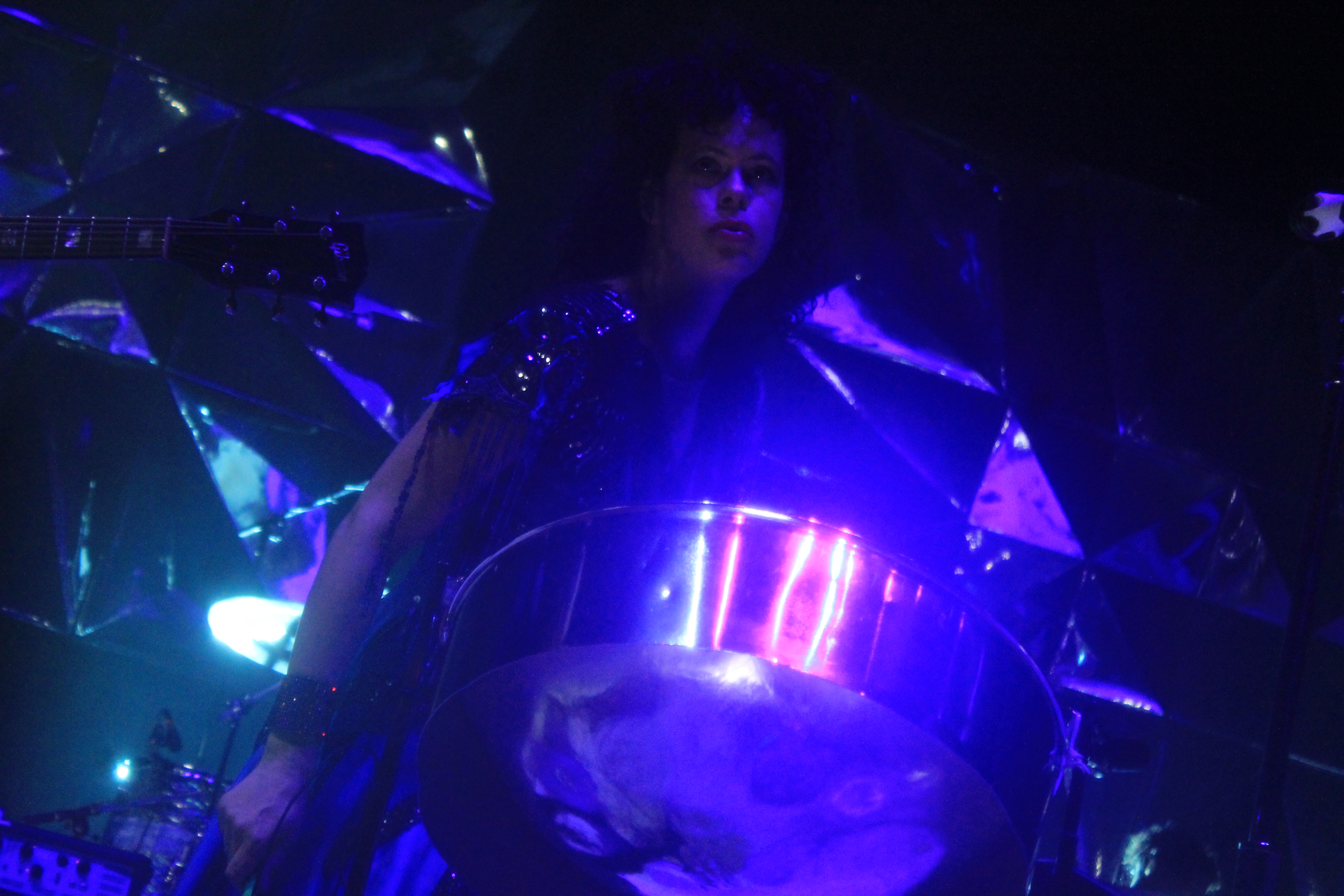 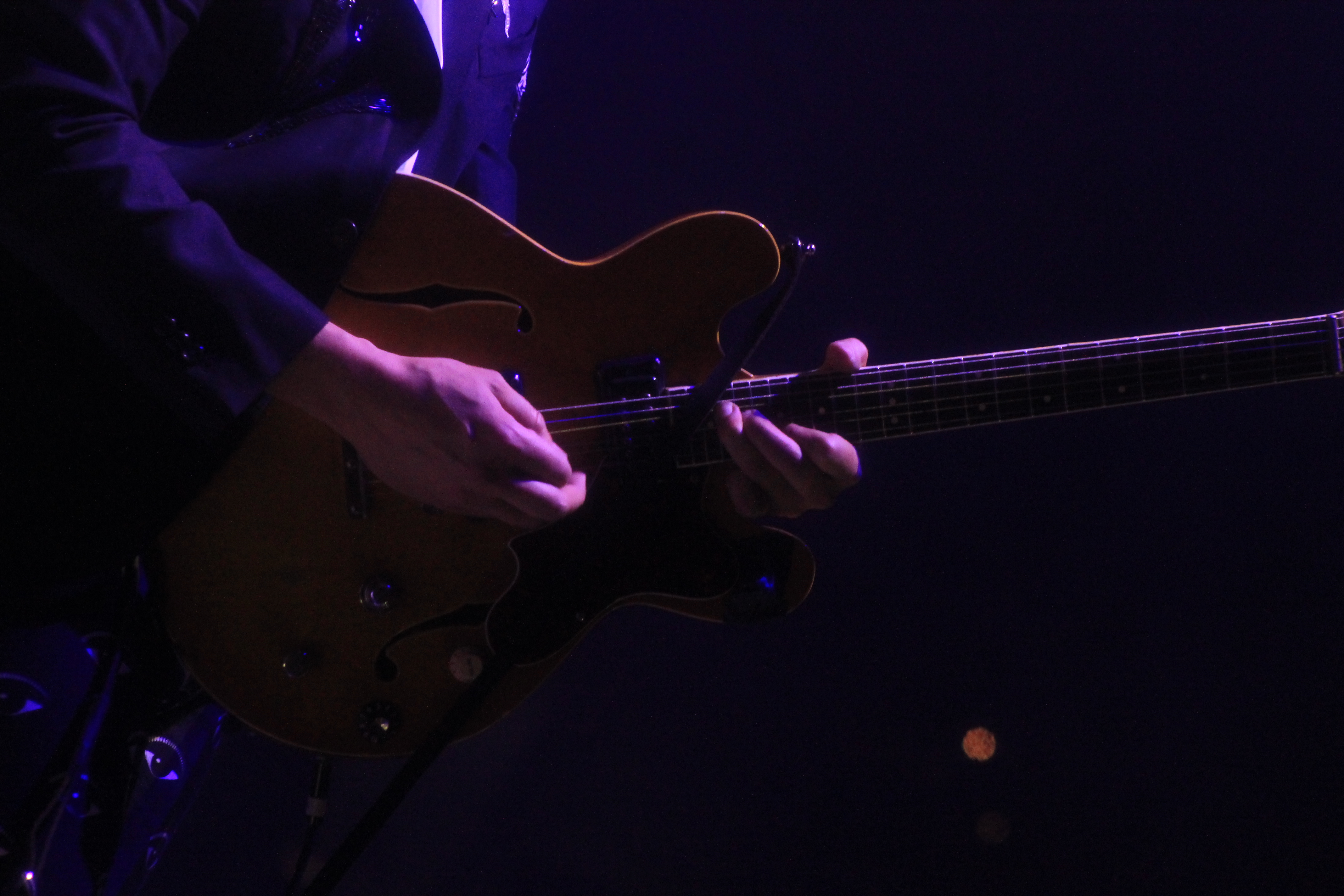 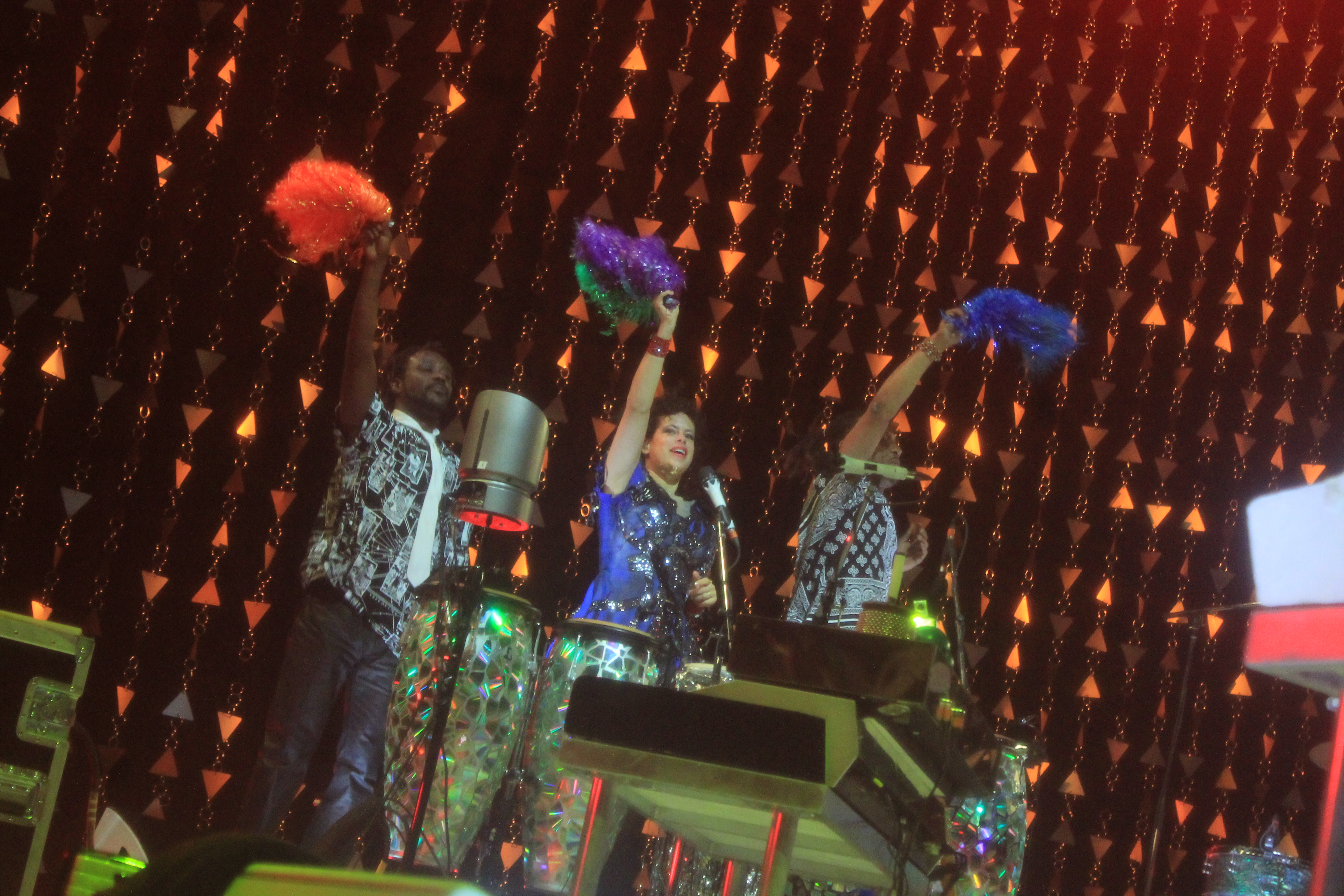 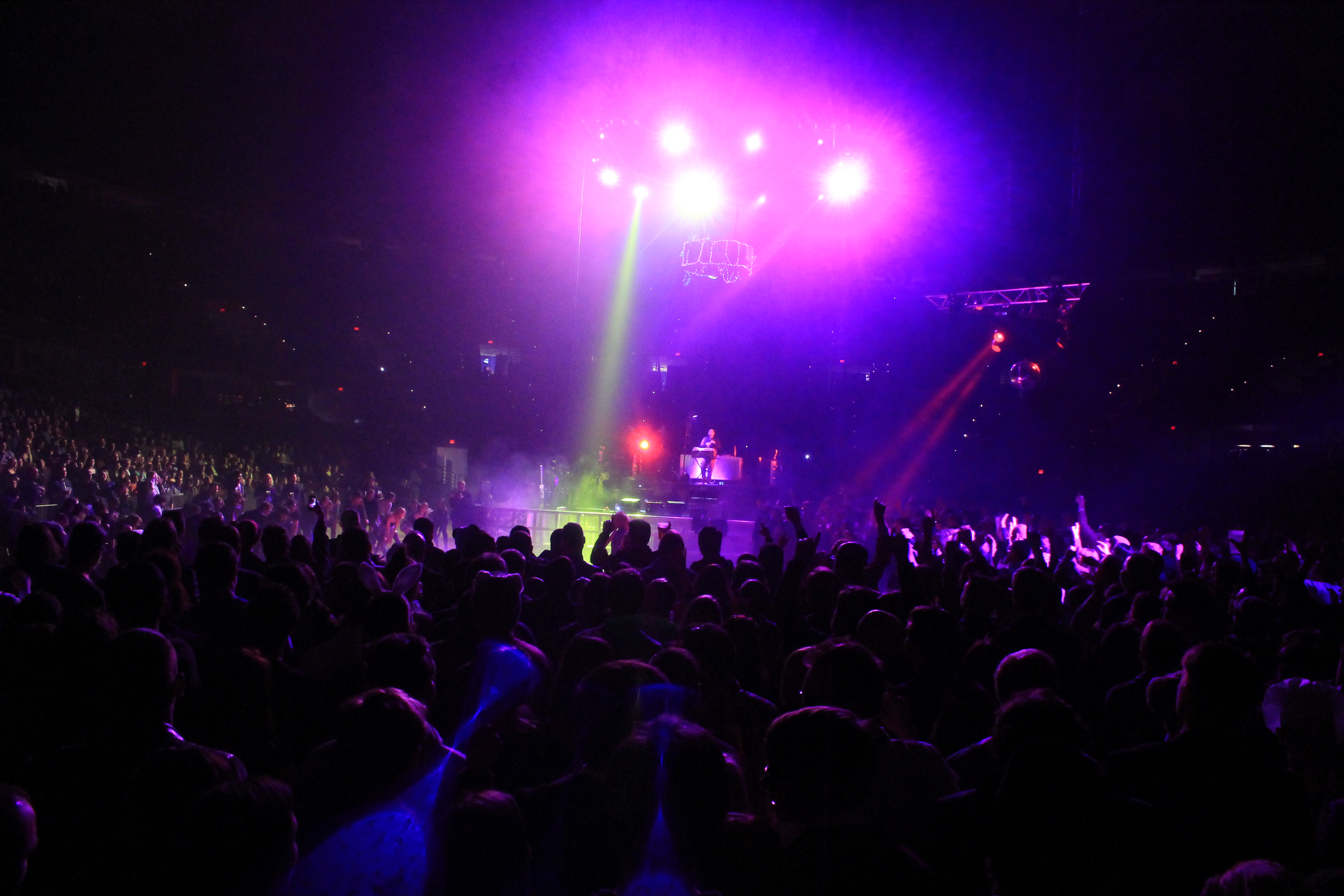 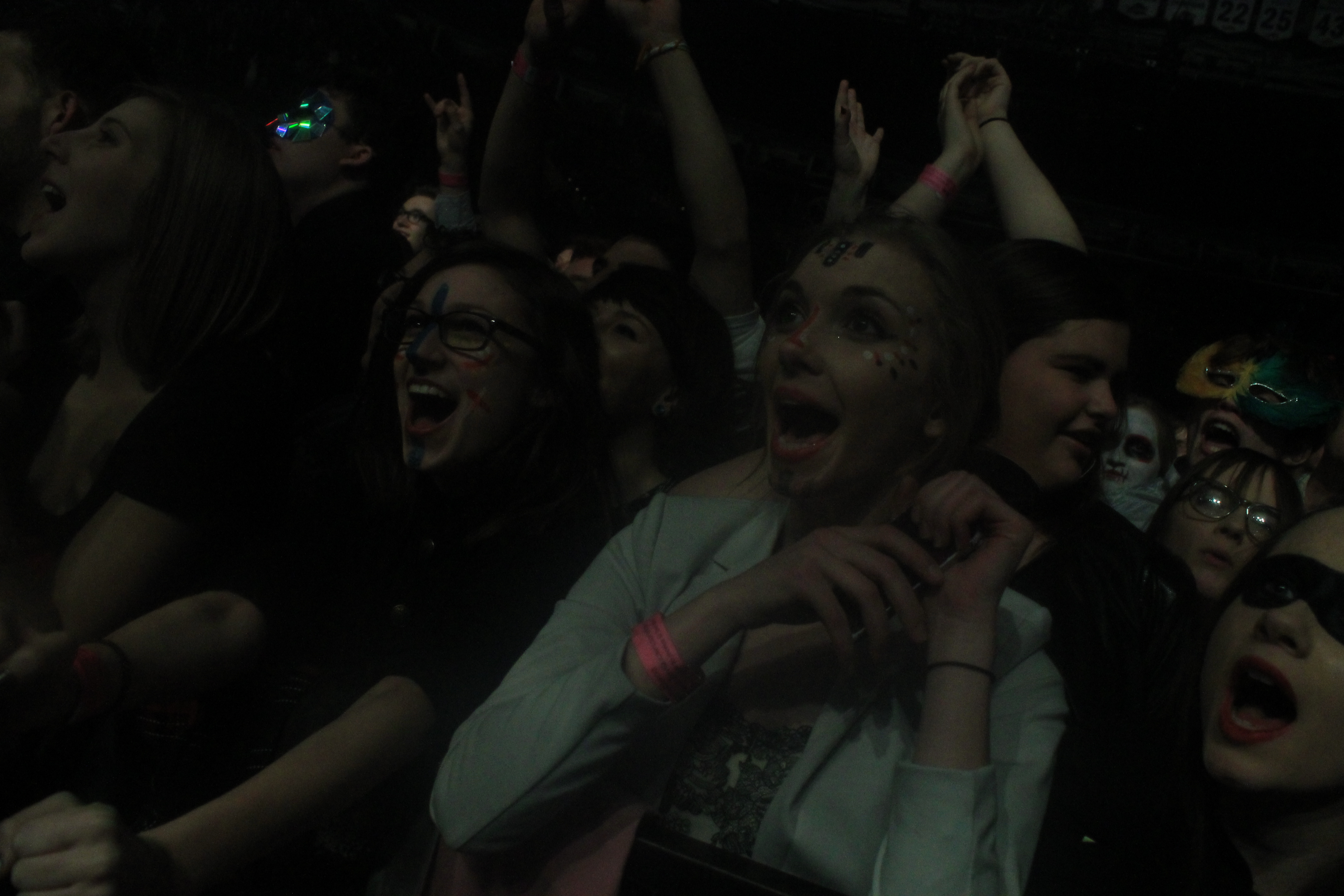 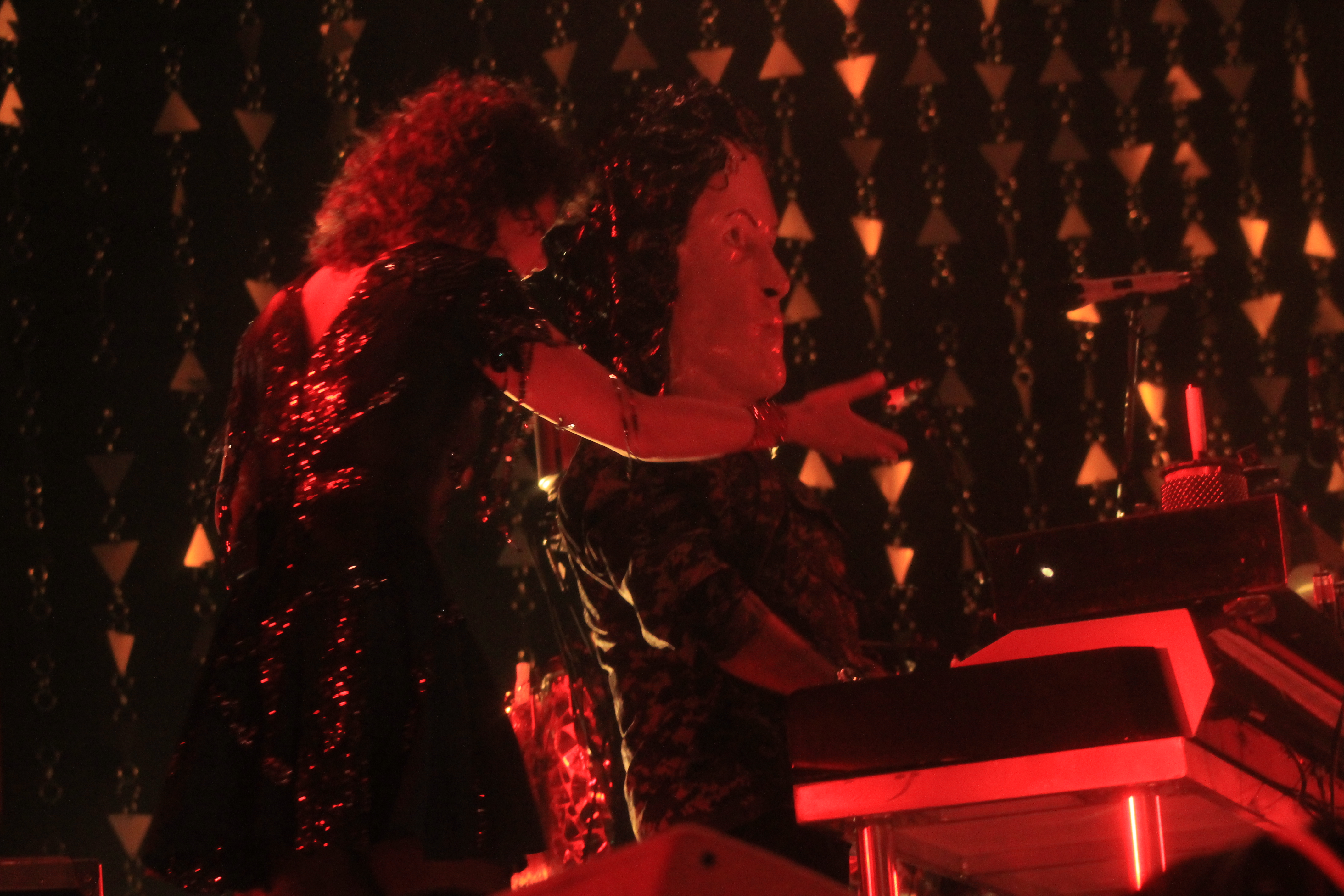 In our new Cover Story, Paula Mejia dives deep into the creation of one of 2014's best albums, The War on Drug's Lost in the Dreams. Read more.Arcade Fire // Photo by Derek Staples 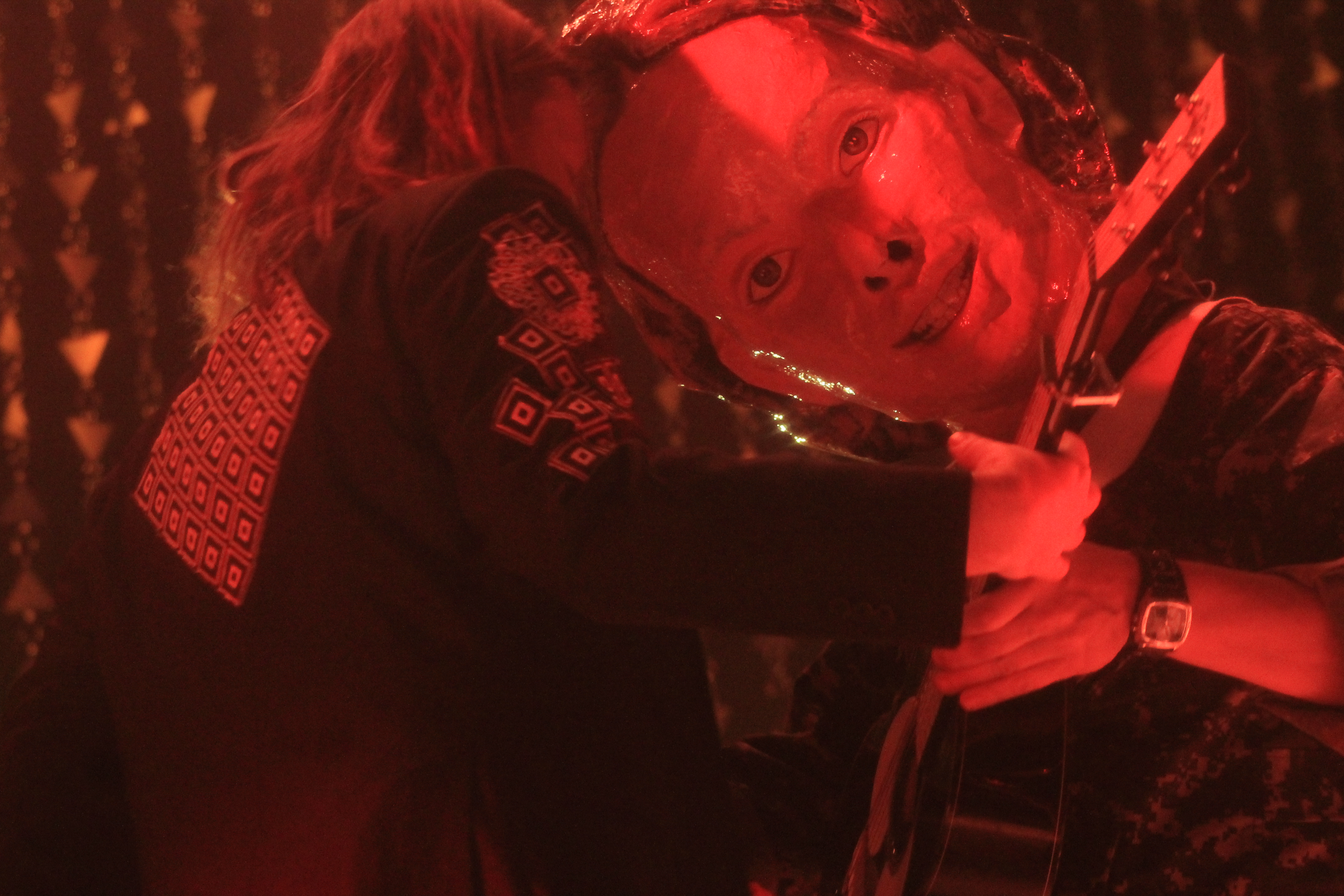