When James Mercer and Brian “Danger Mouse” Burton first hooked up for an apparent side project endeavor called Broken Bells just over four years ago, few would have predicted the relationship to go this deep. But here they are, now a four-piece live outfit standing between a messy, elaborately visual stage set-up and a sold-out crowd at Chicago’s Vic Theater, their second stop on another national tour behind a third studio release. And they look different. You might remember, for instance, that the project’s original premise had Burton as the duo’s “drummer,” a position he filled for only about a fifth of their set on Saturday night.

It doesn’t make much more sense considering that their recordings still haven’t settled into any sort of clear momentum, whether you consider that a good or bad thing. Song-for-song, Broken Bells can be hooky and shiny dance music or melancholy and strange atmospheric music, but almost never emotional. That makes them seem like a better fit for some extravagant, sci-fi theater-like production than LPs and EPs – and their show can definitely mesmerize. 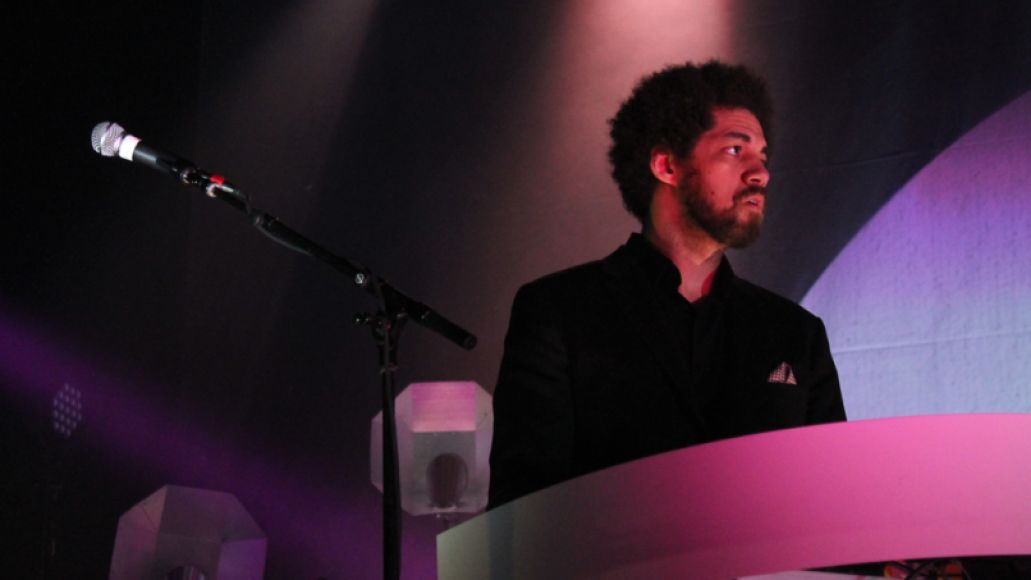 But even live, it’s futile to pose a guess as to what they’re going for, exactly, though here’s a stab anyway: Business-casual reverends of an alien cult. At a funeral. Or, like, a ritual sacrifice. Definitely some dead-serious event; all night, neither of the two cracked a single smile, or even any expression other than intense focus, nor did they indulge in any banter.

Mercer and Burton spanned their 2010 eponymous debut, their 2011 EP, Meyrin Fields, and this year’s After the Disco for about 90 minutes, including a three-song encore, while standing at the forefront behind their own egg-capsule podiums. For the last four songs of their main set, they invited the three members of openers Au Revoir Simone to sing backup, including on their debut single “The High Road” – still possibly their best song to date.

It was a solemn occasion. It was a joyous disco. It was curious.