Tom Krell isn’t big on mystery. His songs house an infamous, crystalline sadness, but he himself is no brooder. Onstage, he’s chatty, affable, as though he’s addressing a living room full of friends instead of a concert hall full of strangers. He lovingly calls his bandmates “bro.” Throughout a set composed almost entirely of new material at Lincoln Hall, the songwriter took time to explain candidly the seeds of many of his songs. But the second he switched from banter to performance, he locked into an intensity that’s rare even on Chicago’s best stages.

Lincoln Hall played host to a sort of homecoming for Krell. He’s from Chicago, and his family and friends peppered the audience. He wasn’t afraid to admit that it’s more stressful to play to people you’re close to, but if anything, that stress was an energizing force. Krell spooled out a number of tracks from his forthcoming, yet to be announced third album, as well as a select few revisions of songs from his first two LPs.

After a hypnotic instrumental set from Liverpool’s Forest Swords, How to Dress Well placed Krell and his voice front and center between members of his new backing band. Broken Social Scene’s Justin Peroff took the helm on percussion and projections, while two multi-instrumentalists, mostly on synths, flanked the singer on his left. Despite a few technical difficulties—the synth bass had to be soundchecked on the fly, and the MacBook attached to Peroff’s drum pad chirped with an error message at the start of “Cold Nites”—the band seemed in good spirits. It was their final show after two months of touring, but all the members of both acts are good friends, and it seems to sustain them. 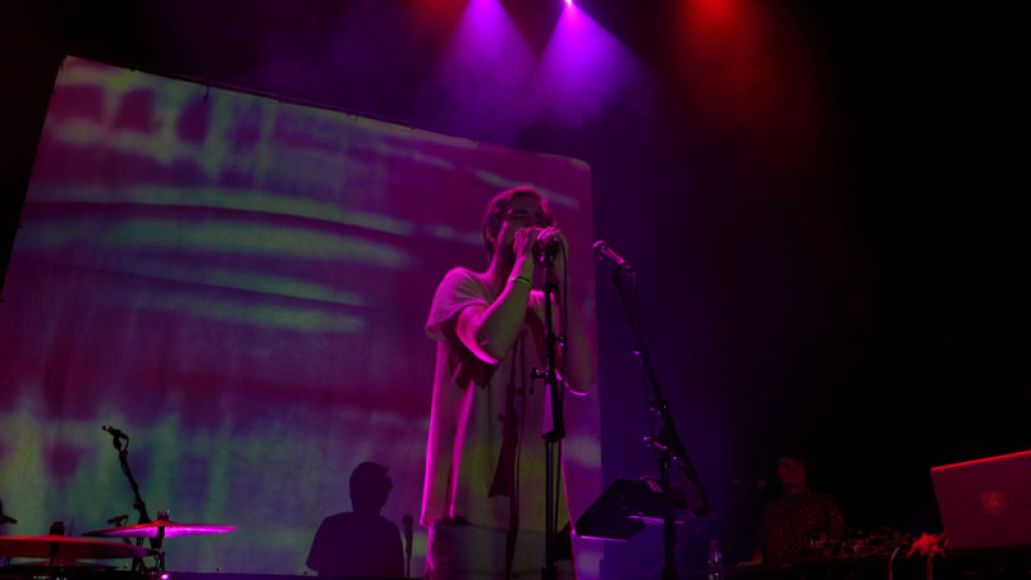 It might not be fair to call How to Dress Well’s music R&B anymore. They began their set with a dark confessional over a bare thread of guitar, a new song that illuminated the kind of family drama that might be found in a David Sedaris memoir. “Very Best Friend”, another new cut that Krell introduced as “probably the happiest song I’ve ever written,” wrapped itself around a hard dance beat. Even “Cold Nites”, one of the gems from 2012’s Total Loss, experienced a reimagining that severed it from the “PBR&B” How to Dress Well epitomized a few years ago. Krell joked that the song was “death metal” now, and it certainly was heavier than ever: A slow drone of synths and violin broke into a crash of drums and bass as the song peaked.

On record, Krell’s voice can easily be called “pretty,” but he’s a strong singer, too, with one hell of a range. He sang with his eyes squeezed shut, gripping a pair of microphones as though they were instruments. He’s maybe the only vocalist I’ve seen “play” the microphone; on certain songs, he would swoop from the clean mic to the reverbed one mid-word, seamlessly. Rather than use vocal effects as a crutch, he splashed them in for dazzling emphasis.

Maybe it was the juxtaposition, but I wouldn’t be surprised if Krell’s friendship with Forest Swords has leaked into his music. Another new track, “Face Again”, roiled with unearthly guitar lines and industrial beats that echoed the Liverpool producer’s early work. The band’s backup vocalist sang into a pitch-shifted mic, filling out the low end with demon tones. Lifting the mood, Krell explained the inspiration for new track “Childhood Faith in Love”: “When I was 14, I learned how to be sad by listening to pop punk music.” He wrote the song after revisiting albums by The Starting Line, Saves the Day, and Jimmy Eat World as an adult, reconsidering the formative effect of the genre. With sprightly synth loops and a quick tempo, the song did feel young. 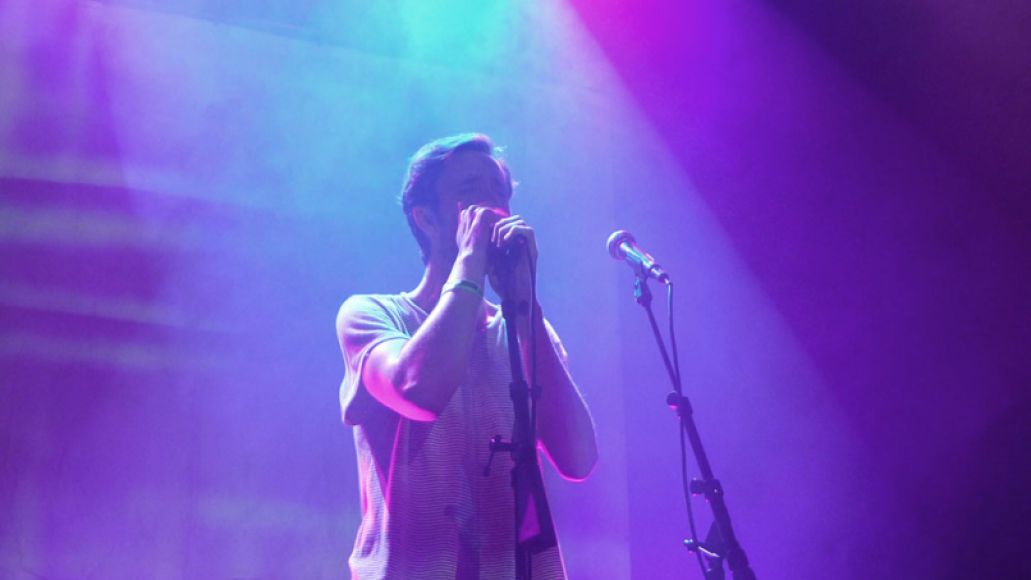 “This is my favorite song to sing,” Krell said before performing a rendition of Love Remains‘ “Suicide Dream 1”. “It makes me feel really beautiful.” It was strange to see him say that about such a deeply sad song, but that might be the core of How to Dress Well. Krell feels the most beautiful inside during his purest laments, when he can enclose the world’s darkness inside a gorgeous melody. After a massive take on “Set It Right”, Krell reemerged alone for the encore, a song so new it didn’t have a firm title. He called it “Bad Shit Outweighs the Gladness” for the time being, explaining that it was a lullaby he wrote after watching his friend’s baby for a few minutes and becoming so terrified that it had died when it fell asleep that he woke it right back up.

“I wouldn’t recommend you sing this to any children,” Krell warned. “It’s too sad.” Then he sang it a cappella, this song about the innocence of newborns and the world they have yet to wake up to. It was such a pure moment. Here’s this guy, he’s about to turn 30, he’s telling us how he wants to have a baby in the next stage of his life, but that he’s also frightened of babies, they’re so fragile and uncontaminated. He’s singing this lullaby that maybe he’ll sing to his kid before his kid’s old enough to grasp language, this song about how bad the world is and how much he wants to protect the people he loves from the badness. But maybe, just maybe, within the two minutes that the song exists, inside the careful swoops of his voice, in a concert hall, under the gentle glow of the stage lights, maybe the bad shit will stay at the door.

Live Review: How to Dress Well at Chicago's Lincoln Hall (3/30)