For the last several years, Neil Young been working on a digital music service called PONO, which he says will enhance the quality and compression of MP3s. Now, as The Guardian reports, it’s finally ready to make its debut at South by Southwest on Tuesday.

In anticipation, the company has detailed its portable listening device, the PonoPlayer, a 128GB triangular, touchscreen gadget priced at $399. (For comparison, a 64GB iPod touch retails at the same price). Though no official on-sale date has been revealed, a Kickstarter campaign will launch on March 15th with the PonoPlayer available for pre-order at a discounted price. 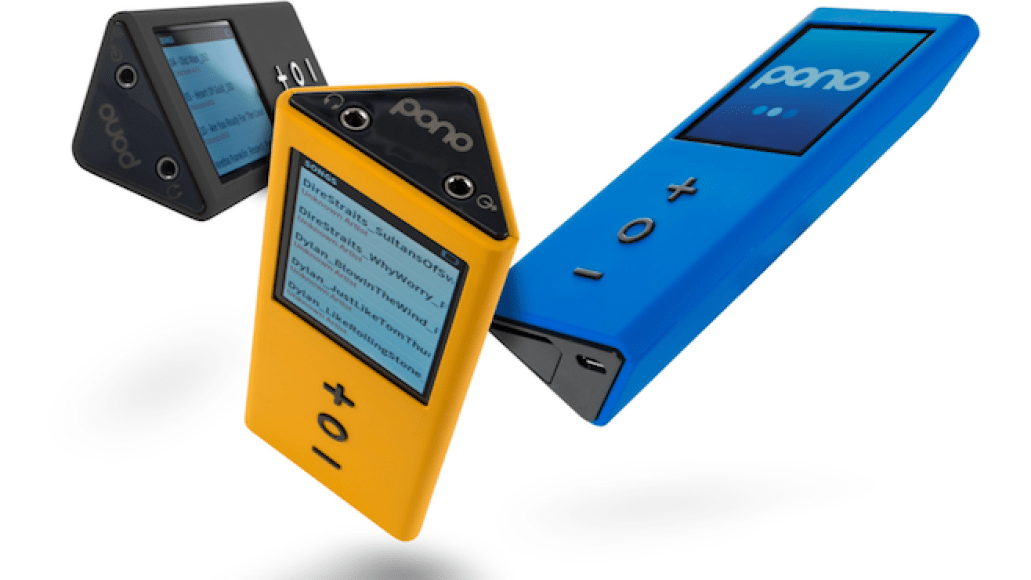 Developed with Ayer Acoustics, the PonoPlayer reportedly makes use of zero-feedback circuitry and a minimum phase digital filter aimed at eliminating the “unnatural pre-ringing” that can often be heard on digital tracks. As Young stated late last year, the goal of all this technology is to liberate “the music of the artist from the digital file and [restore] it to its original artistic quality – as it was in the studio.”

With 128GB onboard storage and space for memory card expansions, the PonoPlayer is said to store “1,000 to 2,000 high-resolution digital-music albums.” These numbers, however, have already come into question on sites like Computer Audiophile. User goldsdad, for example, points out that a 128GB device “typically stores fewer than 500 albums in 16/44.1 FLAC [a prominent high-lossless format].” Details regarding how PonoMusic goes about compressing its files have yet to be fully discussed.

In addition to the player, PonoMusic will offer a desktop “media management application” where users can download, organize, and sync tracks to the PonoPlayer as well as “other high-resolution digital music devices.” The site will also offer downloads of songs formatted from “artist-approved” master recordings taken from from “both major labels and prominent independent labels.” PonoMusic recommendations for earbuds and headphones will also be sold through the site.

Update: The Kickstarter has gone live, as has the PonoMusic site, and with it has come new details. The page explains the much-bemoaned triangular shape of the PonoPlayer. The choice to go Toblerone came from a need to fit in larger audio components as well as space them far enough away to avoid electrical interference. In addition, the shape allowed for the use of cylindrical batteries that are “much more efficient than a flat battery.”

As for file size, it looks like goldsdad was right: the actual storage capacity of the PonoPlayer is far less than the 1,000 to 2,000 albums previously mentioned. At the lowest quality available on the PonoMusic store (44.1 kHz/16 bit FLAC), the device will hold up to 5,000 tracks, which would be about 417 12-song albums. Though most hi-res formats will play on the PonoPlayer, the PonoMusic store will exclusively use FLAC files. How many will fit on the player is based on the quality of the master recordings the Pono uses:

Finally, while early-bird pledgers have already snapped up the $200 pre-sales, $300 black and yellow PonoPlayers are currently available via Kickstarter. What’s more, for $400 pledgers can get a special edition “Artist Signature Series” PonoPlayer from the likes of Young, Arcade Fire, Pearl Jam, Foo Fighters, Herbie Hancock, Tom Petty, Beck, Patti Smith, and others. Limited to just 500 for each artist, the chrome players are numbered and engraved with the artist’s signature, plus come loaded with the artist’s all-time favorite two albums.

Below, watch the Kickstarter video promoting the project, plus watch Young discuss PONO on the Late Show with David Letterman.