Earlier today, word surfaced that the Seattle Police Department had reopened Kurt Cobain’s death investigation after unearthing new evidence, specifically in the form of undeveloped photos. Seattle PD later clarified the report, revealing that a cold case officer was simply reviewing the case in anticipation of the 20th anniversary of Cobain’s death, and that the aforementioned photos were high-quality versions of ones already available to the public.

This evening, the Seattle PD shared two of the photos. According to the The Associated Press, the image above shows a box containing a spoon and what appear to be needles on the floor next to a cigarette and sunglasses. The one below shows the paraphernalia box closed, next to cash and a wallet that appears to show Cobain’s identification.

Meanwhile, Seattle’s KIRO TV, who was behind the initial report, has shared a video interview with the cold case officer who reexamined the investigation. Detective Mike Ciesynsk said that the photos were simply backups from the crime scene and he had them developed to put an end to conspiracy theorists. After reviewing the evidence, he said he found nothing to lead him to believe Cobain’s death wasn’t a suicide. 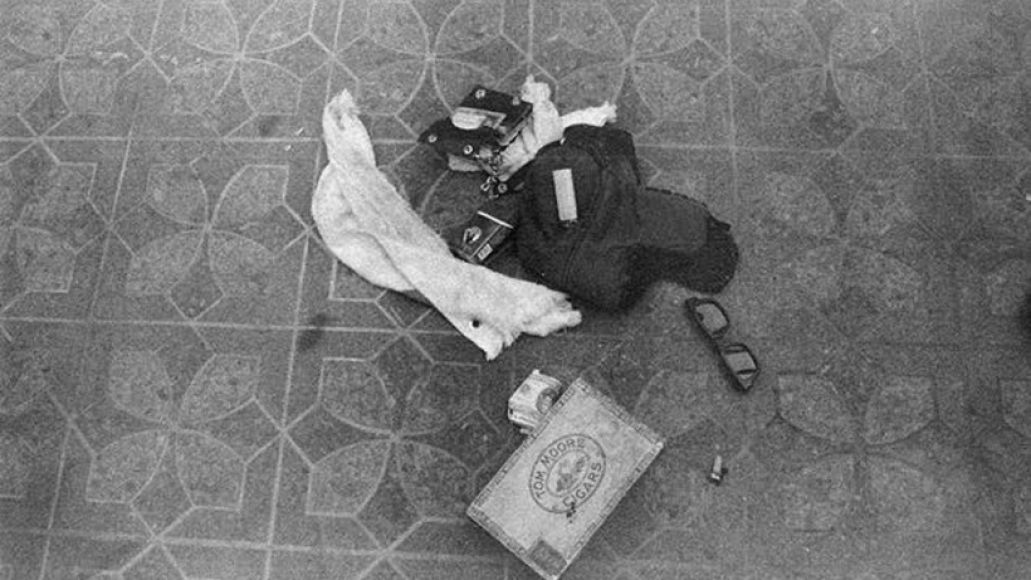