When your childhood is molded by incessant teasing, unrequited love, and awkward moments of always being chosen last in kickball, the least likely career path to choose is that of rock stardom. However, fortunately for us, some of those unassuming geeks elevated their oddball status to rock mythos, turning out gloriously nerdy records that only a true underdog can appreciate. Some of these albums were amazing, and some were just… well, let’s just say they carried the goofball torch with honor. In any case, this misfit band of outsiders gave us someone relatable to idolize — and the following 10 albums gave us enough geeky material to make us feel like we weren’t totally alone. 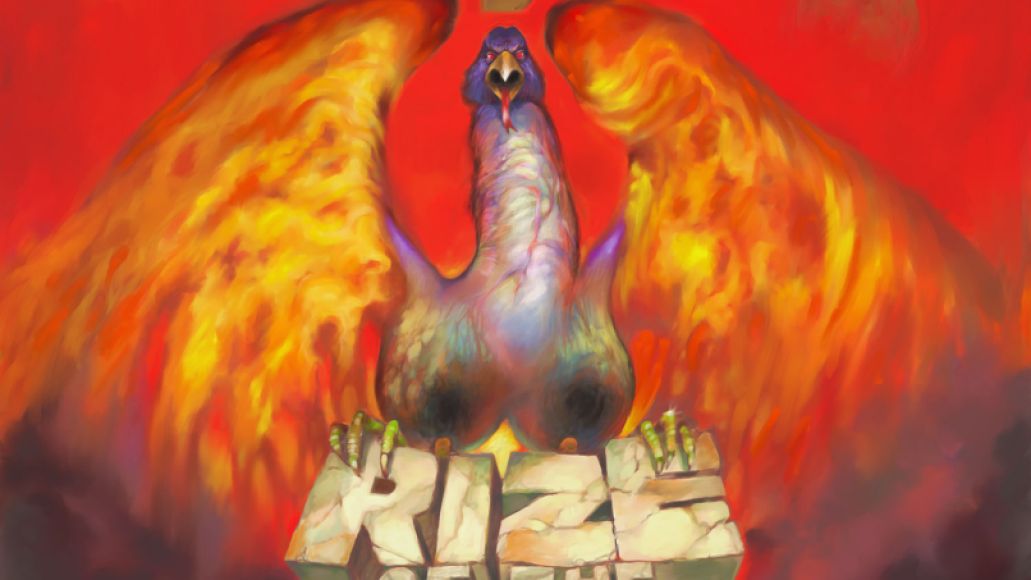 When you think of the comedy rock duo headed by podgy goofball Jack Black, the image of cheesy air drums and sock-footed sandals come to mind. After all, Tenacious D is a group that rose to prominence beset by immature live antics and juvenile, crass lyrics. And on their third album, Rize of the Fenix, the band takes this distinguishable trademark to an entirely new level by employing the talents of Tim Robbins, Val Kilmer, and Dave Grohl. On numbers like “Low Hanging Fruit” and “Roadie”, the quirky duo broods about low standards and an aging rock groupie, respectively. Peppered with oddball skits and spoken acts, the D jockeys their affinity for outlandish tricks into an ensemble of garish tracks. –Christina Salgado 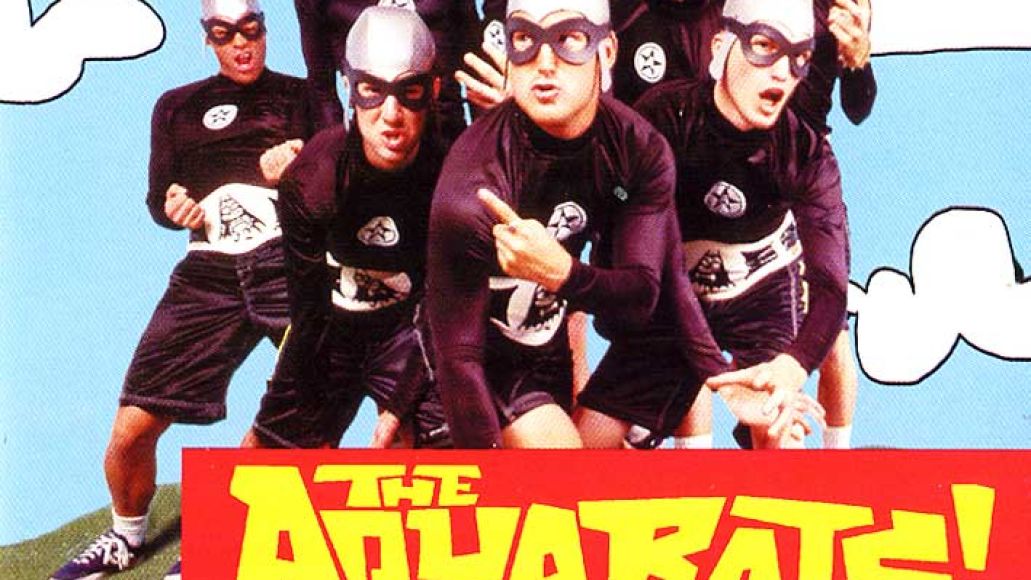 Campy ska veterans The Aquabats have built a musical legacy on sophomoric hijinks and infectious beats reminiscent of their predecessors Devo. On their sophomore album, The Fury of the Aquabats!,  the surf rock ensemble delivers catchy dork anthems like “My Skateboard”, in which they lament the woes of being left behind for a jock. Bizarre numbers like “Magic Chicken” carry their good-natured tricks. If the album accomplishes anything, it demonstrates that this isn’t a band who’s afraid to revel in their trademark bouncy ska sound while celebrating the pitfalls of imbecile shenanigans. –Christina Salgado 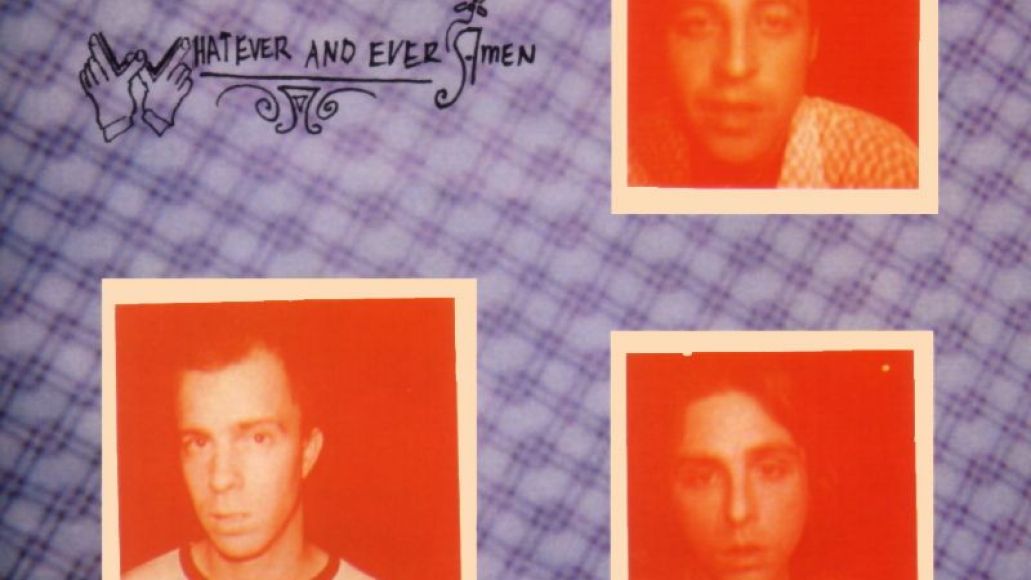 As the piano-based trio who banged out gleefully unaware songs, Ben Folds Five carved out a niche for themselves with whimsical pop anthems devoted to the underdog. On their 1997 classic Whatever and Ever Amen, the band delivers a Gershwin-esque collection, replete with romantic regrets and witty accounts of nerd revenge. In the opening track, “One Angry Dwarf and 200 Solemn Faces”, Folds confronts his childhood bullies with a vengeful counterblow, scorning them with his newfound fame over energetic piano notes. “Song for the Dumped” parlays his downtrodden romantic luck by using it as fuel for a wry howl of regret. Throughout the album, Folds re-purposes his vulnerability by triumphing the rage of defeat — giving all of us who’ve been overlooked an honest and bitter outlet for spite. –Christina Salgado 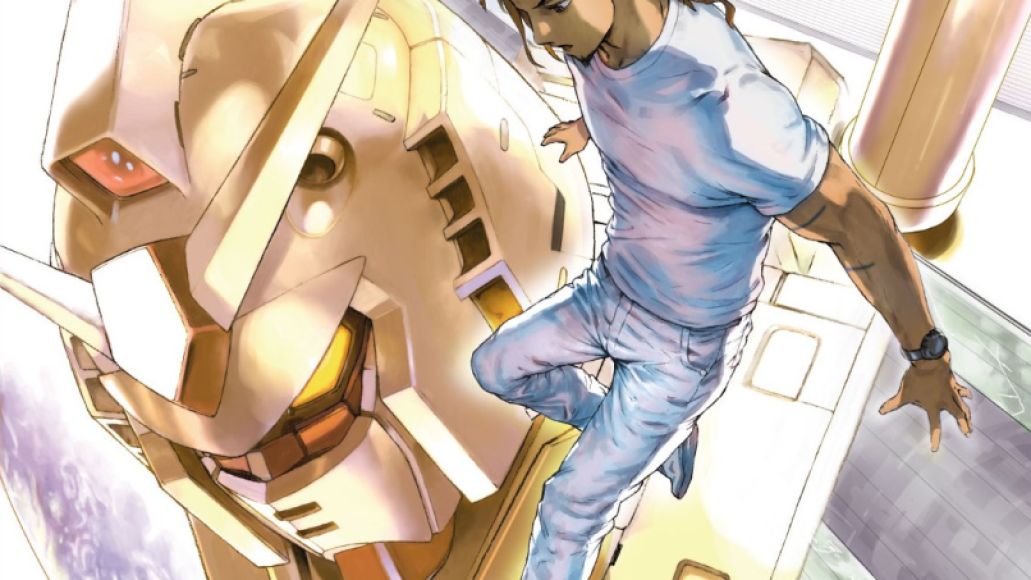 Don’t worry, Anime kids. We’ve got you covered also. Party monster Andrew W.K. is a fan of everything (except bummers, and not partying), and that includes the major Japanese anime show, Gundam. He loves Japan in general because he was able to circumvent a major contract issue in the US and UK by releasing music only in Japan for a while after I Get Wet, but I digress. In 2009, AWK released a Japanese-only album called Gundam Rock, which was a cover album of music from the show to celebrate its 30th anniversary. For the uninitiated, Gundam is kind of the Doctor Who of Japan in terms of cultural impact and widespread fandom times a hundred. AWK’s covers include main antagonist Char Aznable’s theme song, a speech like the show’s opening narration, and popular character Gihren Zabi’s funeral speech for brother Garma Zabi. It’s an insane album, but totally worth it. –Nick Freed 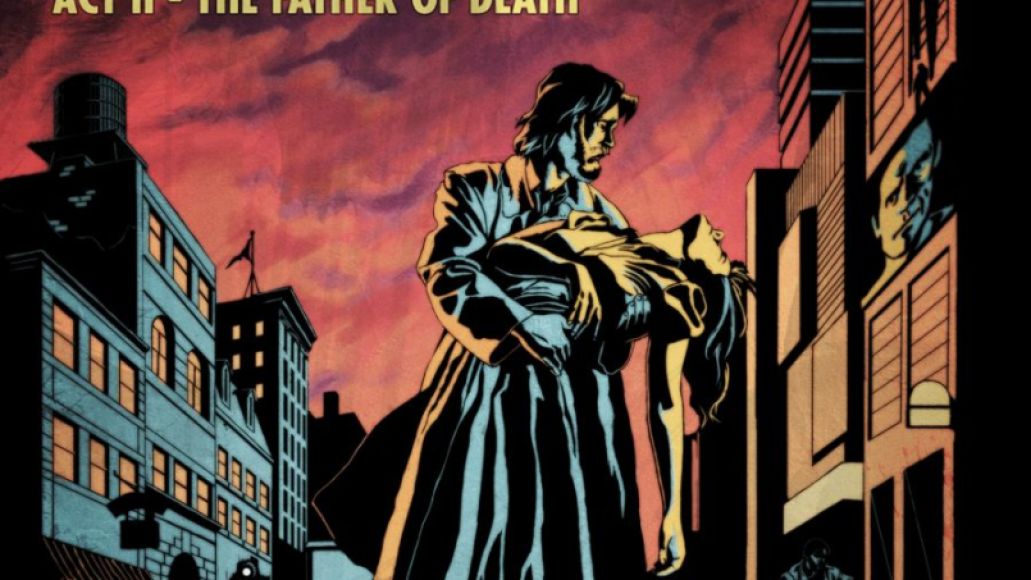 The Protomen have carved out a wide swath of fandom across the land in their nearly nine years of existence. They’ve played all over including multiple Comic-Cons. Their two full-length original albums are one enormous rock opera based on a retelling of the Mega Man story from the six-part NES video game. The best of the two, Act II: The Father of Death, is a prequel to their first S/T album. It tells the harrowing story of main characters Thomas Light and Albert Wily as they create a platoon of worker robots for the city. A rift occurs between the partners when a robot, under Wily’s command, kills Light’s girlfriend. There’s murder, intrigue, explosions, vigilante Batman-type shit, and miles and miles of goddamned robots. It’s Mega Man fan fiction set to ’80s-inspired rock music produced by the same guy who produces Meat Loaf. I mean, come on now. Tracks like “Keep Quiet”, the Ennio Marriconei-inspired “The Good Doctor”, and Les Miserables-like “The State vs. Thomas Light” are incredible, fist-pumping jams for all our tiny robot fists. –Nick Freed 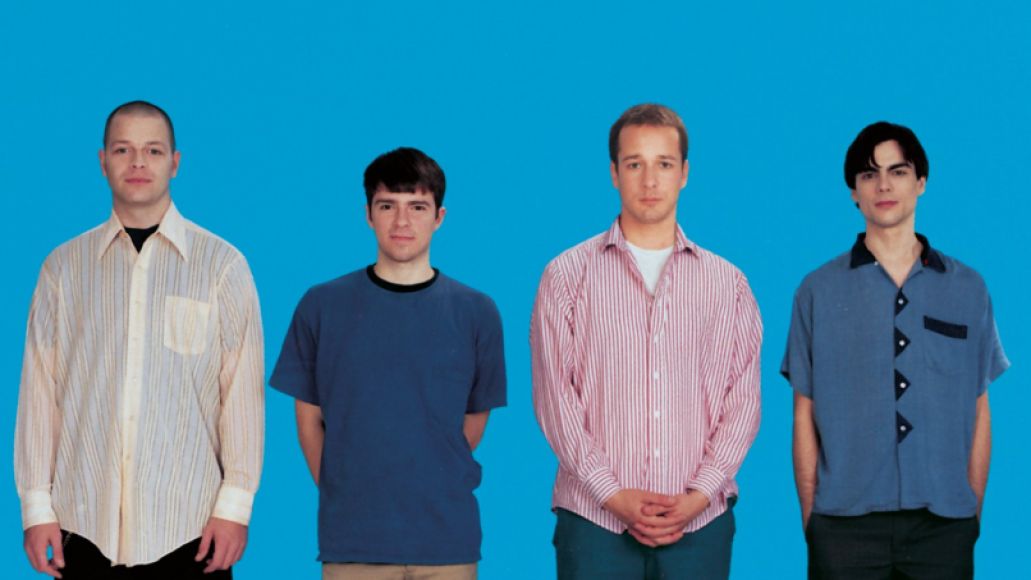 As the reigning godfathers of geek rock, Weezer single-handedly ushered in a wave of oddball dissidence with their 1994 classic debut, simply dubbed “The Blue Album”. With lyrical hijinks that centered around unraveling cardigans and themes of exclusion, the sheepish band of outsiders successfully fumbled their way through a landscape flooded by dismal grunge. In “Buddy Holly”, eccentric frontman Rivers Cuomo celebrates a love built on a misfit bond, and gems such as “In the Garage” exalt a refuge marked by Dungeons and Dragons and Kiss Posters. Although initially dismissed by purists as a kitschy foray into poseur pop-rock, time has enriched the band’s self-conscious anthology and solidified The Blue Album as a classic post-alt transition. –Christina Salgado 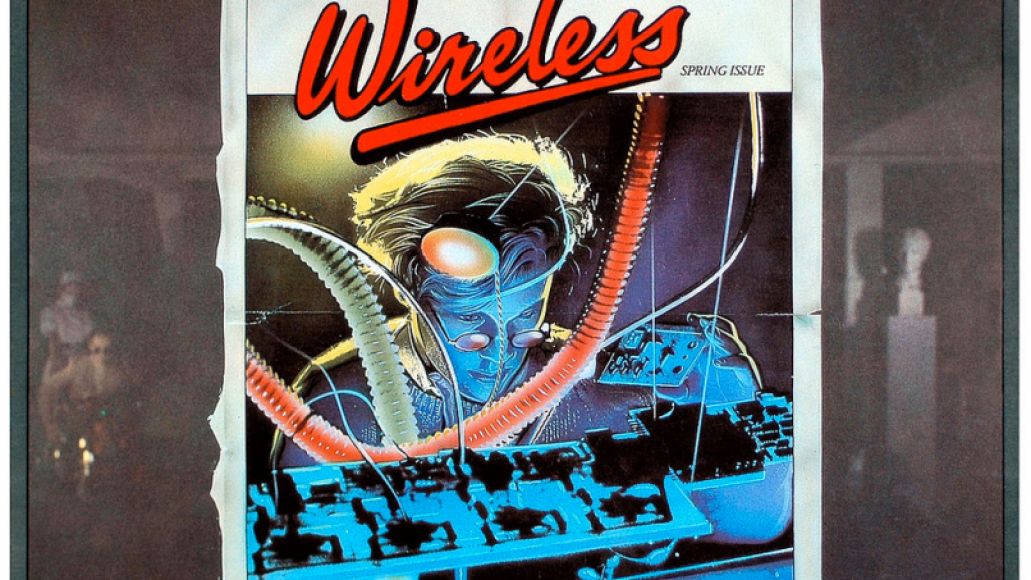 Thomas Dolby was at the top of the ’80s synth New Wave wave. Not only was he in the New Wave, but he also helped revolutionize synthesizers and electronic music. He doesn’t just make the music, he makes the music. His debut album, The Golden Age of Wireless, is the most iconic and popular record across his storied career. It was already a decent debut when it was released in the US and UK thanks to singles “Europe and the Pirate Twins” and “Radio Silence”; however, it went over the top when a track from a later EP, “She Blinded Me with Science”, was added. Then the album EXPLODED. That additional song become one of the biggest hits in 1982, and the subsequent video was put into heavy rotation. The album itself was a change in the synth-album landscape, as Dolby used it for more of a vast cinematic quality, which would influence many similar bands for years afterward. Dolby has since earned a lifetime achievement award from Moog and also, for some reason, is a member of The Flat Earth Society. What’s nerdier than denying the Earth is round? Yeah, I don’t know. –Nick Freed 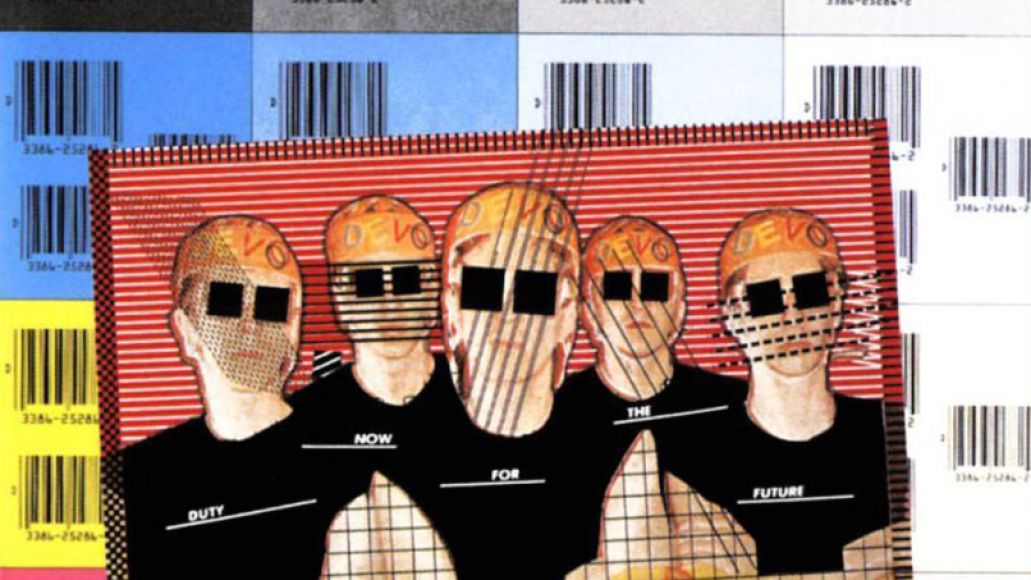 Trumpeted as the pioneers of sci-fi rock, Devo heralded a revolutionary concept for its time — promoting the theory of devolution. That is, the then-uncommon notion that humanity is regressing into a tech-dependent species. Under this philosophy, the quirky robot ensemble cranked out pseudo-futuristic albums, creating a distinct sound with trailblazing use of synth accents. Their most experimental record, Duty Now for the Future, showcases the band’s penchant for eccentric New Wave ethos to the tenth degree. On tracks like “”Pink Pussycat” and “Timing X”, the group manages to interject a patchwork of synth-heavy beats and jumbled, clumsy lyrics to create an avant-garde result. –Christina Salgado 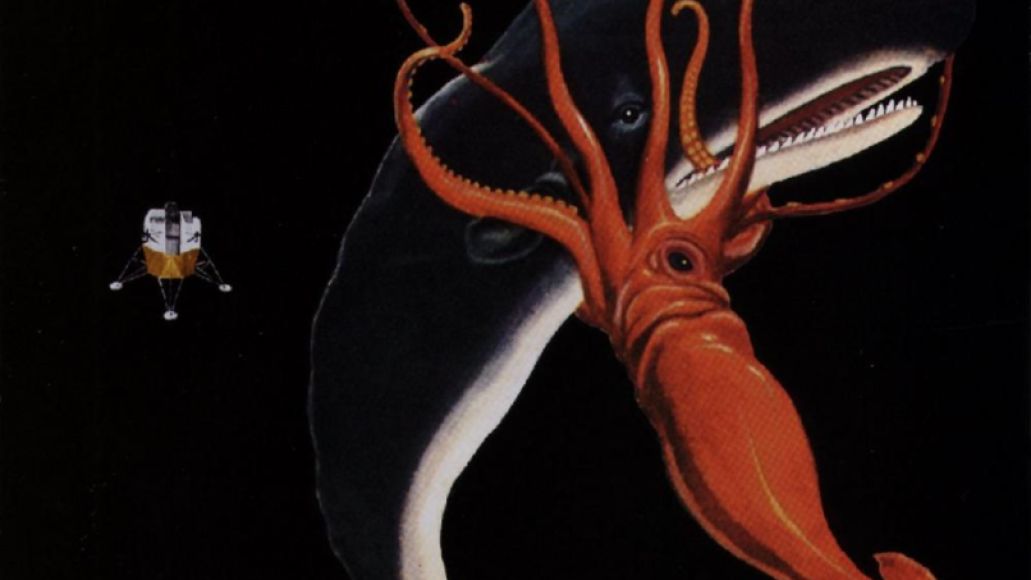 They Might Be Giants have been the soundtrack for many nerd childhoods (mine included) since their days in the art rock world of NYC and the release of their widely popular debut album, Flood, in 1990. Music fans looking for quirk, DIY ethos, and lyrics about obscure philosophers, painters, and under-celebrated American presidents found the mother lode with TMBG. The music isn’t just smart. It’s encyclopedic. It’s hard to pick the nerdiest album, but the title must go to Apollo 18. With “I Palindrome I” and its palindromic bridge, the celebration of the animal class of “Mammal”, and the poetic sky love in “See the Constellation”, the nerd is strong with this one. Not only that, but the album’s tracking compliments new shuffle technology on CD players with the 21-track “Fingertips” – a suite of 2-to-60-second tracks meant to fill in between full-length cuts when you shuffle. Oh, and Apollo 18 also gave TMBG the distinction of “official band” for International Space Year in 1992. SPACE. –Nick Freed 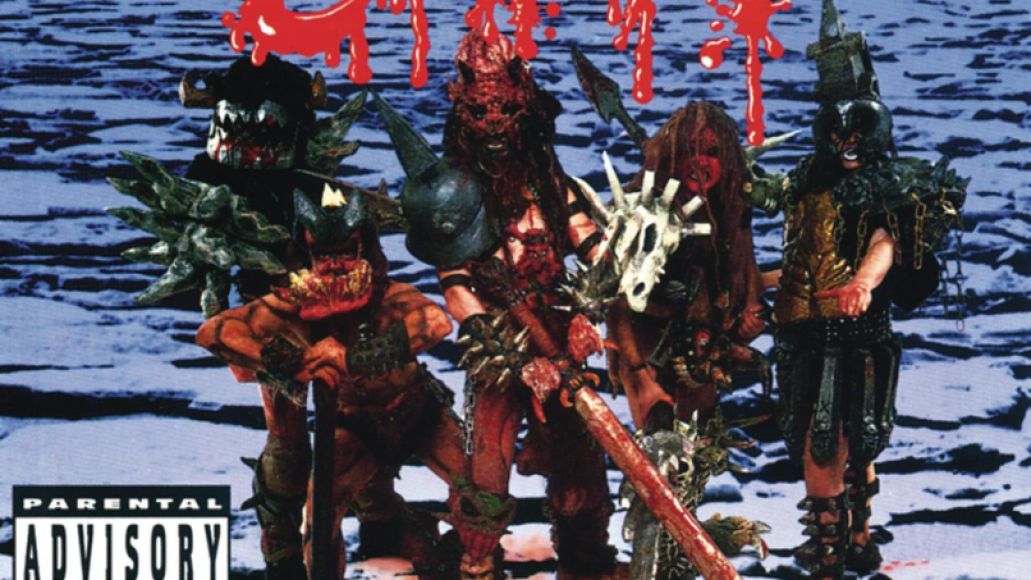 GWAR cannot be restricted to one singular album. Their Earth invasion has been destructive and plentiful. Five grown men dressing up in horror movie monster outfits, spraying blood, feces, semen, and other bodily fluids on huge crowds of eager fans, all while delivering skits of death and destruction and playing punishingly fast metal since 1988 are in a category all their own. Their highest-selling album, 1999’s Carnival of Chaos, sold nearly 400,000 copies. Their best, though, is arguably Scumdogs of the Universe. The band’s legacy from punk rock heathens to monster rockers, and their place in nerd rock stardom, is far reaching and all encompassing. LONG. LIVE. GWAR. –Nick Freed

The Greatest Nerd Rock Records of All Time