Perhaps you’ve had this fantasy before. If not, indulge me for a second. Imagine the promise of an unknown road unfolding, open, your hair wind-swept across sun-pecked cheeks. The dirt kicks up in red dust clouds under your car tires. Time has materialized beneath your fingers. You grip the steering wheel swallowing doubt, thinking in overdrive. There’s nowhere to turn but onward, nothing surging through your body but purpose.

Our nationalism is entwined with an inevitable transience. Weathered, classic American records – Blood on the Tracks, Born in the USA – paint the road as a revelatory space, a place diverging into forks and swerving into unforeseen inclines. These songwriters channeled our wrestling with identity, through the invocation of the plateaus and the plains, the snowy peaks and the prickliness of desert cacti. People are born to run, squealed The Boss. Tom Petty championed running down dreams, going wherever they lead. But careful – ahead lie those simple twists of fate, warned the bard Bob Dylan as he wheezed down Highway 61.

“On a drive I’m taking back roads,” sings The War on Drugs’ Adam Granduciel on the band’s “Burning”. He continues: “High against where the river’s flowing, I didn’t think our love had grown.” The mastermind instrumentalist and vocalist behind Philadelphia’s most promising band swerved into the recesses of abyss while chasing clarity on the band’s exceptional third studio record, Lost in the Dreams. Granduciel fluctuated between unfamiliar extremes for the past year while writing and recording, plumbing the depths of uncertainty with song.

Granduciel didn’t just brave but fully embraced an emotional territory rife with alternating states of being. This tumultuous duality both catalyzed and molded the celestial soundscapes marking Lost in the Dream. Granduciel is open about the internal turmoil that prefaced the development of this record, but not in a self-effacing way. Instead of trying to mask these feelings, he attempts to weave them into a conversation that many Americans attempt to understand on a daily basis. Granduciel does so often during ours. 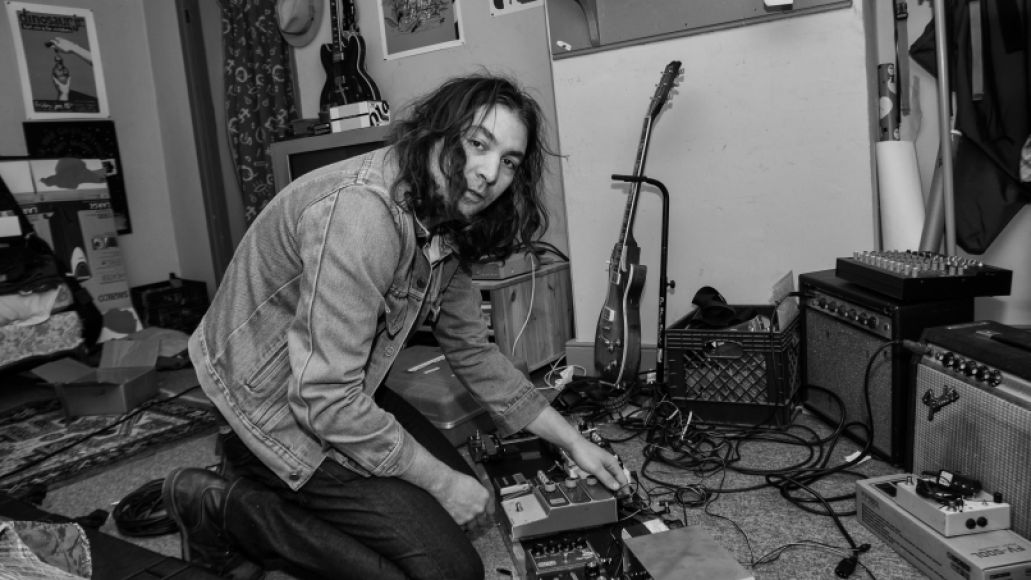 “I’m not trying to make a point, but it was a big part of the album. I’m not ashamed of it; it’s not a unique experience. A quarter of the country experiences these kinds of feelings,” he says, referring to the intense loneliness, isolation, and paranoia that informed the record. Lost in the Dream isn’t autobiographical per se, but the songs all loop back to grappling through some moment of conflict. Isolation is a barreling force on this record, an emotion instrumental to its narrative arc. Poignant psychedelic undertones of Lost in the Dream emerge in spurts, channeling disorientation.

Fittingly, within our lonely pursuit of the abstract American Dream (whatever that even means), the image of the rugged human emerged. Romancing the country road stems perhaps not so much from a deep unhappiness but a palpable dissatisfaction. Something engrained in our DNA instructs us that if we just traverse several hundred more miles past our comfort zone, we’ll peel back the sky and find that shapeless, satisfying thing: understanding. This has become embedded in our canon of culture and is the central narrative of a generous handful of our most beloved records, charting, with hums and strums, how it feels to lose oneself completely and then get found.

The band’s shimmering feat fearlessly embarks on that frightening pursuit, grappling with repressed emotions and discovering oneself in the process. The record utilizes invocations of weathered change, referencing the unpredictable role of nature, and in turn, the unpredictability of how we engage with ourselves and with others. Throughout the swooning tune “Eyes to the Wind” Granduciel alludes to natural disaster mimicking the weight of change within our souls. “Burning” shivers with a different sort of reconciliation, the pain of leaving a past lover behind through the lonesome back roads of an aimless drive. Lost in the Dream sees a protagonist wrestling with elements both within and outside of his physicality. It’s a riveting account bred of ingenious vision and masterful production.

Lost in the Dream is quite arguably the strongest rock album released in 2014. The mystique of this sharp yet turbulent record is enhanced by how it also carves the rockers into a curious middle ground — poised for the mainstream acclaim they’ve long been working towards by finely crafting a record that still rewards the cautious audiophiles and the record collectors. 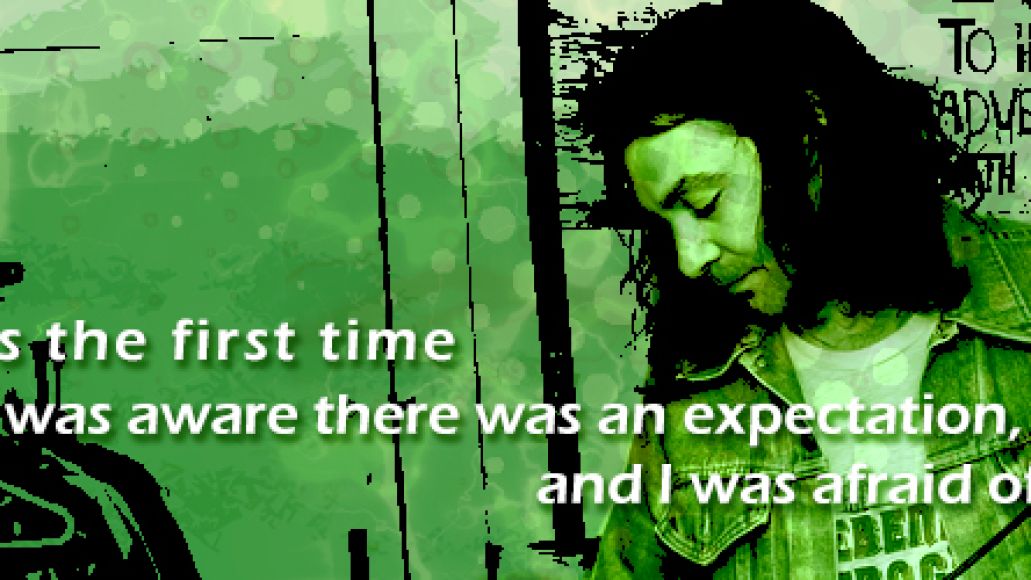 Instrumentally, The War on Drugs has been regaled for the hazy atmospherics, melded with the New Age synth crawl and sleepy guitar lines on their last record, 2011’s Slave Ambient. These woozy instrumentals and gauzy textures paint a parallel world swathed in subdued orange curls and radiant green swirls, the golden tones of Granduciel’s house depicted on the record’s cover and throughout its sleeve. Yet shadows reside there, too.

The drowsy images painted through kaleidoscopic instrumentals suggest that the band is working towards or through a dream. Thing is, Adam Granduciel is not a dreamer. Dreams don’t hold Granduciel, and neither do the realistic terror nightmares.

Obsession, though, almost did.

Talking in between sips of muddy French press coffee, Adam Granduciel is both at ease and perpetually itched. A tattered flannel shirt covers a yellow v-neck shirt, worn Levi’s underneath. Disheveled shoulder-length wisps of hair fall across his shoulders and face, down-to-earth and personable. He puffs from a new e-cig promising a “cowboy” scent. It smells vaguely like the West.

“Am I doing this right?” he asks, as the package enclosing the vaporized tobacco rested upon the stoop when I arrived. I am sitting in a creaky wooden chair in Granduciel’s living room. A shit-kicked-in pair of cowboy boots wait perched by the door, a rocking chair poised in a corner. Three portly cats — two of which belong to Granduciel’s girlfriend — slink around the living room, curling their poofy tails into armrests. The radiator clangs occasionally without warning. The last of the wind-swept snowstorm flurries flutter at the back door, like an eye drifting in and out of consciousness. 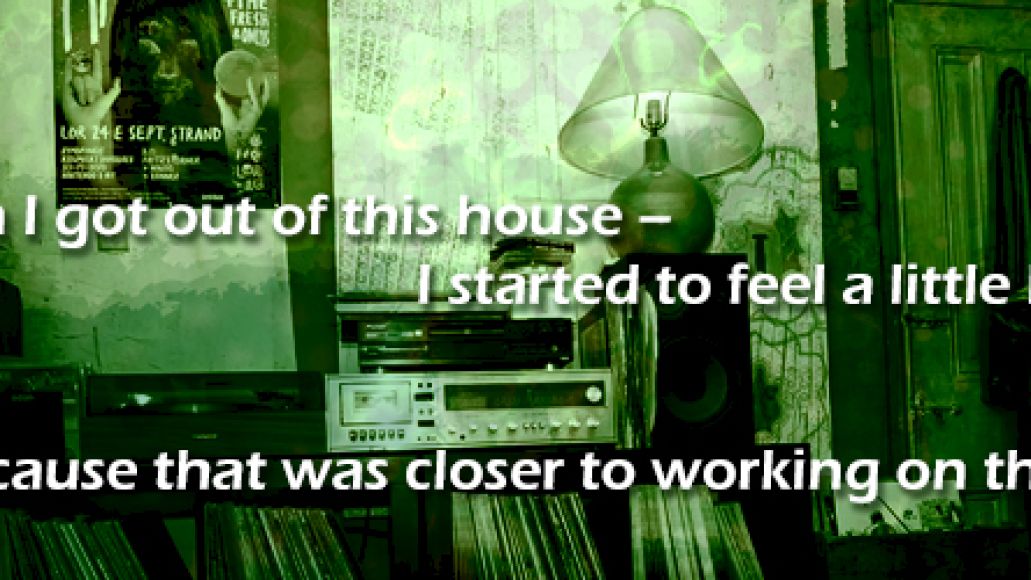 Steve Gunn’s Time Off LP hums and clicks softly from the turntable. He selected the record, yet the unhurried pace seems almost out of sync with Granduciel’s mind. I say this because even when he’s not technically working on a record, Adam Granduciel is working. He scratches his head vigorously while talking and walking, constantly thinking and overthinking. Driving, he listens to his own music, mapping out the technicalities that can be improved and letting what worked sink in. When he speaks of music it’s not about sounds, but elements, things like precision, mechanics, and dynamics. In casual conversation, he speaks like a meticulous lab scientist of the school of musical self-empowerment.

The bass tones of his voice echo through the bottom half of the house, a cavernous set of spaces cluttered with artifacts. I count one, two, three books about Bob Dylan scattered downstairs, including one solely dedicated to Zimmerman’s studio sessions, and bookending copies of Jack Kerouac’s Dharma Bums and Herman Hesse’s Steppenwolf. All of them works of wanderers, fellow calloused men seeking out their own forms of spirituality. A shredded denim shirt hangs on a lone hook.

Nestled right in the intersection of Fishtown and Lower Kensington neighborhoods in Philadelphia, Granduciel’s home is too a place of diverging extremities. I am swept with a sense that the little blue house is simultaneously a space of comfort and claustrophobia. It’s the place where Granduciel worked himself into the ground for the past year while writing, scrapping, overthinking, and conceptualizing Lost in the Dream. Hence, the consistent need for relocation.

“Once I would get out of Philadelphia – realistically, when I got out of this house – I started to feel a little lighter, because that was closer to working on the music, a little more at ease in my body.”

Granduciel’s voice on the record, half plea and half-premonition, has been often likened to his heroes’. You certainly hear Bob Dylan’s singular intonation steeped into the tight grooves of Lost in the Dream‘s nine-minute opener, “Under the Pressure”, the earnestness of Neil Young’s croons on the washed-out “Disappearing”, a compact songwriting ethos echoing the bouncy Brit-pop spirit of Dire Straits. When asked if the inevitable comparisons grow irksome, he shrugs. “I learned so much from those people. The albums that I studied, rock mythology, I’m interested in studio recordings. The lore is just as inspiring as the music to me.” 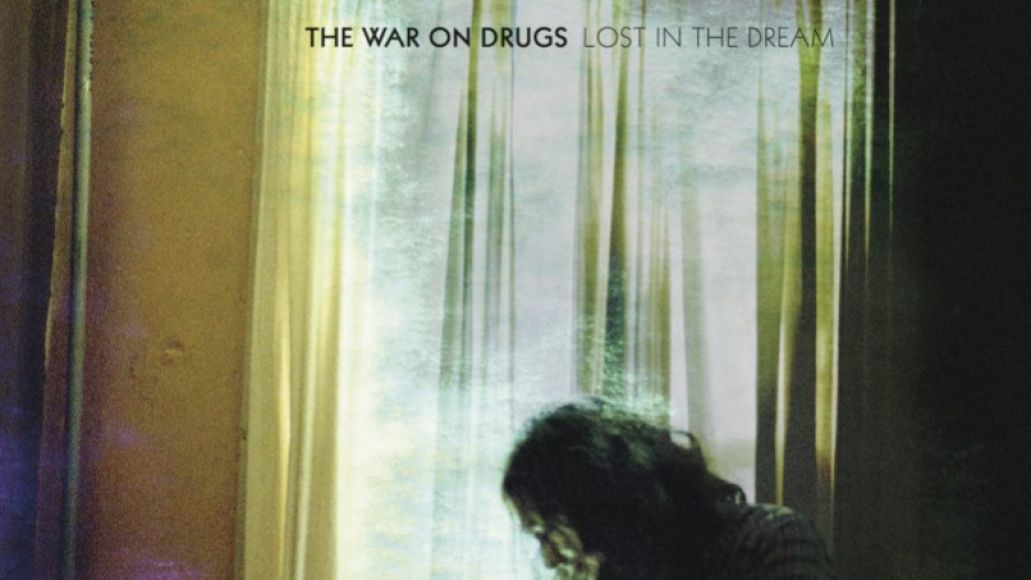 Lost in the Dream was recorded in half a dozen places, from Nashville to New York, peeling apart the mythology of the studio process in the process. “As good as it is to work in the studio, I also just wanted to be in the studios that I had heard about,” he muses. “It has great history, great vibes, and the other side of me was needing to get out of here, get out of town for a week, work on this record, and make it a part of everyone’s life that week.”

Simpsons Week at Consequence of Sound

Losing My Religion: The Demise of Rock and Roll

A Wilco State of Mind

The War on Drugs: Journey Towards Clarity