Fun fact: Before his days fronting Tool, A Perfect Circle and Puscifer, Maynard James Keenan studied interior design. He put those talents to good use designing his own house in the Hollywood Hills, and unlike Tool’s new album, he’s made it available for purchase.

Keenan recently listed his Hollywood mansion for sale, and real estate site Zillow has all the details. Described as a private and secluded Mediterranean-style home in the Hollywood Hills, the mansion has some pretty fantastic views.

As for the insides, it’s a bit, well — ostentatious might be the word (some people prefer “hideous”). The walls are everything from aqua blue in the master bedroom to some sort of devil’s pinkish red in the bathroom. The patio features a hot tub with a killer view of the Hollywood sign, but it sits under a canopy atop pillars adorned with what are described as “faux-patinaed goblin babies.” There’s also a room that appears to feature a far eastern-style shrine and chandeliers that reportedly come from the estate of Zorro. (I didn’t even know Zorro was a real dude!)

It’s all rather intense for my taste, but if you’ve got the $2.495 million to drop, it can all be yours. Hey, that’s a solid $300,000 less than it was listed at earlier in the year. No word on where Keenan is moving to, but we’re guessing he’ll stick in the L.A. area at least until his 50th birthday shindig goes down.

Check out some images of the mansion below, and see the rest at Zillow. 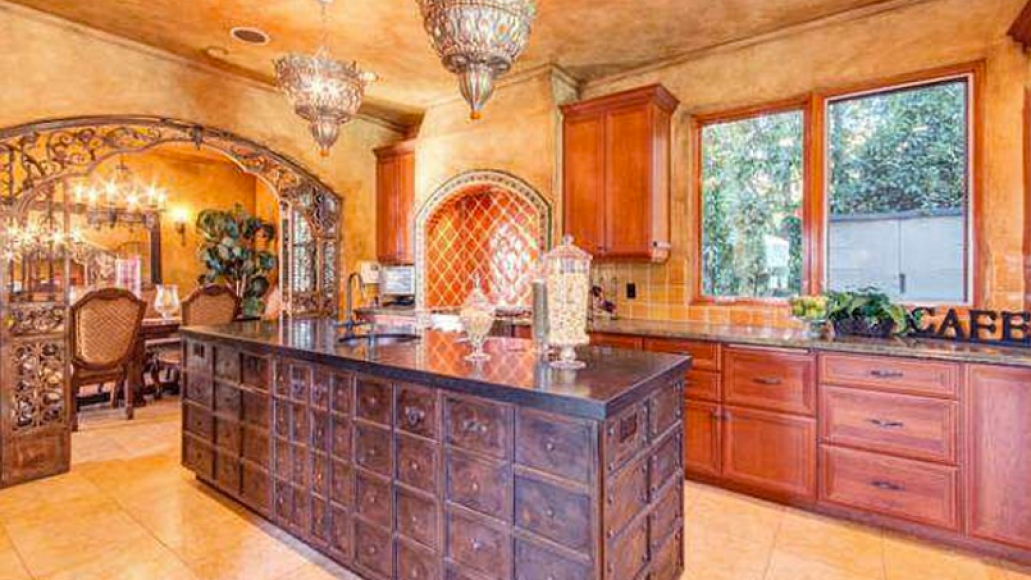 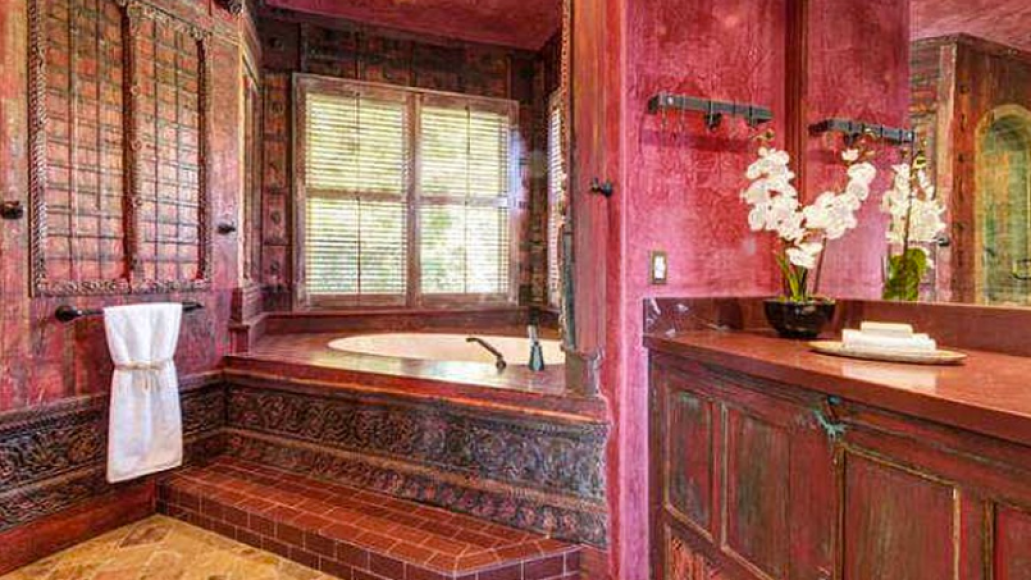 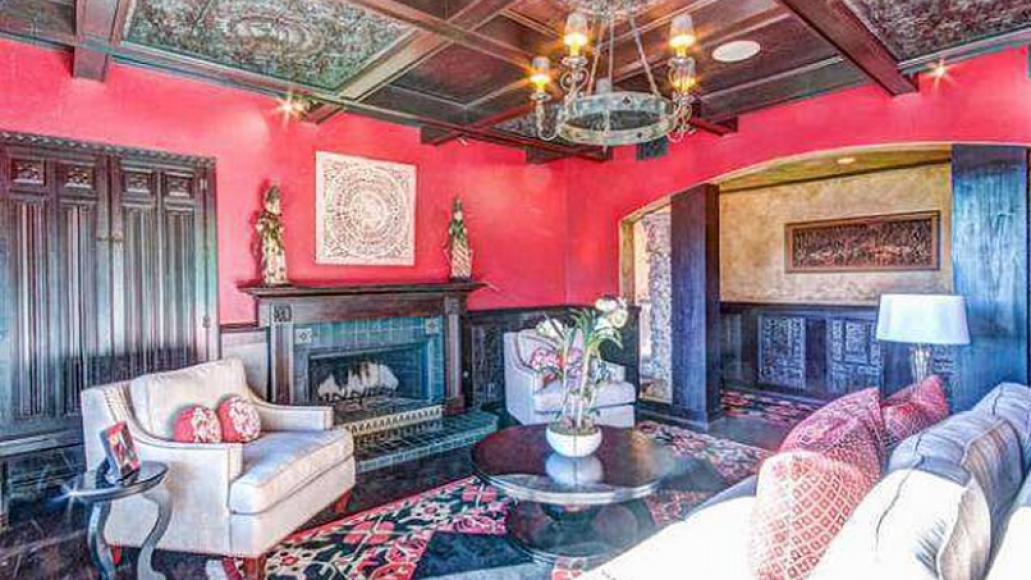 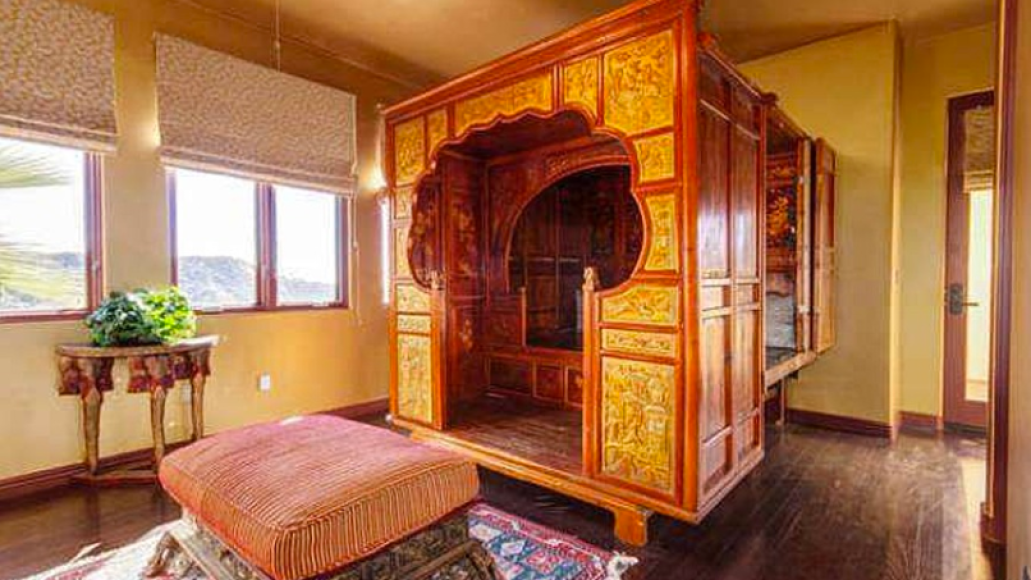 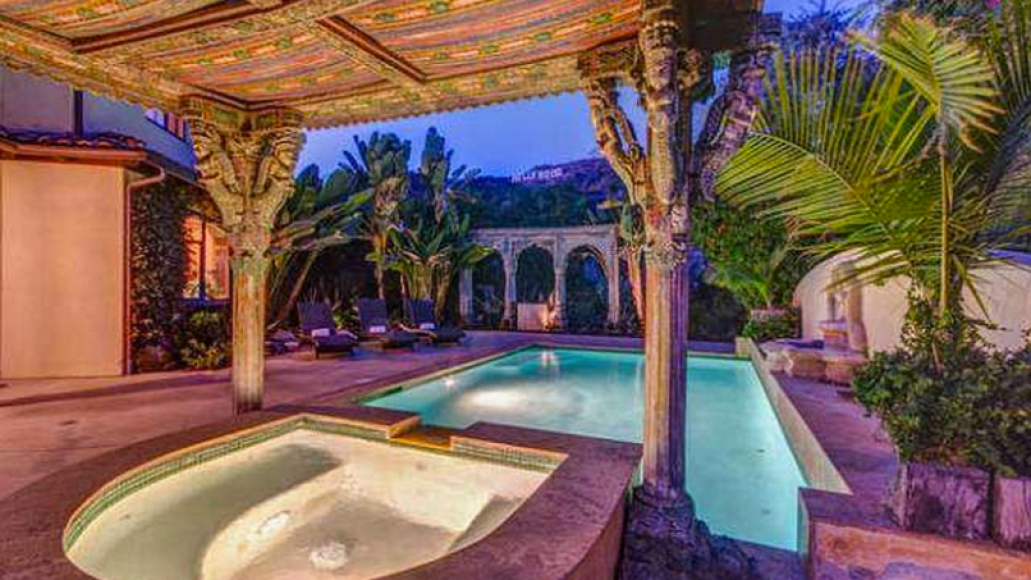