Baltimore-based synthpop band Future Islands will return later this month with Singles, their fourth studio record. Last night, the quartet previewed the new LP performing “Seasons (Waiting On You)” on Late Show with David Letterman. Singer Samuel T. Herring’s performance is always something to behold, but his gravely shouts and epic dance moves had a particular effect on Letterman, who seemed even more jazzed than usual. Check out the replay below. 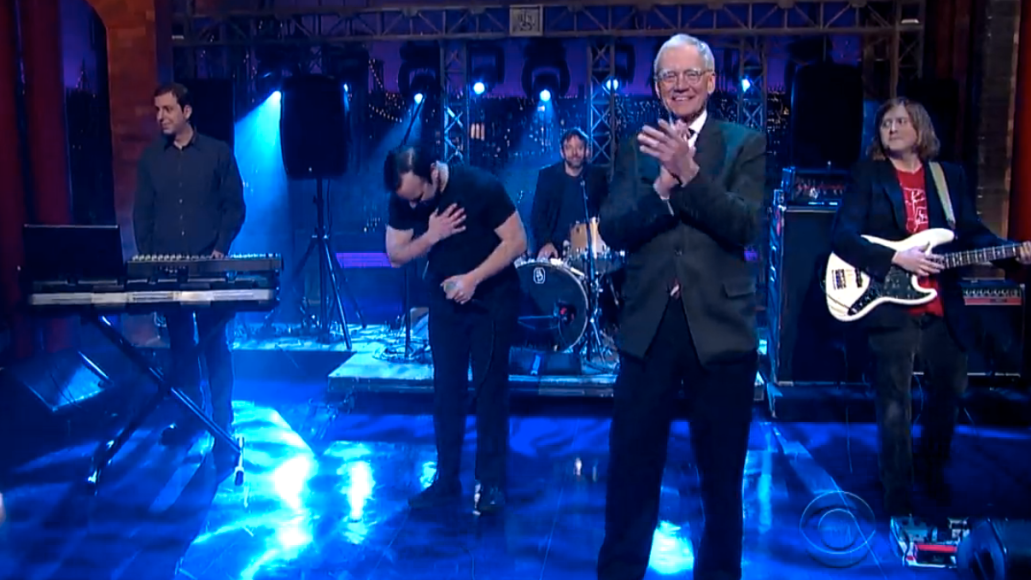 In related news, please join myself and fellow CoS staff members Josh Terry and Sasha Geffen as we try to conjure up an exact description of who Herring resembles. So far, we’re at Morrissey meets Seth MacFarlane with a little bit of Bruce Springsteen and Ian Curtis mixed in.

Singles is out March 25th from 4AD. Pre-orders are ongoing.

Update: Watch the band’s new video for “A Dream Of You And Me”.