Since my wife’s an artist, I’ve been subjected to some pretty terrible art shows. But more than just wannabe Jackson Pollock’s or 32,856 graffiti artists, it’s the artists that put themselves into their work that’s often most disturbing (and hilarious). Like that girl who rubbed charcoal on her face and walked into the wall for what felt like 11 hours. Or, the guy who used a, um, rather special part of his anatomy to draw portraits. Maybe because this is my favorite work of art I can’t properly judge, but the whole thing’s always felt sort of pretentious and possibly the reason that art gets a bad wrap. Although, I still go for the free pancakes and booze.

Still, even I’ll take my hat off to artist Natalie Sharpe, whose done something truly amazing with the human form. In honor of Record Store Day, Sharpe (who records as Lone Taxidermist) painted eight “very inspiring and spectacular albums” directly on her face. Done over the span of six hours each and completely by free-hand, the resulting images are both beautiful and beguiling, an intriguing synthesis of art and music. Plus, look what a little patience can get you.

So, why exactly turn her face into the ultimate canvas?

I decided to paint my face for record store day. After moaning that I never get the easter weekend off because Im always face painting, a friend Dan Conway suggested I paint my face as a piece of vinyl. I stupidly thought I could knock these out in a day. Three days later with a bleeding face and being accused of racism after posting my progress on Facebook, I had to stop.

These are not my top eight albums, I don’t believe in that crap, but they are eight very inspiring and spectacular albums that I keep returning to. Each face took between 3 – 6 hours to paint. I cried after finishing grizzly bear, I thought it had broken me. I don’t use any stencils its all freehand. Record Store Day, here is my gift to you.

Check out a few of our favorites below (via Pigeons and Planes). 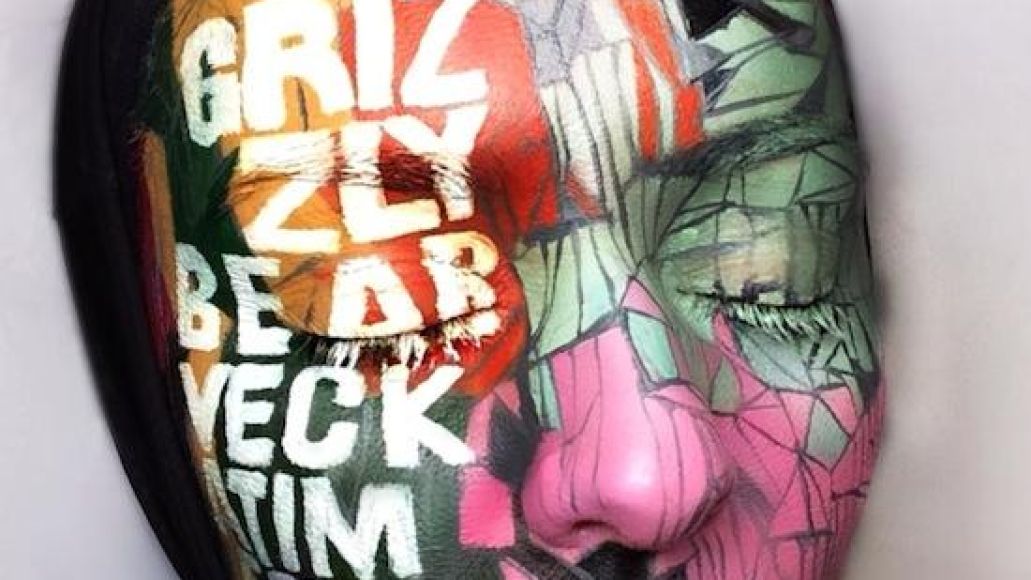 Grizzly Bear‘s Veckatimest: I was going to make a joke about stained glass, but this is too awesome. 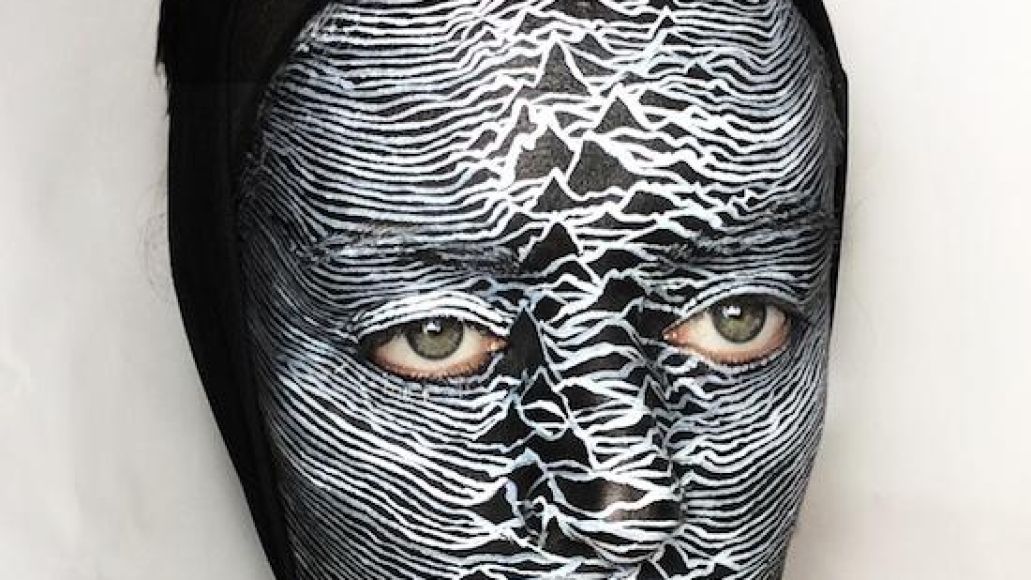 Joy Division‘s Unknown Pleasures: Somehow she made the most foreboding album cover ever all that more surreal and frightening. 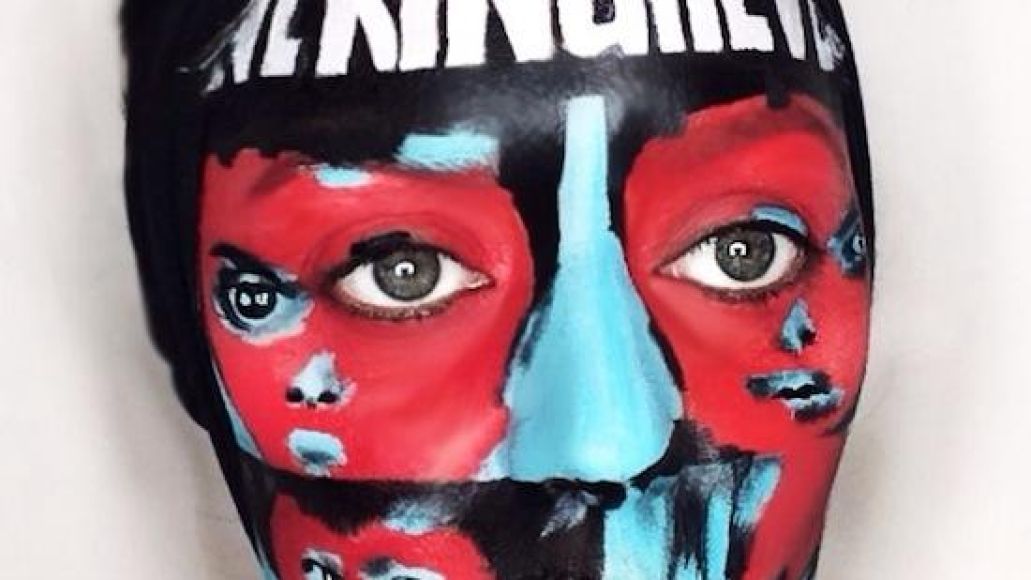 Talking Heads‘ Remain in Light: We can never un-see this. 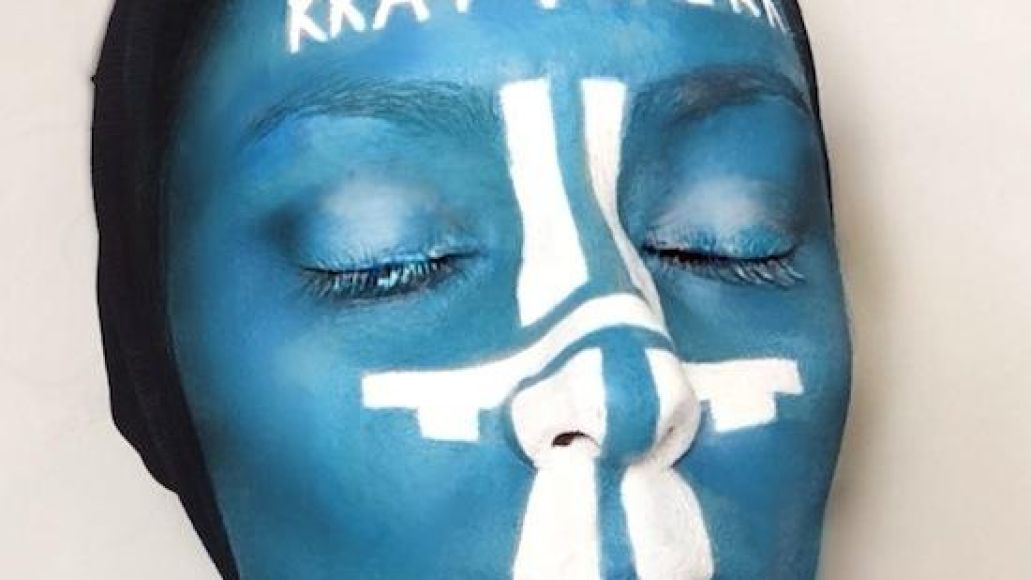 Kraftwerk‘s Autobahn: Am I alone in thinking she looks like a Transformer? 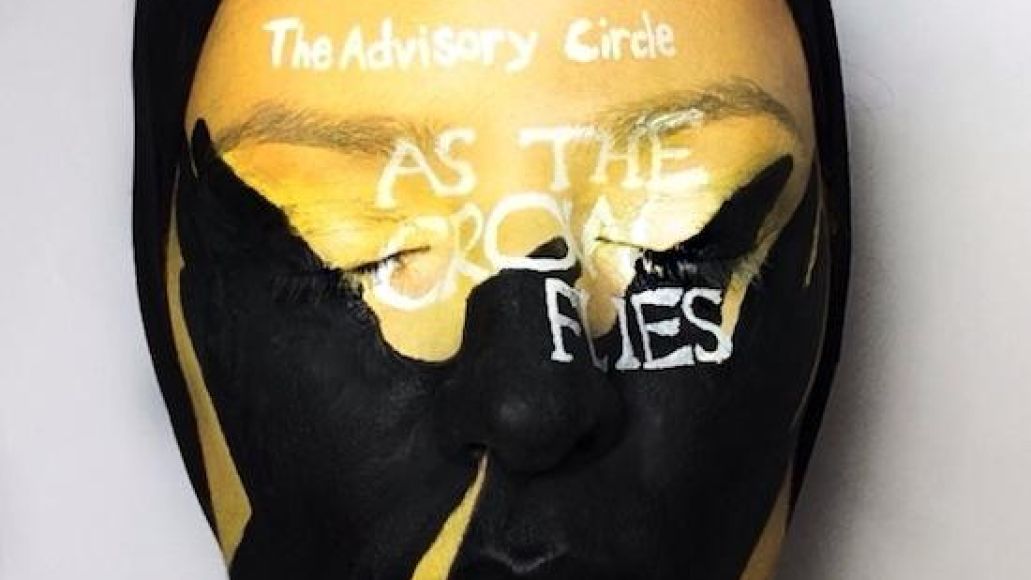 Advisory Circle‘s As the Crow Flies: For being drawn by hand, she’s got amazing penmanship.

A Collection of Classic Album Covers: As Painted on a Woman's Face