After striking the underground dance music scene with an infrequent string of releases since the mid-‘00s, from hit remixes to collaborations to his It’s the Arps EP, Todd Terje (aka Terje Olsen) has finally assembled an album. It’s Album Time gestures towards Olsen’s growing confidence as a producer and newfound preparedness for curating a collection of his own musical pieces. Featuring a robust range in pace, imagery, and vocal implementation, the record is the most eclectic and thought-out work from Olsen to date.

Olsen’s breakthrough 2012 hit “Inspector Norse” (which shows up on both It’s the Arps and It’s Album Time) highlights the producer’s beginnings in what’s becoming known as “space-disco,” a ‘70s disco subgenre rubbing shoulders with modern synthesizers for the purpose of creating a visual and sonic interpretation of outer space. The pseudo-mockumentary music video for the track features an excerpt from Kristoffer Borgli’s short film Whateverest, the story of Marius Solem Johansen (Inspector Norse) whose obsession with electronic music (“And there are certain types of electronic music that give me the urge to dance”) sends him into a dance-drug frenzy with horses, a hoe, and the beach, among other things.

Molly’s best friend, EDM, the often-seen unintellectual pocket of dance music, isn’t that far off from what Terje does in some of his stylistic choices. Almost “EDM-gone-indie,” the be-all power of drug and dance is definitely a thematic presence in the space-dance monotony of “Inspector Norse”, among other tracks, including the record’s single, “Delorean Dynamite”, “Oh Joy”, and elements of his diptych “Swing Star, Pt. I” and “Swing Star, Pt. II”. These tracks come from Olsen’s pre-2013 catalog, packed with DJ vibes for aimless dancing, and though their lack of experimentation and individuality echo the general EDM scene, they highlight how It’s Album Time finds a changed Olsen, his proclivity for less experimental space-disco in his earlier work transformed into the experimentation seen in his newer tracks, making for a terrific, multifaceted collection. 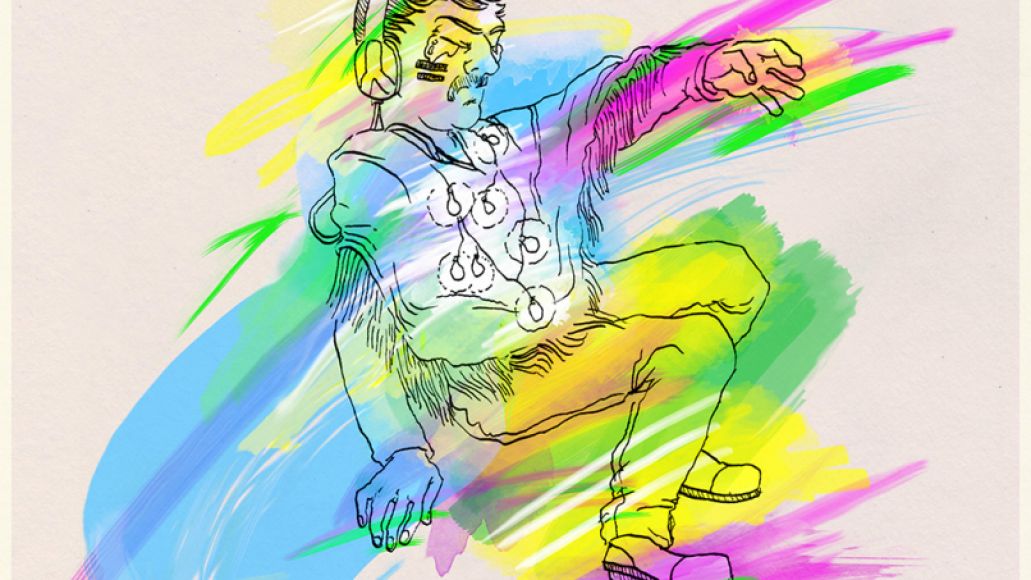 The early portion of the record ranges from the piano chords and mystical filmic qualities of “Leisure Suit Preben” to the bass-filled space scene dropped into Mexican on “Preben Goes to Acapulco” to the Latin American-infused claps of the cha-cha’ing “Svensk Sås”. Even the record’s brief opener, “Intro (It’s Album Time)”, with its escalating suspense and the growingly loud “it’s album time,” is a fantastic burst of energy.

The record picks up in pace after that with “Strandbar” (meaning “beach”) and “Delorean Dynamite”, the latter of which is the record’s action-packed climax: A buildup of drum machines and synth bursts reaches a starry moment redolent of “Inspector Norse”, but is even stronger and more compact, before fading into an intergalactic, floating-in-space sleep. Quietly, carefully, “Johnny and Mary” wakes you up — or equally it rouses Bryan Ferry, whose featured vocals croon with a subtle rasp in between Olsen’s arpeggios and synthesized airiness.

A cover of Robert Palmer’s 1980 hit, “Johnny and Mary” is the primary example of Olsen’s change of pace, and its inclusion might suggest a desire to heighten his music’s overall emotional undertone. Or maybe it’s just to show you he can do something different. Either way, its delicate placement after the careening “Delorean Dynamite” strikes hard at the expectation that an EDM album has to be entirely upbeat. Through braiding EDM, disco, and ’80s pop, Terje both unites 20th century moments of dance music with today’s obsession for loudness and velocity and defies the laws of modern EDM by experimenting with pace, ethnic effect, and vocalization.

With the inclusion of a decent portion of older tracks, it’s confusing to what degree Olsen really attempted to put together and master the construction of an “album.” It’s possible their inclusion was meant for some specific reason, whether for Olsen to highlight his growth as an artist or make a statement about which of his tracks are his favorite. But the hour-long record could’ve benefited from either less early material or more new. At any rate, this definitely winks at the whimsicality of the album’s title, and more importantly, It’s Album Time finds Todd Terje shattering dance music stereotypes. He’s an essential experimenter, with the record’s filmic feel perhaps suggesting a future in motion picture soundtracks.