There is a quote that hangs above the music room at Schubas Tavern. Held in a bronze frame, the words come from “The Rest Is Silence”, an essay by Aldous Huxley: “After silence, that which comes nearest to expressing the inexpressible is music.”

For Huxley, music was more than bars and notes on a page; it stirred something in the soul. Music was the ghost of “man’s most significant and most inexpressible experiences,” evoking in the listener something raw and emotional: the anguish of defeat, the triumph of love, the warmth of days past.

Located at Belmont and Southport, Schubas looks like any other slightly upscale bar in Lakeview—except for the Schlitz logo on the building. Considered one of the best small rooms in Chicago, Schubas has been a destination for rising artists as they tried to grasp something magical, something inexpressible to connect with their fans. Since opening in 1989, Schubas has hosted more than its fair share of future stars—The National, Janelle Monáe, and My Morning Jacket, to name a few of the venue’s Hall of Famers.

But long before a single note rung out at Schubas, its life began as a Schlitz “tied house”—a brewery owned the bar where it exclusively sold its drinks. Step inside Schubas and that history comes alive: There are meticulously restored Schlitz logos, a Schlitz statuette standing atop the photo booth, a Schlitz dinner plate perched on a shelf behind the bar. And yes, they still serve Schlitz on tap. 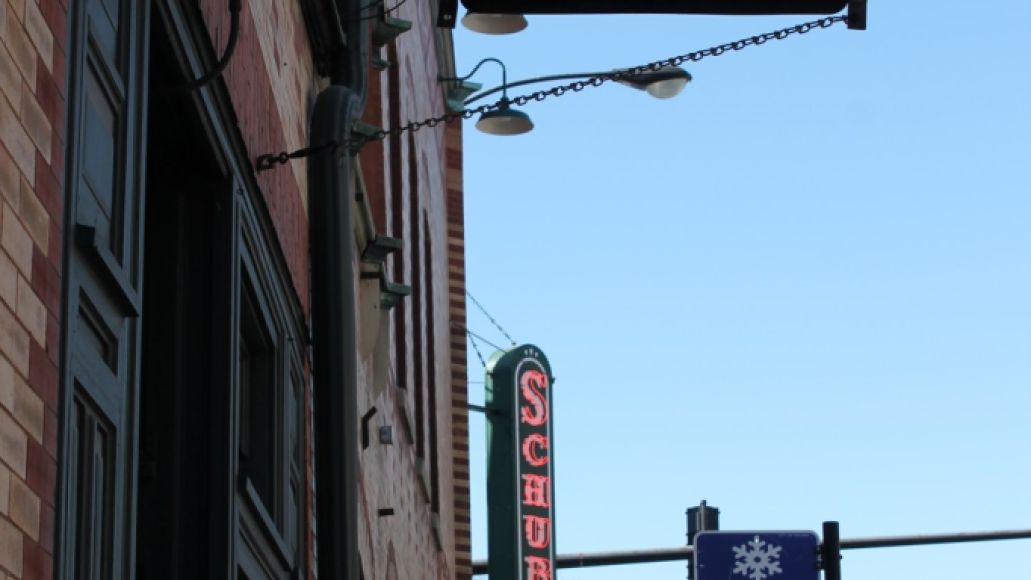 At the turn of the twentieth century, breweries like Schlitz prided themselves on building exquisitely designed bars. Their aesthetically pleasing appearances served as a middle finger to the temperance movement, whose fervor was building toward Prohibition. Breweries wanted to show that their bars weren’t the cesspools of drunks and degenerates that the Anti-Saloon League decried.

Even when Congress repealed Prohibition, the tied-house system remained defunct as bars passed to private owners. In the century since Schubas’ building opened, tied houses were bought, demolished, and rebuilt. The City of Chicago recently designated Schubas a historical landmark—it’s one of 44 remaining Schlitz taverns—citing its “rare” German Renaissance Revival architecture. In an ironic turn of events, the city immortalized what it once tried to destroy.

When Schubas opened in 1989, Lakeview wasn’t the most pleasant area. In fact, it resembled the kind of neighborhood someone from the Anti-Saloon League would have avoided. The venue’s first talent buyer, Ray Quinn, remembers that “nobody wanted to live on Southport” and how it “wasn’t that good of a neighborhood.” He adds: “There were prostitutes on the corner, on the bus stop bench every day.”

But just about everything—Lakeview, Schubas, Belmont—has changed in the past 25 years. 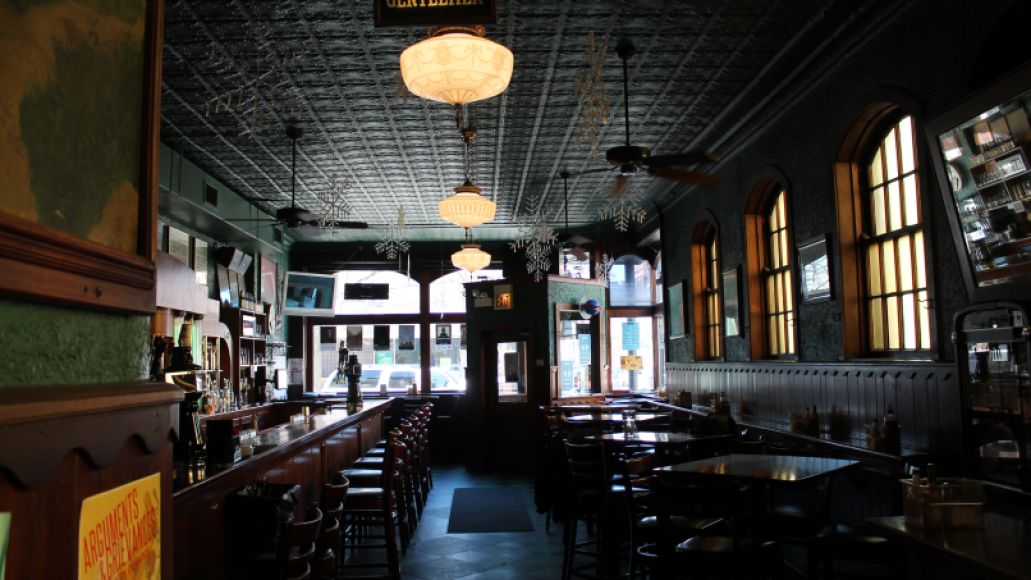 When I arrive at Schubas on a brisk, sunny morning, promotions director Jud Eakin greets me at the door.

“I have about 10 minutes,” Mike Schuba says as he sits next to Eakin by the bar. Summoned from an in-house phone, the co-owner is an imposing man with graying hair and long, white sideburns. Mike’s voice is gravelly and gruff, even when he’s discussing fond memories. But soon he’s excitedly talking about 1989, about the venue’s first show (Big Head Todd and the Monsters), about a legendary Tuesday residency by a jam band, The Otters. He stays a bit longer than 10 minutes. He’s a music industry veteran telling tales of days past in a slow and deliberate voice, starting with the rough-and-tumble reputation of the venue’s predecessor, Gaspar’s—a bare-bones new wave rock club.

“We had heard stories for shows,” Mike says. “They would climb up on the pole in the alley to steal power for the lighting, the artists getting shocked by their microphones.”

Schubas didn’t start solely as a music venue. The brothers cobbled together a used PA system and lighting to host concerts on weekends. Since the bar was deserted on weeknights, Quinn invited Stuart Rosenberg, a local musician, to jam in the back on Tuesdays. Rosenberg saw an opportunity to assemble an eclectic group of his friends as The Otters. The ground rules for The Otters were that the band wouldn’t try to get signed or get other gigs; they only wanted Tuesdays at Schubas. Word spread, and the lines wrapped around the block to see them play every week. Rumor had it Merle Haggard and Bob Dylan even stopped by.

“The most intense memory is the way that this gorgeous, incredible crystal formed out of the coal,” Rosenberg says. “And for the next several years, every Tuesday night was like the greatest Saturday night party you can imagine.” 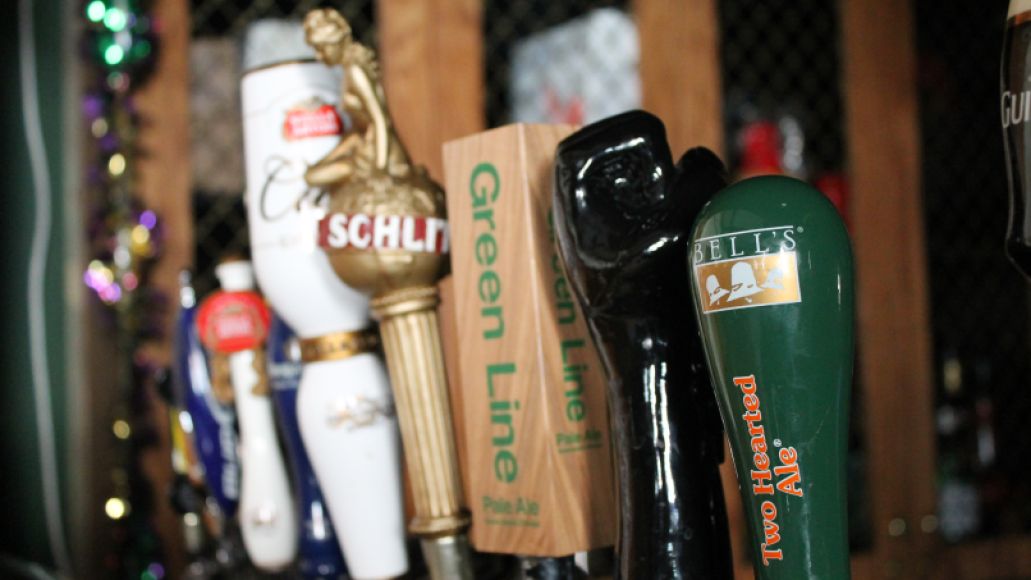 At the end of the residency, The Otters played Schubas somewhere between 250 and 275 times. The band needed to print on both sides when they designed a tour shirt for every gig they had. By this time, Quinn says, Schubas gained a reputation as “this little showcase room in Chicago.” And he was at the heart of the booking process, organically building relationships with managers and record labels. “There was very little time off, but I was really young,” says Quinn.

“And I could drink for free,” he adds with a grin.

Because he succeeded at filling the room, Quinn had free reign to book whomever he wanted. In the process, he established Schubas’ reputation for hosting high-quality bands and treating them well. Quinn remembers being approached by an agent proposing that Tom Wopat—Luke Duke in the original Dukes of Hazzard—play Schubas. Quinn said no.

“This place is only for people based on their musical merit, and nothing else,” Quinn says. “I didn’t care how famous they were.”

Through his uncompromising vision, Quinn established Schubas’ virtuous circle that quality performers would gravitate there. Twenty-five years later, it’s one of Chicago’s most respected rock clubs, acclaimed for its sound. “It’s the marquee room in this city for a reason,” says Yvonne Doll, singer for The Locals. “They know how to put on a show.”

But the reason artists love to return is because Schubas prides itself on being an inviting place for the artists it showcases. 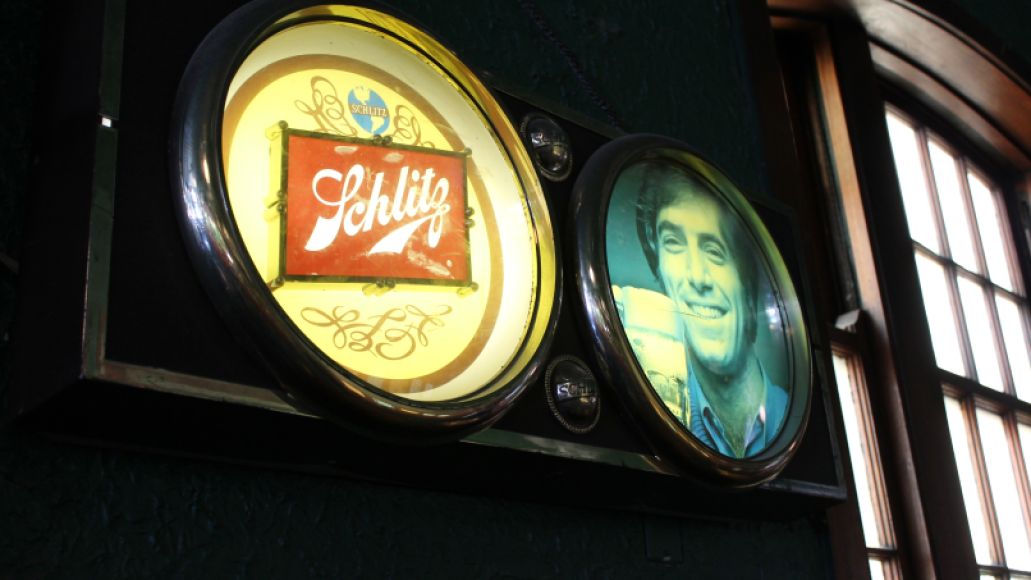 Walk downstairs at Schubas—but watch your head, the ceiling’s low—and you’ll reach the green room. It’s where I met Jenny Owen Youngs the first time I covered a show at Schubas. The enclave for visiting artists is complete with warm lighting, a comfy sofa, and walls plastered with posters from old gigs. When I interviewed Youngs and her bandmates, they had just finished their complimentary dinner. (All food is supplied by the Harmony Grill, the restaurant that’s attached to Schubas.)

For Kevin Barnes, singer for of Montreal, being a starving artist was part of the band’s early performing career, and a free meal at Schubas was a welcome perk. “That meant a lot, especially in the early days when we weren’t really making any money,” says Barnes. “And I just remember it being a highlight of the tour, always.”

of Montreal ended up playing Schubas six more times since their first show in 1999.

“The brilliance of the Schuba brothers,” Rosenberg says, “is they figured out how to create a really comfortable context that honored music and honored the fans and held the musicians in high esteem.”

In the words of Matt Rucins, Schubas’ current talent buyer: “Our staff treats bands like kings.”

Rucins no longer really needs to contact bands to play Schubas. The venue has an email dedicated solely to fielding pitches from local bands who want to open for headlining acts. 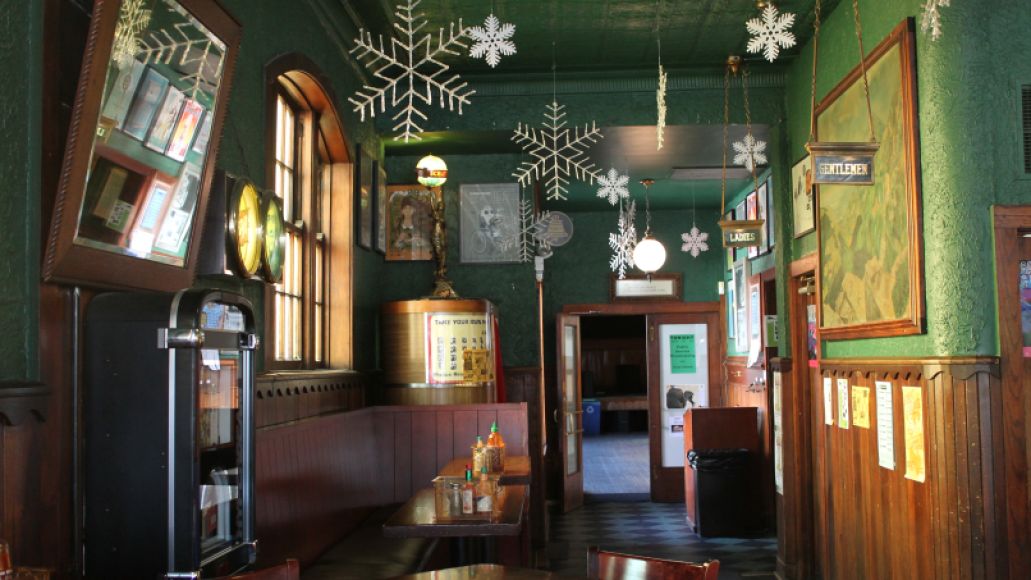 Erik Selz, the owner of Red Ryder Entertainment, which represents Andrew Bird and Jukebox the Ghost, says, “It’s become our go-to first step in the market for most of our bands.”

The benefits of having a reliable venue while on the road are not lost upon Tommy Siegel, who plays guitar for Jukebox the Ghost. He remembers the struggles of slogging cross-country in a minivan, but could always count on Schubas’ hospitality.

“I don’t have a great memory for most things, but I do have a good memory for touring and venues,” Siegel says. “The ones that really stick out are the really bad ones or the really good ones, and Schubas always fit into the ‘really great’ category.”

Schubas’ former talent buyer, Doug Lefrak, says he tried to continue the tradition of “making bands feel like kings when they came to Schubas; it was their home away from home.” Lefrak now owns his own company, Feisty Management, whose clients include Doomtree and Motion City Soundtrack.

“I want my artists to go through the doors of Schubas first,” Lefrak says.

Chicago's Other Music Box: The Story of Schubas Tavern