Erika M. Anderson is doing yoga in a corner room of Matador’s open floor plan SoHo office. It’s late afternoon on a Friday, and things are winding down for the week in the indie powerhouse’s headquarters. I do interviews about five times a week at this point, but I’ve never had someone do yoga while we talk. It’s relieving in some ways, because I’d found the prospect of interviewing EMA to be especially nerve-racking. It’s rare for an artist to make me nervous, but the sweaty smears my fingertips make on my iPhone screen as I scroll through my questions are tangible proof of my butterflies.

It takes a while for our interview to get started. I’d been waiting on a folding chair in the nonexistent lobby of the old-school Manhattan building, chatting with an affable publicity director, a man who has had a hand in the advancement of more legendary artists than years I’ve been alive. Matador’s involvement with EMA’s career feels auspicious and makes sense. I’d find out from her later that Matador and co. tried to sign her even before her celebrated 2011 album, Past Life Martyred Saints, came out, but it wasn’t in the cards. Instead, her first release with them will be this year’s The Future’s Void.

Finally, a lanky woman, taller than I expected with a sheath of white-blonde hair, walks down the hall. Is that even her? I squint, not 100% sure, but then she’s trying to hug me in apology for making me wait. She’s dressed in sweats and a T-shirt on which she’s hand-drawn the Ghostbusters logo. This is not what I was expecting from the woman who penned “Butterfly Knife”. 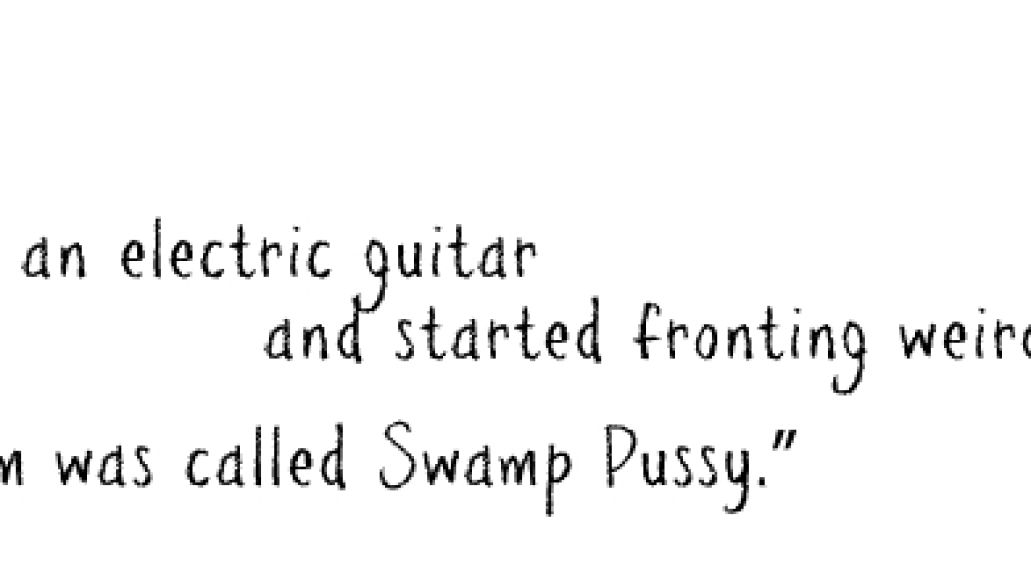 “I like interviews most of the time,” she says casually, settled, at least for now, on the love seat. “That, and I’m from the Midwest, so I try to be polite. We’ve talked about me so much. We should talk about you!” She insists, so I tell her I’m a native Oregonian, knowing she relocated to Portland after the clamor around Past Life Martyred Saints died down. The record not only sent ripples through grunge, indie rock, and electronic pop circles, but also addressed bleak themes of depression and self-mutilation.

Its creator, though, is the unaffected strain of serene that rarely accompanies artistic temperament. She seems genuinely interested in me as a human, something that’s rare when interviewing musicians—especially good ones. We talk about the charms and pitfalls of her now home of northeast Portland before moving into more nostalgic territory of her childhood in South Dakota.

“It’s taken me such a long time to unpack growing up in South Dakota. It was such a culture shock to move to L.A., but it’s also very subtle. People have different stereotypes for like Italian versus Germans, but Italy and Germany are so much closer to each other geographically than California and South Dakota are.” 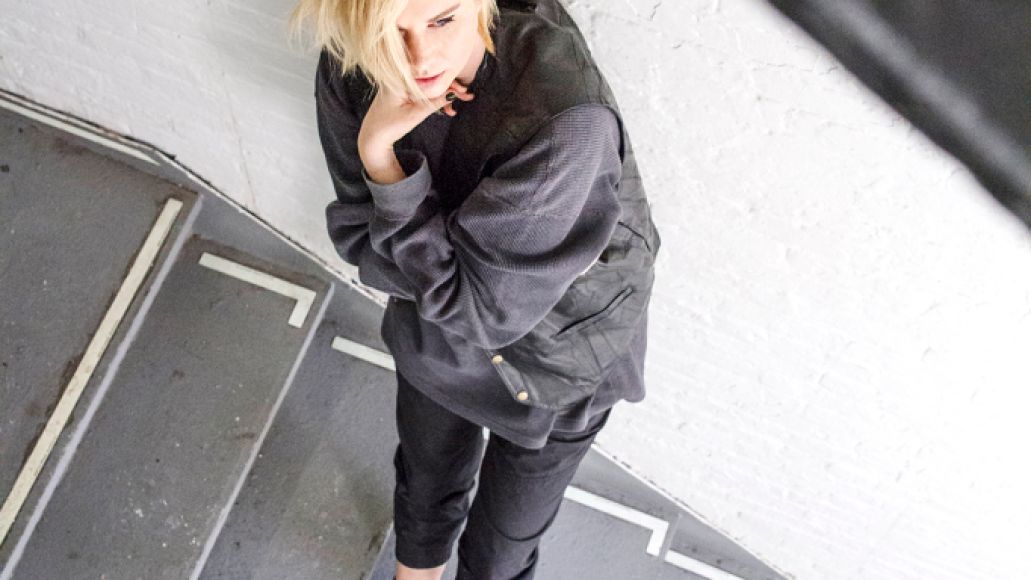 The two economic mainstays for her hometown of Sioux Falls are a meatpacking industry and the state penitentiary: not exactly fertile ground for creative impulses. Still, the urge to create came early, even if she struggled with authority.

“I was doing music in high school,” she says, noting a gradual shift from choir to her own music. “I got kicked out of choir like three years in a row—just for being naughty! I got an electric guitar and started fronting weird rock bands. One of them was called Swamp Pussy. I had these weird performance, arty punk bands. It was a really male-dominated scene in South Dakota. There were no ladies at all playing, so I was kind of like this sensational thing. I had a rep at that point. I had a shaved head, and I was ‘that Erika chick.’”

Part of her rebellion stemmed from the usual suspect for kids trapped in America’s confining school system—boredom. An early one-off release revealed that the three-minutes-and-done song structure never suited Anderson, whose 16-minute interpolation of Robert Johnson’s “Kind Hearted Woman Blues”, for instance, takes patience and keen attention to fully appreciate. Or, listening to the seven-minute mythical drone of “The Grey Ship”, the opening track from her last album, it’s easy to see why Anderson found public school to be tedious; the breadth of ideas and styles wielded by these songs suggests a mind more interested in the uncanny than textbook answers or lunchroom complexities. Still, she says the typical popularity hierarchy wasn’t as prevalent in her Midwest high school. I ask her if she was really “goth in high school,” a lyric from “Butterfly Knife”, and she brushes off the idea of a label that specific, asserting instead that she sensed she never fit in.

“In South Dakota, there was no distinction between people—you were just weird or you weren’t weird,” she says. “I was weird! I wore combat boots and a trench coat for a while. I was a young female nerd, a total bookworm, and really smart. Any work they gave I would be done with really quickly, so I was always bored. I would act up a lot, and I was brilliant, always in trouble, always going to the principal’s office.” 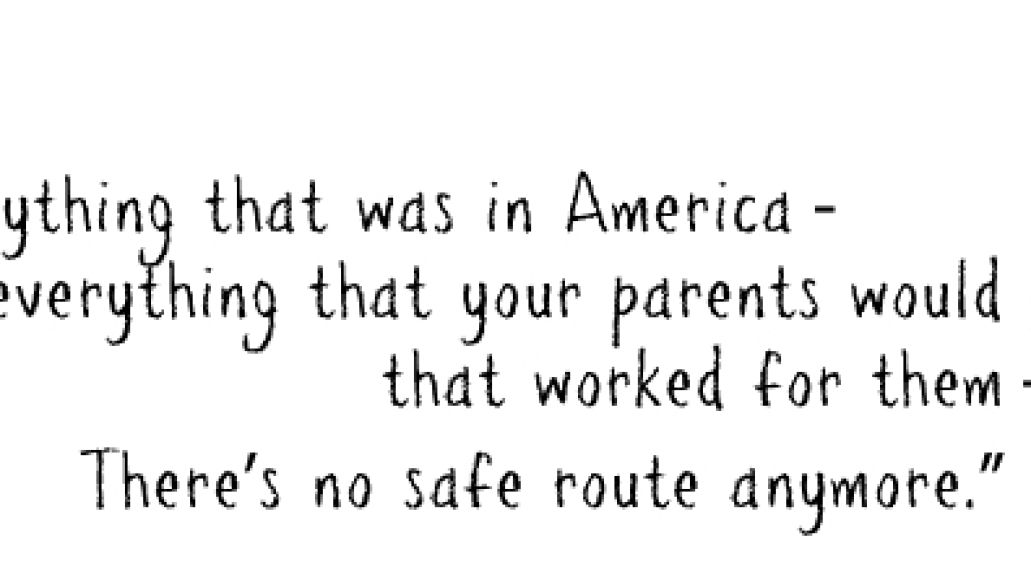 Typically, the long stretches of boredom between school and breaking out of Sioux Falls were filled with early drug experimentation, but more ominously, also a looming sense of the collective generational angst that led to horrific events like the Columbine shooting. Now, at a time when senseless mass shootings feel like a semi-regular occurrence, Anderson reflects on hearing those sentiments coming down the pipeline.

“In the Midwest, we could kind of see Columbine coming from a ways off. That was totally in the water, I think,” she says. “I remember smoking weed in the basement— and I don’t want to say what grade because it was a really young grade—and people would just be like, ‘Man, it would be so rad to just bring a gun in…’ That’s kind of what ‘Butterfly Knife’ is about; when did that talk become a reality?”

The vicious noise of that song, along with its openly violent lyrics about self-mutilation, make a harrowing, uneasy listen. But it also reflects this underbelly of dissatisfaction that desperately needed to be exposed. Anderson said that she thinks talking about it in such literal terms was what caught people’s attention. In a 2011 interview with The Quietus, she mentions being inspired by a story in LA Weekly about a teenage couple who murdered their friend. The song channels that kind of twisted reality—the stuff that’s too weird to be anything but true.

“I was talking about it in a frank way, and I think that was part of the reaction to it as well,” she says. “It wasn’t some metaphor of like, and then I was ‘golden brown’ or something like that. It was just straightforward.”