FACES is Consequence of Sound’s new quarterly literary magazine. Each volume will focus on an artist whose scope of creativity and cultural impact defies simple categorization. Through a blend of original artwork and a variety of writings, we hope to both shed light upon and celebrate the artists who continually inspire us to put pen to paper.

The music industry—journalists, like us, included—is fond of creating labels and categories. Little, odd-shaped boxes into which we can cram artists, sounds, and emotions in order to better tell you what we think or feel about music—admittedly, not the easiest task. In the essay collection 31 Songs, novelist and critic Nick Hornby comically explains the frustration when words prove an inadequate tool for expressing the more numinous qualities found in music: “As a writer, I don’t normally have much patience for the ineffable – I ought to think that everything’s effing effable, otherwise what’s the point?” So, our solution as an industry is to cheat, just a little. To try and make the ineffable slightly more effing effable.

Consequently, Neil Young is the type of artist who comes along and leaves us looking lazy and foolish. I mean, which box do you tick when describing him? Folkie or “Godfather of Grunge”? Solo artist or band member? American or Canadian? Friend of the planet or friend of the small farmer? Philanthropist or savior of high-quality recorded sound? You can check “all of the above” and eat up your entire column space in the process, or, like us, you can humbly select small slivers of Young’s career that have intrigued you the most.

We ended up finding several more boxes in the process. Henry Hauser’s “& Young” explores Young as an outsider and afterthought while a member of Buffalo Springfield and CSNY. “Neil, Transformer Man”, by Zach Schonfeld, identifies the frustration of a loving father at the core of Young’s most maligned album. Michael Madden’s essay, “Not So Out of the Blue”, takes a look at the varied role politics has played throughout Young’s career.

In the spirit of his Shelf Life column, Ryan Bray’s “A Look in the Mirror Ball” traces the impact of Young’s influence on both the grunge boom and his own musical upbringing. My own essay, “Old Man, Look at Your Life”, muses about what Young’s 21st century work might tell us about aging as an artist. Dan Caffrey’s short play, “A Seed”, loosely based on the lyrics of “After the Gold Rush”, demonstrates how art often begets more art. And all of these pieces are strung together beautifully by the creative artwork of Steven Fiche.

These are the boxes we ticked. There are plenty more out there, which means that Mr. Young will keep us all busy for a long time to come. In the meantime, we happily present a few of the many faces of Neil Young. 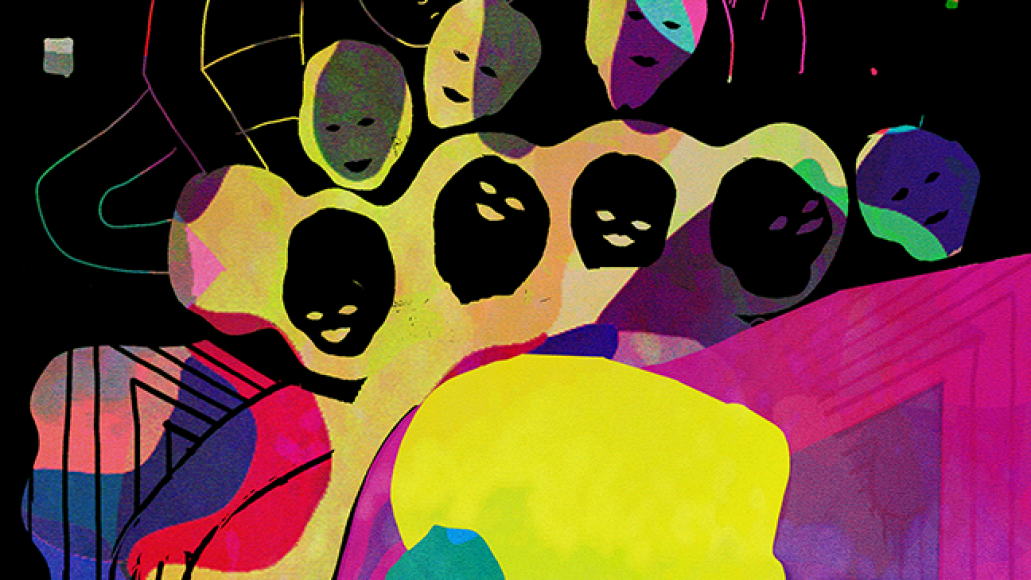 Before the age of 25, Neil Young had already presided over the collapse of two now legendary bands: Buffalo Springfield and Crosby, Stills, Nash & Young. Despite the power plays, drug busts, and megalomaniac meltdowns that destroyed both groups, Young and his erstwhile bandmates crafted some of the most penetrating and iconic tunes of the late ‘60s. Toxic chemistry notwithstanding, these bands also provided Young with important vehicles through which to experiment and grow as a songwriter. From Buffalo Springfield’s debut single, “Nowadays Clancy Can’t Even Sing”, to “Ohio”, Young’s last contribution to CSNY before the quartet dissolved in ‘70, Young leveraged the diverse talents of his collaborators to fashion fuller, more elaborate songs. Young’s early releases anticipate a wide range of his subsequent solo work, especially when it comes to surreal lyrics and tightly interwoven guitar riffs.

Though five Neil Young tracks appear on Buffalo Springfield’s eponymous debut, he only sang lead on two: “Burned” and “Out of My Mind”. The other three were sung by Richie Furay, whose resounding voice infused these tracks with a rich, lush vibe. All five sound spectacular on the LP, but Young felt slighted by the outsourcing of his tunes. This stubborn stance on creative control has always been a major facet of his personality, and his time with Buffalo Springfield was no exception.

Young’s Buffalo Springfield tracks cover an array of deeply personal topics, from his efforts to understand women (“Do I Have to Come Right Out and Say It”) to nostalgia (“Flying on the Ground Is Wrong”), drugs (“Burned”), and the shackles of fame (“Out of My Mind”). “Flying on the Ground Is Wrong”, speckled with teardrop guitar flourishes, has Young poetically capturing the impossibility of healing a shattered heart: “City lights at a country fair/ Never shine but always glare/ If I’m bright enough to see you/ You’re just too dark to care.” And “Nowadays Clancy Can’t Sing” is infectious and timeless; meandering electric guitars and Young’s faint harmonica provide a silky smooth segue between chorus and verse.

On self-referential ballad “Out of My Mind”, he presents the dark side of celebrity. Set to a wilting, quivering guitar, Young confesses that the demands of stardom obscure his senses and threaten his sanity: “All I hear are screams from outside the limousines.” Jaunty rocker “Burned”, also drawn from the songwriter’s personal experience, illustrates the chilling duplicity of narcotics addiction by juxtaposing hopeless, bewildered lyrics against peppy instrumentation. Backed by a rickety piano and raucous strumming, Young harmonizes with Stills and Furay to decry the devastating lows of withdrawal (“I’ve learned that it’s painful comin’ down”).

Buffalo Springfield Again saw Young distancing himself from his peers. Of his three songs on the album, only “Mr. Soul” was recorded with the rest of the group. Both “Expecting to Fly” and trippy mind-bender “Broken Arrow” were originally written as solo tracks and recorded apart from the band. Unlike his more collaborative approach on Buffalo Springfield, this time around Young insisted that he sing lead vocal on all of his tracks.

“Mr. Soul”, an uptempo number that Young claims “took only five minutes to write,” describes the relationship between artist and fan. Backed by melodic, layered guitar lines, Young explores the impact of his songs on impressionable listeners: “I was raised by the praise of a fan/ Who said I upset her.” Contemplating whether the disquieting effect is a boon or a burden atop Stills’ distorted grooves, the singer ponders: “Is it strange?/ I should change?”

Psychedelic folk saga “Broken Arrow” is a schizophrenic cacophony of sound. There’s a piano, stand-up bass, jazzy clarinet, organ, military snare drum, guitars, audience applause from a Beatles concert, a bizarre calliope rendition of “Take Me Out to the Ballgame”, and the beating of a human heart. In this lengthy cut, Young references his own recent history with Buffalo Springfield, weighing the psychological costs of stardom (“They stood at the stage door and begged for a scream”) against its material benefits (“The agents had paid for the black limousine”). Orchestral pop number “Expecting to Fly”, arranged by producer Jack Nietzche, ushers in a lavish, luxuriant mood with bittersweet strings that stretch over buoyant horns and a crisp rhythm guitar. 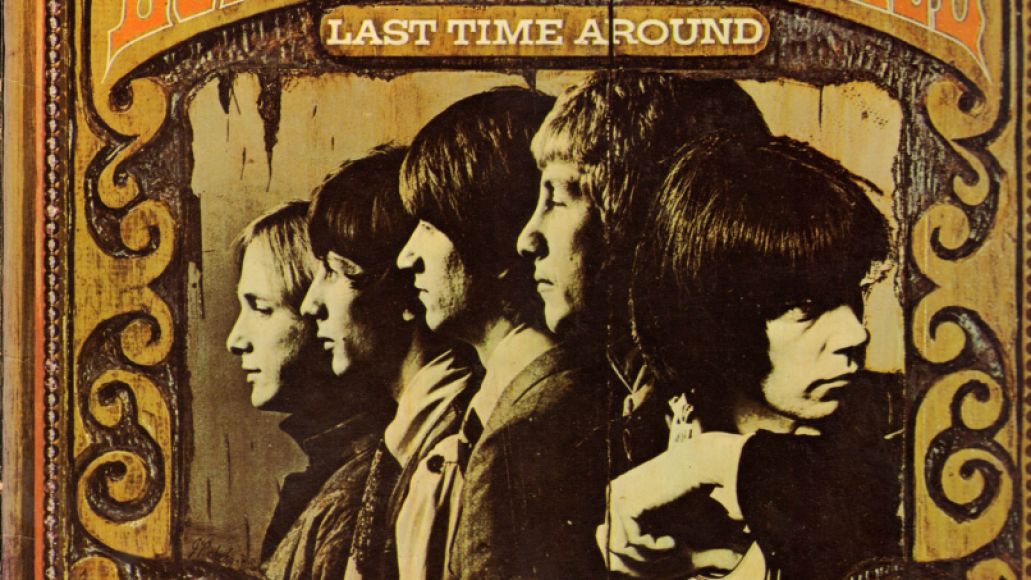 Buffalo Springfield’s third and last album, Last Time Around, was essentially an afterthought. Bassist Bruce Palmer’s second deportation for drug possession, along with awful band chemistry and an increasingly absent Young, signaled impending collapse. To satisfy its contractual obligations, the band released an album of previously penned cuts that they had recorded without much participation from Young. Though serene, wistful swansong “I Am a Child” was a clear highlight, Young was distant and hostile toward his bandmates. The atmosphere was so tense that the Canadian singer-songwriter refused to pose for the album cover; his image was superimposed on a stock photo of the other four members. Young and Stills divorced on sour terms, presumptively never to work together again. That is, until Atlantic Records kingmaker Ahmet Ertegün chimed in.

The trio of David Crosby, Stephen Stills, and Graham Nash was flying high after snagging the ‘69 Grammy for Best New Artist. Crosby had landed a great new gig following his dismissal from The Byrds, Stills emerged from the wreckage of Buffalo Springfield a bigger star than ever, and Nash was finally out of the shadow of The Hollies’ frontman Tony Hicks. But instead of allowing the supergroup to enjoy their newfound independence, Ertegün convinced them that what they really needed was another songwriter: Neil Young. After some initial resistance, Stills and Nash begrudgingly acquiesced.

Right from the get-go, CSNY was a volatile concoction. The four musicians fought constantly, bickering and wrestling for control. Stills blasted Young for wanting to “play folk music in a rock band,” and Young countered by skipping a slew of studio sessions. The recording process dragged on and on, with the band supposedly logging over 800 hours in the studio while recording Déjà Vu.

Fortunately, the results were extraordinary. Every track is tight and meaningful; the contributions of all four members can be plainly felt. “Helpless” pairs surreal imagery (“Big birds flying across the sky/ Throwing shadows on our eyes”) with soothing harmonies and a plaintive piano. In this wistful ballad, Young evokes the sensation of time slowly receding into history. He reminds us that whatever comforts we may find in our adult lives, nothing can compare to the nourishing shelter of childhood. Once we’ve relinquished that idyllic state of mind, we can never reclaim it. All we can do is gasp at thinning strands of memory. Singing in a lachrymal, quivering timbre, he whispers, “And in my mind/ I still need a place to go.”

Young’s biggest hit with CNSY was folk protest ditty “Ohio”. Inspired by the Kent State massacre and played as a menacing military march, the topical track decries the death of four innocent students at the hands of the Ohio National Guard. Warning of imminent bloodshed (“Tin soldiers and Nixon coming”), the singer howls in righteous rage. After Stills and Young unleash a wave of scalding electric guitar licks, the quartet harmonizes beautifully during the wounded, somber chorus.

While working with Buffalo Springfield and CSNY, Neil Young grew tremendously as a songwriter. In addition to exploring a range of intimately personal issues, including celebrity, addiction, betrayal, and lost innocence, he experimented with surrealist lyrics (“Helpless”), trippy effects (“Broken Arrows”), and melodically interwoven guitar lines (“Ohio”) that would underpin his subsequent solo work. Though neither Buffalo Springfield nor CSNY lasted more than three years before disbanding, both are among the most influential rock bands of all time thanks in no small part to Mr. Young. Short-lived, about as sweet as parsley, but indisputably important.