Just before I moved to Austin in January, I had a conversation with a friend about the cultural makeup of Texas. At the end, they he declared, “Well, I hope you just like endless country and intermittent Christian talk radio.” That got me thinking: are states and regions really dominated by these musical stereotypes? Do the blues truly control the South? Is rock and roll just a New York institution? To solve these quandaries, online real estate broker Movoto has developed a map to display the country’s musical preferences by genre.

The “All-American Music Map” was put together using “data from the National Endowment of the Arts, the Bureau of Labor Statistics, and the U.S. Bureau of Economic Analysis (via the Martin Prosperity Institute) and state level music preferences from Wikipedia,” according to Movoto. These scores include both survey data and “genre performer concentrations by metro,” which is the “concentration of musicians and music-related businesses” per city and region. The resulting interactive website then displays a “heatmap” for each musical genre, ranging from rock, pop, and country to EDM, punk, gospel, and “indie”. The red areas reflect the highest concentration of popularity, while green represents the least. Plus, it makes cartography seem hip again!

Play around with the site here. (Be warned, though, as the music samples are less Skrillex or Metallica and more painfully terrible licensing samples.) Below, we’ve outlined a few of the more interesting “heatmaps”, the ones that prove those stereotypes aren’t exactly holding up in 2014. 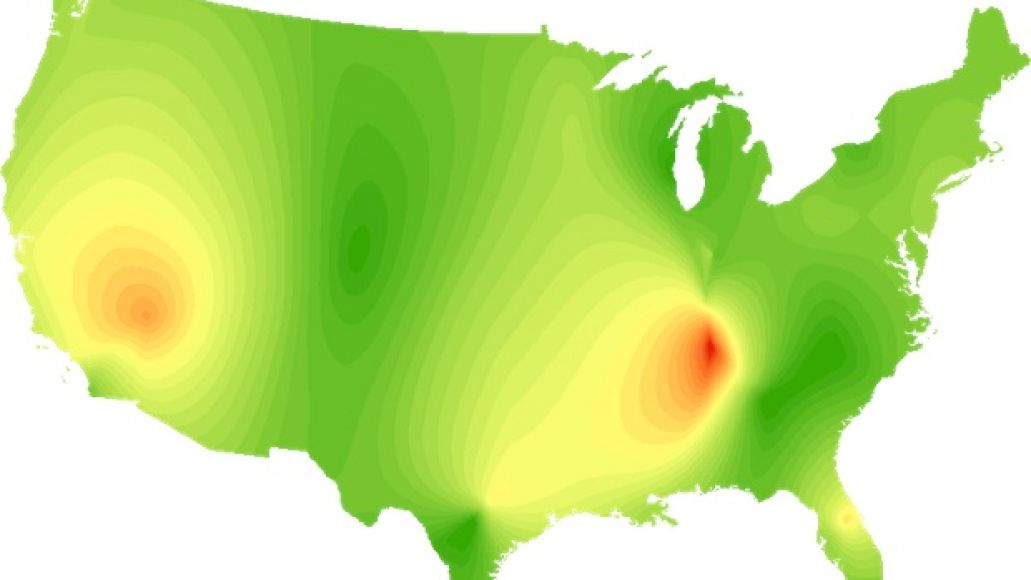 Turns out my friend was wrong: country’s two biggest hotspots are Nashville, and surprisingly, Nevada. 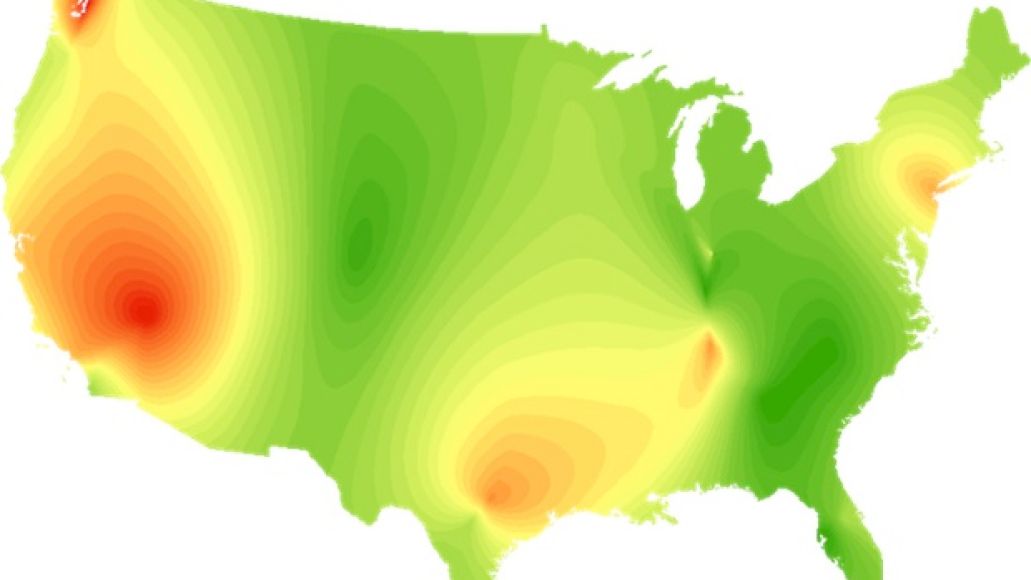 Alternative music still has a huge stronghold on the West Coast, but it’s made huge headways into Texas and Nashville. Huzzah for not regretting my move! 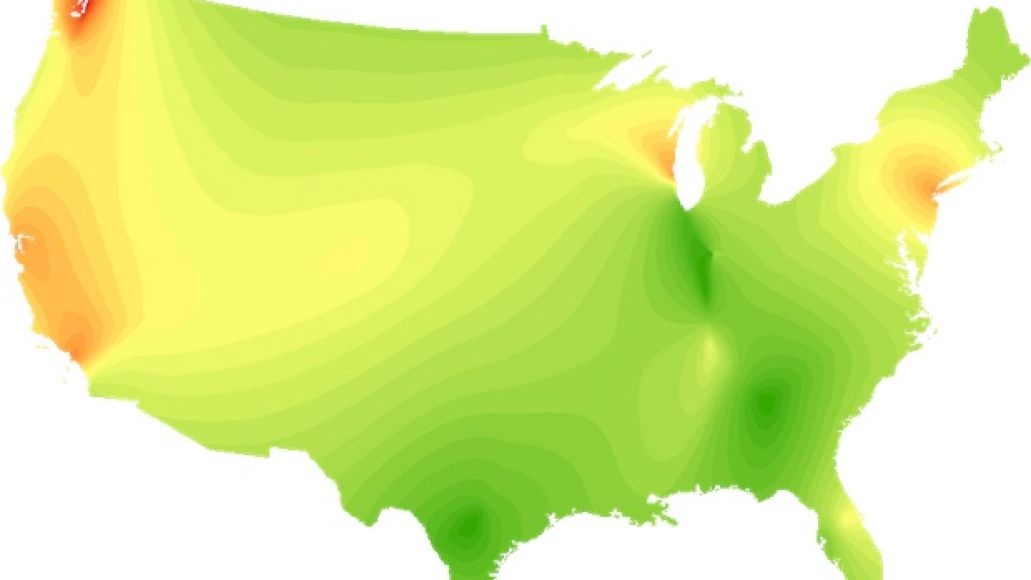 While metal’s never had one “specific” accompanying region, the data proves that folks love to headbang in Seattle/the greater Pacific Northwest, Los Angeles, and Milwaukee. 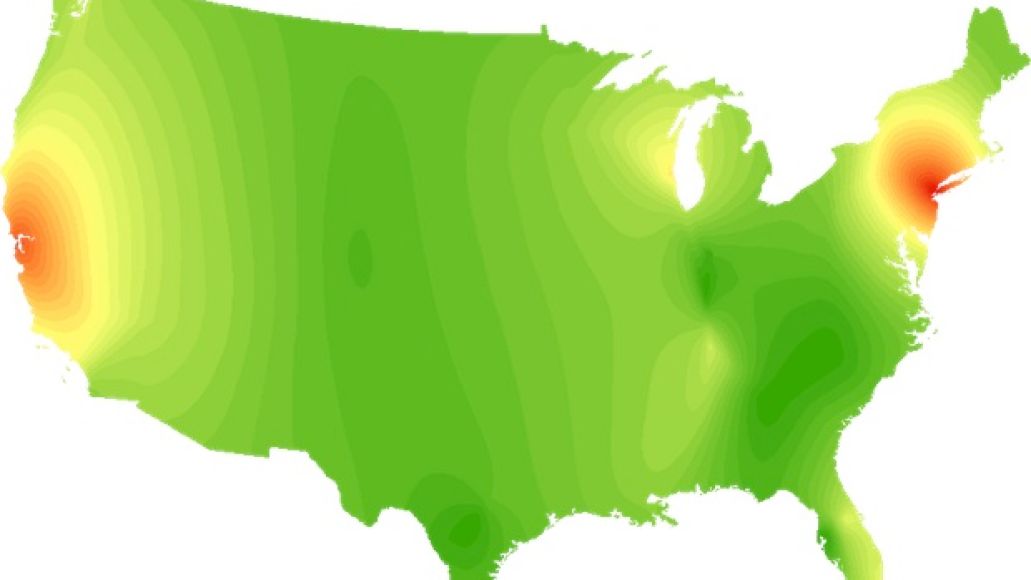 Aside from the Soul map, EDM/electronic is the most green map of the bunch. It proves that, while there’s two distinct bi-coastal hotspots, the genre is popular throughout much of the country. 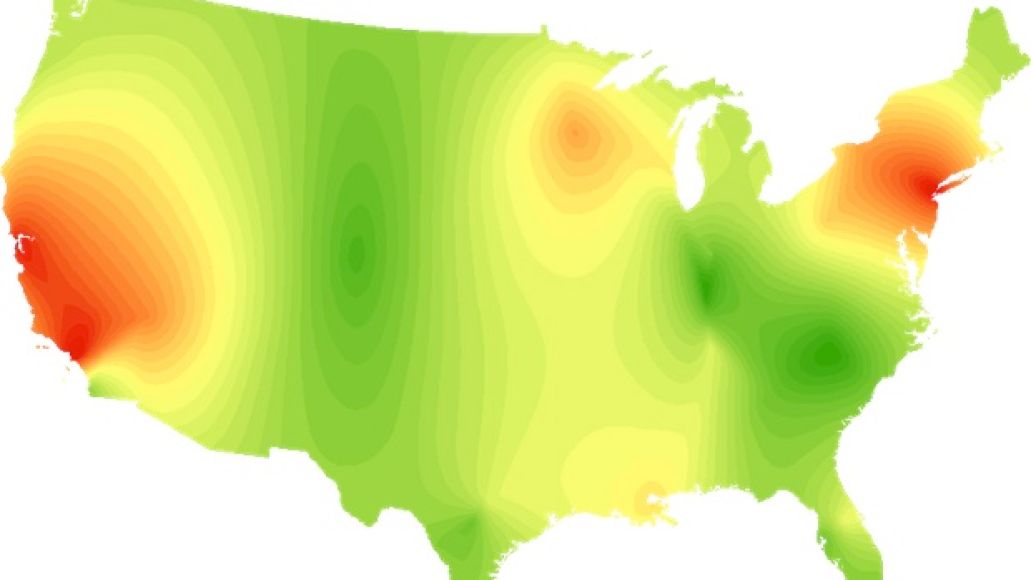 While rock music has its two strongholds in Los Angeles and New York, it’s also gaining traction in Minneapolis and New Orleans. 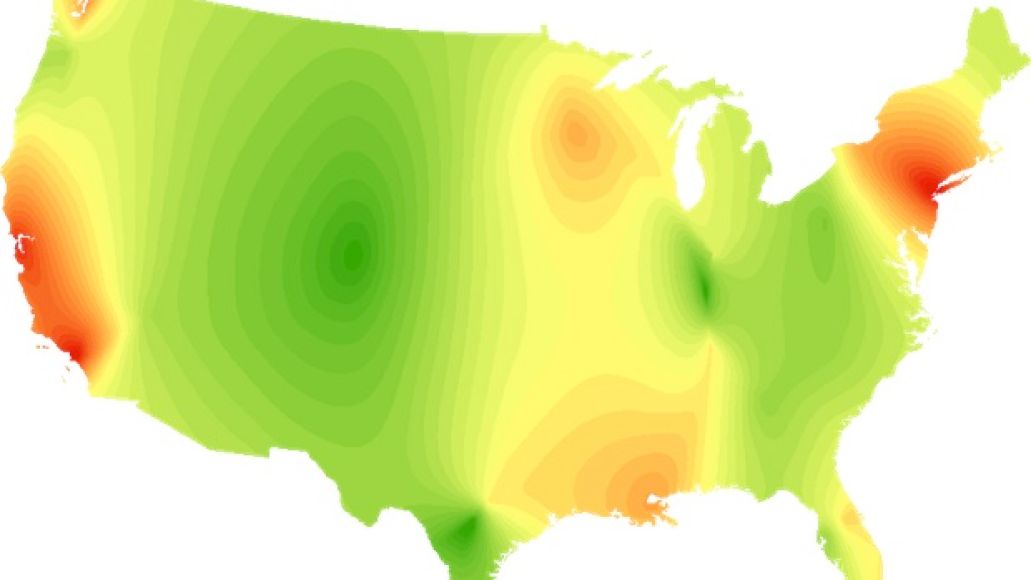 As it turns out, rap’s not just an East Coast/West Coast affair. In recent years, it’s also boomed in two unlikely regions, Seattle and Minneapolis. (Thanks Atmosphere and Doomtree) 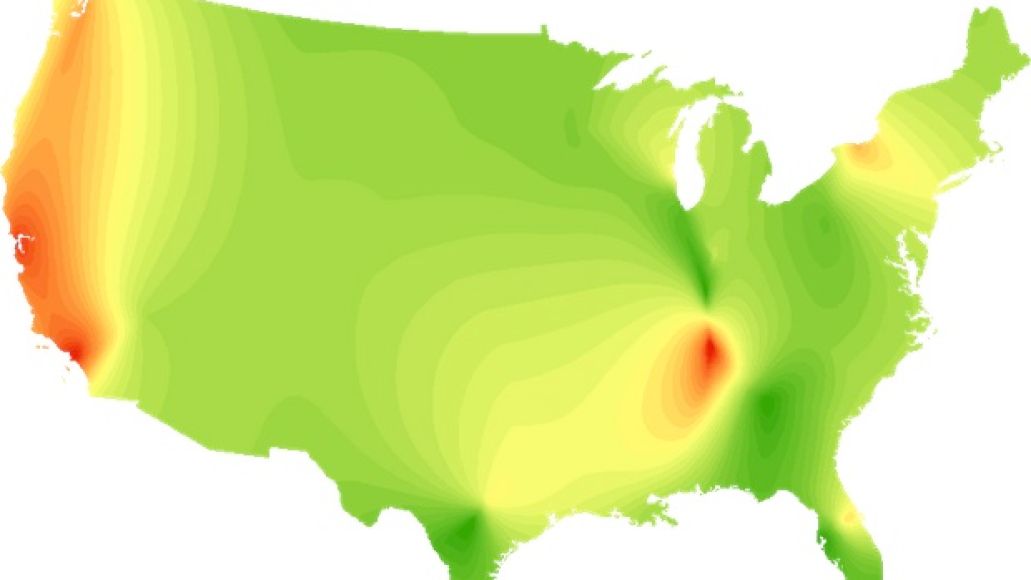 While New York was the birthplace of punk, Movot found it was on the bottom of the region’s favorites. Instead, punk rocks Seattle, Vegas, and Nashville. (Thank Diarrhea Planet). 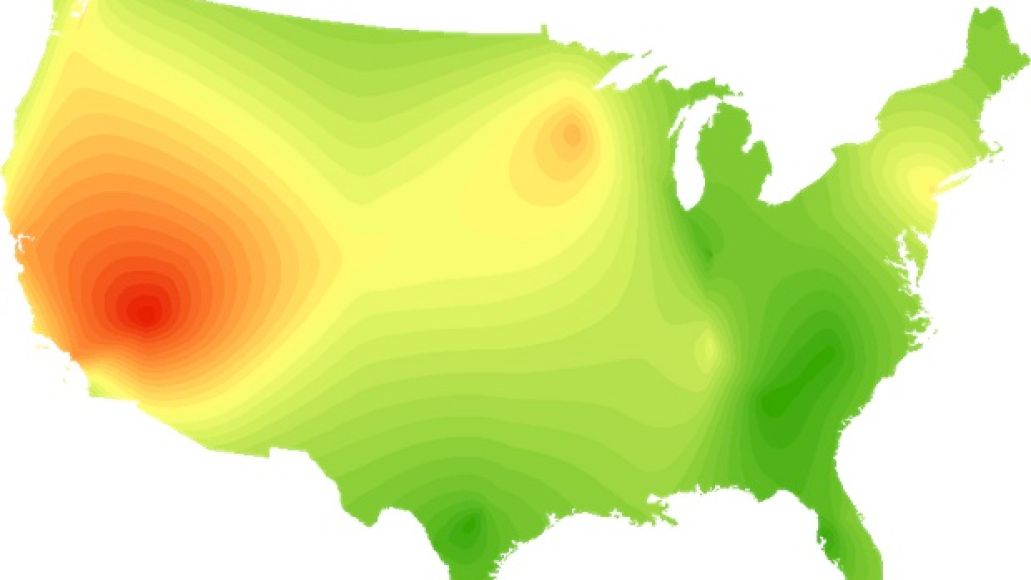 The mecca of folk isn’t New York, Nashville or somewhere in the Dust Bowl. Instead, it rests its straw hat in Vegas and, to a lesser extent, parts of the Midwest.

Here's a map of America's musical preferences by genre