Although Beck is touring in support of his latest album, Morning Phase, only “Blue Moon” was played at Coachella last week. For Beck, that performance was apparently akin to “singing into a wind tunnel.” Because he knew his more somber tunes wouldn’t translate on the festival’s main stage among a guitar-phobic crowd – especially when following superstar DJ Chester Cheetah Calvin Harris – Beck played the hits, joking (?) during the interview segment that “Loser” was in the contract.

KCRW is traditionally the home of the worldwide radio debut, and Beck is no exception – having first appeared over two decades ago back when Chris Douridas was still Music Director. Returning close to where it all started, Beck’s first Los Angeles show behind his new album was an invite-only affair at legendary producer/engineer Bob Clearmountain’s Apogee Studio in Santa Monica. Thankfully, for this Morning Becomes Eclectic taping, Beck felt more confident about immersion in the melancholia of Morning Phase. 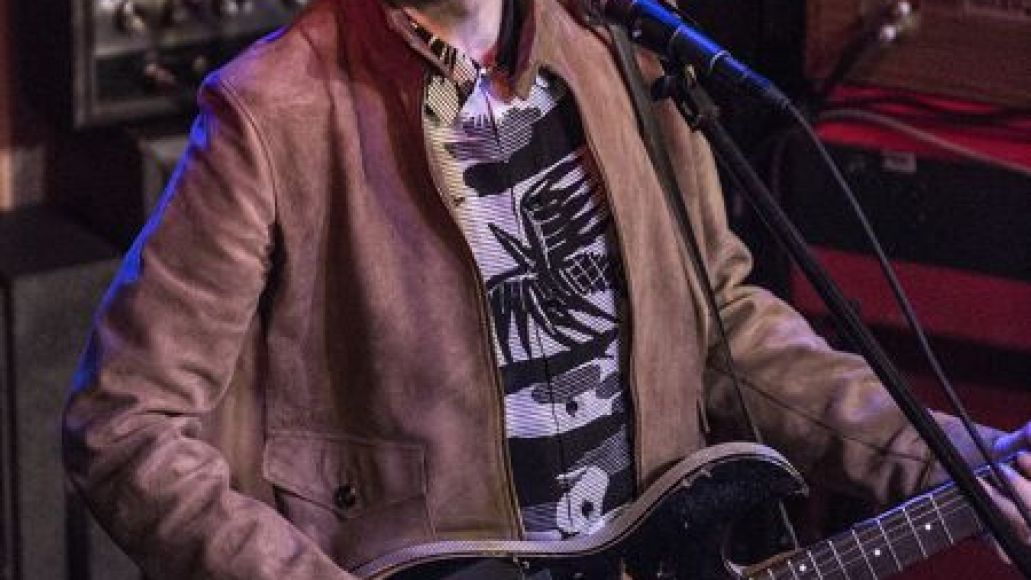 Essentially a companion piece to 2002’s Sea Change, Morning Phase is a slow-burning, gorgeous sadgasm, and newer cuts like “Blue Moon” seamlessly flowed with tear-inducing favorites “Lost Cause” and “Golden Age”. Although the Apogee Studio was two and a half hours from Indio, “Blackbird Chain” transported the listeners to a similar setting with its eerie desert vibe.

Following an eight-song run through Morning Change (or is it Sea Phase?) Beck Hansen and company went into full festival subheadliner mode, cranking up the energy and humor. The 200-capacity crowd roared for “Devil’s Haircut” and danced and swayed along to an ingenious mash-up of The Information standout “Think I’m in Love” with Donna Summer’s “I Feel Love”. Proving that special things can happen outside of Coachella, “Sissyneck” morphed into a funky, thrilling cover of “Billie Jean”, where Beck deadpanned that they were available for weddings and bar mitzvahs, but their funeral version sounded like a Tool show. 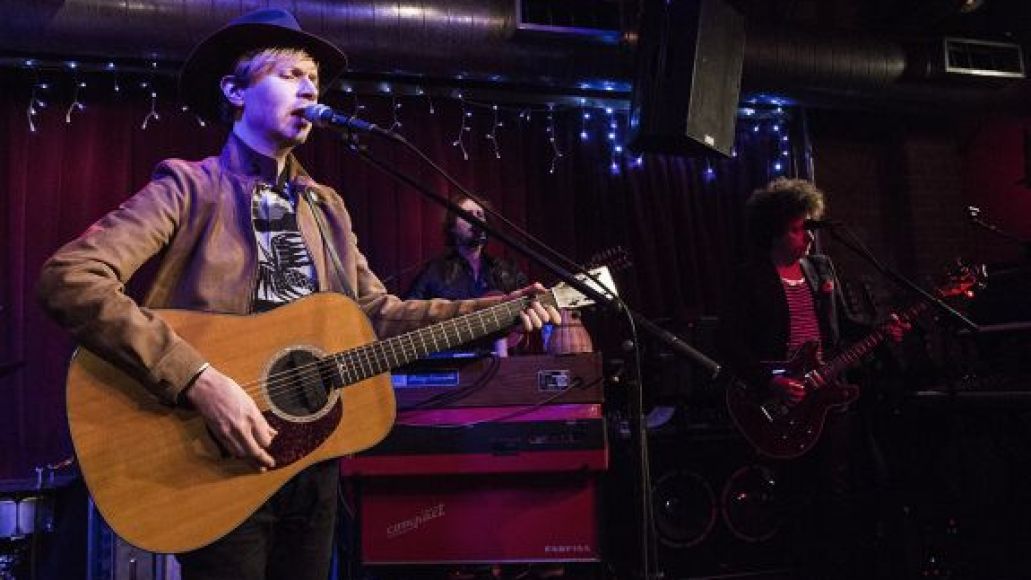 With the first half of the evening covering his heartbreaking side and the second set showcasing his fun, unpredictable nature, Beck’s tour preview at Apogee Studio was the best of both worlds. Do yourself a favor and catch him at the nearest festival or theater.

This performance will broadcast on KCRW’s Morning Becomes Eclectic on Wednesday, April 23rd.