Fitz and the Tantrums aren’t sponsored by Red Bull, but see them live and you’ll wonder if they don’t have a lifetime supply of the stuff backstage. Singers Michael Fitzpatrick and Noelle Scaggs were energy in tandem, trading sultry steps and melodic caterwauls during their show Thursday night at the Fox Theater in Oakland. While their set was quite brief (just over an hour), the band managed to charge through sixteen songs, starting a new cut as the echo of bass from their previous track dissipated across the crowd. 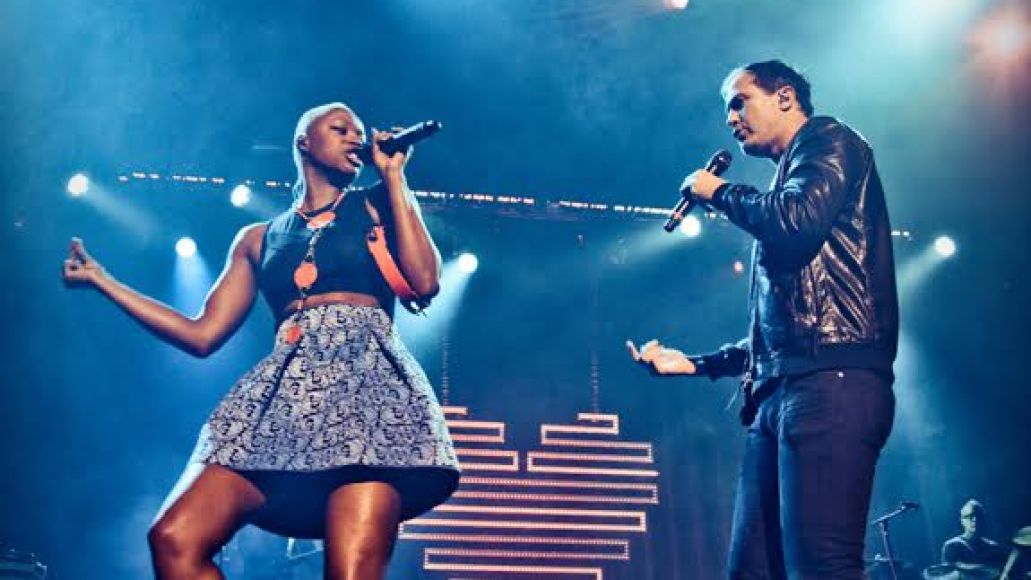 I was skeptical about I would see when I got to the show. I knew Fitz had one monster single under their belt, the unrelentingly catchy “Out of My League” and several other marquee songs behind it. My worry came from knowing the synthy snarl that punctuates a subsection of current pop hits does not always translate to the live stage well. Simply put, I wasn’t sure if Fitz was the product of studio wizards and sharp songwriting or a living, breathing band. The answer lay somewhere in the vast intersection between.

On stage, lead singer Fitzpatrick stays close to his microphone, leaving it only for mini field-trips across the stage or to gyrate near the intoxicating Scaggs. I wouldn’t accuse Fitzpatrick of phoning in his performance, but it had the stench of autopilot about it. In contrast, Noelle Scaggs could not be contained. She danced, thrashed a tambourine, belted her vocals, and teased the crowd, joyful to be up on stage singing music people wanted to hear. Her passion was infectious, and Fitzpatrick’s most animated moments came when they interacted, trading seductive glances and circling one another. And yet, even Scaggs was overshadowed by an unlikely source: saxman James King.

If I’d been a more thorough listener of Fitz and the Tantrum’s discography, perhaps I would’ve expected the barrage of epic sax solos King laid down song after song. It became almost routine (though never boring) as the set wore on, each song consisting of chorus/refrain/chorus/refrain/James King tearing the place up with his sax. I kept waiting for Jack Black to take the stage as his Lonely Island persona Saxman for a mind-melting duet of brass.  Full credit to King for finding his niche with a group that’s found success by tweaking the usual formula for pop by splicing in soul, funk, and new wave. His is the magic ingredient in the recipe. 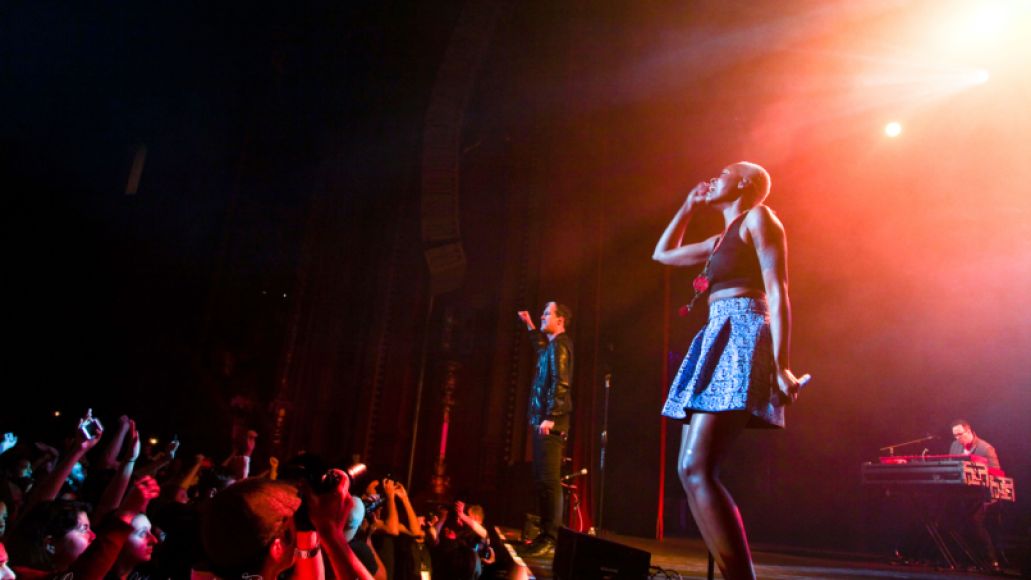 Fitz and the Tantrums is a tremendously fun band to see live. As much as I adore the Neutral Milk Hotels of the world, sometimes you just need something to dance to. Are they a must-see in the vein of Arcade Fire or Prince? Definitely not. But if shaking your rump to a saxophone-infused barrage of funk pop for an hour is the cure to what ails you, Fitz and the Tantrums may be the prescription.

Setlist:
Get Away
Don’t Gotta Work It Out
Break the Walls
Breakin’ the Chains of Love
Keepin Our Eyes Out
Spark
Merry Go Round
House on Fire
Fool’s Gold
More Than Just a Dream
Last Raindrop
6 AM
Tell Me What You’re Here For
L.O.V.
Encore:
Moneygrabber
The Walker

Live Review: Fitz and the Tantrums at Oakland's Fox Theater (4/3)