As so much of mainstream music moves toward the EDM spectrum, it was a special treat to get to hear and see where in many ways it all began. Kraftwerk. Depeche Mode, New Order, and recently Daft Punk should probably be sending part of their royalty checks to Kraftwerk. One can only imagine how listeners reacted to driving, electronic, minimalist music in a world of guitars and analog amps. The word revolutionary gets bandied about a lot… it truly applied to Kraftwerk.

Tonight’s show was billed as a 3D experience, hence the paper glasses handed out upon entry. A bit cheesy perhaps by today’s standards, but Kraftwerk have always been a blend of the cutting edge and the handmade. So, the 8-bit aesthetic in our 64-bit world was in keeping with both their heritage and style.

A word about the venue is in order. Since we are talking about some classic music, a theater dating back to 1930 was an apt choice. The opulent interior served as a movie theater back before the multiplex era. Its style can best be described as extravagantly eclectic. It was rescued from planned demolition in 1969 by Rev. Ike (see, the church really can save!). It has been used both as a church and as an occasional concert venue since then. 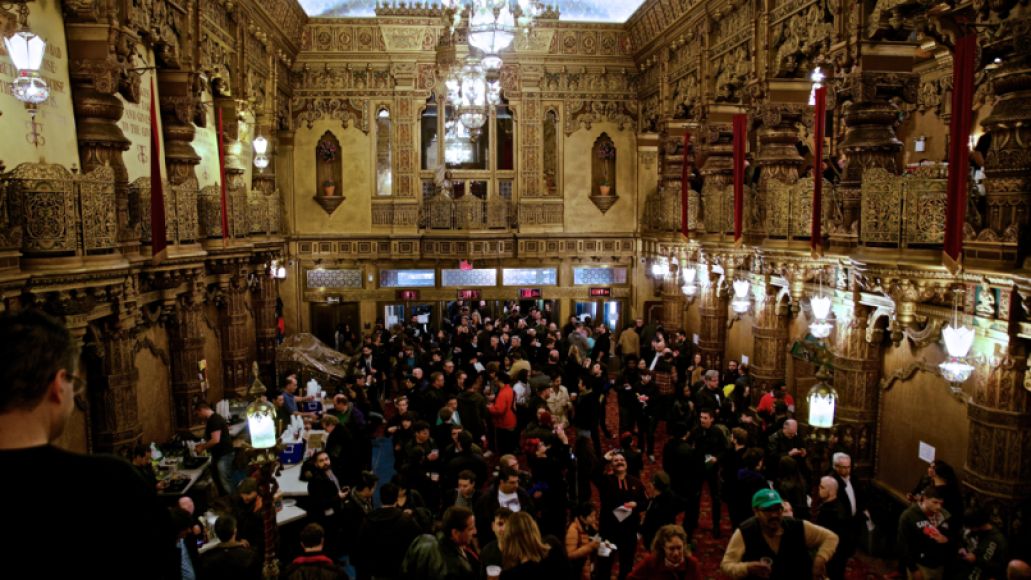 Enough NY architectural history and back to the main event, the concert. The music itself was familiar; Kraftwerk’s last album was Tour de France from 2003. But the sounds were definitely crisper than the analog originals. This lent an even more robotic feel to what was already mechanized music. The sense of the somewhat ominous ghost in the machine was even more evident with the newly revamped sounds. We have increasingly become the inhabitants of a world that was only just being hinted at when Kraftwerk began composing in Dusseldorf. So much of what at the time may have seemed futuristic has become all too true and real. “Radioactivity” became a homage to Chernobyl and Fukushima. “Computer World” seemed all to real in our post-Snowden Facebook/Twitter/Instagram-saturated lives.

The visuals were appropriately low-tech despite the 3D projection. Many of the early computer graphics with wire-frame imagery seemed almost like a steam-punk approach. All in keeping with the handmade lo-fi aesthetic that Kraftwerk have always espoused. Kraftwerk themselves — Ralf Hütter, Fritz Hilpert, Henning Schmitz, and Falk Grieffenhagen — were all stationed behind futuristic-looking podiums. Their appearance in jumpsuits could morph from anonymous businessmen to robots. The duality of man and machine was undoubtedly no accident. In fact, one imagines very little room for accidents in a Kraftwerk show.

Hütter, the lone remaining founding member of the group, acted as leader. He performed most of the spoken parts and vocals, once again adding a human touch. Subtle body movements and the occasional keyboard solo were the closest one got to a feeling of warmth and life from the rest of the group. Interactions between the musicians consisted of the rare sideways glance. Each member felt more like an isolated programmer in his cubicle than part of an organic whole, yet the music proved otherwise. At the end, each member did perform a keyboard improvisation before exiting the stage — the Kraftwerk version of a screaming guitar solo. 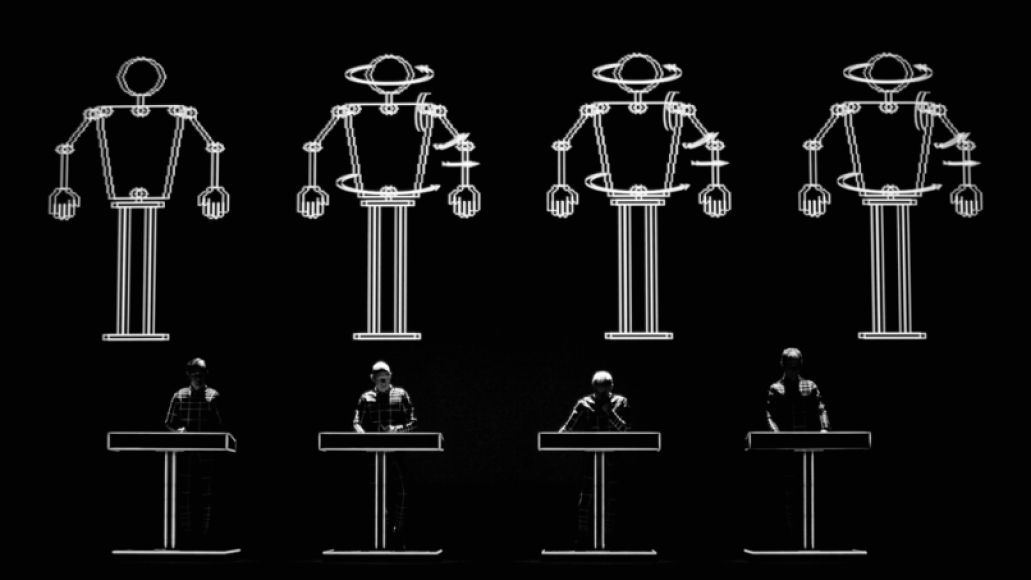 The most amazing aspect of the show was how unique it felt. Electronic minimalism has entered the mainstream of our musical consciousness. Yet the music of Kraftwerk still had a feel of a thing apart. They were truly ahead of their time both musically and visually. Their concert somehow brings out the humanity in us all by using the language of the machine in ways that other musicians don’t seem to have mastered. One wonders when, if ever, their music for the future will feel dated. We haven’t reached that point yet, and that is still incredible. 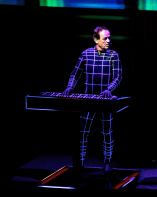 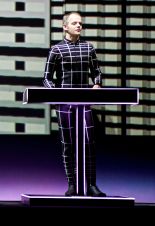 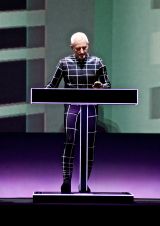 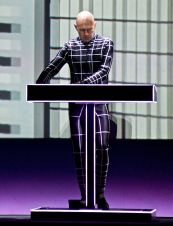 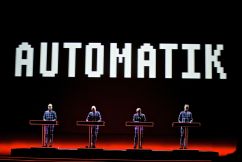 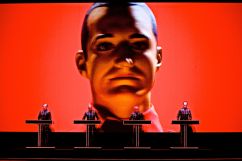 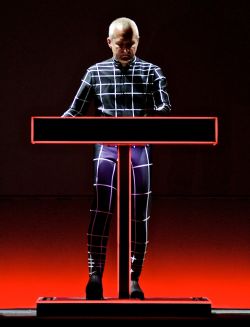 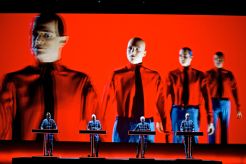 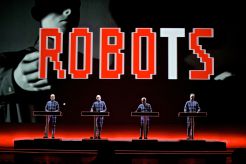 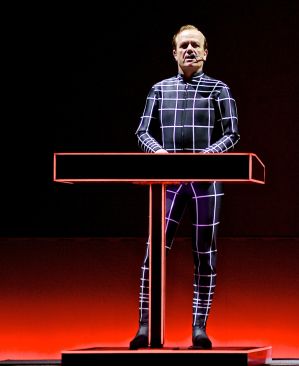 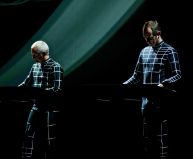 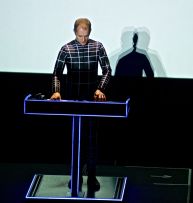 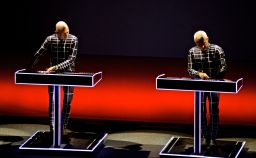 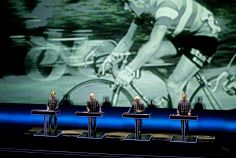 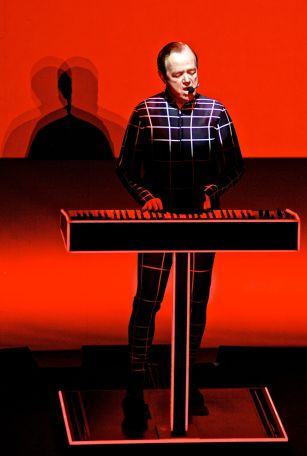 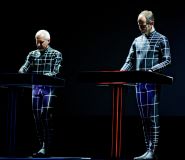 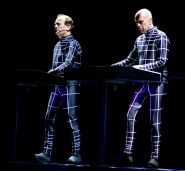 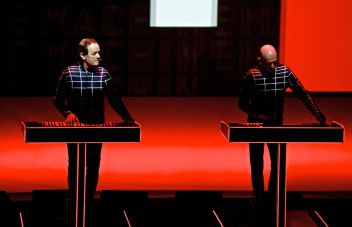