It all started with a nasty fall. The birth of indie-pop quartet Milagres as we know it, that is. Frontman Kyle Wilson sustained a gnarly back injury while rock climbing and channeled his recovery into songwriting. This bedridden sabbatical resulted in 2011’s much-buzzed debut, Glowing Mouth. Wilson and crew reached new heights (pun fully intended) this Thursday night as the Brooklyn-based outfit celebrated its sophomore release, Violent Light.

This Bowery Ballroom performance marked the end of a nearly two-month tour, although the band showed no signs of lethargy — they dived right into an emotionally charged set. A man of few words, Wilson wasted no time with stage banter. A simple “Hi” was the only preface to the first song of the night, psych-infused single “Letterbomb”. This lack of chitchat shouldn’t be mistaken for shyness or disinterest: The theatrics were present in Wilson’s vocals and mannerisms, impassioned and even flamboyant at times. 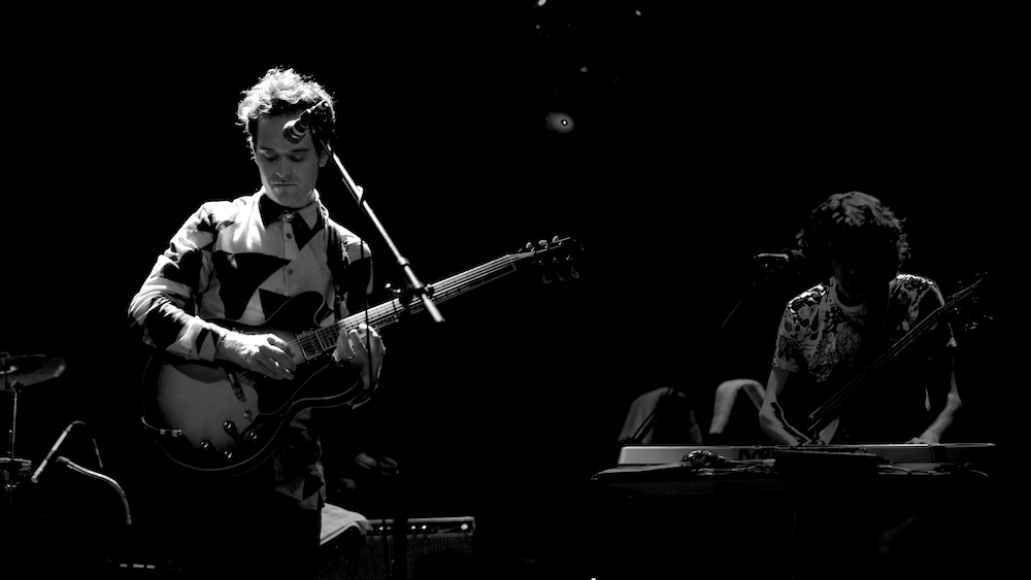 Wilson’s agile voice bridges the spectrum; he reached falsetto territory and even adopted a dramatic baritone in the fifth song of the night, Violent Light‘s “The Black Table”. This song’s dark, driving retro drumbeat and synth pairing is a prime example of the change we’ve seen from Milagres’ first album to its second. Although Milagres has drawn many a comparison to Coldplay — especially surrounding the release of Glowing Mouth — Violent Light takes a marked turn toward funky town. Playful keys add some weirdness (the good sort of weird — think Bowie). The drama is often amped by the kind of dour ’80s intensity that’s typically paired with copious eyeliner, hence “The Black Table”‘s sullen chorus, “Love is just a chemical.” 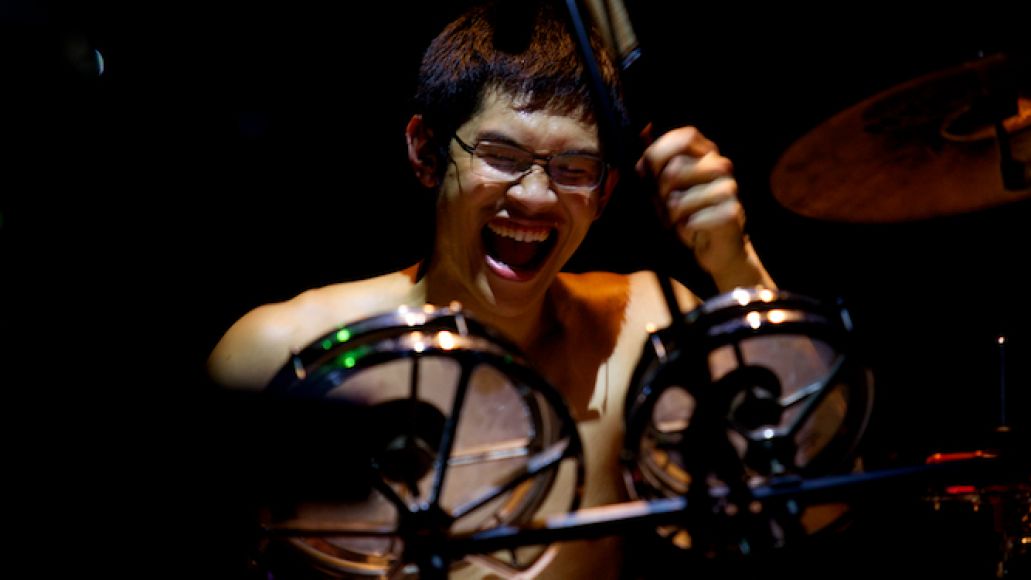 Ten songs in came more proof that Milagres is in touch with their emotions: A hypnotic song titled “IDNYL”. The fact that this is an acronym for I Don’t Need Your Love is an example in and of itself, but there’s more meat on these bones; this atmospheric number was positively pretty, and its performance couldn’t be more packed with feeling. Cresting waves of layered sound created a lush dreamscape, and Wilson seemed transported, fully immersed in this other world.

Milagres ended with the beginning, closing out the set with “Glowing Mouth”, the breathy and lush first single from their same-titled first release. Things had come full circle.