Don’t bother judging Brooklyn-based five-piece Modern Rivals by its moniker. In fact, Modern Rivals are actually the opposite of foes — friends by way of middle school and college, most members of the band have been buds for some time. This past Tuesday night, these pals had reason to celebrate: They’d just released their full-length debut, Cemetery Dares, earlier the same day. And although the album release show at Glasslands was packed, it felt like a gathering of friends.

Often compared to the Beach Boys and The Shins, Modern Rivals serve up shimmery retro pop. Whimsical pleasantry is bolstered with hook-laden choruses that reach far-reaching heights. Their celebratory performance was similarly forged in soaring melody and all-around good feeling. After kicking off the set with “The Dead Leaves”, the second song off Cemetery Dares, singer and guitarist Erick Lee commented with a shy smile, “Having a good time up here so far. One song in!” 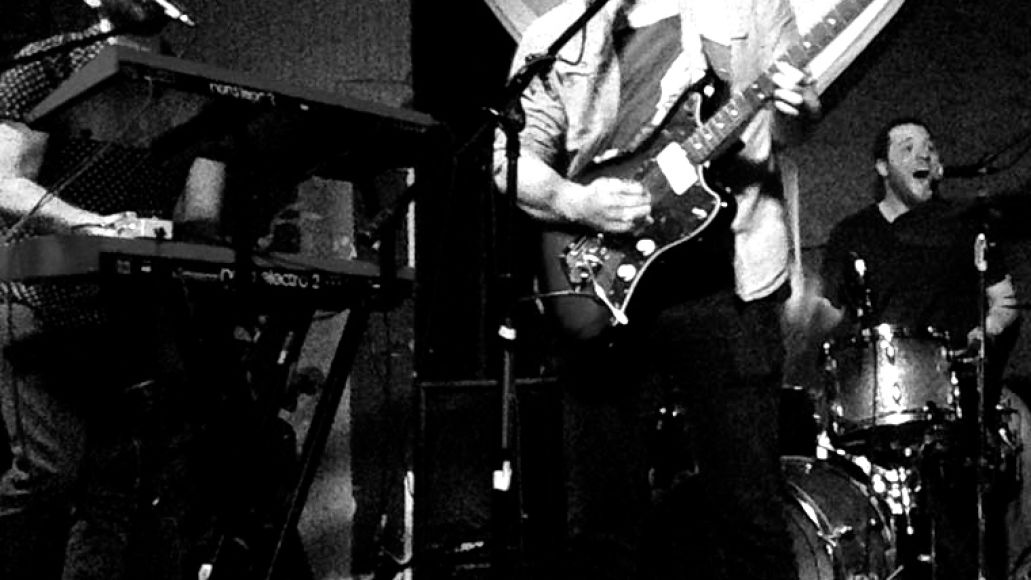 The dynamic stayed light and the band poked fun at each other without compromising quality. Lee’s voice was unclouded and lofty — the best kind of purity — while the band’s powerhouse drummer Alex Raderman welded harmonies as he kept perfect tempo. Nearby, keyboardist Alex Schiff handled vocals on several songs, and conjured up multiple dreams on his keys. Yet amidst all this multi-tasking, the five never ignored their audience, checking in on them intermittently with good spirits.

As the clock struck midnight, the band rolled out their album’s first single, “Pins and Stitches”. This infectious track, our second favorite song of the week back in February, boasts a gorgeous, layered, and anthemic chorus. It’s no doubt a formidable closer and it could have ended there, but early track “Clocks vs. Darts” concluded the set as a one-song encore.

Shortly after, the set’s electric air filtered out into the night, sending shivers throughout the venue. Few Tuesday evenings ever warrant such feelings.

Setlist:
The Dead Leaves
Dig Up the Sunset
Moon Dust
Yvaine
The Ice
A Shade Hesitating
In Tuxedo
Defenestrate You
Pins and Stitches
Encore:
Clocks vs. Darts