Today, reunions are priced at a penny a half dozen. More and more rustic acts feel the urge to celebrate an anniversary or milestone by “getting the old band back together” — and naturally, too many wind up a mixed bag. A few offer a refreshing take on something old, or at least a chunk of worthy nostalgia for aging concertgoers. Others reel by like a depressing money grab, complete with predictable setlists and cold banter. So, each time a defunct band announces their return, it’s like splitting hairs. Last night, however, we learned where Nickel Creek stands.

The first show of their reunion tour was opened by Alabama natives, The Secret Sisters, a pair of old souls who are real-life sisters. Between songs Laura Rogers admitted, “When we got the call that we were going to be opening for Nickel Creek, we both cried.” Their set was short yet sweet as they humbly focused most of the attention on the band that would follow them.

It’s been six and a half years since Nickel Creek have performed together. Despite this, the California outfit returned to Birmingham’s Alabama Theatre with little to no fanfare. Instead, they shuffled out onstage, picked up their instruments, and returned to the music. They even kicked off the show with their new single, the fast-paced “Destination”, a loud, high-energy song that really put things into perspective: they’re back and they have more things to say. In an era where folk dominates, thanks to The Avett Brothers, Mumford & Sons, and The Lumineers, what better time than now? 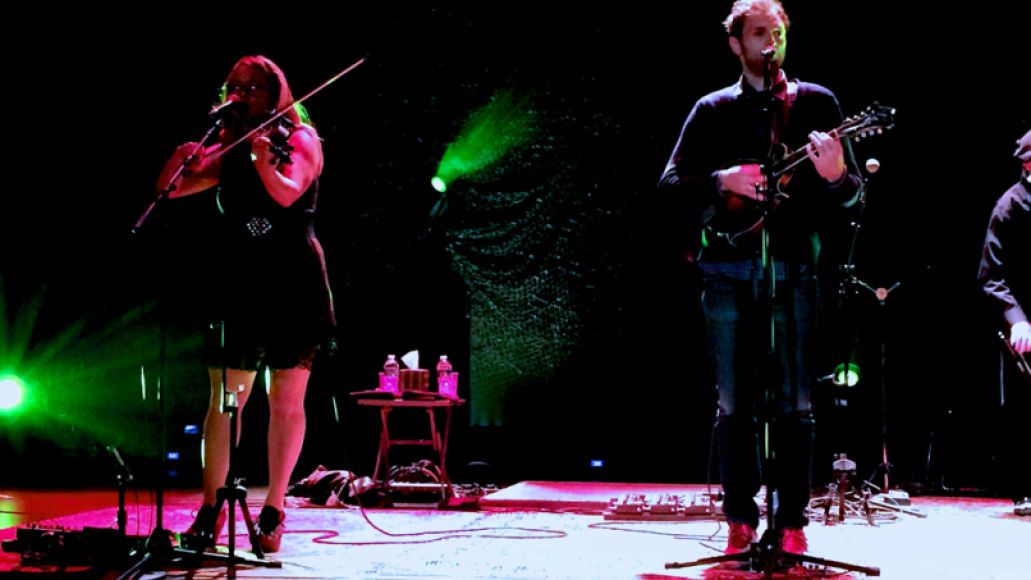 “Are you feeling well rested?” Chris Thile asked his bandmates, following fan favorite “The Lighthouse’s Tale”. Fiddle player Sara Watkins mildly replied, “Yeah. It’s been six and a half years.” Granted, the members of Nickel Creek have all been busy and successful on their own, but never do they appear more comfortable than together. And that chemistry really shined throughout their two-hour, 19-song set, which panned between the past and the present. Highlights included new tracks off their recent album, A Dotted Line, specifically “21st of May” and a cover of Mother Mother’s “Hayloft”. The former was even given a backstory by Watkins.

“This song needs some introduction,” she admitted. “Do you remember a few years ago, when the rapture almost happened? I was driving around and thought, I should try to get one more song in there.” 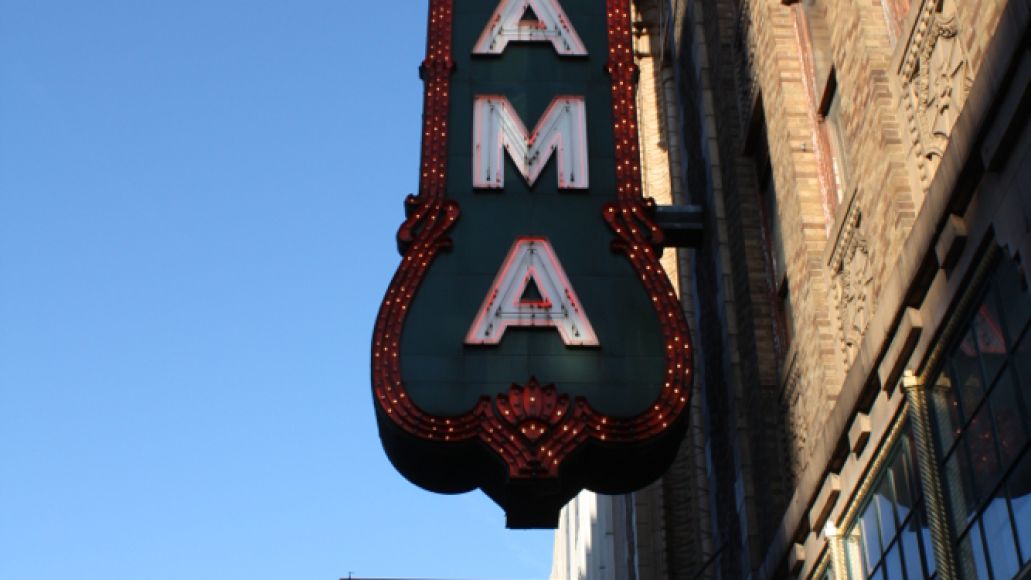 Really, their first show back was great, and relatively rust free. Whenever a transition between songs took too long or a comment went flat, Thile remained self-aware, keeping things lighthearted with off-the-cuff remarks and quips. “Don’t worry. This isn’t awkward.” Musically, they appealed to one another like siblings over the holidays.

Nickel Creek aren’t just relishing their past; instead, they’re writing a new chapter. This reunion has substance. There’s more to it than desperation or money or obligation. And the fans still want to hear ’em. Following their initial set, the crowd gave them a standing ovation and screamed, “Welcome back!”

Now, no one knows how long Nickel Creek will be around this time, but for now they’re back. And, as the song goes, what a great way to start the first day of the rest of our lives.

Setlist:
Destination
The Lighthouse’s Tale
Scotch and Chocolate
This Side
Rest of My Life
Out of the Woods
Ode to a Butterfly
When in Rome
21st of May
Anthony
Smoothie Song
You Don’t Know What’s Going On
Reasons Why
Doubting Thomas
Elephant in the Corn
Somebody More Like You
When You Come Back Down
Hayloft
The Fox
Encore:
Helena
Cuckoo’s Nest
Where Is Love Now?