When the Jesus-figure — long hair and beard, garbed in a blend of flowing robe and neon spandex — came onstage to lead us through uplifting calisthenics, I knew I was in for a concert unlike any other. After 15 minutes of “walking it out,” communal bouncing, and shouted life affirmations, the crowd for The Knife was properly warmed up. As we were told repeatedly throughout the show, Shaking the Habitual is more than an album and a tour title, it’s a declaration of a new way of living. As concertgoers (and human beings, really), our purpose is to upset the status quo and examine life from new angles, which we then carry into our own respective worlds. If The Knife’s world view represents the new paradigm, one of bodies beyond gender and life-affirmed ecstasy through explosive dance, I’m first in line for re-education.

The Knife are Swedish siblings Karin Dreijer Andersson and Olof Dreijer. While Andersson was on stage, at the center of the spectacle, the real stars were the collection of 10 plus dancers/singers/musicians/emissaries from the otherworldly beyond. Part-Jesus Christ Superstar, part-Xanadu, this collective emoted in a swirl of flashing vinyl jumpsuits and choreographed dance. As the show began, with Shaking the Habitual stand out “Wrap Your Arms Around Me”, Andersson and The Dancers took the stage like a normal band. Each Dancer held an instrument and worked with a defined purpose (though, it was clear in some cases they were pantomiming). The line between reality and illusion, between performance and action, between music and art installation, was in constant play. As the show continued, any hierarchy of traditional band structure dissolved further and further as the chaos swirled and the performance slinked toward a fevered resolution. 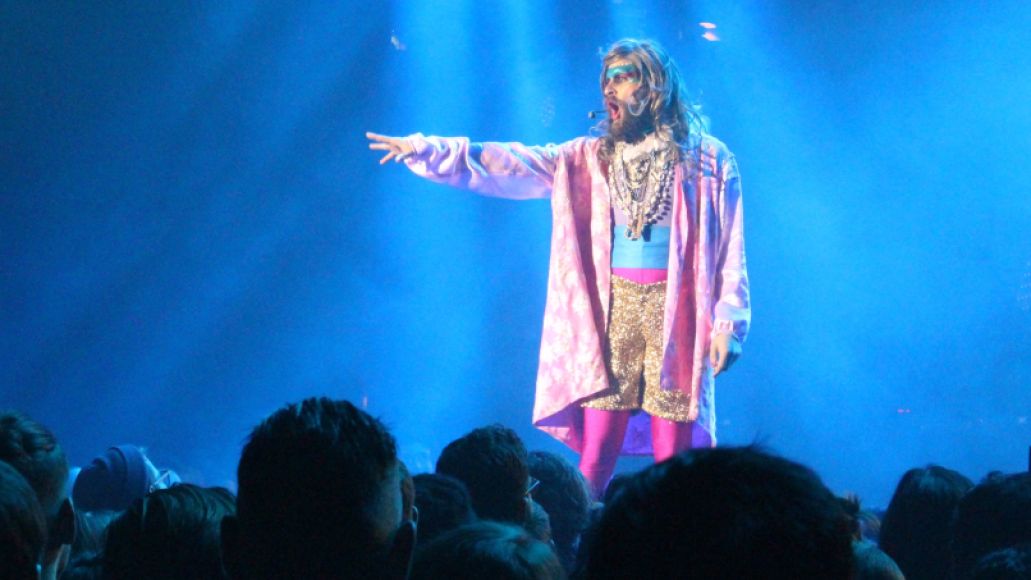 The Knife followed up “Wrap Your Arms Around Me” with another Shaking The Habitual standout “Raging Lung”. The songs share clattering percussion and a glacial pace and rooted in Andersson’s otherworldly vocals. As they transitioned into their third song, a heavily remixed version of “We Share our Mother’s Health”, all pretense that we were going to see a traditional performance crumbled completely. The group of ambiguous Dancers shifted between instruments and engaged in tightly choreographed dance sequences that largely lasted the rest of the show. The resulting spectacle is nearly impossible to describe. The Dancers moved with remarkable fury, in many cases seemingly enacting a Passion Play, but telling what story?

Following a poetic spoken word interlude, the show built toward a remarkable crescendo, peaking and boiling over as the group closed the show with a danced-up version of “Silent Shout”. At this point, all The Dancers, Andersson, and even our Jesus-robed aerobics teacher took the stage and danced in a wild fury. The sold out audience at The Aragon was more than happy to oblige as the crowd turned into an amorphous, multi-limbed, and single-minded sea of humanity. For a moment, it appeared as if the stated aims of the show were attained and many lost themselves, becoming both one and nothing simultaneously. 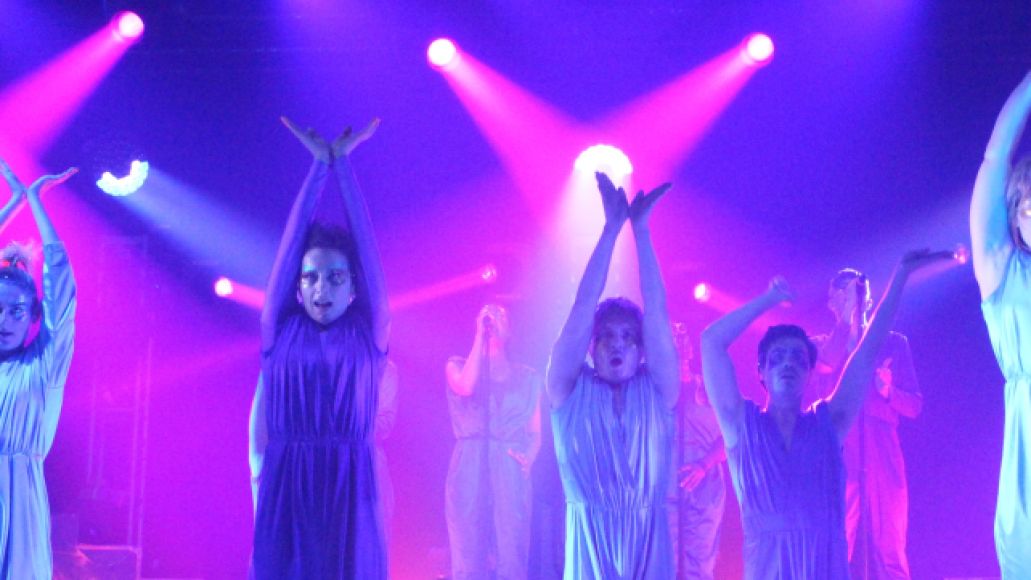 With no opener and encore, it was a unique structure for a show, to say the least. The Knife asked the crowd to give up any traditional ideas of what was to follow, and the band delivered on their end. As Andersson and company left the stage, they requested that the crowd stay and dance for the hour-long DJ set that followed. The lights stayed low and as I filed out, head still ringing with the lingering effects of bass and wonder, a good percentage of the crowd were still twisting and sweating the night away. 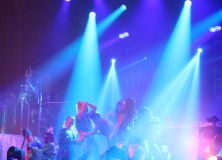 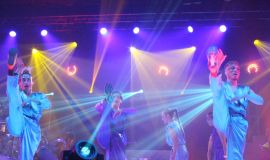 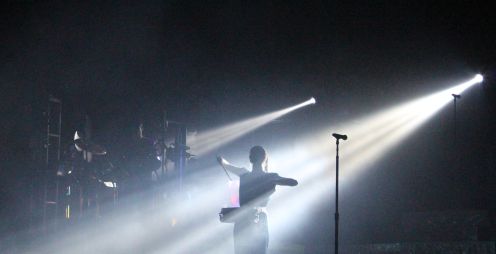 Setlist:
Wrap Your Arms Around Me
Raging Lung
We Share Our Mothers’ Health
Bird
Without You My Life Would Be Boring
A Tooth for an Eye
One Hit
Full of Fire
Ready to Lose
Pass This On
Stay Out Here
Silent Shout