Adding Buenos Aires to its enviable touring loop including São Paulo, Brazil and Santiago, Chile means that Lollapalooza’s foothold in South America is stronger than ever.

Though the Argentinian foray is a bit smaller than its brethren, with two days and 50 bands it’s still a stalwart endeavor which attracted tens of thousands of fans thirsty for a chance to see their favorite acts from around the globe.

Read on for the highlights from this year, and get excited for things to be even bigger and even better in the years to come. 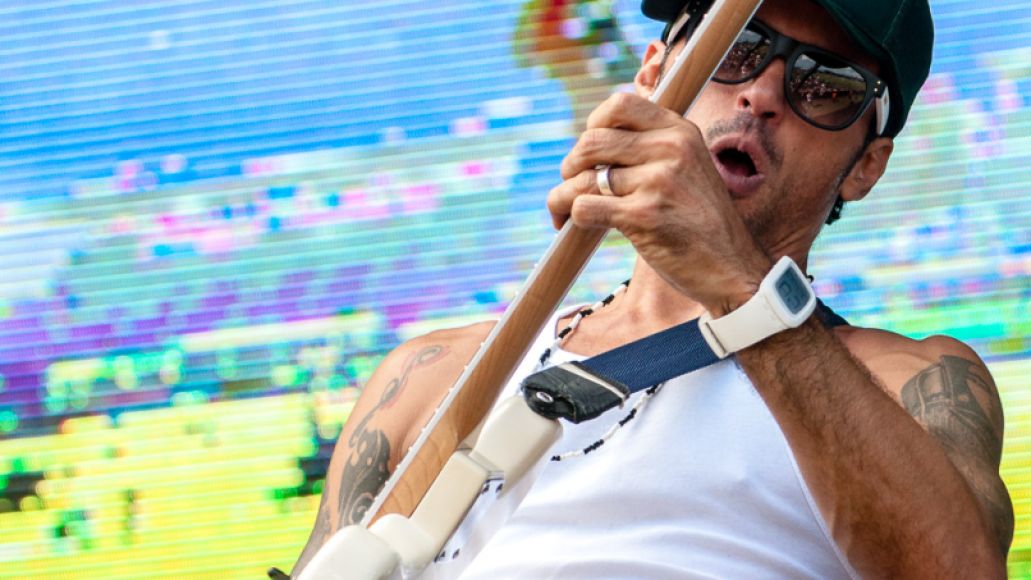 Though the festival grounds were still relatively empty, Nação Zumbi did their best to arouse whoever decided to wake up early and make the trek to San Isidro. Blending hip-hop, rock, and soul with a definite Brazilian twist, the band set an energetic tone for the rest of the festival. –Jonathan Fritz 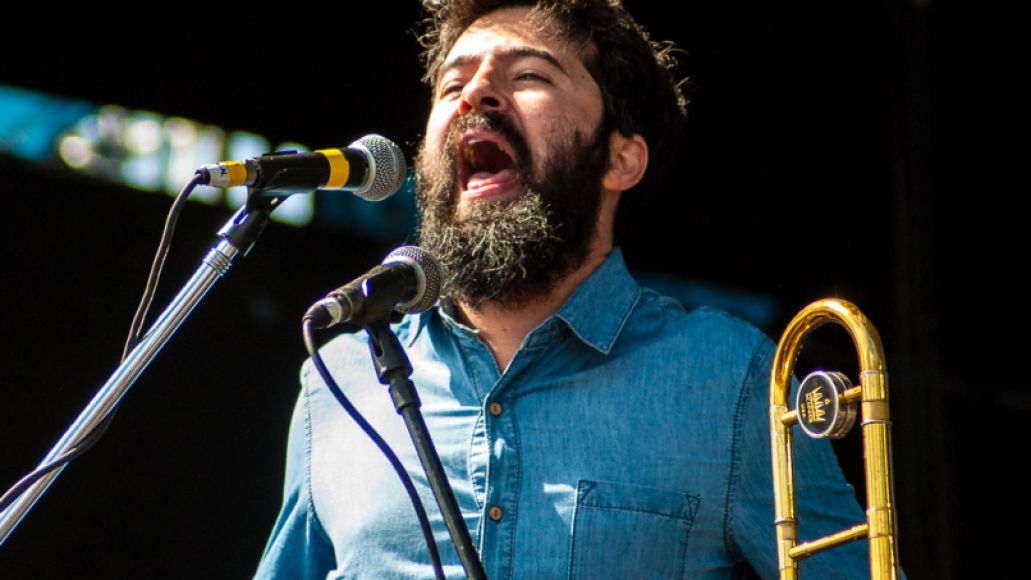 Arriving at Onda Vaga’s set evoked the memory of first discovering the bohemian rock of Manu Chao, with both groups sharing a complex sound culled through an array of horns, drums, and guitars. –Josh Petersel 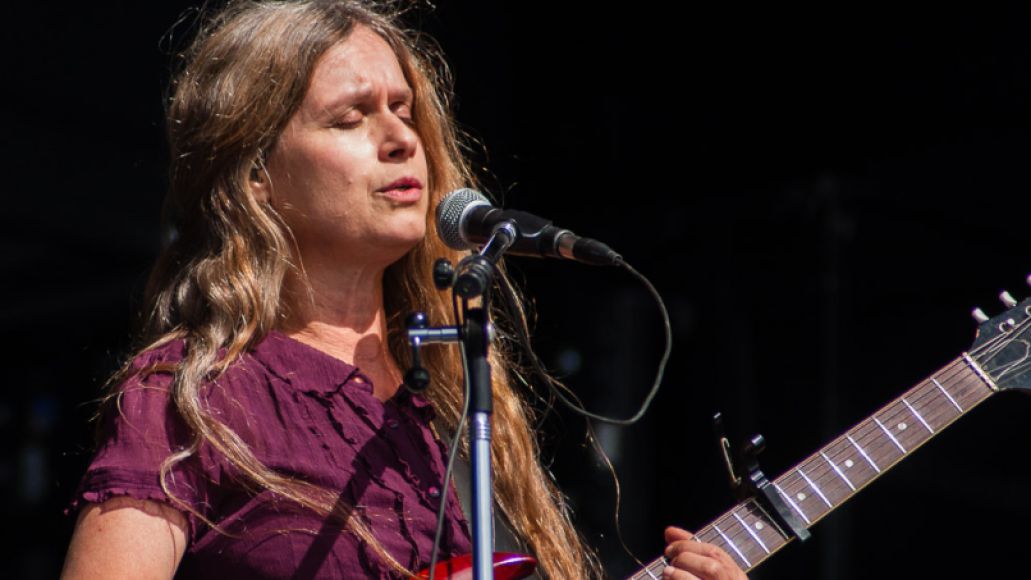 Juana Molina showcased many of the highlights of her latest (highly acclaimed) album, Wed 21, starting with the title track and closing with “Sin Guia, No”. Notable was her use of looping to fill out her own backing vocals—exemplary especially during “Un Dia”. –Josh Petersel 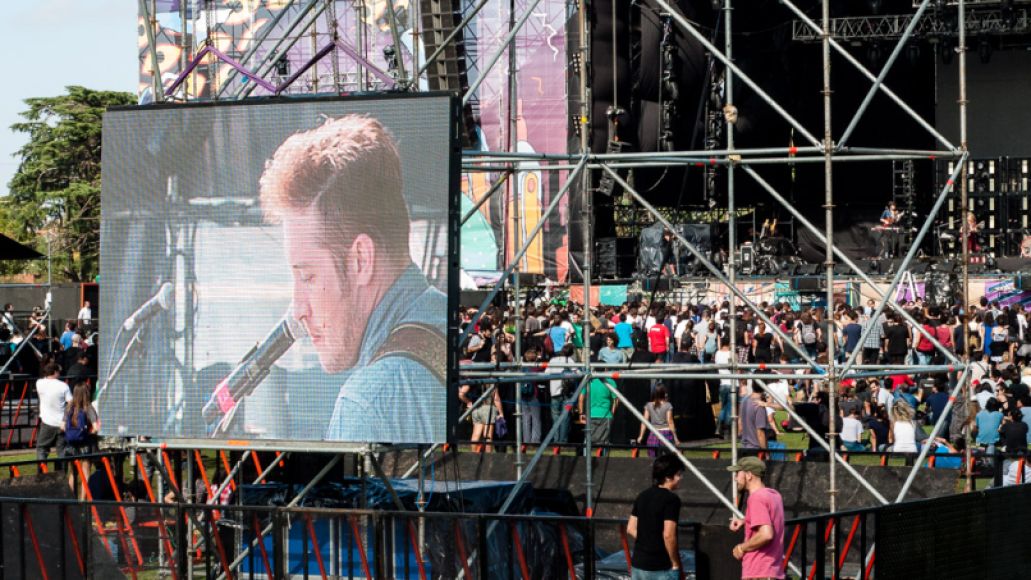 Oops—that’s definitely a live feed of the wrong band. Juana Molina is on stage in the distance, yet the screen shows Capital Cities. A few minor technical hiccups aside, Lollapalooza’s foray into Argentina went down smoothly. –Josh Petersel 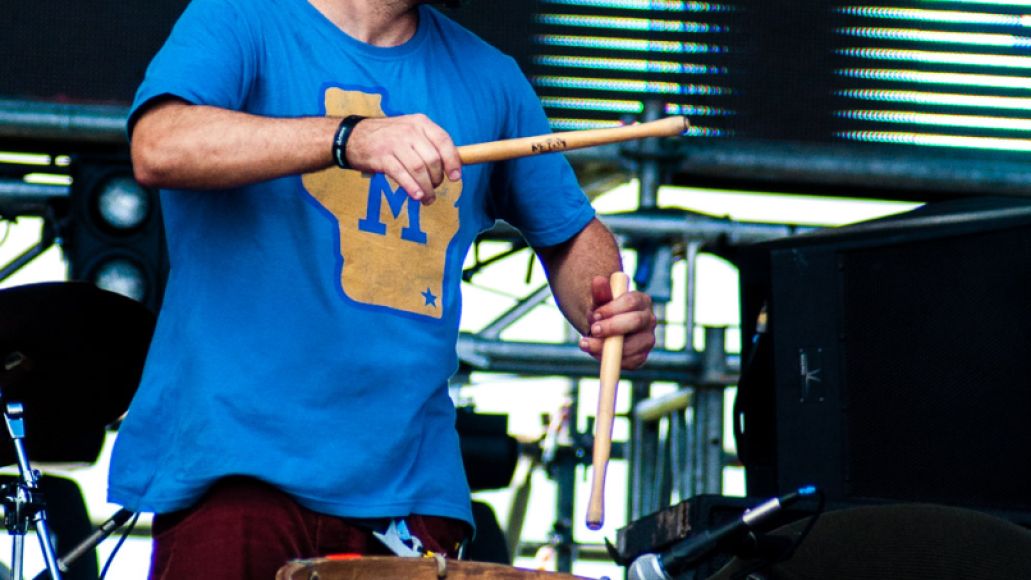 Distinct South American flavor for drums leads to a pet theory: The more percussion a band has, the better their live show will be. –Josh Petersel 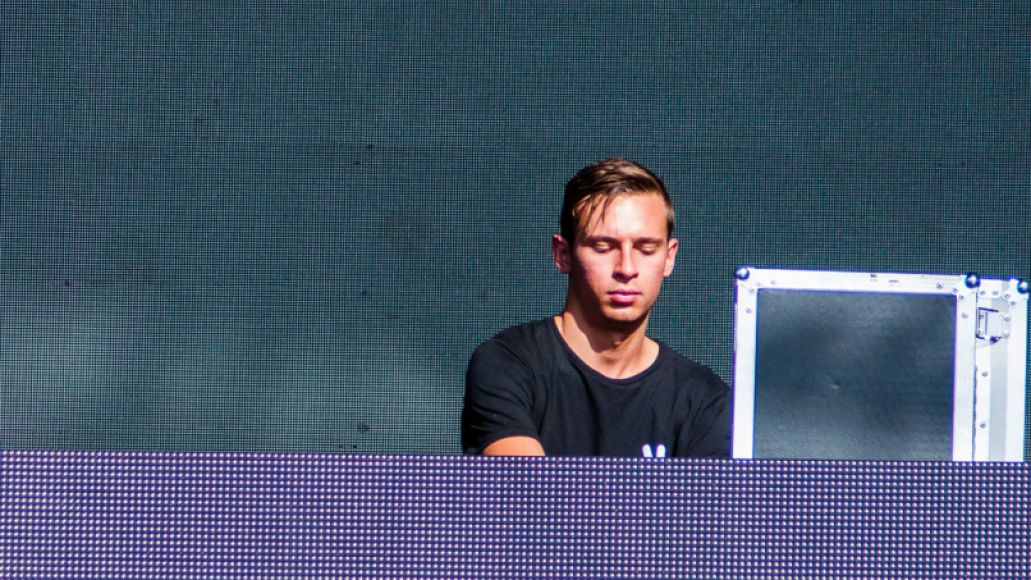 Flume’s set would have benefitted immensely from situating the decks at the front of the stage, instead of at the back, behind and above a massive LCD screen. Though the setup was definitely a more suitable set design for a late night headliner than for a 3:45 p.m. filler, Flume’s nimble hand and keen ear in mixing “Holdin On” in with samples of Lorde’s “Tennis Courts” demonstrated that he’ll handle himself deftly once he gets the late-night festival call. –Josh Petersel 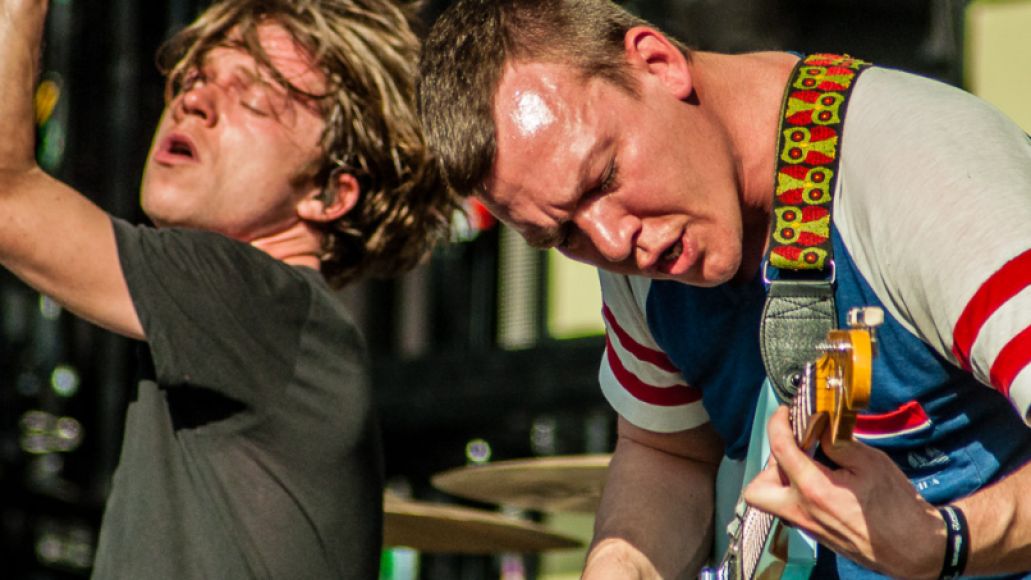 “I’ve gotta be honest,” admitted frontman Matt Schultz after fumbling through the tail-end of “Ain’t No Rest for the Wicked”, “I got so excited to see ourselves on the projector that I forgot the words on that last one.” But, no matter: Shultz and the rest of the band’s energy was contagious, and catapulted the crowd through a set full of loud and fast rock ‘n’ roll. –Josh Petersel 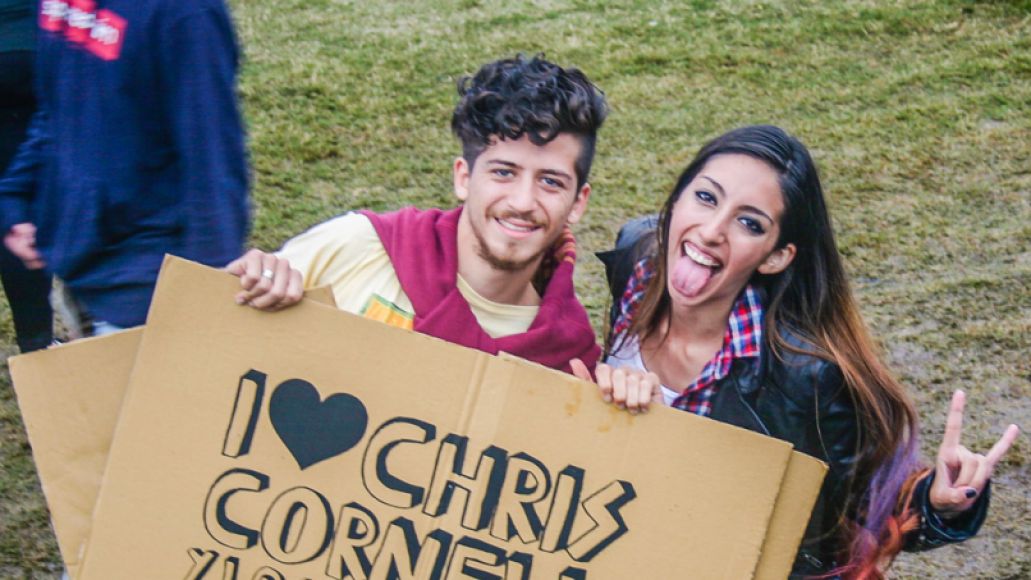 The sea of Nirvana band t-shirts and throngs of screaming fans for Soundgarden and the Red Hot Chili Peppers squashed any doubt that Argentina has left the early-90s behind. With such a fan-base for Lolla’s wheelhouse of mega 90’s bands, it’s surprising to think that it took the festival this long to travel south of the equator. –Josh Petersel 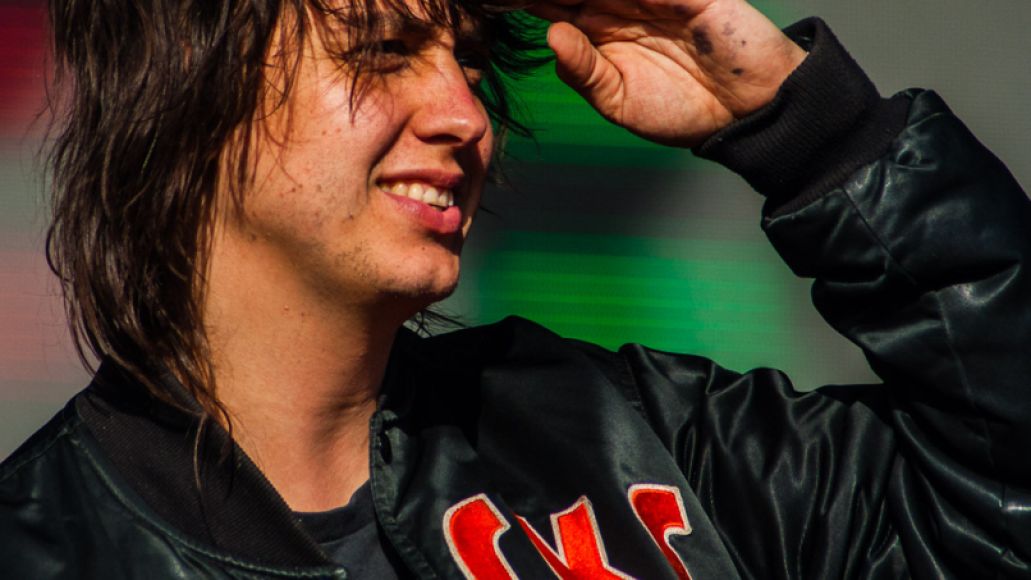 Between songs, Julian Casablancas called out Phoenix and challenged them to a soccer match. Towards the end of his set he solicited the crowd to request a song (in a broken attempt at Spanish, noting “I didn’t pay attention in Spanish class. Fuck it! Let’s try it”), settling ultimately on The Strokes’ “Reptilia”. And at the end of the day, long after his scheduled time slot, he crashed the Arcade Fire’s headlining set disguising himself as a member of the band. Does Julian Casablancas even give a shit? Has he ever? –Josh Petersel 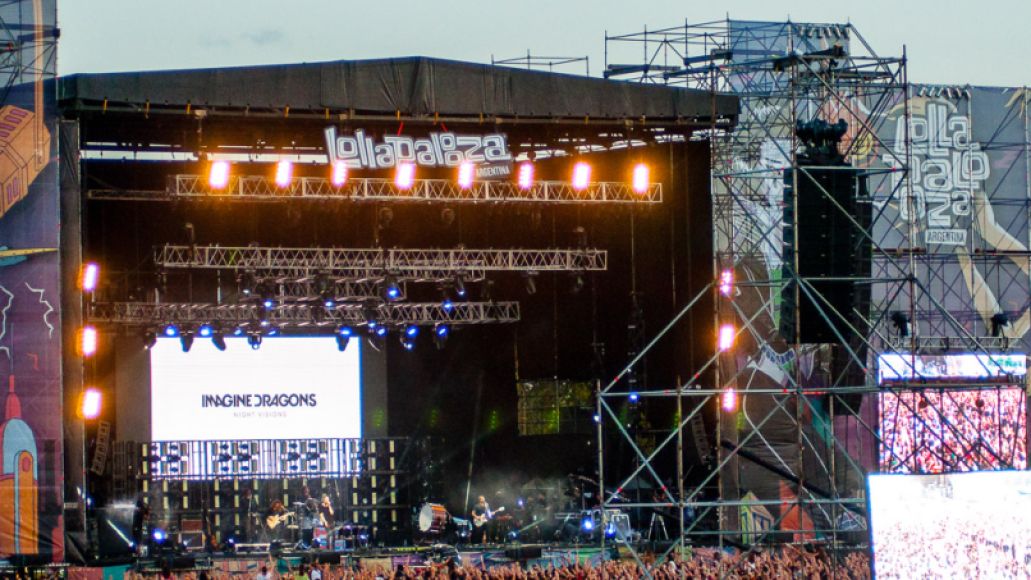 The crowd for Imagine Dragons’ set. 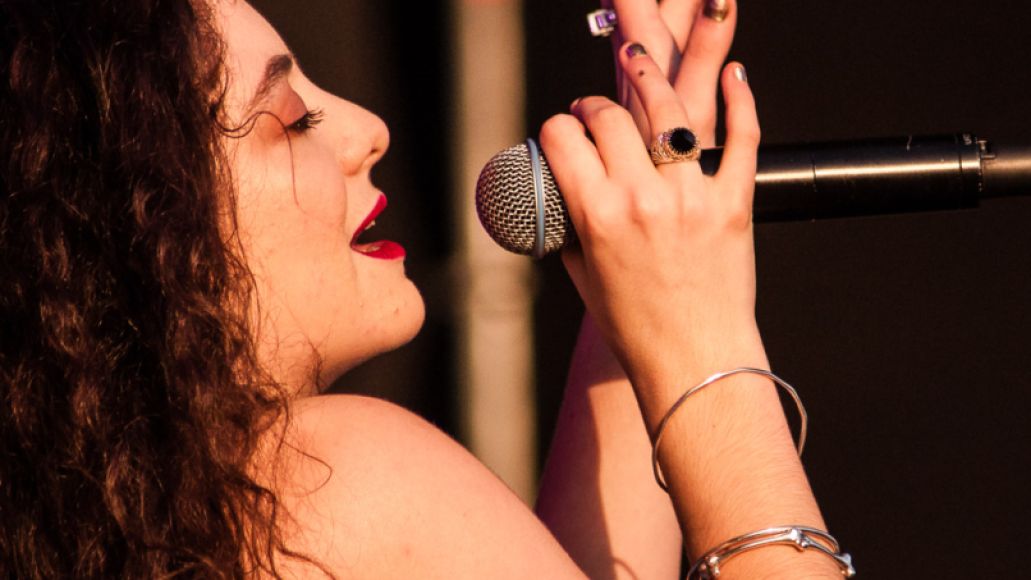 Awkward. That’s what struck first and strongest about Lorde’s stage presence. Ella Yelich-O’Connor still has all of the authentic affections of a real teenager, and none of the articulated choreography one might expect of similarly-galactic teenage pop sensations like Justin Bieber or Britney Spears in years past. Through “Tennis Court” she eschewed pops and locks in favor of jagged convulsions and jabs. Her attire was simple—puritan, even—you won’t find fireworks-laden brassieres here. Perhaps Lorde truly will never be “Royals”, despite her roaring success these past 12 months. And perhaps that’s what continues to make her so endearing. –Josh Petersel 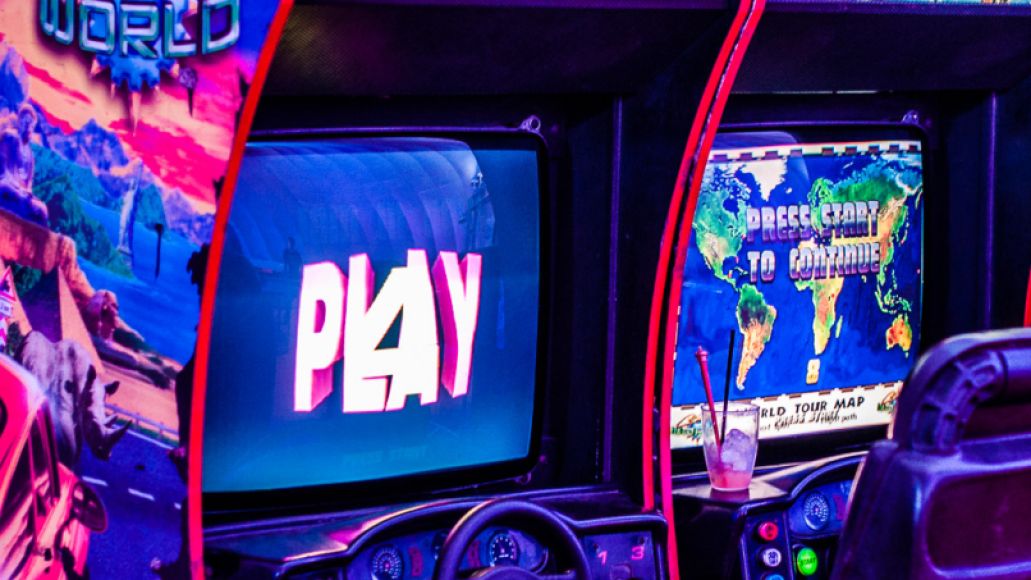 In order to get world-class talent to play the festival, Perry Ferrell and the Lollapalooza Argentina crew knew they needed to pull out all the stops. For instance, there was a massive game room tent, complete with ping pong, air hockey, a dozen pinball and arcade machines, and the main event: A Cruis’n World driving game. –Jonathan Fritz 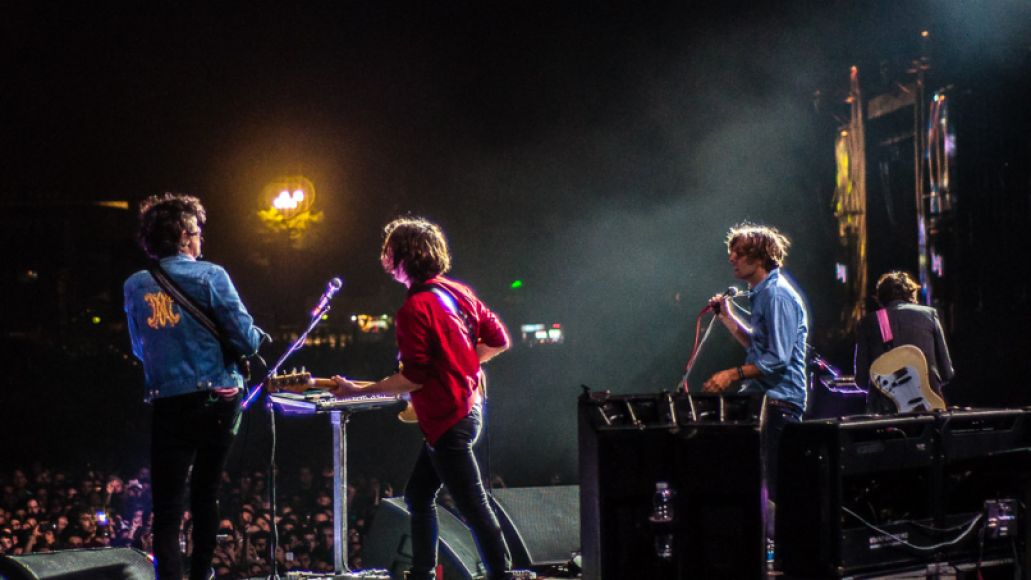 Phoenix’s live show was as good as ever, weaving hits like “S.O.S. in Bel Air” and “Trying to be Cool” from their latest album, Bankrupt, with their classics “Consolation Prizes”, “1901”, and “Girlfriend”. –Josh Petersel 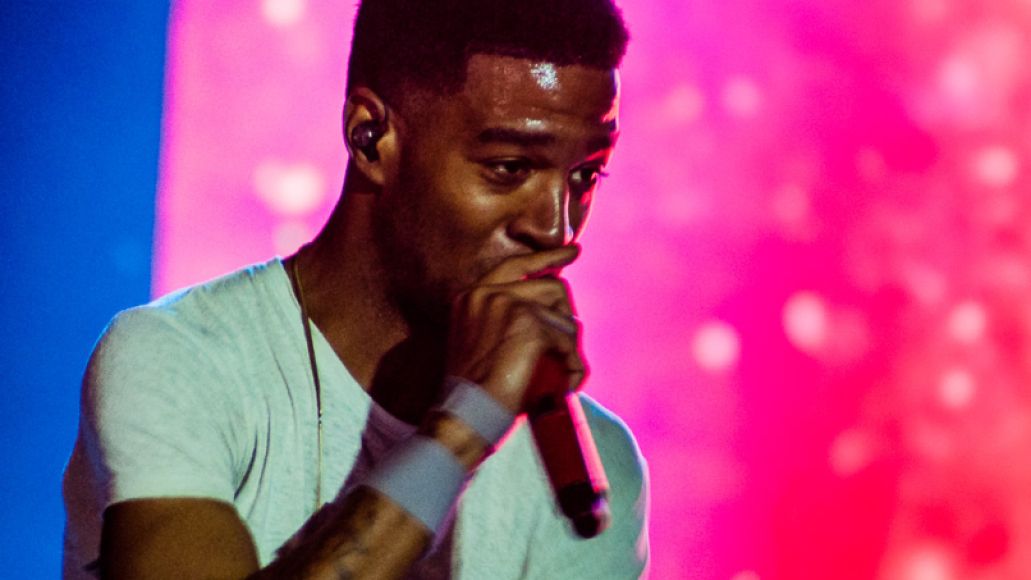 Kid Cudi could have shrunk and gotten lost with the entire footprint of Perry’s Stage to himself, but instead, his presence shined as he shredded through his biggest hits—most strikingly “Up, Up & Away” and “Pursuit of Happiness”. –Josh Petersel 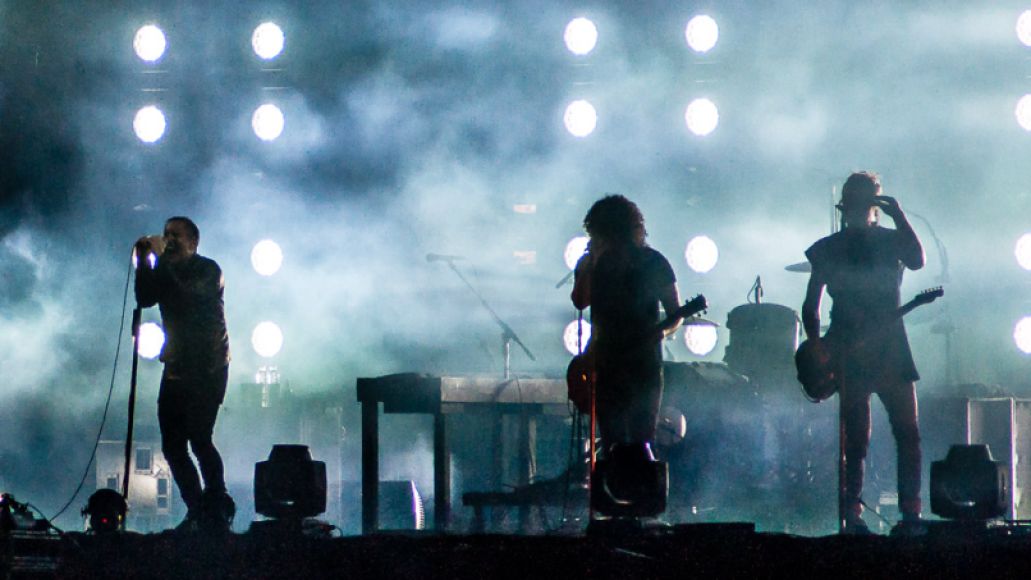 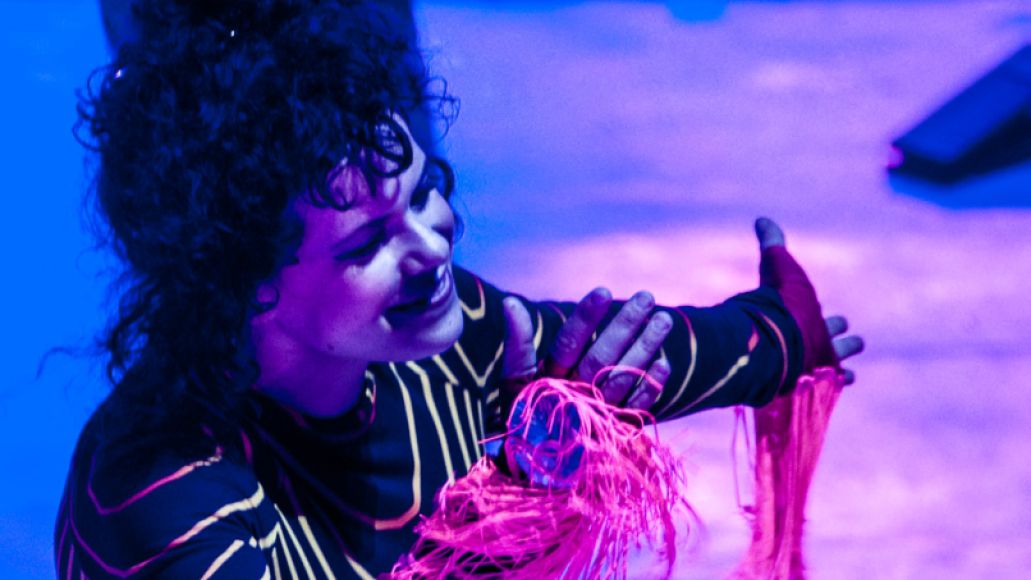 After a confusing entrance gimmick utilizing oversized bobblehead masks, Arcade Fire settled in to a sublime performance unquestionably worthy of Day 1’s top billing. The set harped heavily on Reflektor while largely abandoning Grammy-winning The Suburbs, with the band playing live renditions of “Normal Person”, “Reflektor”, “Flashbulb Eyes”, “We Exist”, “It’s Never Over (Hey Orpheus)”, and “Here Comes the Night Time” from the former and only “The Suburbs” and “Ready to Start” from the latter. Anthemic set closer “Wake Up” shook the grounds and sent everyone home enlivened—at least, until it was time to hopelessly search for any kind of available departing transportation out of the Buenos Aires suburb of San Isidro. –Josh Petersel