Welcome to Shelf Life, the bi-monthly series in which Ryan Bray combs through his record collection and gets reacquainted with the lost treasures within. Last time, Ryan discussed how The Chemical Brothers’ Dig Your Own Hole taught a punk how to dance. This week, he digs into a little known album that introduced him to country.

I like to think that as a music fan, my tastes are pretty well rounded. Yeah, I favor some genres over others, and my preferences have a pretty generous lean toward punk, noise rock, indie, hardcore, and generally anything with enough volume to scare away the straights. But I’m at a point now where I’ve learned not to say no to anything. Everything deserves a fair shake, and from there you just take things or leave them as they come. That’s right, I’m an adult.

But if you’ve been keeping up with this column, you’ve probably come to realize that wasn’t always the case. Picking up where we left off last time, I was more or less a stuck-up musical prick in high school. My tastes were so narrow that light itself barely crept through, let alone anything that dared so much as poke its head up from the underground. That’s a lot of music I was cutting myself off from circa 1997-1998, but even in that broad cross section of music that I went out of my way to ignore, there was one genre in particular that I avoided like the plague. 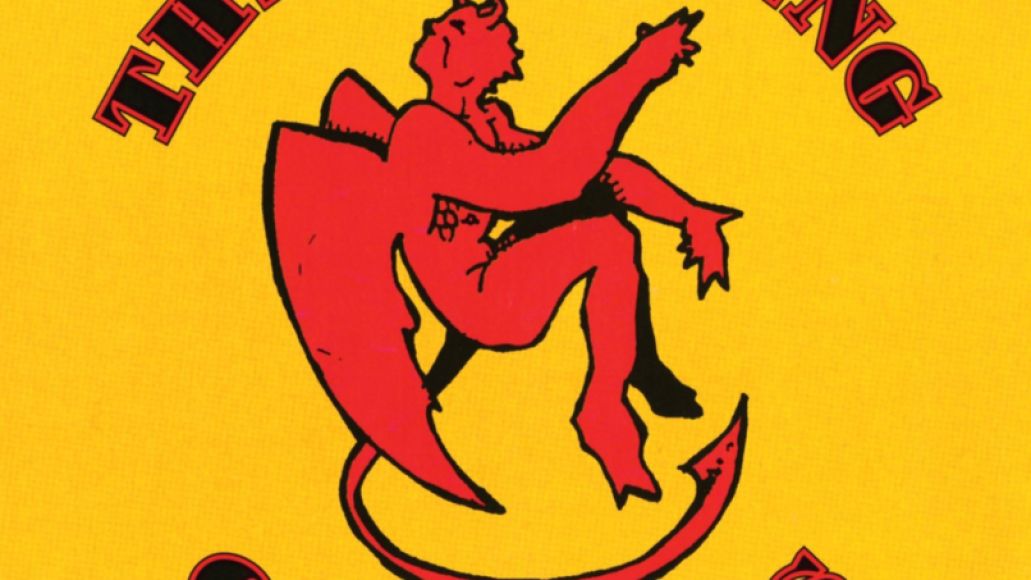 Country music was a genre I knew existed, but I kept a safe distance from it. I knew Garth Brooks, Vince Gill, and Clint Black all sold a metric shit-ton of records, but I never met one country music fan until I went off to college in the Midwest. People there gravitated to the genre’s bone-bred folksiness a lot more than did my tribe of native Massholes out east, but frankly, I just couldn’t stomach it. Country music, at least to my ears, was just too hokey and ham-fisted to take seriously. It force-fed you tradition and conservative American values and couched it in a ten-gallon hat and cowboy boots. For someone who put a lot of stock in music that went against the grain and fought the status quo, the shamelessly pandering nature of mainstream country music was borderline offensive.

Little did I know then that I was judging country music as a whole by its most obnoxious strain. I failed to recognize at the time that beneath the cartoonish yee-haw veneer of its most contemporary exports, country music’s roots extended back years and years to a time when the music was considered dangerous. Johnny Cash, Merle Haggard, Buck Owens, and Hank Williams were outlaws who lived hard and sang tough-luck songs about heartache, lonesomeness, and booze. In many ways, country music was punk rock in its original incarnation, and these guys were the original punks. Eventually I made this connection, but it took a local band from Providence, RI, to show me the way.

From 1996 to sometime in 2000, the Amazing Crowns pretty much tore up the floorboards in the New England local music scene. It was a quick but effective run that began with victory in WBCN’s famed Rock ‘N Roll Rumble, the notoriety from which they parlayed into stints on the Warped Tour and opening for the likes of the Mighty Mighty Bosstones. In fact, Dicky Barrett of the Bosstones might have best summed up the frenetic mania of the Crowns, calling them, and I’m paraphrasing, everything he loved about rock and roll but unlike anything he had ever seen. Granted, I was all of 14 or 15 years old when I first heard the Crowns, so the list of stuff I hadn’t yet heard or seen was pretty extensive. Still, I stood by Dicky’s sentiment. The echoed Gretsch and the steady thump of the stand-up bass screamed country and early American rock and roll, but there was a wild streak to the music that made your blood run white hot. The songwriting was steeped in traditional country, but the volume, break-neck tempos, and raw production value had punk smeared all over it. I was hooked.

The sound, as I came to find out, went by a lot of different names, from rockabilly to punkabilly and psychobilly. Still, it was all new to me. As the local buzz around the band continued to build, my curiosity got the best of me. I plunked down the cash for the original pressing of the band’s debut, back when they were called the Amazing Royal Crowns (a lawsuit from the LA swing band Royal Crown Revue forced them to shorten their moniker), and all it took was the opening chords of “Shiverin’ in the Corner” to win me over.

Finally, something that wasn’t quite punk but still gave me the electric charge of punk. When frontman Jason “King” Kendall bellowed at the top of his lungs during the song’s wild mile-a-minute finish, the hairs on my arms stood on end. That was as promising a sign as any that I was in for something good. Sure enough, the record was loaded with track after wildfire track of greasy rock goodness. There was the soulful ’60s feel of “Do the Devil”, the ’50s rock vibe of “Scene of the Crime”, and the campy, go-go girl jam “Fireball Stomp”. But the record’s best moments came when the band slammed their foot on the gas. “1965 GTO” and “Wrecking Machine” are straight-up barn burners, and to this the day, the energy of those tunes is strong enough to wake me up out of an early morning fog.

The only thing that topped the record was seeing the Crowns live. Fast-forward two years or so, and I checked the band out at Bill’s Bar in Boston. I worked myself up into a sweaty mess, and even though I left thoroughly exhausted, there was another part of me that felt thrillingly alive. On the way out, I hit the merch table, where hung up on the wall was a T-shirt. The front bared the band’s devil logo, while the back read “Still Royal to the Loyal,” a not-so-subtle dig on the lawsuit that forced their name change. Those words feel as true today as they did 14 years ago.

On the next installment of Shelf Life, Ryan’s back in Boston and figuring out the trial and error of unpacking his clutter.