In this week’s edition of Dusting ‘Em Off, Associate Editor Sasha Geffen and staff writer Zach Schonfeld celebrate the 25th anniversary of The Cure’s goth-pop classic Disintegration. Looking back on how the album affected their personal history as music fans, the two talk loneliness, heartbreak, and just why this record has come to be so emblematic of the Cure’s career.

Sasha Geffen: It’s both weird and great that Disintegration seems to be considered the Cure album just because of how much of a mess it is. Not a mess in terms of the band’s vision and how they realized it; a mess in terms of sprawl. This is a band that has written some of the most radio-friendly songs in history, and their most iconic work spills out over the lines of acceptable pop boundaries. Disintegration is full of long, heavy songs; even “Pictures of You” is seven-and-a-half minutes now that I look at it. I guess it demonstrates how there are two distinct layers of Cure fans. There are the Britpop kids, and then there are the Deep Goths. Maybe I’m just speaking from a music nerd’s perspective. I don’t know if this is actually the most popular Cure album, but it does seem to be the most important. What’s been your experience?

Zach Schonfeld: Here’s why Disintegration has become the landmark Cure album: It’s as sad, dark, and unrelenting as the hearts of anyone who gets deep into it.

I’m sort of kidding, but not really. This album is heavy — in an emotional sense as well as an all-consuming sonic sense, like the way those keys at the start of “Plainsong” drown you in waves of pure gloom. That’s the way this 71-minute behemoth of an album opens: totally downcast, but lush and swelling and gorgeous as well. The Joshua Tree effectively established the high-drama keyboard fade-in two years prior, but it has nothing on Disintegration‘s sad sprawl. 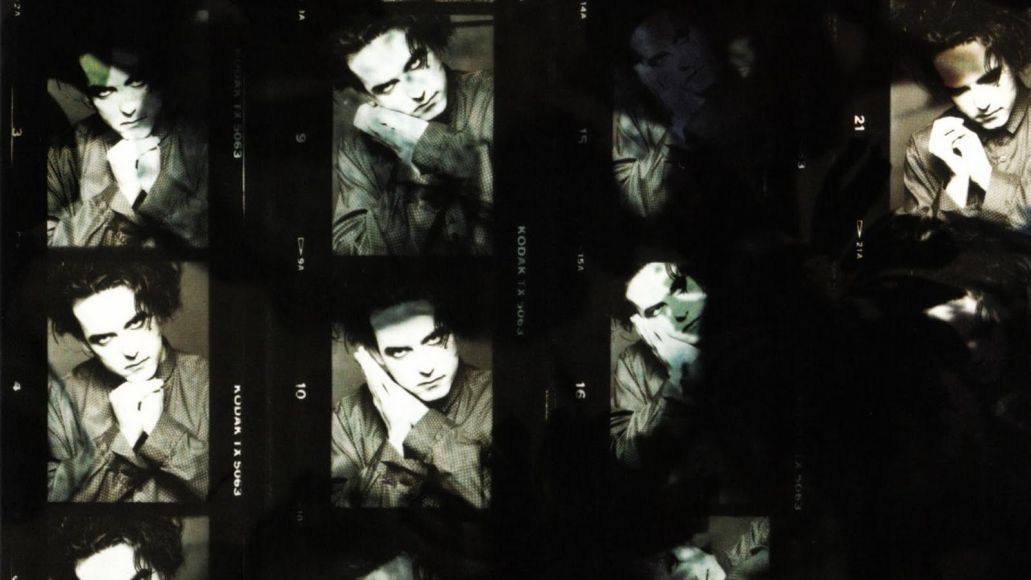 It was the first Cure album I heard. I was 15 or so, mostly into grunge and ’90s rock. I remember being entirely baffled that anyone could find anything to love in an album as dreary and monotonous as Disintegration. It wasn’t until a particularly lonely patch of my freshman year of college that I fell under its spell — in an intense, obsessive way, because that’s the sort of attention Disintegration demands. Even the most iconic pop song on the record, “Lovesong”, is colored by the intensity of Robert Smith’s longing: “However far away/ I will always love you.” I assume that plea is unrequited. I still can’t listen to the album without thinking back to late walks across campus in the cold of a Connecticut winter.

Head on the Door is lush and catchy and Pornography is gloomy, but I can’t imagine any record that combines those qualities — by The Cure or by any band, really — the way Disintegration does. How did you first discover it and what brought you back?

SG: The radio brought me to the Cure through their really friendly singles, and then around the same point in my life as you I started diving deep into them. I listened to a ton of gloomy post-punk shit from the ’80s when I was 15 and 16 — The Cure is probably one of the best bands to capture the emotional extremities of that age. They’re either sugar crystals or deep gloom, with very little in between. That’s sort of how my moods worked back then. It fit.

“Plainsong” was formative for me in particular. It might be the song that kicked off my fixation with romance at the end of the world. I have this really clear image when I listen to it of a couple watching the earth collapse into itself. It was my favorite song (ever) for a really long time, and I still think it might be their strongest — something about the nonchalance in Robert Smith’s voice there contrasts beautifully with the crashing synths and the scope of everything else. He sings like he’s found a small place inside a whole lot of vastness. 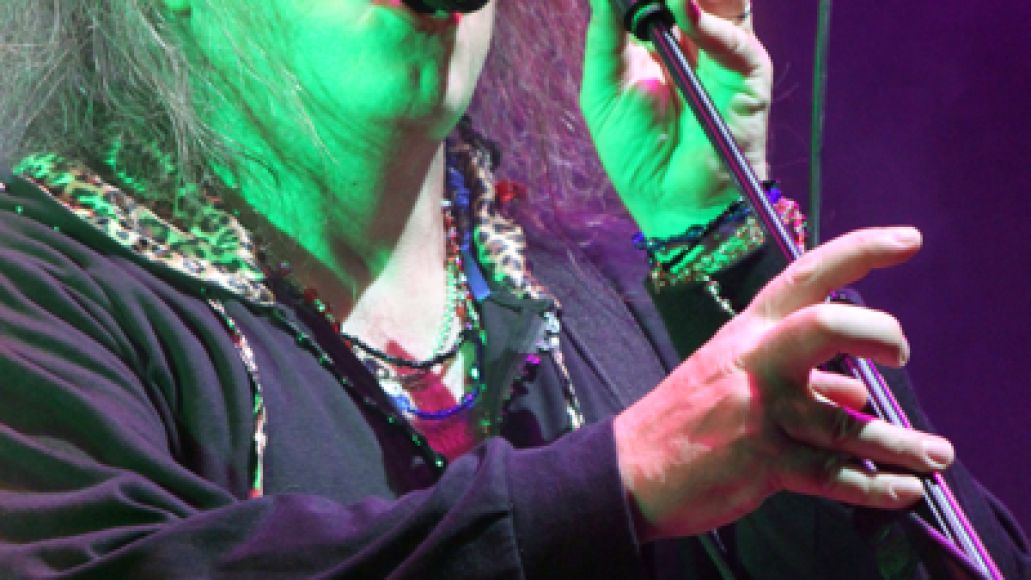 I saw The Cure play last summer in Montreal, and when they started their set with “Plainsong”, I pretty much lost my shit. I’d seen them once before, in high school, but they were playing a lot of new stuff then, so it didn’t really make an imprint. Seeing them play song after song from Disintegration is one of my fondest festival memories.

It’s strange now hearing that Cure bass tone seeping into a lot of music being made today, though I don’t know if anyone is attempting another Disintegration. It’s a lucky album in that it had influence but didn’t inspire straight mimicry. How do you think albums like this age? Is it possible to appreciate Disintegration without that degree of nostalgia we both have, or is it the kind of album you need to invest in emotionally while you’re still young?

ZS: I’d like to think you could pick up Disintegration at any age and love it. I really would. But I’m not sure. As you said, it so sharply captures the emotional extremities of youth. The lyrics and vocal phrasings that most stick with me are the ones that are so imbued with that raw earnestness of feeling teen feelings and believing the things you’re feeling are more real than the things anyone else in the world is feeling and that they will never, ever subside. Longing, in particular. “I’ll never lose this pain” — that’s a teen sentiment! And there’s that part in “Pictures of You” that I always come back to: “There was nothing in the world that I ever wanted more than to feel you deep in my heart.” I can’t fathom any other frontman singing that line without it sounding impossibly goofy and trite. God bless Robert Smith.

It’s funny, just this week it occurred to me that Disintegration came out the same week that my parents got married. I don’t think they heard the record, then or now. Maybe that’s because of their age — they were already well approaching 40 — or maybe that’s because they’ve been married ever since. I associate Disintegration with deeply felt emotional conviction and, not coincidentally, I also associate it with romantic failure. That’s not necessarily nostalgia, but it is a sort of headspace that Disintegration commands. 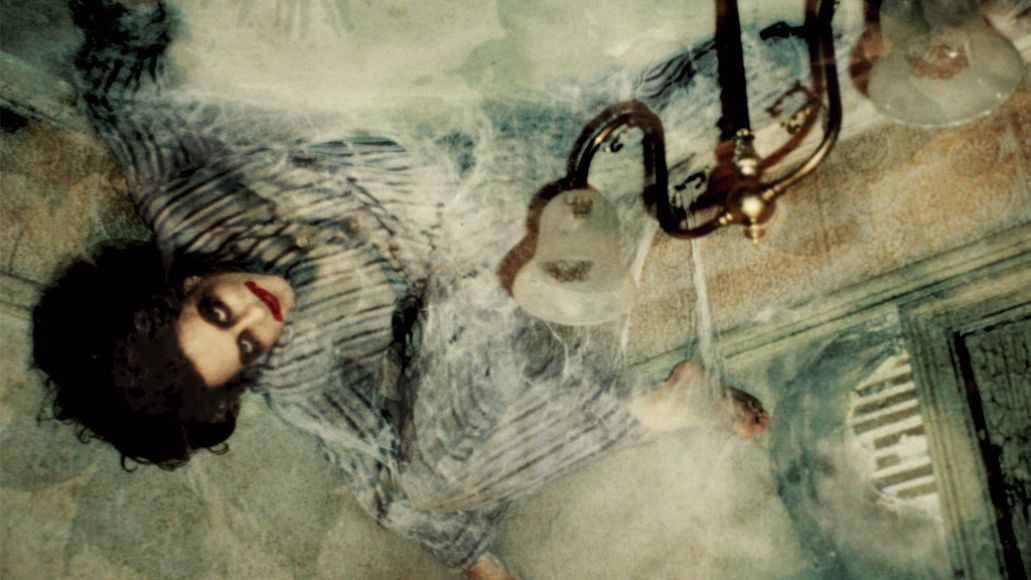 Still, there’s plenty of mythology attached to the making of Disintegration, and it’s worth noting that Robert Smith wasn’t entirely young when he wrote it. He was about to turn 30, felt unfulfilled by his body of work so far, and decided it was time to make his magnum opus — the one he’d be remembered for.

It’s remarkable and weird how well that calculation succeeded. A handful of The Cure’s earlier records are critical favorites, but I wonder if you think anything the group has done since then compares? Disintegration and its array of icy, ethereal soundscapes has influenced so much dream pop and indie and post-punk revivalist music since 1989, but nothing quite captures its mood.

SG: I don’t know if anything has been that ambitious since. Like you said, it’s absolutely about romantic failure, but Smith frames that failure as the end of the freaking world. There’s definitely nothing else in the Cure’s discography that drags me back like Disintegration does. One recent album comes to mind that employs a similar strategy, though: The Antlers’ Hospice, which sees romantic failure as terminal illness. Still not quite as dramatic as Smith’s “breakup equals apocalypse” conceit.

It’s funny that you mention that Disintegration came out the same week your parents were married, because I’ve always had a little bit of pride in me that it was released a couple months after I was born. I don’t really know what those numbers mean, or why we attach to them, aside from the idea that it’s nice to pick out a few harmonies like that. But the album and I are both ’89 babies, so I always felt like it was a little bit more “mine” than other people’s. I guess that’s the feeling most sad teens have toward music like this: Sure, I’m miserable, but I’ve found something else that’s also miserable, and damn if it doesn’t belong to me. Maybe that’s why it sticks.

Dusting ’Em Off: The Cure - Disintegration