Actually, Arc Iris had given away any surprise fashion secrets by manfully setting up the stage equipment so attired. Percussionist Ray Belli added his own more conventional sartorial note by dressing like the man from the IT help desk. Gentle opener “Whiskey Man”, off the band’s self-titled debut album, with its bright three-part harmonies and sorrowful cello parts, seemed equally conventional and hardly prepared you for the diverse range of sounds that followed. “Lost on Me” proved a charming episodic bridge to the otherworldly “Canadian Cowboy”. With eccentric piano figures, prodigious drumming, tempo and mood changes, the song was delivered like a mini-suite carried by Adams’ fragile vocals. 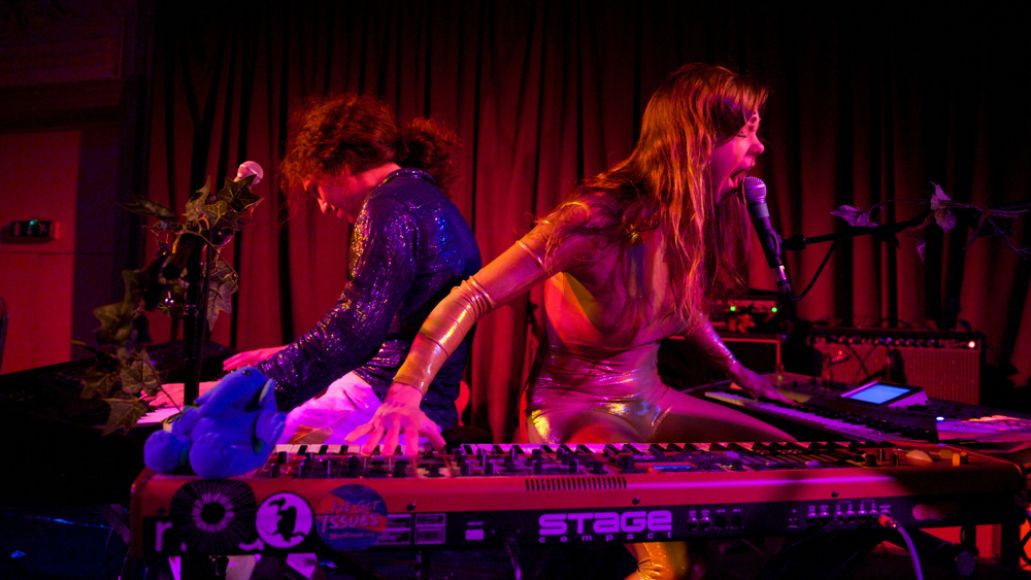 With successive songs taking in influences from cabaret, jazz, classical, country, folk tales, and various kitchen sinks, it would be easy to talk genre-hopping but there was a true cohesion to the Arc Iris set that flagged it more as a journey, or let’s say, an expedition. The latter is certainly a more colorful analogy for music that seemed far more organic and fluid than simply reveling in disparity. The set indeed had a certain raw beauty, with a performance more visceral than what was evidenced through the admirable studio polish of the band’s initial recordings.

With the exception of its opening track, Arc Iris treated us to the entire debut album with four new songs thrown into the mix. If there was a common thread to the newer material, it was structures that recalled the kind of progressive rock that Yes mastered in their heyday. “Rainy Days” was a particular highlight with its skittish opening rhythm that gave way to cello plucked like a bass guitar, dramatic down chords, and scat singing integrated with trumpet. “Happy Thieves” saw Adams delivering some extremely dexterous clarinet riffs met by keyboard responses and a resolution that evoked the spirit of Steve Howe via three ascending guitar chords. 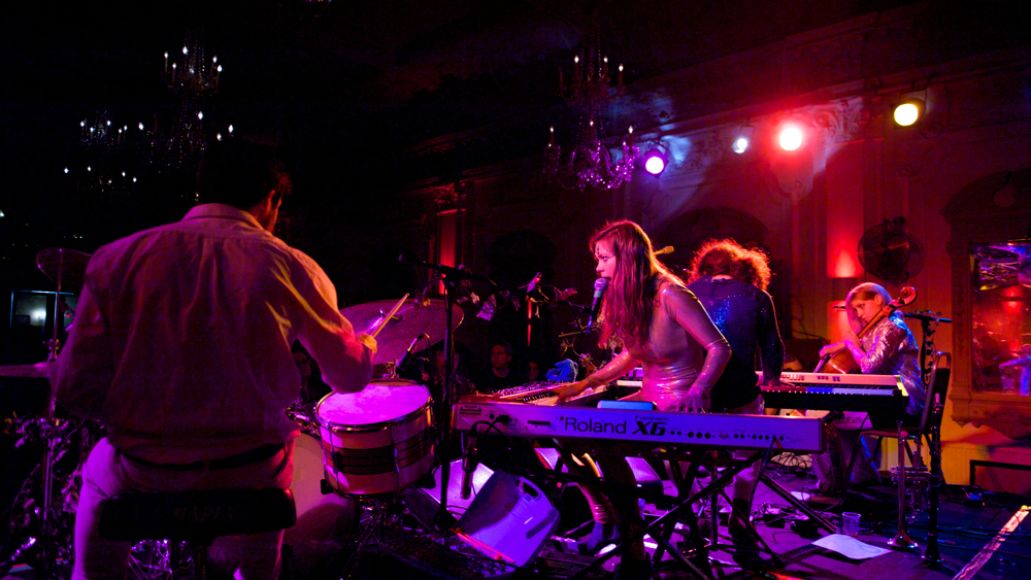 There was still time for a touch of klezmer in the flow of “Swimming” which built to a crescendo of caterwauling vocals. There was no encore but it hardly required one as the tender “Might I Deserve to Have a Dream” completed an innovative evening with the three band members, sans percussionist, grouped around an antique microphone. While the triangular mic might have fallen off the last Low Anthem tour bus, the song had a contrasting circumference to it. Soft vocal harmonies with simple guitars and plaintive cello “let me fly where the trumpets do cry”; a fitting dream of closure. 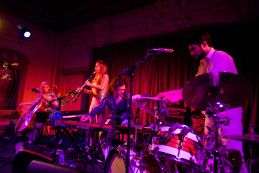 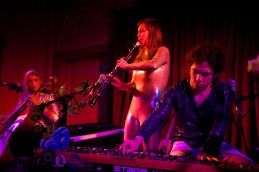 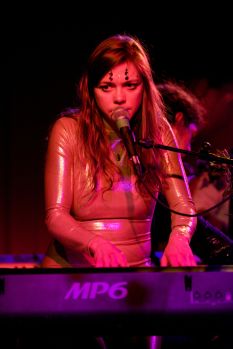 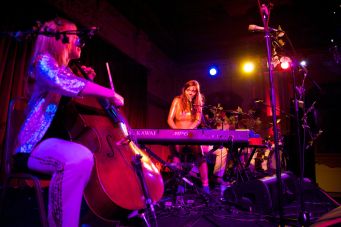 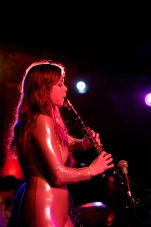 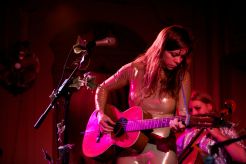 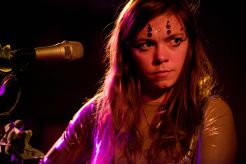 Set List:
Whiskey Man
Lost on Me
Canadian Cowboy
Singing So Sweetly
Ditch
Honor of the Rainbows I & II
Saturation Brain
Rainy Days
Happy Thieves
Painting with the Sun
Powder Train
Swimming
Might I Deserve to Have a Dream