The official title of the event was Atomic Bomb! Who Is William Onyeabor? Had this concert taken place when the music of Onyeabor was written, I wouldn’t be able to tell you much in terms of specifics about his life. But smart phones make information pretty instant, and even if you had no service, everyone in attendance surely had the opportunity to discover the answer to the question on their own prior to Thursday night’s performance at the Greek Theatre in Los Angeles.

Onyeabor is a funk musician from Nigeria that wrote and recorded some compelling, unique music in the late ’70s and early ’80s, eventually converting to Christianity and renouncing his old life and music. He refuses to speak about himself and much of his biography is a mystery. After years of effort, David Byrne, a contemporary of Onyeabor’s when Byrne fronted the Talking Heads, finally received the permission to release compilations of Onyeabor’s work through Luaka Bop and perform the music live for the first time ever. With dates in London, New York, San Francisco, and Los Angeles, the event did not disappoint. 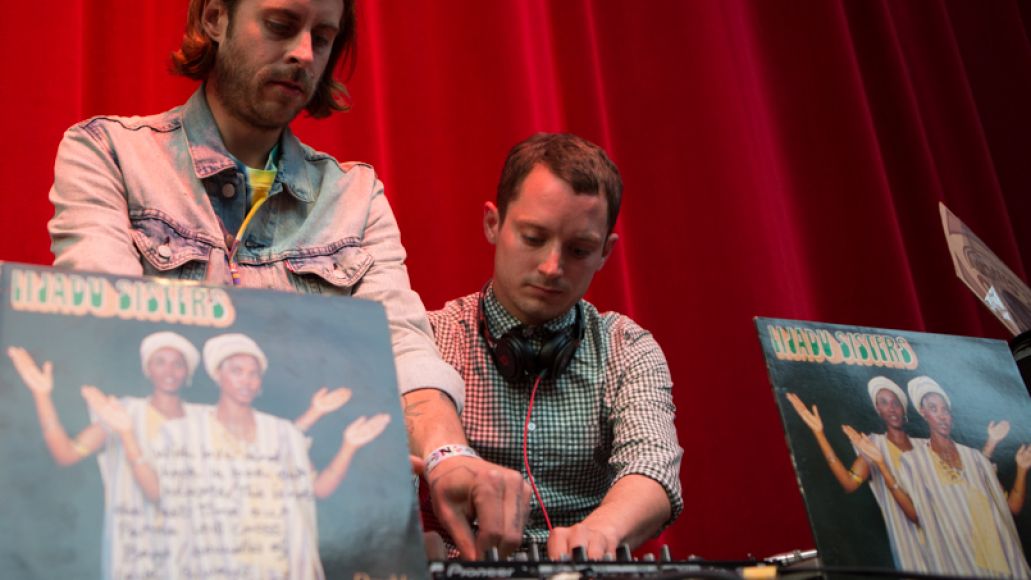 The entire evening at the Greek was curated as a singular experience, with an opening DJ set from DJ Wooden Wisdom, the cleverly named pairing of former Sub Pop and Drag City employee Zach Cowie, who now makes music as Turquoise Wisdom, and Elijah Wood, who played Frodo in Lord of the Rings. You’d think: It’s L.A., no big deal having a celeb DJ for entrance music? Sure, but that didn’t stop people old enough to be my parents from taking selfies in front of Wood while he twisted knobs and chatted at Cowie. It was silly, but whatever.

When the main set finally started, the band took the slow reveal approach, beginning with a basic core that was led by former Beastie Boys collaborator Money Mark and Sinkane (Ahmed Gallab), formerly of Yeasayer. The pair charged into the night with some pretty druggy organ sounds from their vintage synthesizers, backed by duel percussionists (one of whom was Pat Mahoney of LCD Soundsystem), a horn section, and multi-instrumentalists playing various percussion and keyboard devices. It was a feverish opening, lasting nearly 20 minutes, Money Mark particularly captivating with his occasional leaps behind his keyboard.

The night would allow a parade of guests to join the party, first Alexis Taylor of Hot Chip, dressed in near-blinding white, then the The Lijadu Sisters, a Nigerian act that had been dormant for nearly 20 years, and eventually the orange-hatted Byrne and Bloc Party’s Kele Okereke. Though the music lacked familiarity for many in the audience, it was the kind of dance music that was enjoyable regardless, with the well-known vocalists helping keep the interest, and Onyeabor’s craft easy to appreciate for the most inexperienced of attendees. 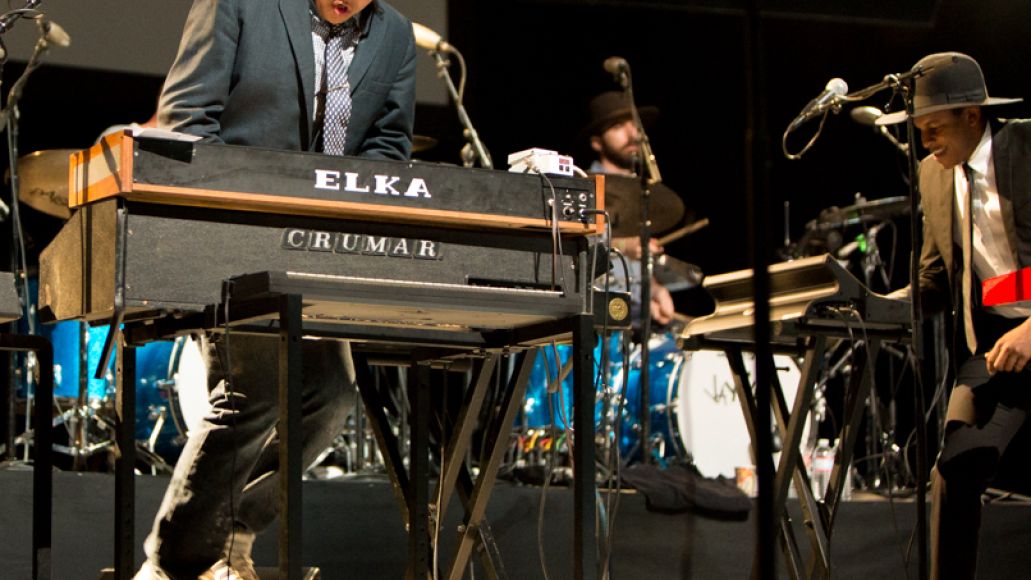 But Byrne’s place at the top of the billing for the evening kept all eyes and attention on him, despite the fact that Money Mark and Sinkane coordinated and were the clear leaders of the band. Byrne sang lead on a couple of songs, including “Fantastic Man”, which has been making the rounds since its performance on the Tonight Show. But Byrne was happier being a piece of the whole, his attention focused more on the other musicians than the audience. And, if the night suffered for anything, it was that the band mostly seemed like they were playing for each other, like thousands of people had stumbled upon their jam session.

But as jam sessions go, it really doesn’t get much better than this, outside, in Southern California on a cool May evening. The show didn’t seem to be selling anything, and that’s not to say there weren’t things for sale. They weren’t making an argument for Onyeabor’s importance with the show. The music was more meant to tell us who Onyeabor is, or was. With the musician set on letting that person drift from memory, all that is left is the music, and that alone is what we have to know him by. With Byrne aging, and many of the other members of the all-star band able to look to the past and recall times in which they more successful, times that may not return, their art might comfort them as a legacy. Onyeabor might be doing himself a service by only letting the music speak for a whole life. We’re just as fortunate Byrne and Co. were sure to do him justice when presenting the man to the world. 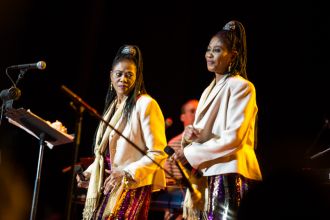 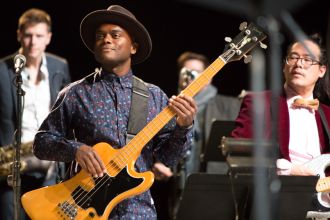 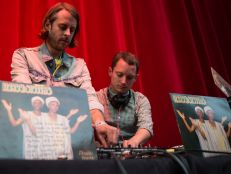 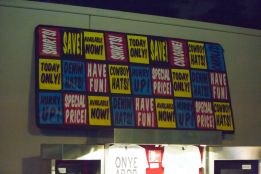 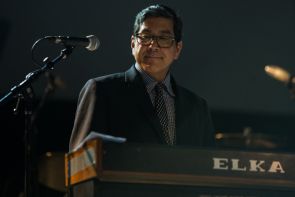 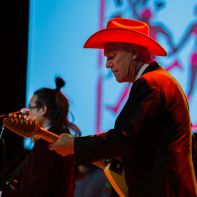 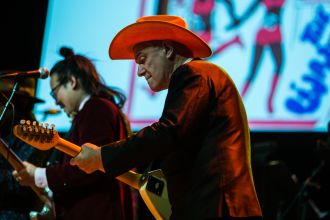 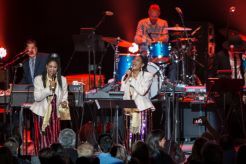 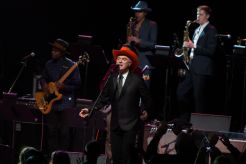