The traditional post-rock style is that of a quiet build to an epic, show-stopping crescendo and repeat. For Japanese quartet Mono, that’s also true, except there is a cinematic quality to the way the band open vast instrumental spaces and then build upon them until an apocalyptic crash ensues.

Mono has a new album coming later in the year, but at the Troubadour they did not offer a glimpse at what’s in store, opting to play exclusively older songs and drawing most heavily from their 2009 Steve Albini-produced Hymn to the Immortal Wind. “Pure As Snow (Trails of the Winter Storm)” was especially potent, when what initially appeared to be the big finish turned out to be the calm before the “storm” in hindsight. Similarly, the finale of “Everlasting Light” was as eye-wideningly intense as the climactic battle to the final chapter of an epic film trilogy. 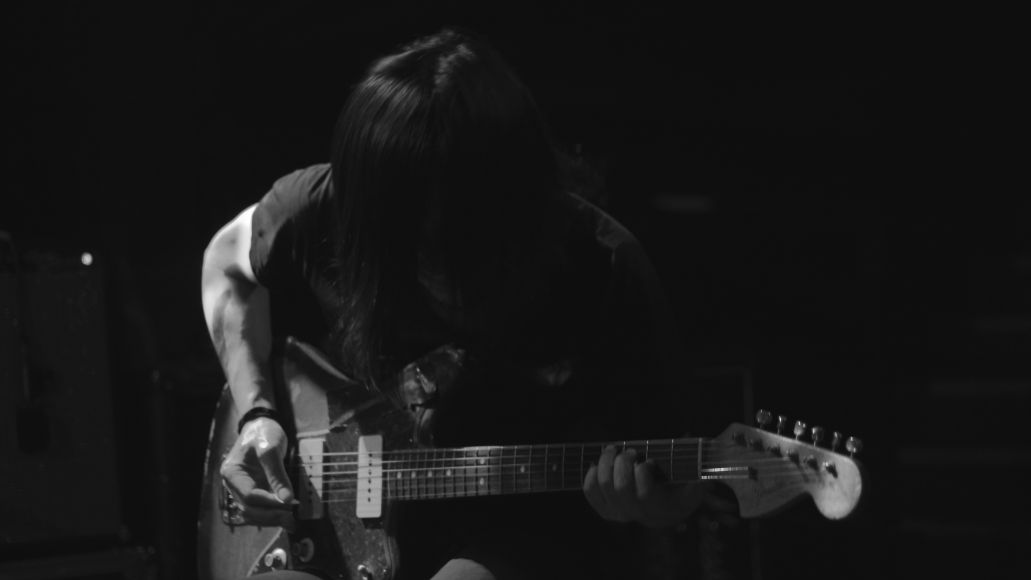 The Mono live adventure was an emotionally charged event best experienced seated, and the Troubadour’s balcony was even more overcrowded than usual. That’s not to say Mono weren’t a captivating live presence. Onstage, only multi-instrumentalist Tamaki Kunishi performed while standing — swaying along as if enraptured by her own bass sound when she wasn’t at the keyboard or glockenspiel. By the end of a 15-plus-minute rendition of You Are There standout “Yearning”, guitarist Takaakira Goto sent his stool astray as he leaped down to the floor to work his effects pedals and generally abuse his guitar.

In seven songs across 80 minutes, Mono mesmerized with intricately weaved soundscapes and built towards thunderous climaxes that proved some feelings are best articulated without speaking. Wordless music is rarely as drenched with majestic beauty and formidable power as what Mono unleashed Wednesday night in West Hollywood.