Three days into Morrissey’s tour, and the former Smiths frontman turned Chicano patron saint had to wonder what would happen next. What had been an otherwise standard opening show turned viral video gold when the stage-rushing fans of the Silicon Valley accidentally tackled the gloomy palooka to the horror of everyone in attendance, cutting the night’s final song short. Given Moz’s recent health woes, fear spread that subsequent dates might be in question, overshadowing the inherent hilarity of seeing Morrissey clobbered by adoring fans.

And it turns out night two did almost not happen, or at least the threat was very real, when Morrissey allegedly demanded PAWS cancel their appearance at the same venue, but in a separate room, on the same night as his. Speaking as someone who attends the venue in question about as much as any non-employee, Morrissey’s supposed concerns were probably unfounded, as I’ve never heard bleed from one room to the other. The building was remodeled specifically to do this. That said, the ticket price also was significant enough that I could see canceling the smaller show in the side room just to get the thousand lucky fans their money’s worth. A weird dynamic can take over the building when the crowds for both shows are too different, and at $75 bucks a pop to see Morrissey in a smaller room than he usually plays, I can see paying out the other bands to cancel the show. But regardless, the whole thing turned into a weird he said/Morrissey said story that had a hint of grandstanding and, even more, just showed a lack of professionalism. Most people don’t take behind-the-scenes music biz drama public, and I think Paws might learn this the hard way. 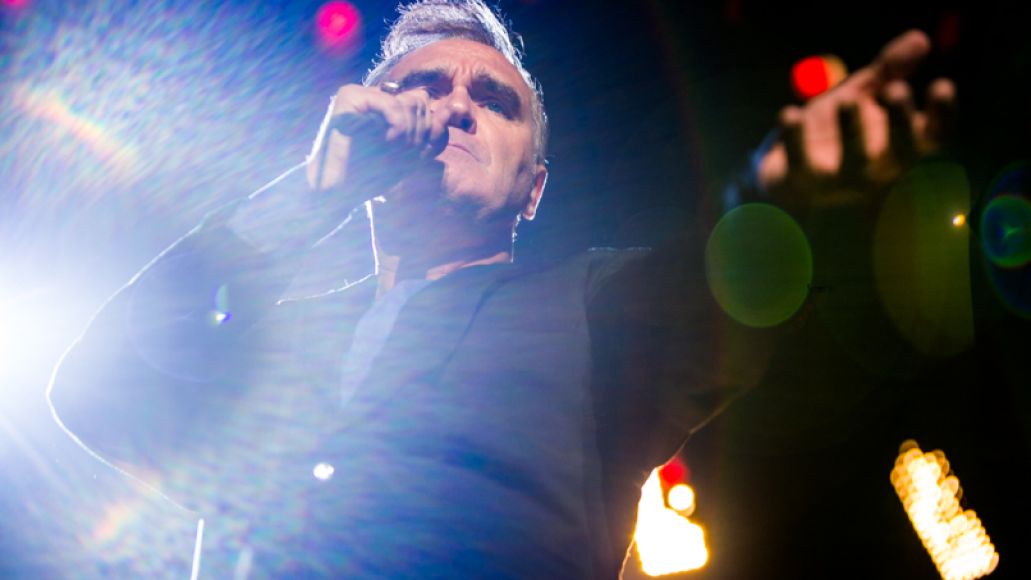 So, night three at the Sports Arena in L.A., with opener Tom Jones (!), was bound to provide some new, unforeseen drama, right? Eh, actually, it was sorta just a Morrissey concert. It was a solid-as-can-be Morrissey concert, but nothing newsworthy really happened, possibly signifying a bit of normalcy heading the Moz camp’s way. The setlist was virtually the same as it has been for a couple nights, featuring three Smiths songs, three new songs, a few solo hits, and plenty of for-diehards-only deep cuts.

A Morrissey concert is not without its curiosities, even without some sort of hitch. An L.A. Morrissey concert in particular is a special thing because of the Chicano culture that adores the singer, making up the vast majority of the crowd. Alas, are there other cities in America that Moz can play a basketball arena, the same venue that hosted Bruce Springsteen and Pearl Jam in recent years? I doubt it, and Morrissey clearly loves the culture that loves him, ending opener “Hand in Glove” with a sincere “gracias.” 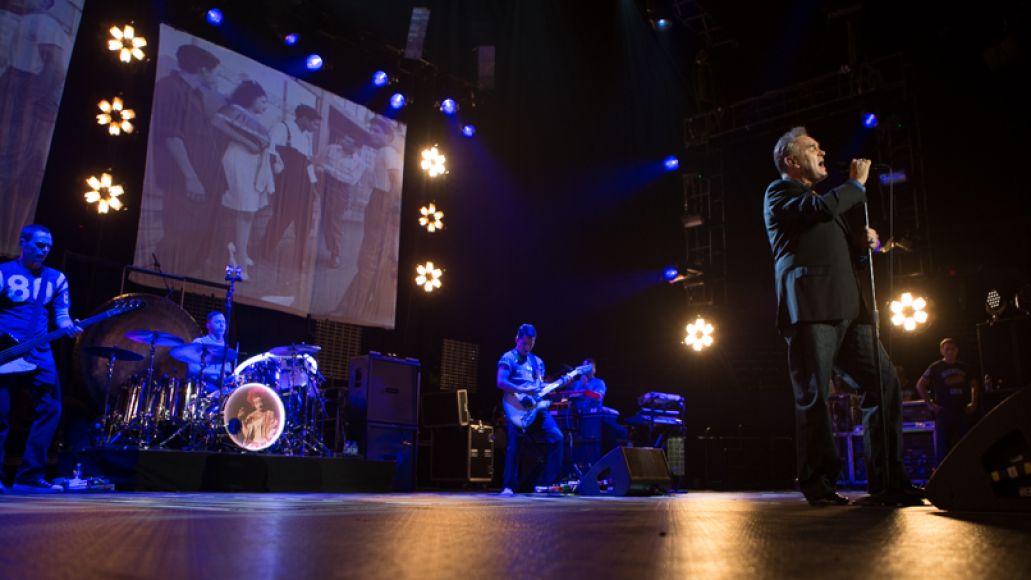 One of the more obnoxious parts of the PAWS story was the involvement of We Are Scientists, a band that is familiar for reasons unknown to me, but seemed to be sticking up for their tourmates with a series of nasty tweets about seeing Morrissey perform. Well, I can report in talking to people at the Observatory show and hearing Moz on Saturday night, We Are Scientists are full of shit. He sounds great. This makes the story ring with some suspicion, as We Are Scientists are not to be trusted. Morrissey had complete command of his voice and delivered a show that would please anybody that half-wanted to be there, let alone his legions of devoted.

During the set’s second song, a crowd surfer attempted to become a stage climber but was stopped just shy by security. But Morrissey walked over and locked hands with him. You could see the surprise in Moz’s face when the fan wouldn’t let go, so Moz and his stage manager pulled the gentleman up, revealing his true desire — a warm embrace with an idol. After getting a hug, the fan politely went back into the crowd, but I kept thinking this man seems pretty open to letting fans do what they want. Does this seem like the same kind of person who doesn’t care about the little man, keeping in mind that his entire audience is the working class Latin American, the cultural status level he has always tried to speak to and for. 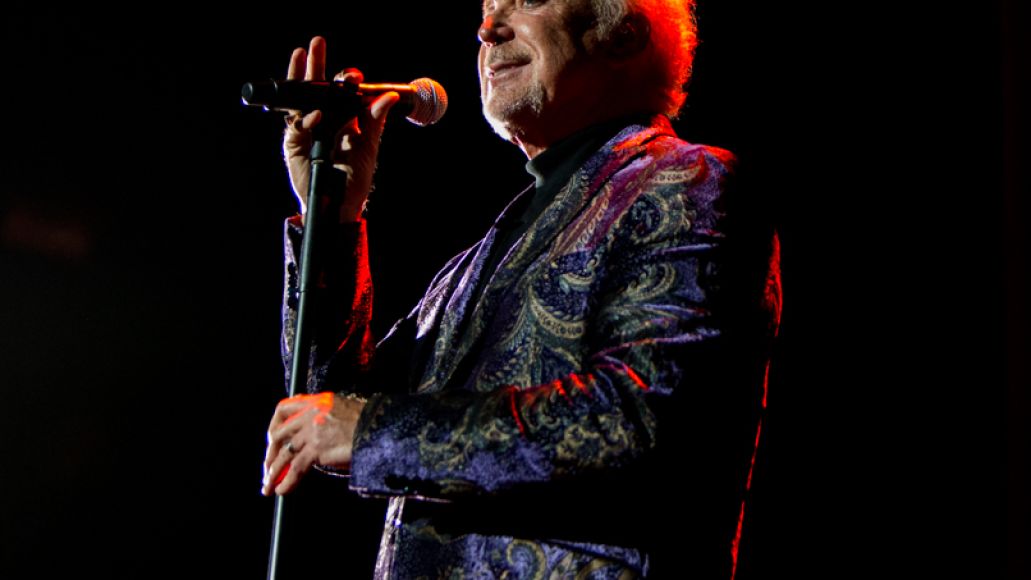 The amount of animosity towards Morrissey recently has been somewhat of a surprise, considering the enthusiasm with which he is also loved, sort of like Kanye except with a shorter creative peak. Opener Tom Jones, which made sense when you consider the loungey-ness of Moz at this point in his career, has had a completely opposite career arc. Jones has never been considered a creative genius or cultural apex, but he has endured through hard work and smarts.

With a career spanning 50 years, Jones plays a set nearly half-full of covers, including a version of “Bad As Me” by Tom Waits, and his own favorites. “Delilah” was such a favorite that the particularly drunk were still requesting it long after it had been performed. “It’ Not Unusual”, though, received the biggest reception I may have ever heard at a concert, where an entire arena exploded with joy. Upon finishing, Jones spoke about the half-century that has gone by since that song became his first hit. He then turned his back to the audience and walked toward the back stage, talking to himself as much as anyone, adding, “And it still sounds good.”

Both Morrissey and Jones are in the business of being loved, which makes them pretty lucky. Both performers show that they don’t take it for granted in very different ways. With Morrissey’s new album, World Peace Is None of Your Business, out soon, more touring will likely be coming and more news stories. But on Saturday, it was nice to just hear some songs amongst happy people, or at least people happy to be sad together. 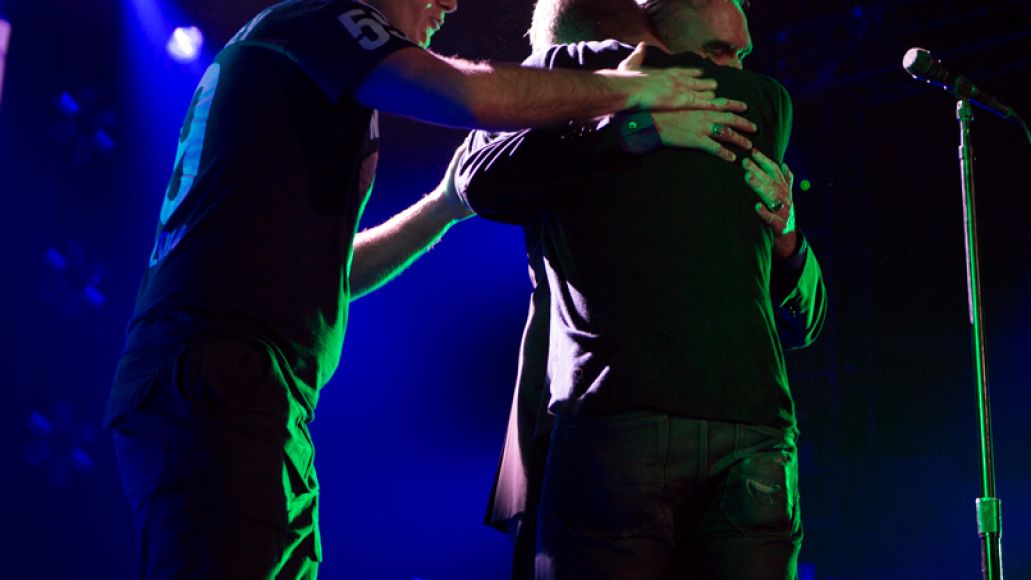 Setlist:
Hand in Glove (The Smiths)
Speedway
Ganglord
I’m Throwing My Arms Around Paris
The Bullfighter Dies
I Have Forgiven Jesus
Life Is a Pigsty
Everyday Is Like Sunday
To Give (The Reason I Live) (Frankie Valli)
Yes, I Am Blind
World Peace Is None of Your Business
Trouble Loves Me
Meat Is Murder (The Smiths)
Earth Is the Loneliest Planet
First of the Gang to Die
I Know It’s Gonna Happen Someday
The National Front Disco
Encore:
Asleep (The Smiths)
One Day Goodbye Will Be Farewell 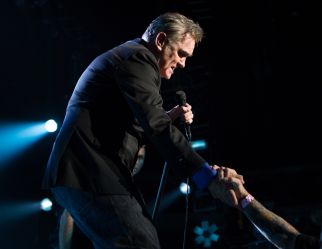 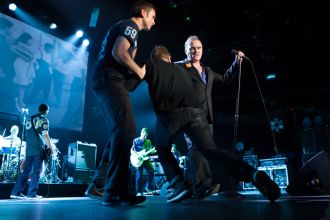 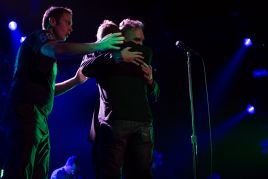 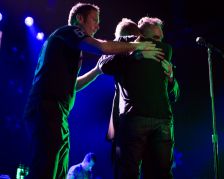 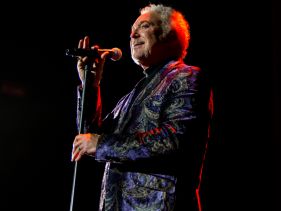 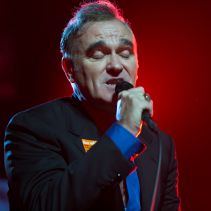 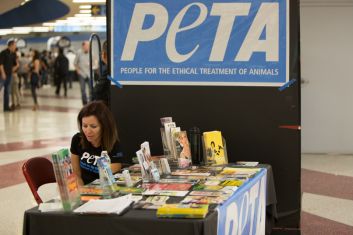 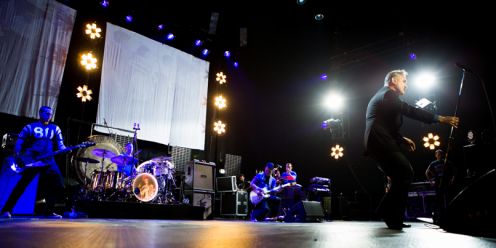 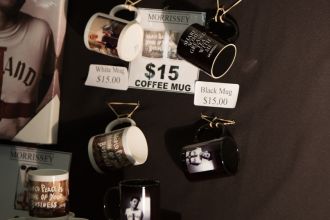 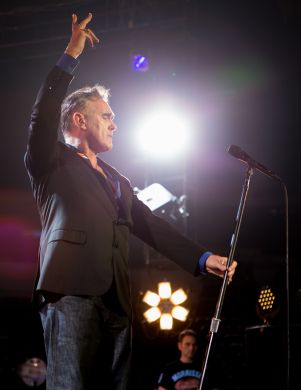 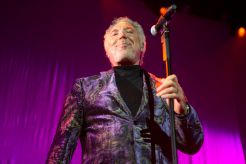 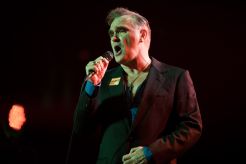 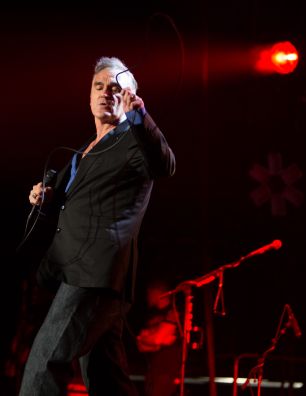 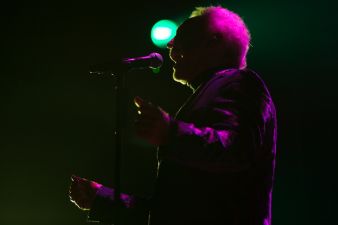 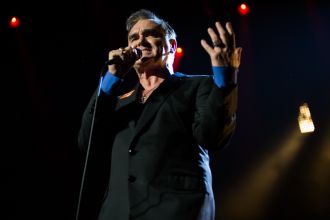