Riot Fest has revealed the lineups for its Chicago and Denver festivals, and to say they’re impressive would be an understatement.

The Denver festival will take place September 19th – 21st at May Farms in Byer, CO. The Cure, The National, and Wu-Tang Clan will again serve as headliners, alongside other notable acts such as Slayer, The Flaming Lips, Weezer, Rise Against, Primus, TV on the Radio, Descendents, Social Distortion, Glassjaw, Failure, Bob Mould, Buzzcocks, Hot Snakes, Taking Back Sunday, and Sublime with Rome.

Riot Fest has also announced the addition of The Cure to its Toronto festival, which takes place September 6th – 7th in Downsview Park. The rest of the lineup, which was announced last week, includes The National, Death Cab For Cutie, Death From Above 1979, The Flaming Lips, Social Distortion, The Afghan Whigs, Paul Weller, Metric, Rise Against, Stars, Dropkick Murphys, Bob Mould, Thurston Moore, Buzzcocks, Glassjaw, and The New Pornographers.

Tickets to all three festivals are now available through the festival’s website. A press release notes that even more bands will be announced soon. 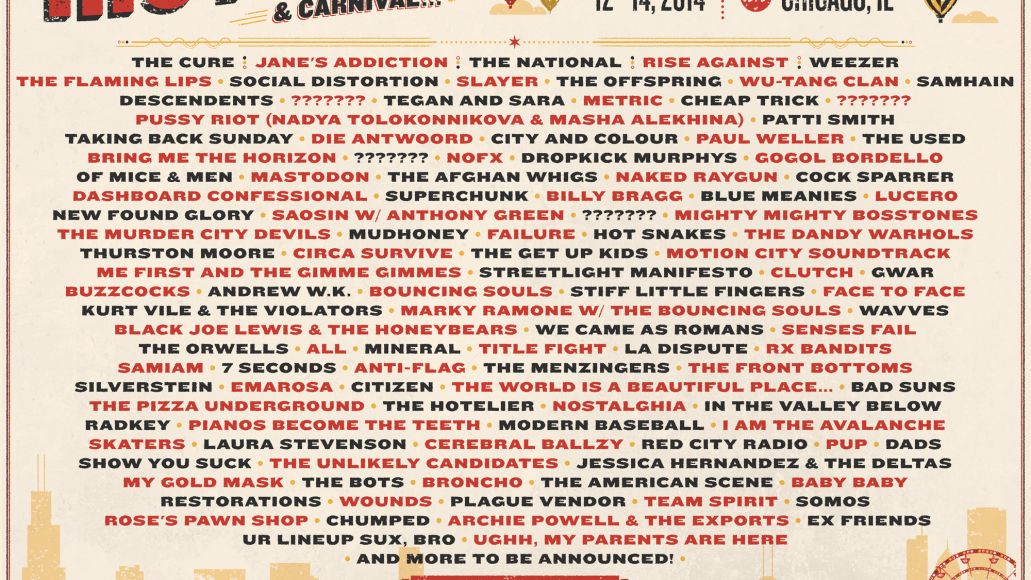 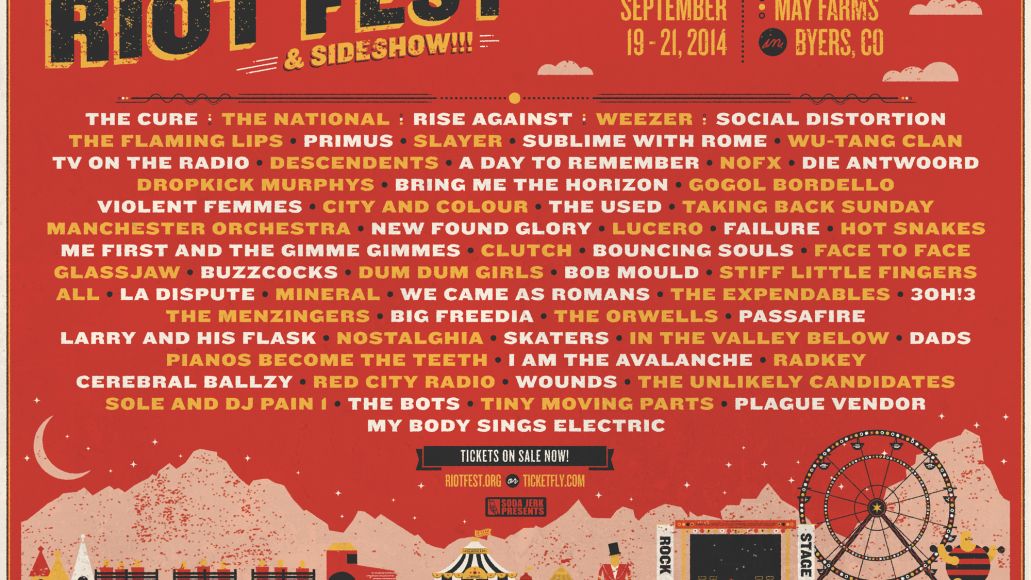 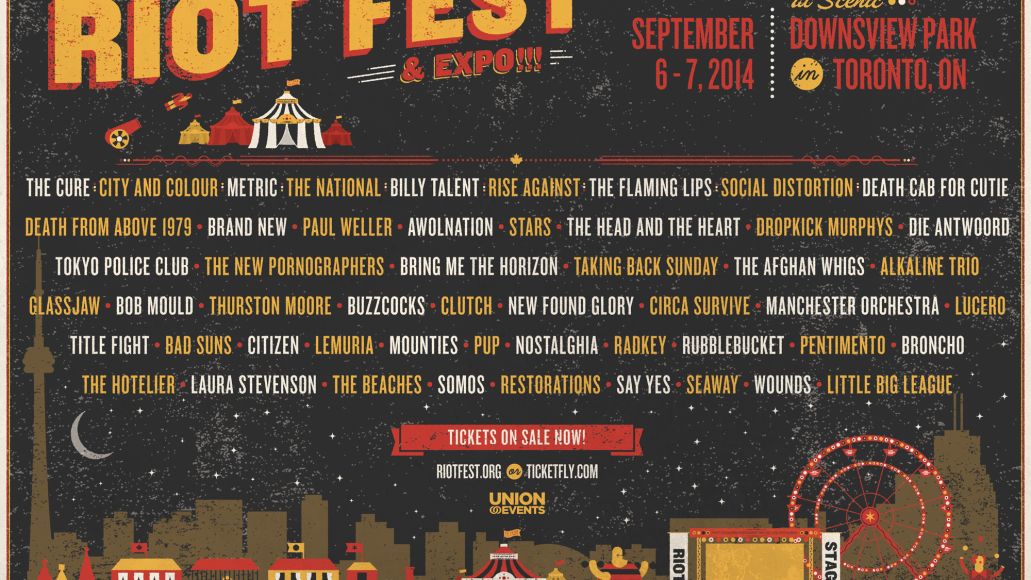