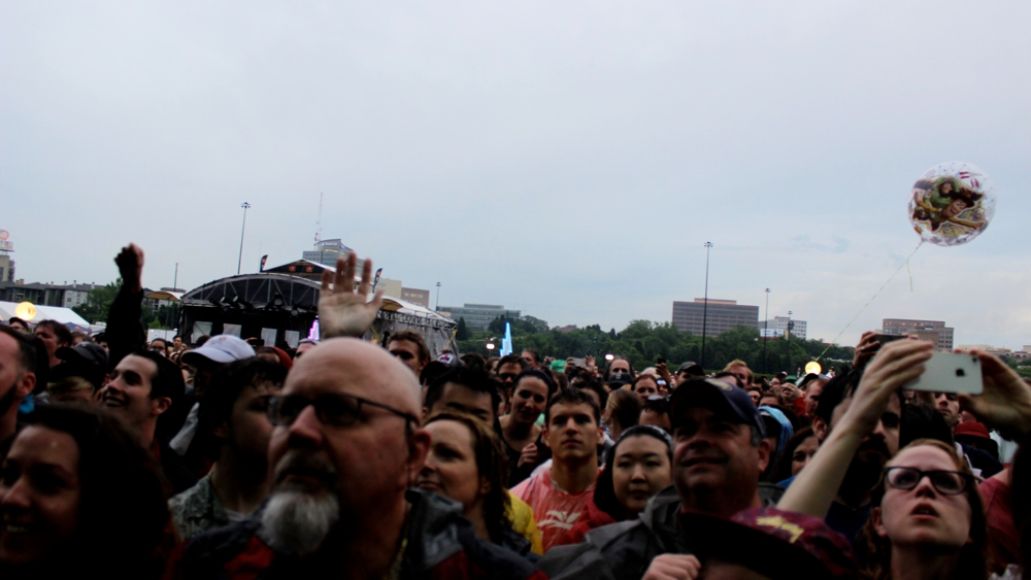 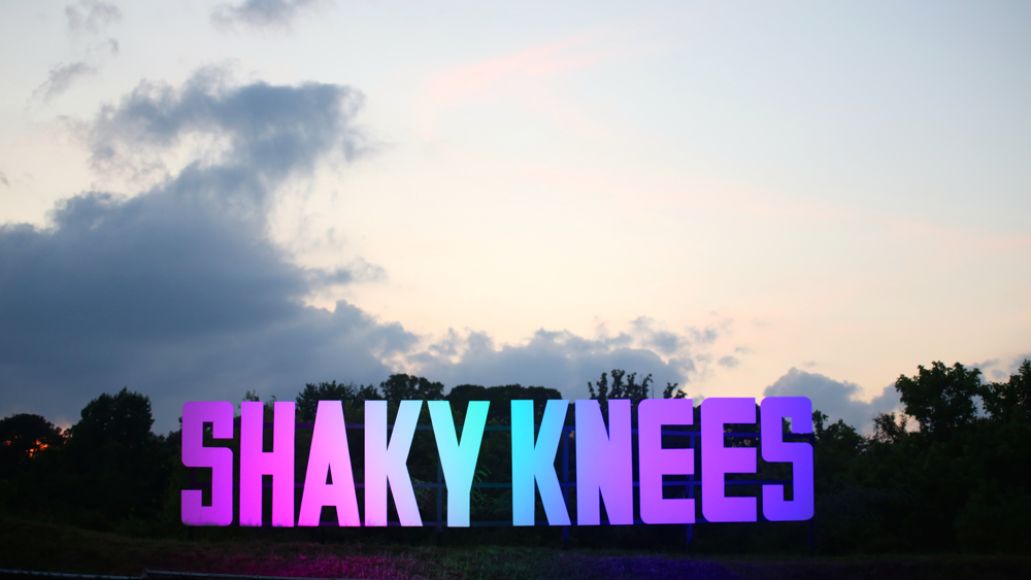 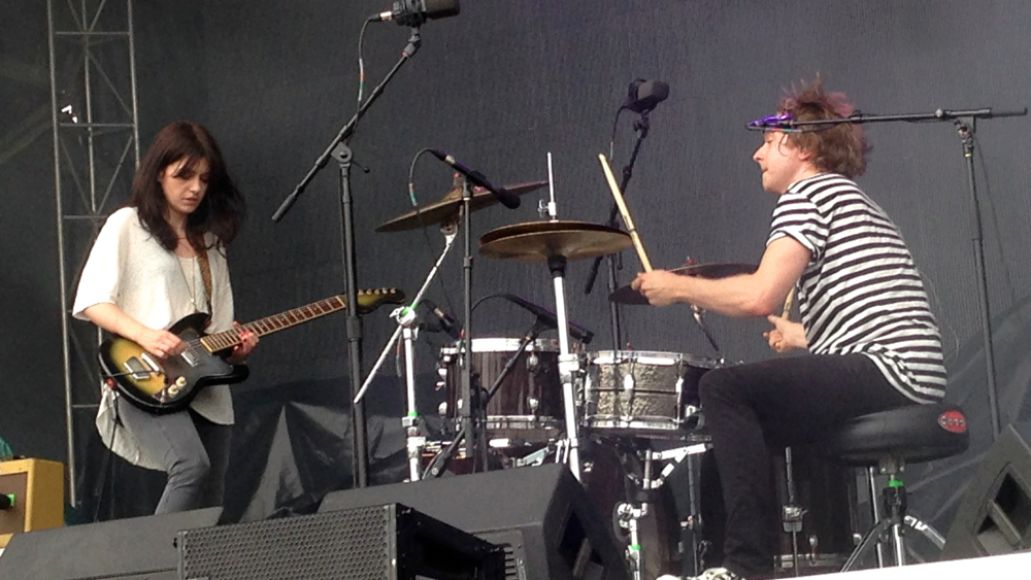 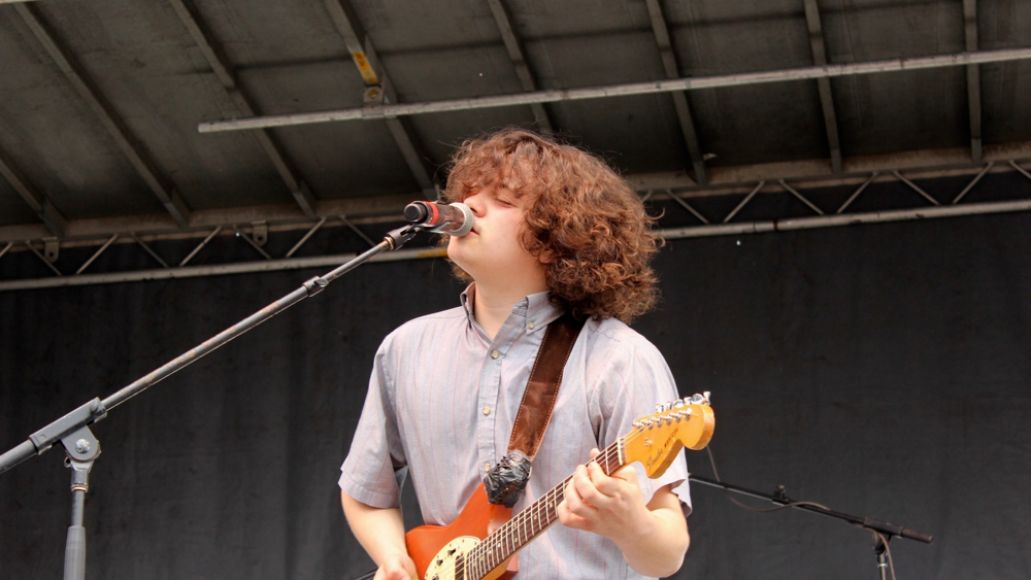 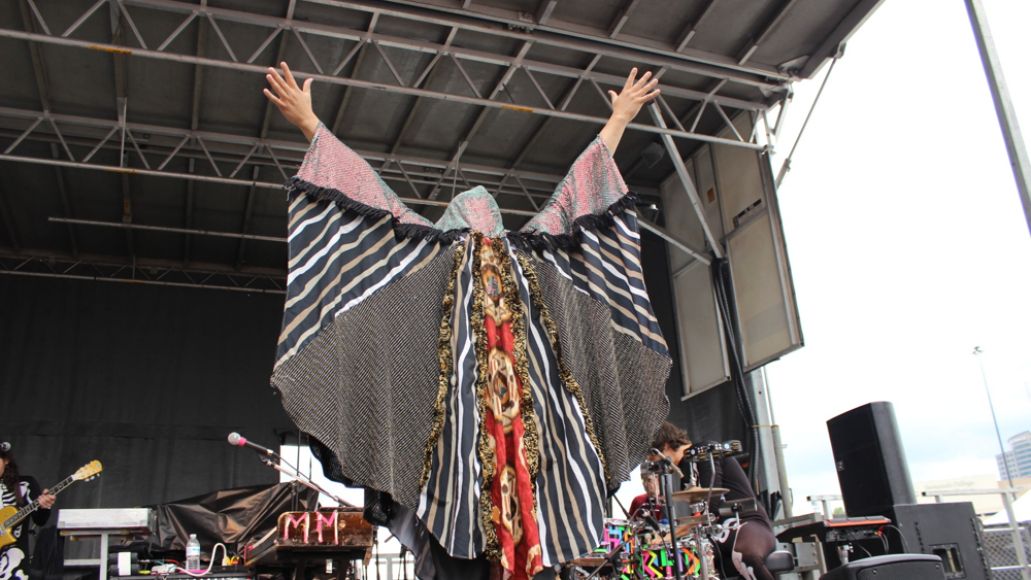 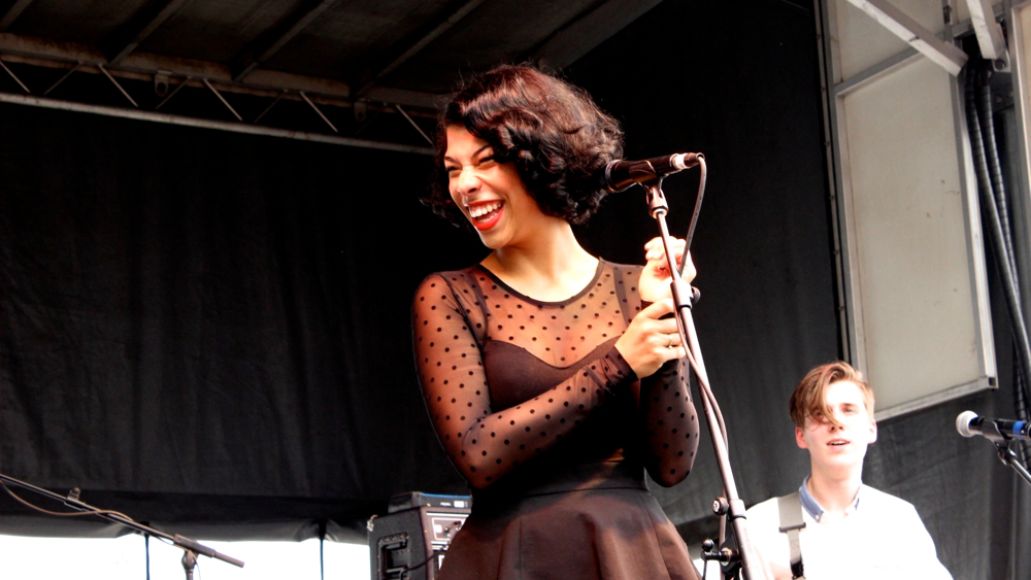 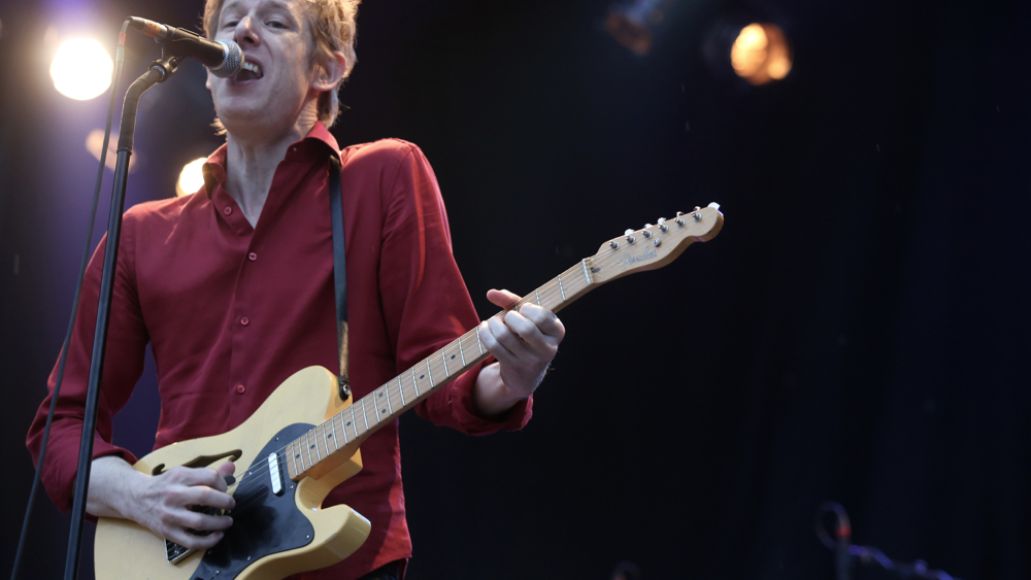 Spoiler: Spoon aren’t playing any new material yet. (We proved that last week.) But hey, no complaints here, at least not when a setlist moves and shakes this good. Starting with Ga Ga Ga Ga Ga‘s “Don’t You Evah” and wrapping up with that album’s closer “Black Like Me”, the hour and 15-minute set (see: full setlist) swept over the fans both casual and die-hard like buddah. (And yes, there were many devotees there. Earlier on, Britt Daniel observed: “You! I saw this guy the last two nights. How ya doin?”) What separates this from any nostalgic act, however, is that we know Daniel can still write a perfect tune — see 2012’s A Thing Called Divine Fits — so in a way, these new Spoon shows are more of a celebration, a way for them to get back in line and find their footing. After all, their last album, 2010’s Transference, wasn’t exactly chicken and waffles for their critics and fans. Still, its strongest tracks are worth clutching, and that’s why few zoned out during “Trouble Comes Running”, “Got Nuffin”, and “Who Makes Your Money”. (Personally I’d take “Written in Reverse” over the latter, but okay.) Even more fascinating was the warm reception of deeper cuts like Girls Can Tell‘s “The Fitted Shirt”. Smiling at the crowd’s energy, Daniel asked, “This is turning out okay, huh?” So far, so good. –Michael Roffman