Earlier this month, Sennheiser, in association with Spotify, launched the MOMENTUM Campaign. Here, 100 unique stories from across the globe will be shared, tales of creative spirits with MOMENTUM looking to push the world forward with innovation and creativity. With insight from some of the world’s most inventive artists and entrepreneurs, the goal is to motivate others to uncover their own unique sense of MOMENTUM.

Among the 100 stories is singer Imogen Heap. Known for pushing boundaries in both songwriting and on stage, Heap’s latest feat sees her combine her classical training and tech-saaviness into the The Mi.Mu. Like a real-life Power Glove, the device, created over four years with a team of scientists, allows musicians to step away from computer screens and keyboards and create music using the power of human dexterity, blurring the line between human and machine. The gloves, Heap says, have already shift the paradigm for creating and performing music across cultural spectrums. 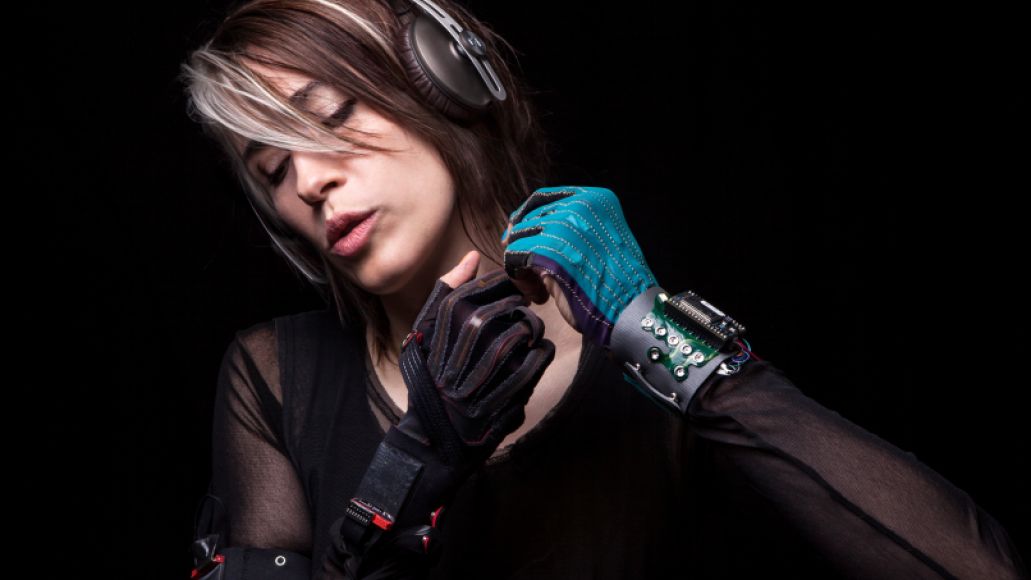 “The Gloves are my dream come true, beautiful wearable-tech garments, that allow me to break the barrier between me: the musician, the creative and elements of my chosen computer software instruments, effects or workstation,” she said. “I can now bring those sounds ‘out of the box’, gesturally, expressively and wirelessly where I’ve found other external controllers have failed.”

Now, Imogen is hoping to share the gloves with the rest of the world, recently launching a Kickstarter campaign to fund mass production. “This was initially a personal passion project but after various demos and performances with the gloves,tons of people have expressed their desire to get their hands in a pair of their own, so we’re making them available to other creatives on our Kickstarter campaign. I hope they liberate many other musicians as they’ve done for me! It’s amazing to be able to sculpt sound out of thin air!”

Below, watch as Heap recounts the Gloves’ creation, how excited she is for the future of composition, and where she draws her own personal MOMENTUM.

Want to share your own MOMENTUM video, or just watch clips from others? Head here. Each week, 10 submissions will be chosen and awarded a slew of gifts, including MOMENTUM headphones and a six-month subscription to Spotify Premium.

Sponsored Post: Imogen Heap has MOMENTUM, pushing music production into the beyond with Mi.Mu