“I wonder how much it’d cost to book ____ for my birthday/wedding/Super Bowl party/music festival/funeral?” It’s a question that’s surely floated in the mind of anyone who reads this site. Well, for those of you actually serious about shelling out a few Gs on your favorite band, Degy Entertainment (via priceonomics) has put together a helpful little guide on who costs what.

It’s worth noting that the data culled on these charts are asking prices from a third-party booking agency, so the prices are likely much different than, say, what a Coachella or Lollapalooza might pay. Some seem a little high (Goo Goo Dolls and Gypsy Kings will evidently cost you six digits!), while others are outrageously low (Kanye West is three or four times the $400-600k range currently listed… believe me, I’ve looked into it).

All that being said, here are a few quick takeaways:

— Want to invite Morrissey over for Italian? It’ll only cost you $100k. What’s more, you can have We Are Scientists open for $7-10k.

— Dave Matthews’ $1 million asking price a little out of your budget? Why not book the Dave Matthews Tribute Band for the low, low cost of $5-10k.

— Want The Fratellis to play “Chelsea Dagger” at your bar for three hours straight? That’ll be $15,000.

— Daft Punk are not for sale. 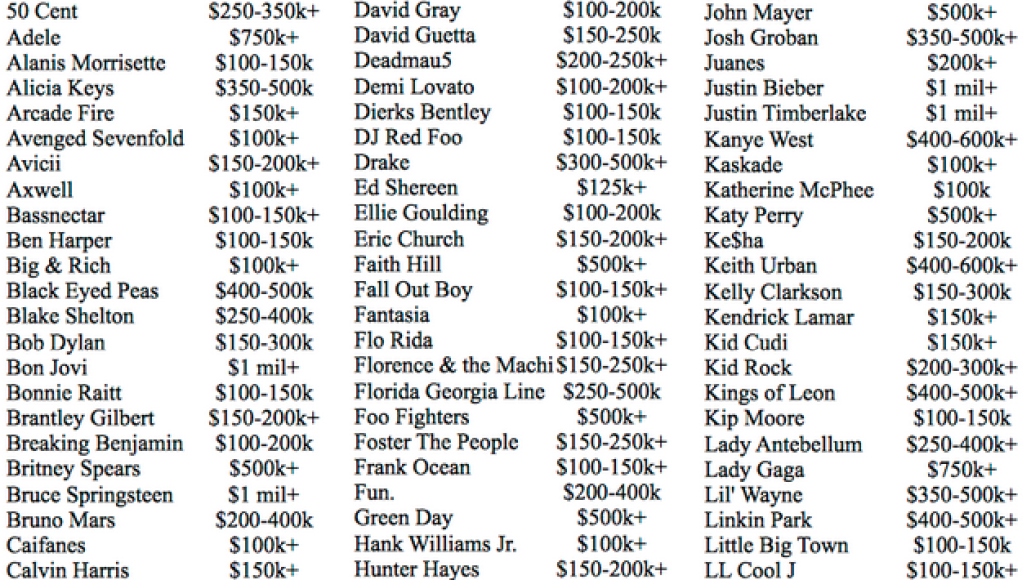 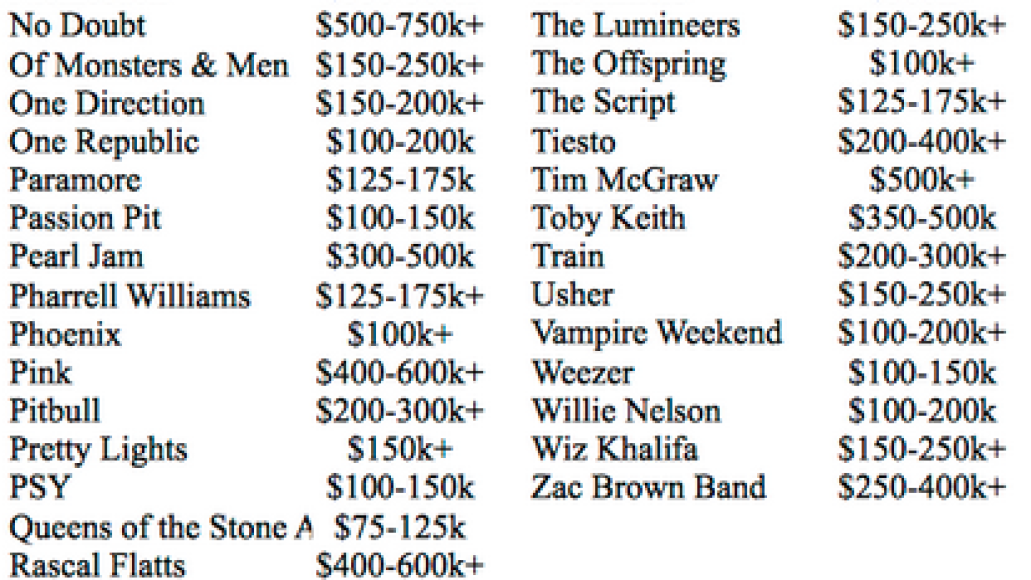 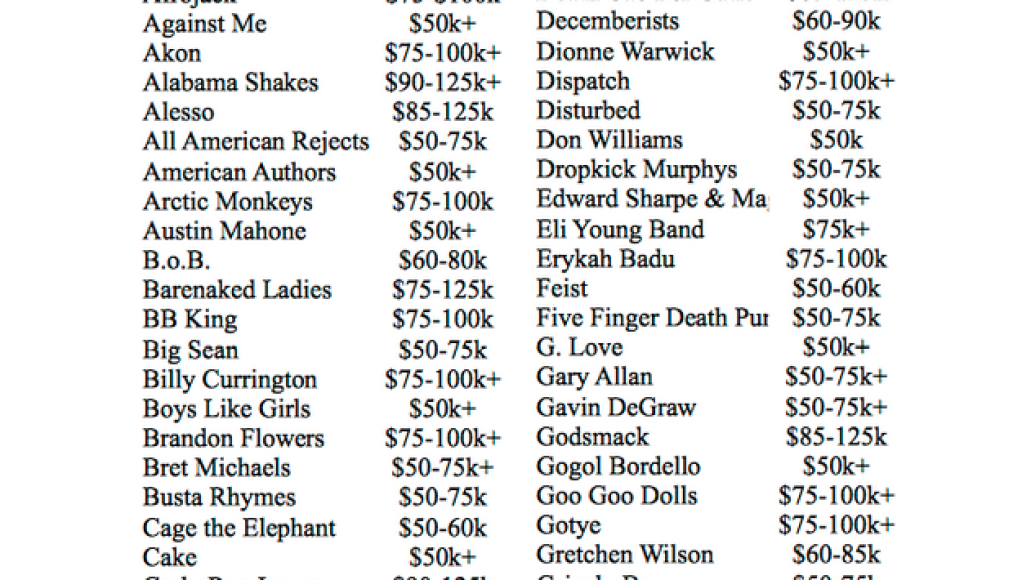 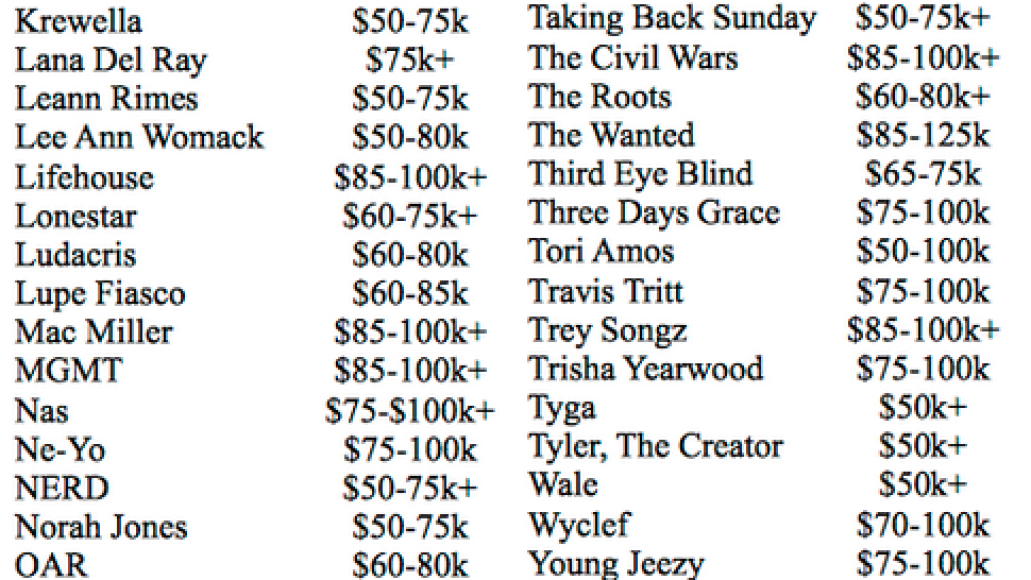 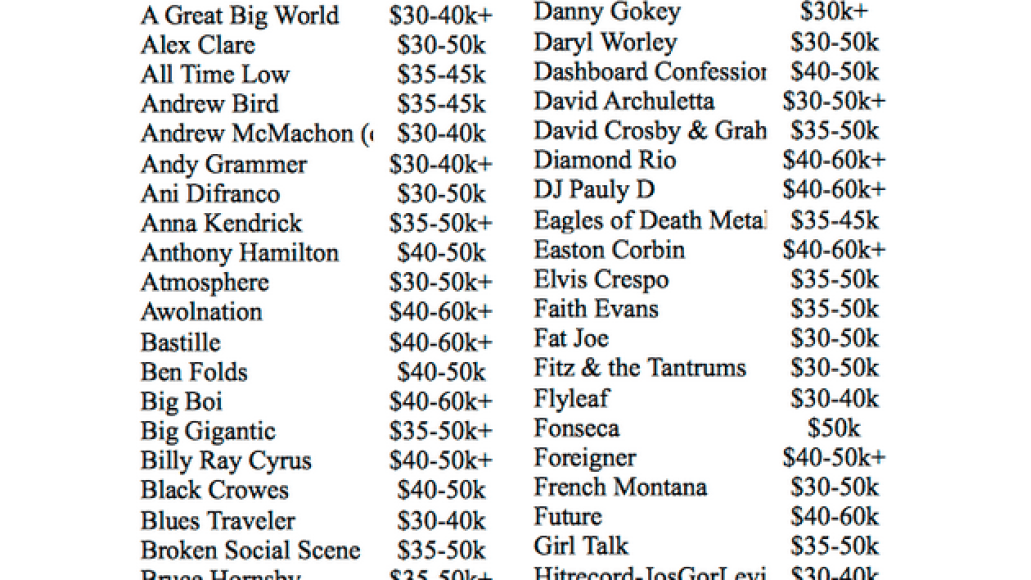 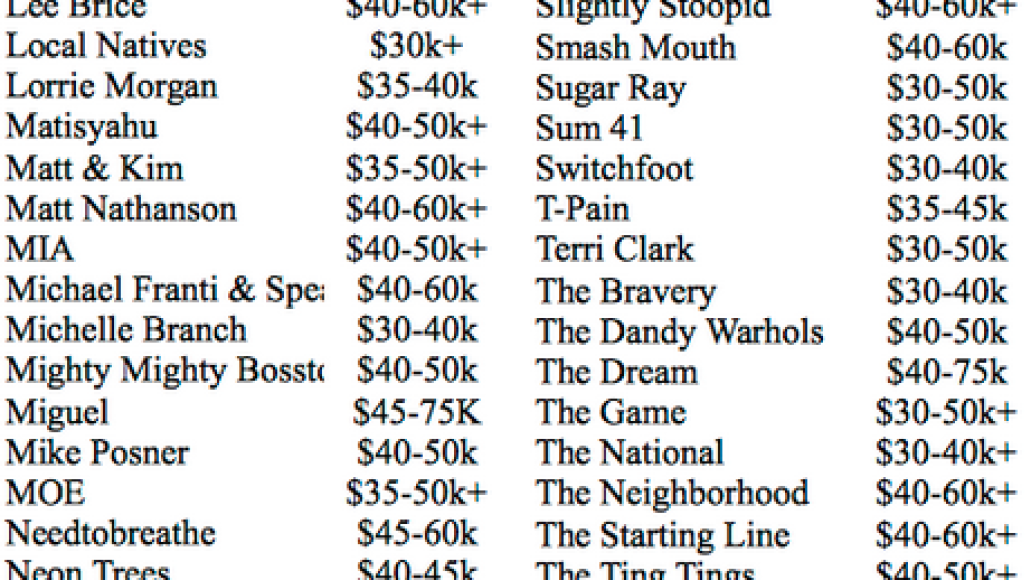 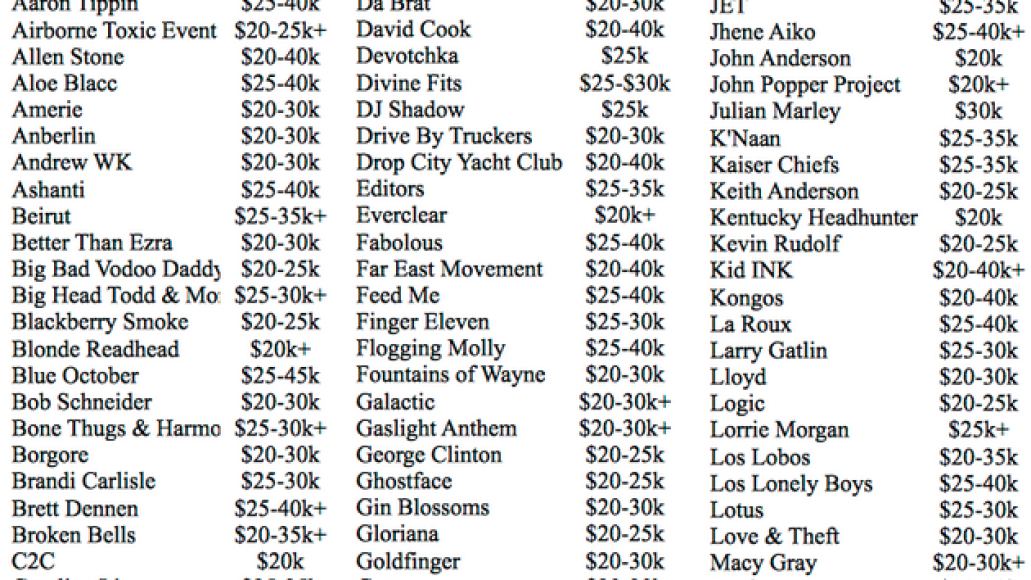 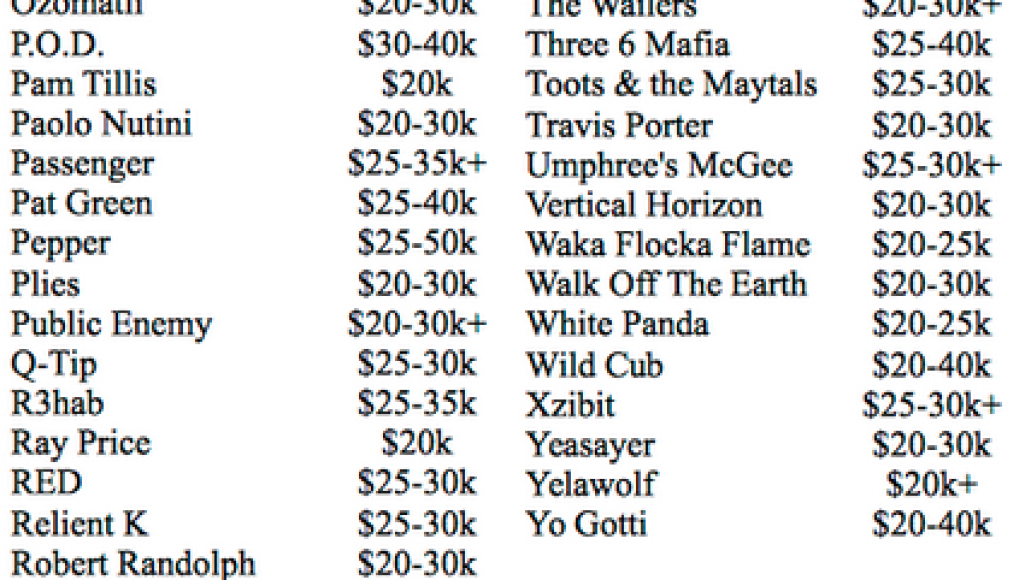 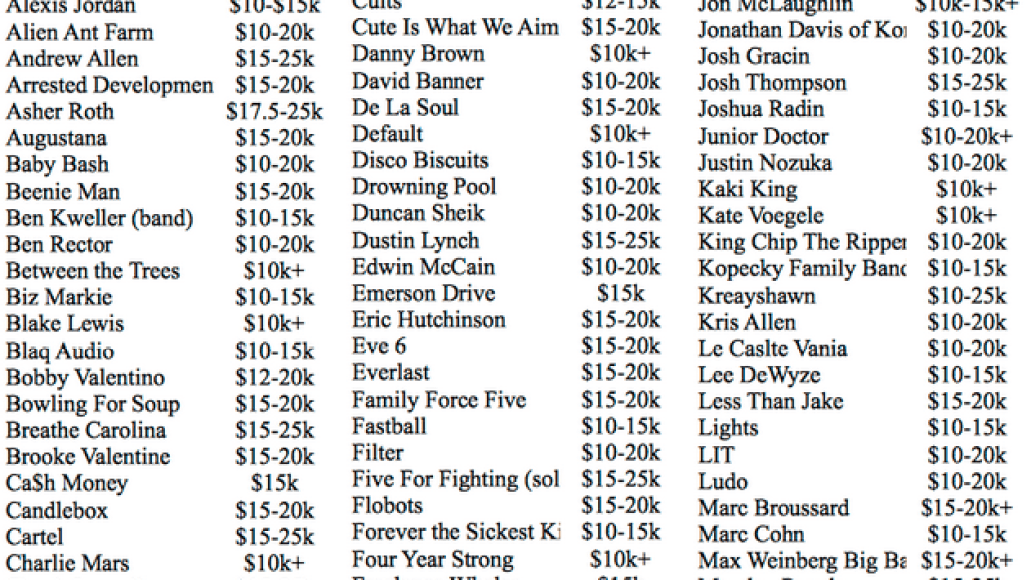 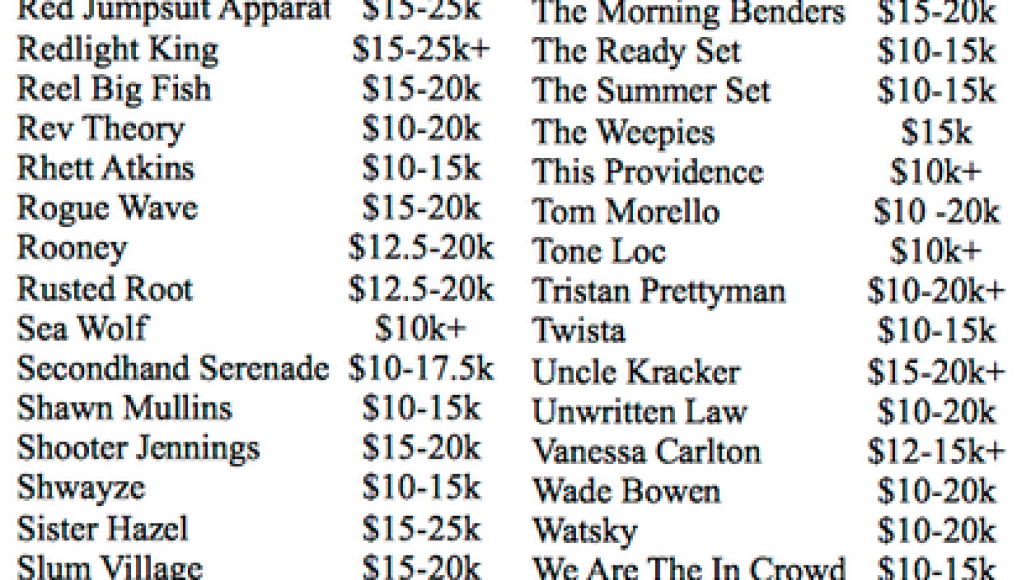 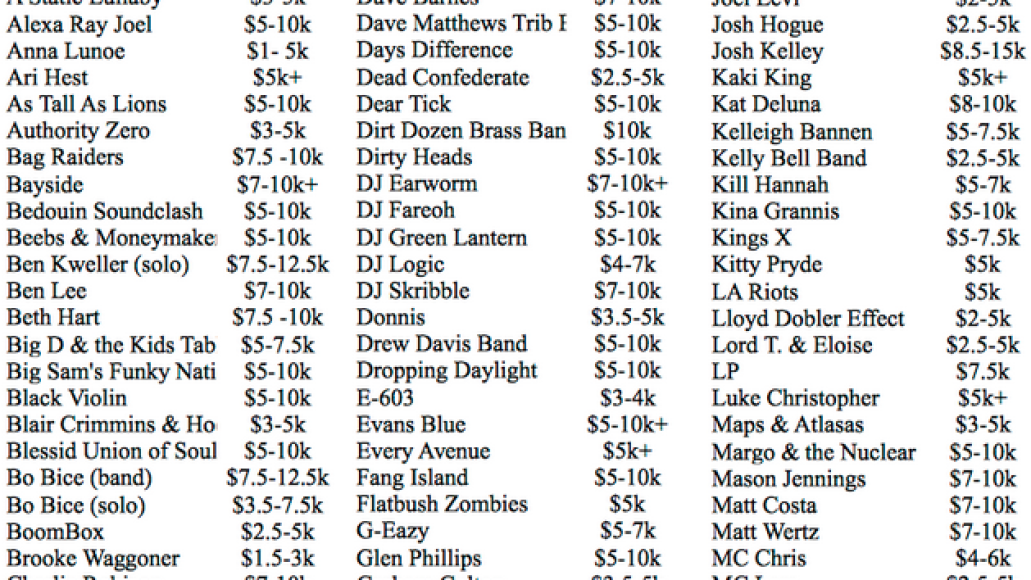 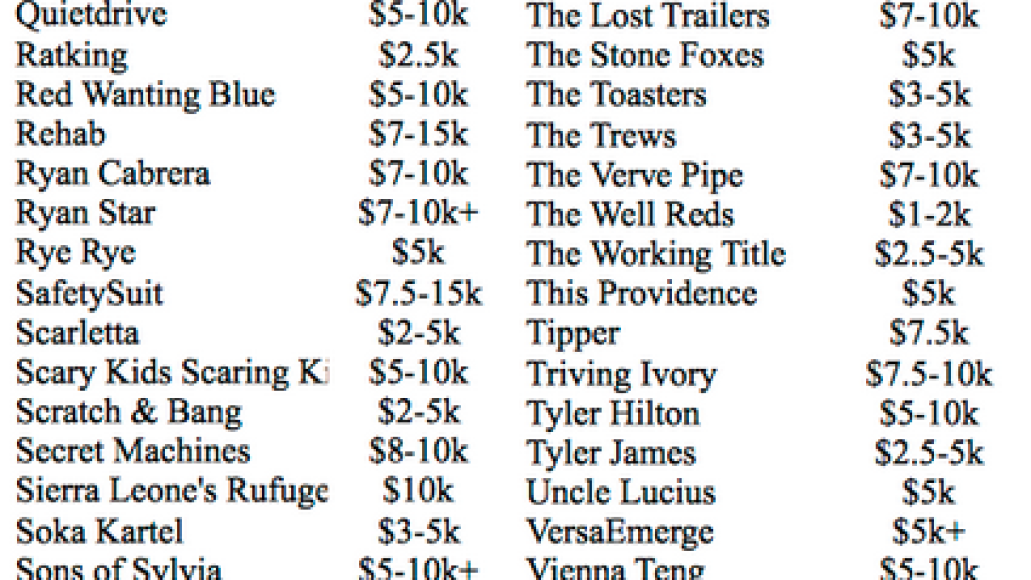 Want to book your favorite band? Here's how much it'll cost