The world of hip-hop is all about the lyric. The breadth of a rapper’s vocabulary could easily determine the level of their creativity, and that includes making up words like “apologin” or “wanksta.” So while being able to do the best impersonation of Webster’s doesn’t necessarily mean you’re the most accomplished artist, it’s still an interesting question: who has the largest vocabulary in the game?

New York data analyst and coder Matt Daniels decided to find the answer. He looked at the first 35,000 words in the lyrics (from 2012 and earlier) of a variety of rappers and tallied how many unique words each individual used. Why only the first 35,000? Well, besides that being an insane number to count and compare for a large sample size, Daniels explained, “That way, prolific artists, such as Jay-Z, could be compared to newer artists, such as Drake.” He counted mixtapes for acts short of the benchmark, but even that left artists like Biggie and Kendrick Lamar with too few lyrics to be included. Daniels also allowed words like “pimps”, “pimping”, or “pimped” to each be counted separately. Still, he admits even this has its flaws; for example, do you count “shorty” and “shawty” as the same word? Science aside, Daniels dug through the work of 85 artists, and his results are worth a look.

According to Daniels’ numbers, San Francisco’s own Aesop Rock comes out with the biggest lexicon in hip-hop. In fact, it’s not even close; with 7,392 unique words, Aesop’s closest competition is GZA (only counting his solo work) with 6,426 words. Daniels points out this would put Aesop literally off the chart if he’d adjusted the above image for scale. The rest of the Wu-Tang Clan’s members break down thusly: RZA at #6, the group itself at #7, Ghostface Killah at #9, Raekwon at #20, and Method Man at #23. Other members didn’t have enough solo material to count, but U-God’s contribution of nearly 1,375 unique words in his first 3,500 lyrics on Wu records helped bring the group to the top 10. 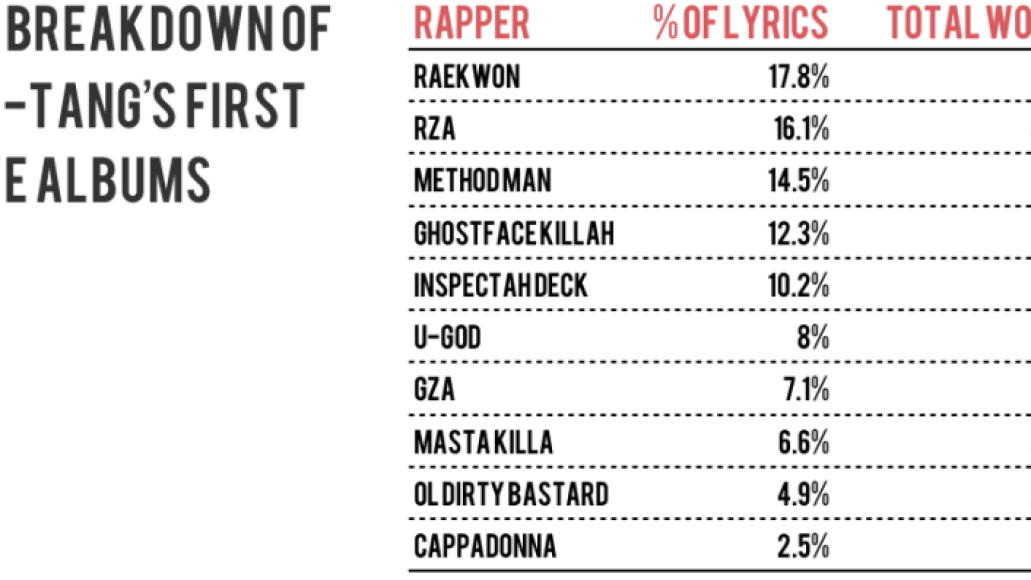 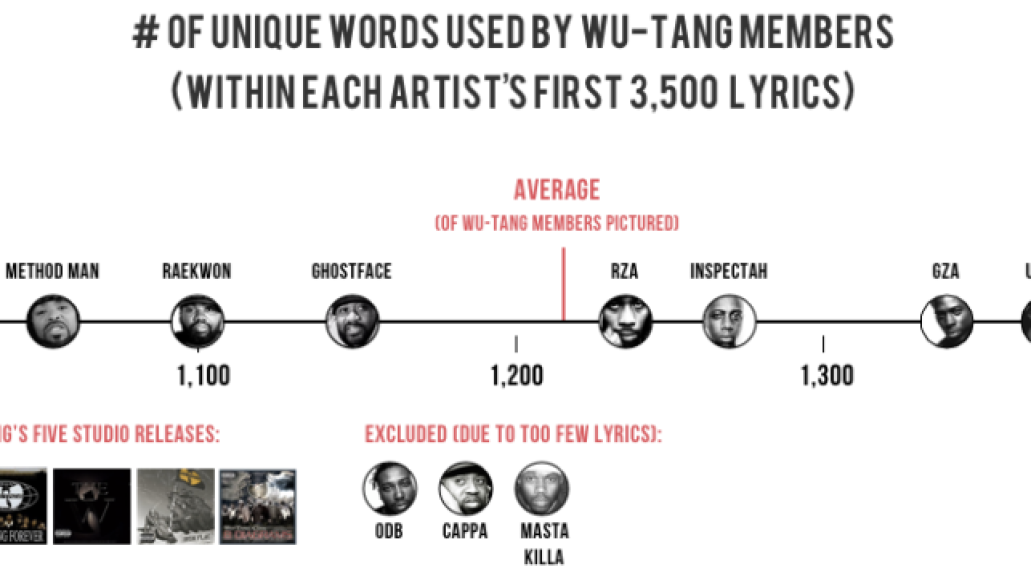 Rounding out the top 5 are relative unknowns: Kool Keith, Canibus, and Cunninlyguists (in that order). Meanwhile, big-name acts like Snoop Dogg, 2Pac, Kanye West, and Lil Wayne sit near the bottom — #67, #68, #71, and #72, respectively. The rapper with the worst vocabulary? DMX (“But this shouldn’t undermine an artist whose raw energy and honesty were the most memorable qualities of his music,” Daniels qualified).

While West Coast OG E-40 and southern icons OutKast come in at #14 and #15, Daniels notes that the prolific artists are outliers from their regions. As the chart below shows, the East Coast undoubtedly has an overall vaster grasp on the English language. 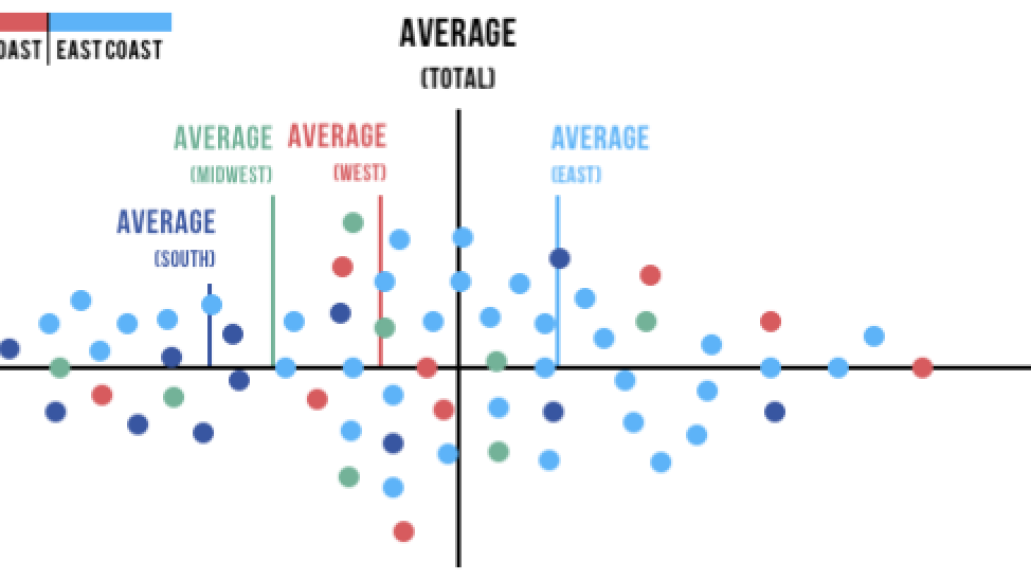 For a clearer picture of where artists like The Roots, Mos Def, Nas, Eminem, Ice Cube, and, yes, even Insane Clown Posse (hey, Kool Keith is in the top three) fall, head to Daniels’ blog.

Which rapper has the biggest vocabulary?