Update: Voting is closed! Click here to vote in round two.

Last week, we asked you to submit your top three contenders for the title: Greatest Drummer of All Time. We received thousands upon thousands of submissions, ranging from Neil Peart to Travis Barker to even Animal of The Muppets. After spending a good afternoon collating them all together, we came up with an appropriate tournament bracket entirely based on your responses. 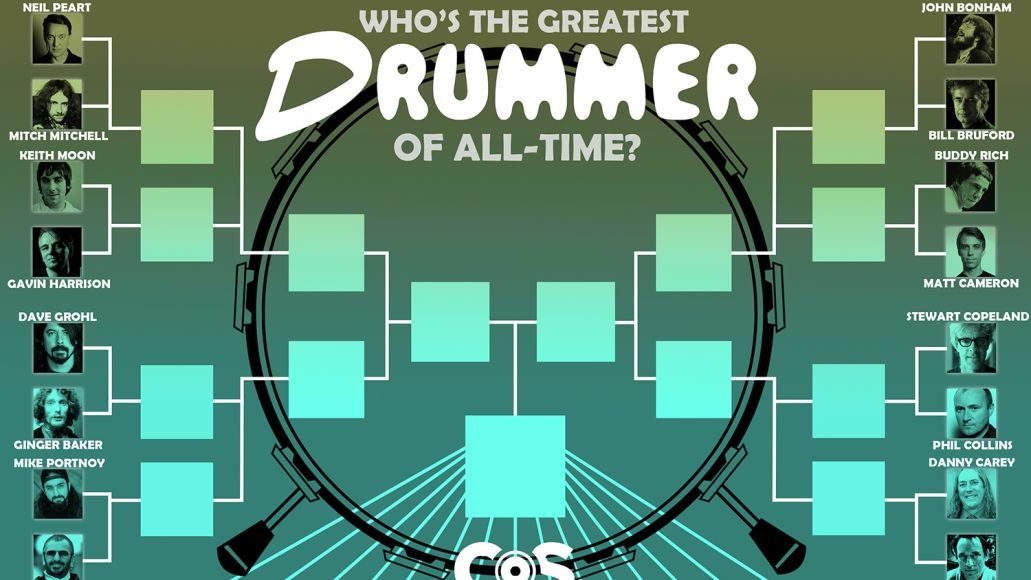 So, over the next month, we’re going to host a round of matches each week, in which we’ll ask you to vote on each matchup to take us to the next round. By the game’s end, we’ll finally know which guy with the sticks reigns supreme. As always, we encourage a discussion in the comments below, but please be civil. In other words, more Ringo Starr and less Keith Moon.

Don’t forget: The voting booth is on the last page.

Who's the Greatest Drummer of All Time? Round One