Bonnaroo Music and Arts Festival was named our Festival of the Year last year, and its 2014 lineup has it poised for a repeat. On June 12-15th, the ‘Roo will return to Manchester, Tennessee’s Great Stage Park with Elton John, Kanye West, and Jack White headlining the bill. If that weren’t enough, Lionel Richie, Vampire Weekend, Phoenix, Arctic Monkeys, Nick Cave & The Bad Seeds, Damon Albarn, Neutral Milk Hotel, Disclosure, James Blake, and even Ice Cube will also be there. Oh, there are also three all-star SuperJams; one brings together Skrillex and a guy from The Doors, for dern’s sake. Despite the loads of schedule conflicts, you just can’t go wrong.

Unless, of course, you aren’t actually on the Farm when it all goes down. That’s where we come in; we’ve got one pair of four-day GA passes to give away. All you’ve got to do is enter using the widget below and you could be the lucky individual who gets to turn to their best friend and say, “We’re going to Bonnaroo.”

Note: Winner must provide their own transportation… and tent. Entry enrolls you into CoS Newsletter. 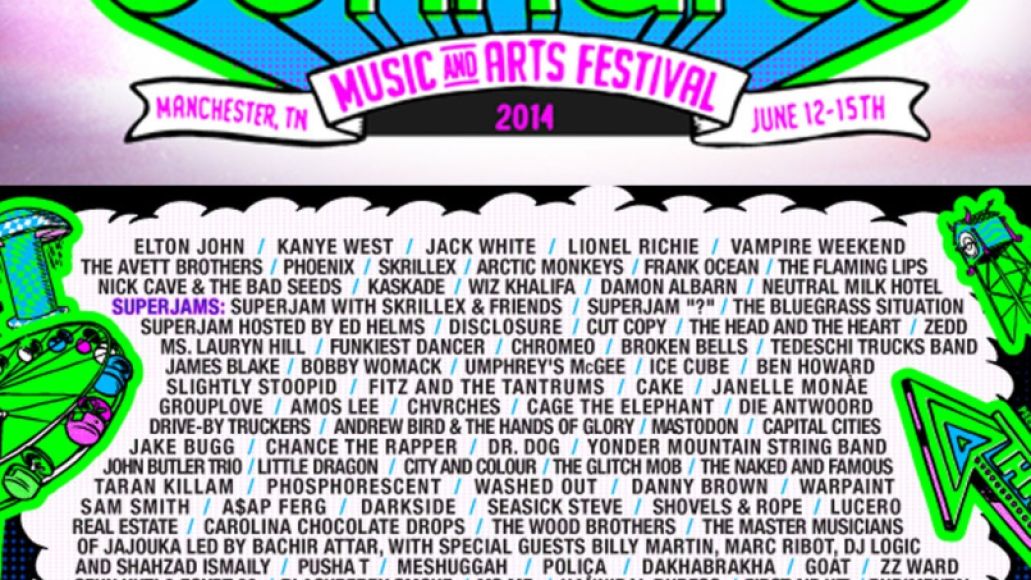